Just a quick one, Alun Heseltine sent me a pic of him and his daughter, who clearly deserves most of the credit for the second place ;) with their prize, a gift voucher for Element Games. Hopefully they'll be able to get something cool from them. 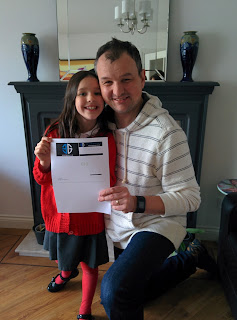 Meanwhile the copy of Imperial Knights Renegade arrived yesterday from Wayland Games [what can I say I'm ecumenical], so I've opened it up and separated out Liam's Paladin [who wanted to go halves on the box] snf Marc's prize which I'll ship to him in Australia, in case you're all interested this is the un-boxing: 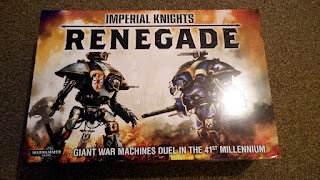 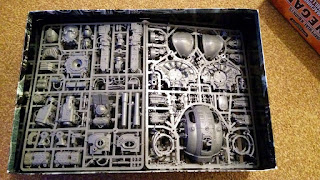 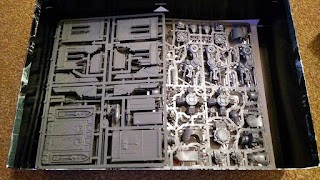 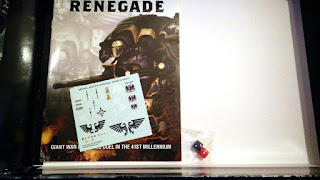 All that's left is to see it safely to the other side of the world but rest assured the competition has made some folk very happy and I look forward to the next one :)
Posted by 40kaddict at 13:11