Finally got these done, I may have gone over the top a little bit on the weathering powder on the tyres but I can live with it. 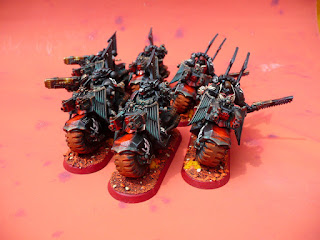 Obviously the OSl on the headlamps is still a little too opaque but the gloss highlight certainly gives the impression this is from a light source and not something else. 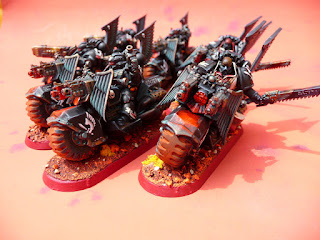 I have to admit thought that my idea of these guys a brooding unit of shadowy black hunters has been thrown out the window with all the extra colours, trimmings, badges, litanies, patina and effects. It's a positive cacophony of colours. 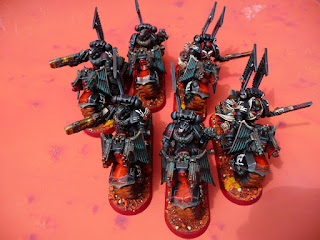 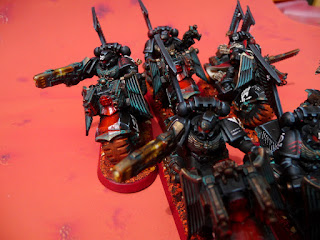 Here's one of the units of three. 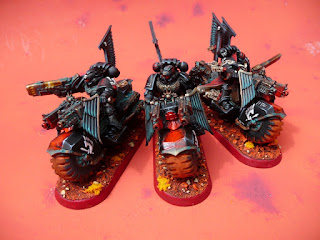 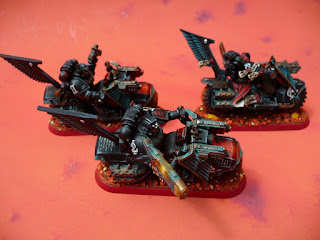 The screens came out OK, especially as I switched to Tamiya Clear Orange X-26, instead of Tamiya Clear Red X-27. The orange added richness to the red already present and made the white 'targets' orange so there was variety in the display. 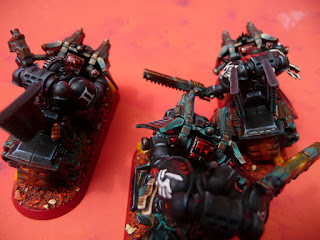 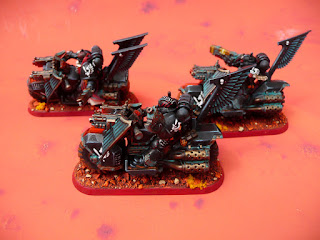 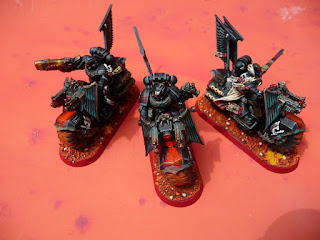 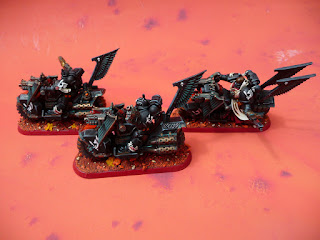 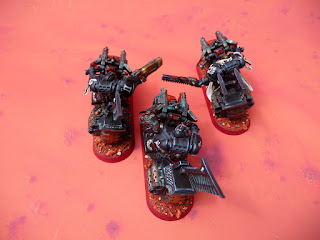 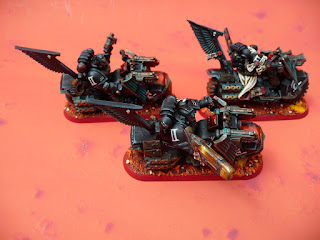 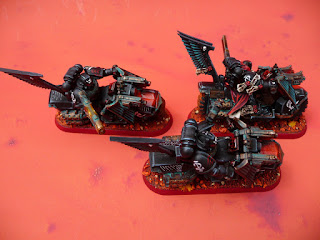 Surprisingly the '2s' were far easier to paint than the roman numerals. I'll have no fear of doing these in the future, expect more curly gothic numbers! 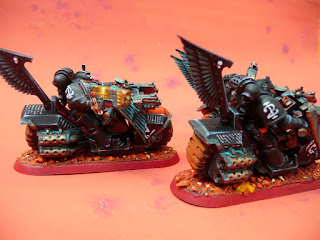 Here's where the weathering powder looks a little OTT. 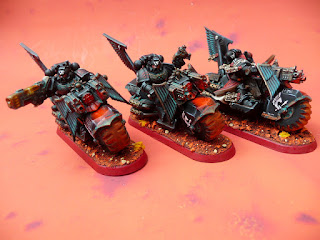 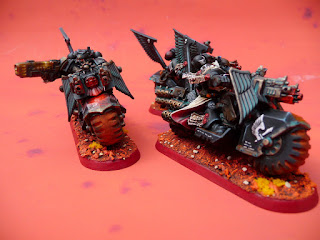 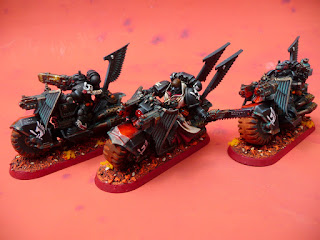 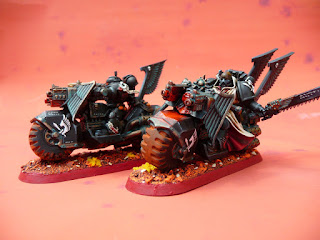 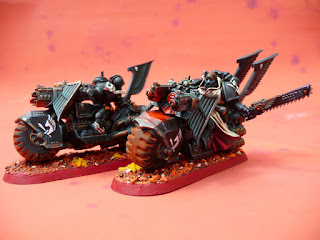 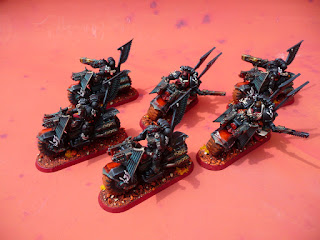 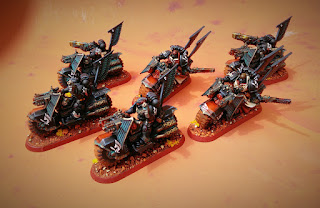 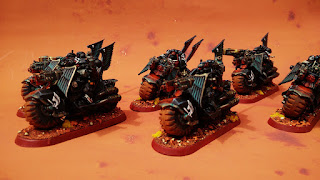 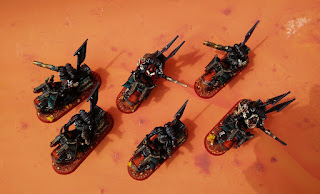 Big green stamp of approval to me, thanks for your patience with it all this time! Some more gallery pics coming soon.