WAR!, Huh! What is it good for? Absolutely killing anything on the table. Carnifex are clearly the great winners in new 7th edition. With Smash attacks being nerfed 'Billy Big Time' who doesn't want D3 S9 Hammer of Wrath attacks plus 4 [or even 5] S9 attacks on the charge. 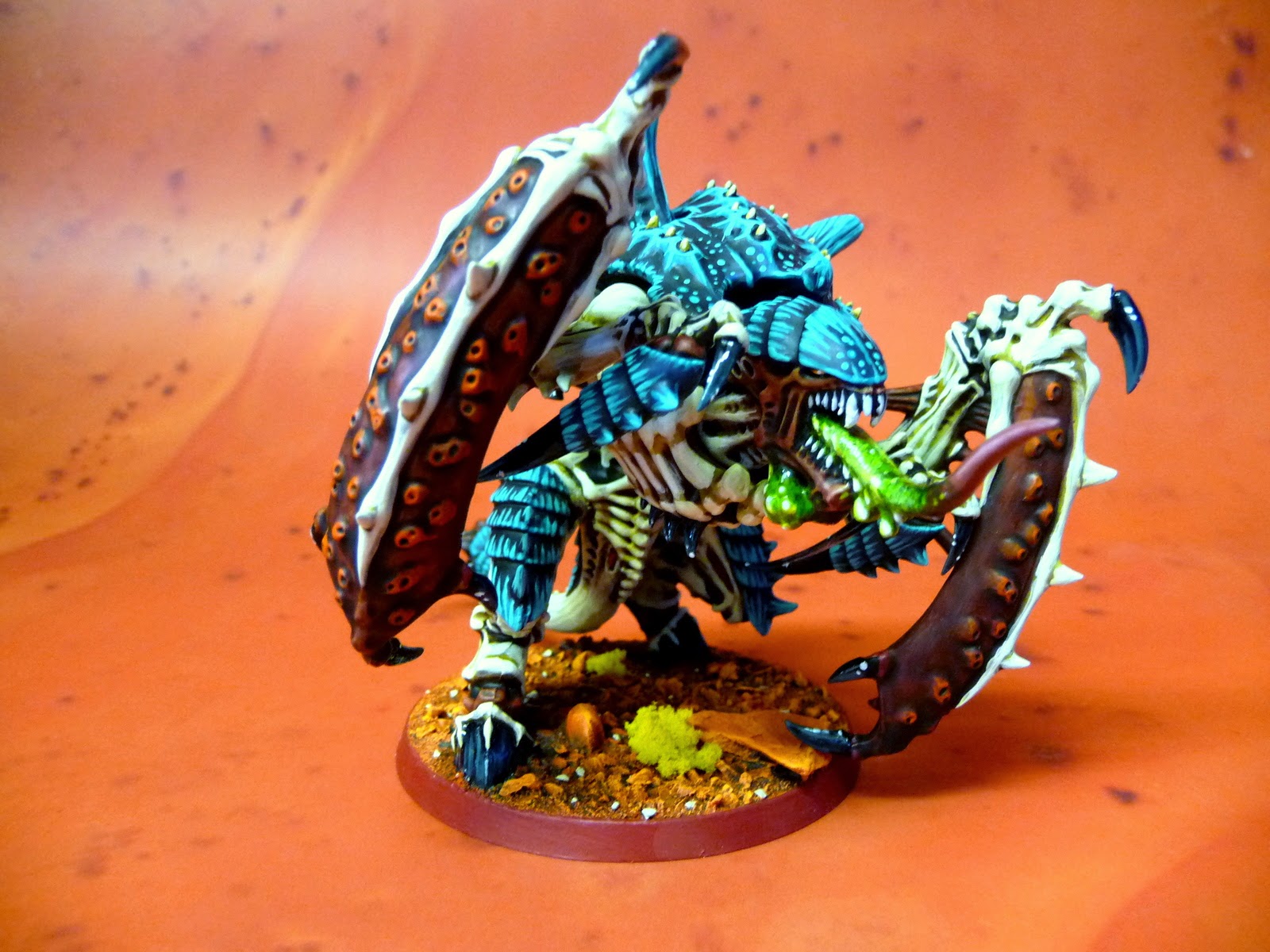 Even when kitted out with twin-linked Brainleech Devourers they can beat up on tanks better than almost any other Tyranid MC. Their only problem their lower Initiative, which is why mine keep losing to Wraithlords. Either that or the tiny talons it's got!

I'm looking to get another Carnifex so they can tag team. I learnt a valuable lesson about their potential in my first game at Throne of Skulls so having two would give me more firepower and durability. 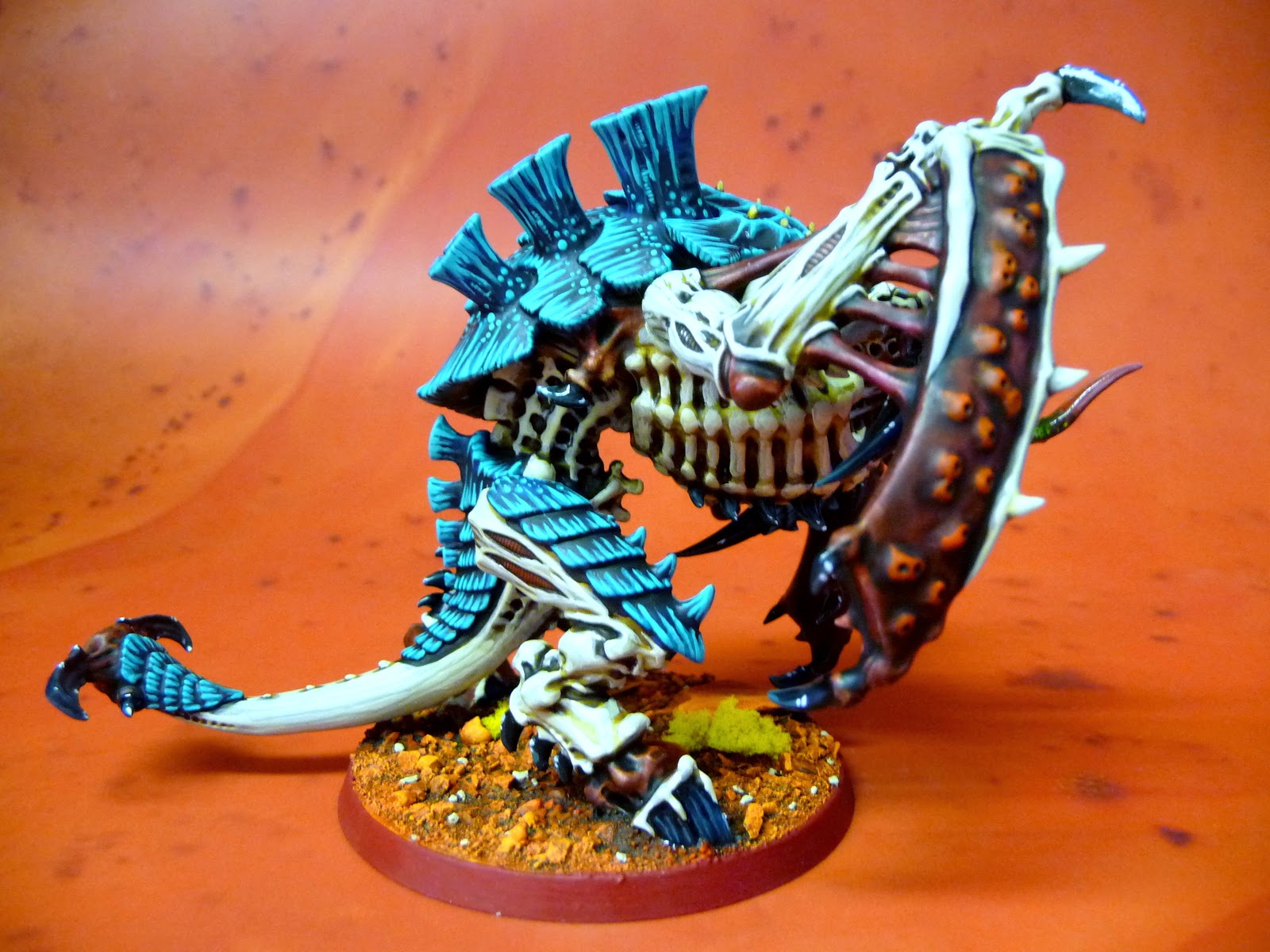 Some cloe up shots of his carapace. 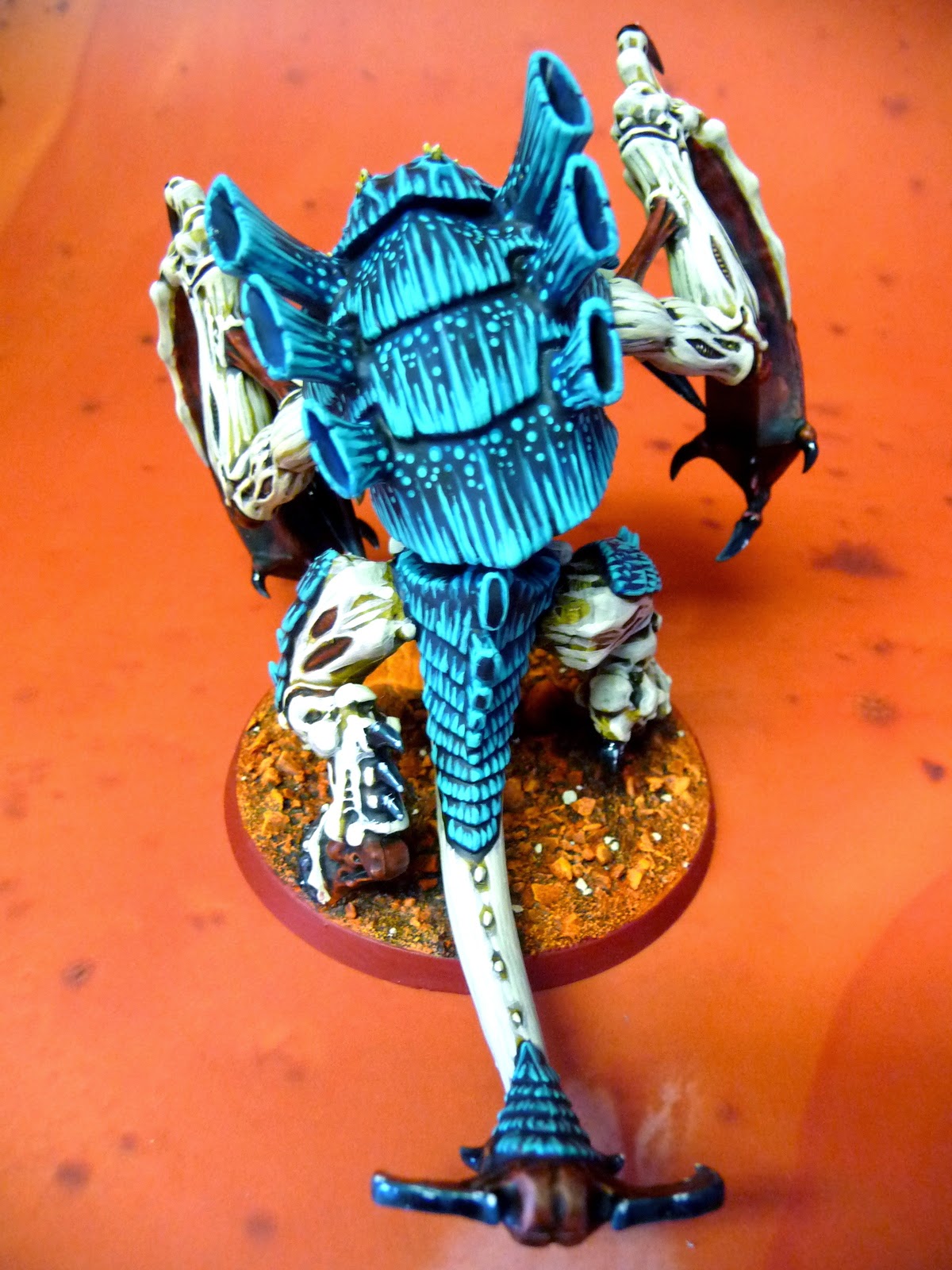 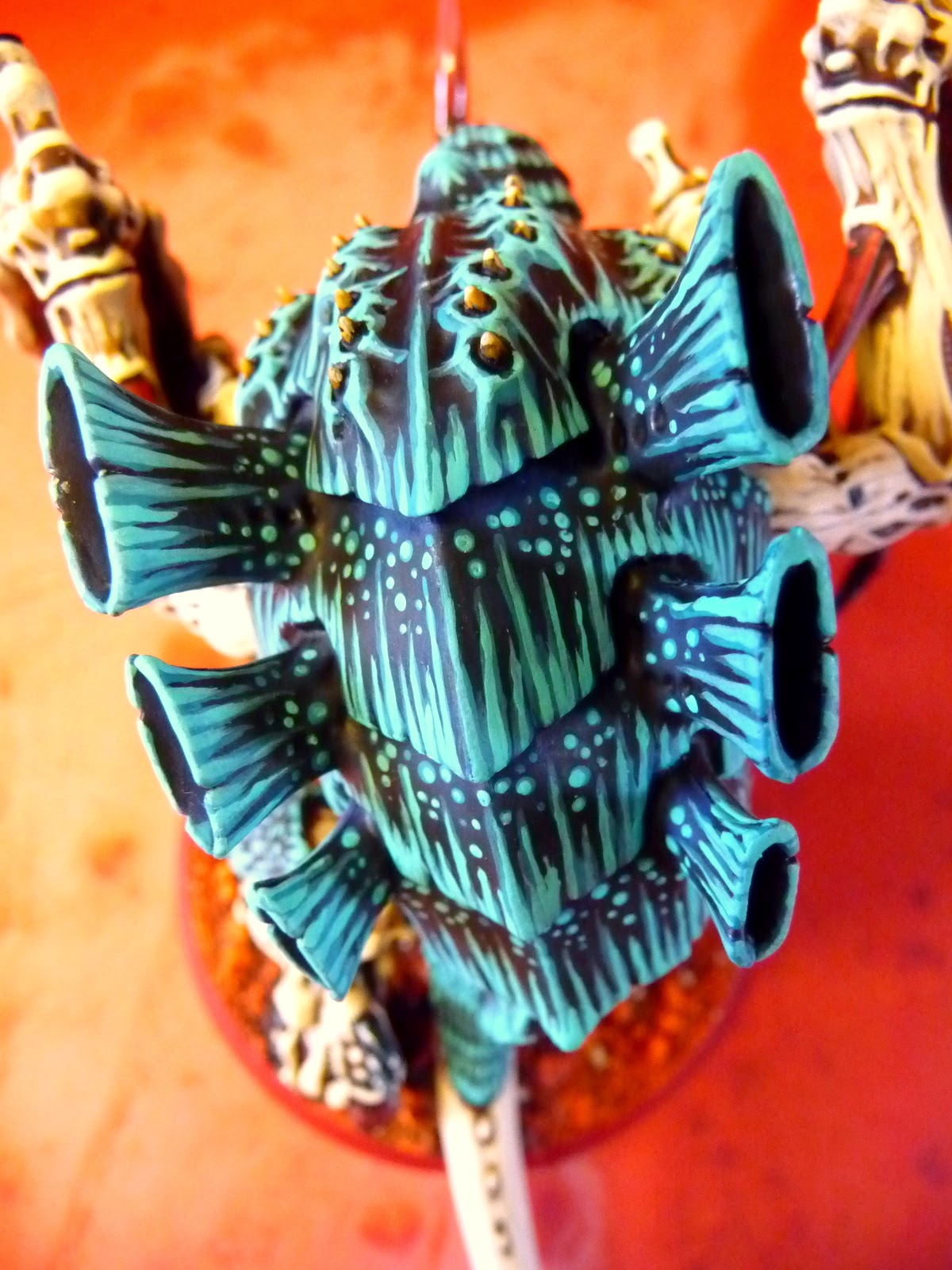 This really does look like an armourred beast from this angle. 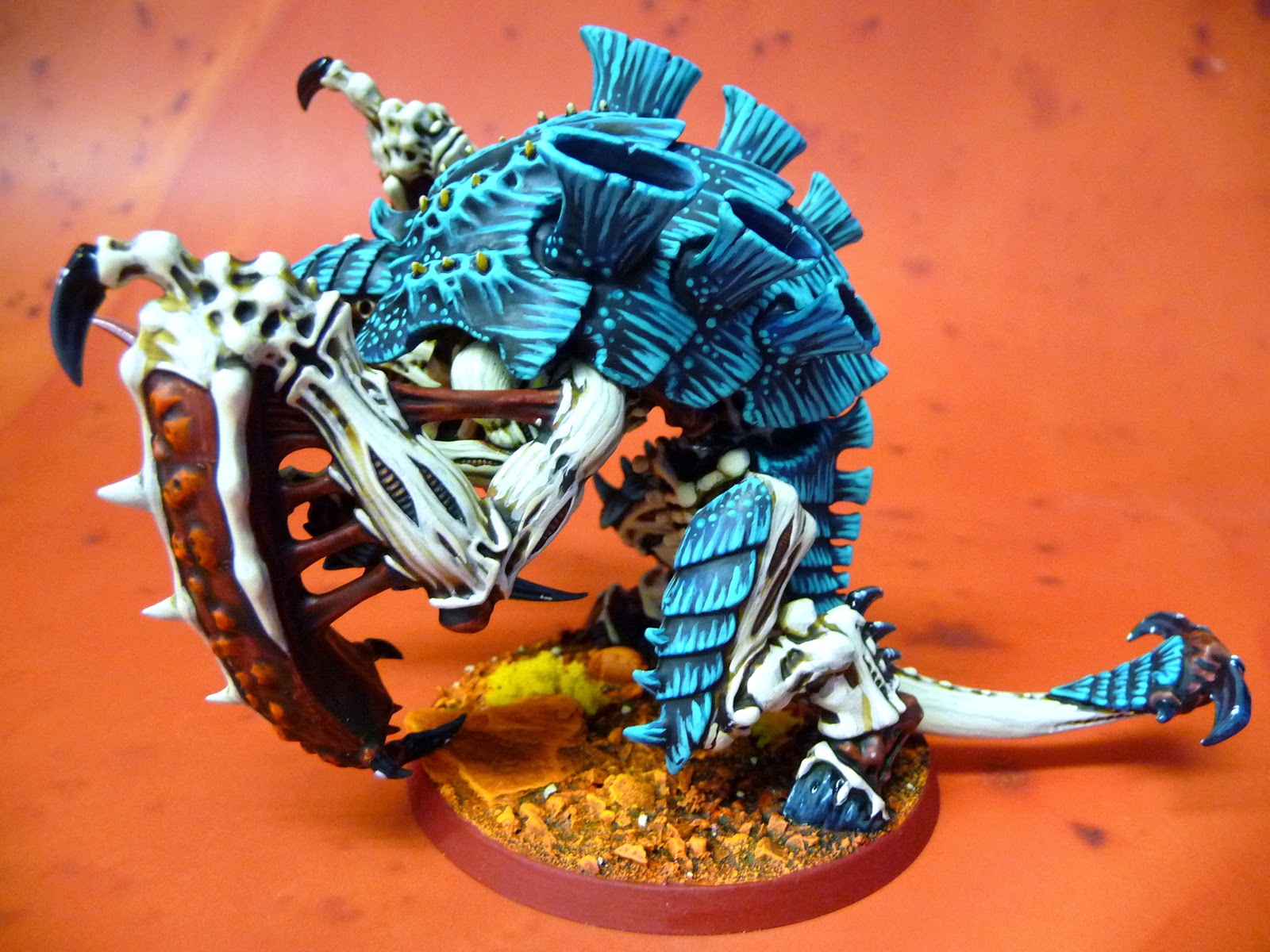 And as you can see the magnets allow me to swap the position of it's weapons. 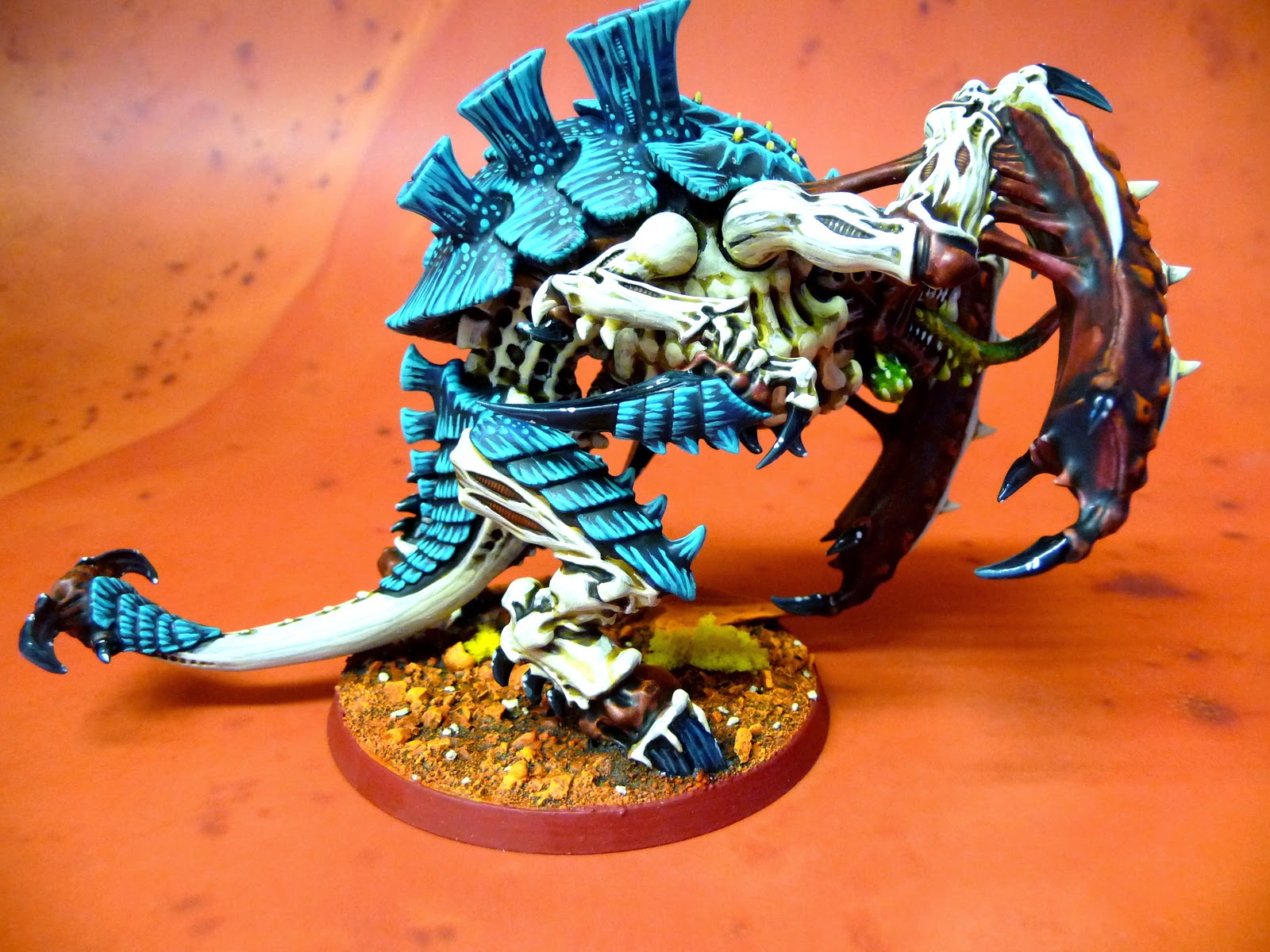 Giving a slightly more compact but no less terrifying aspect. 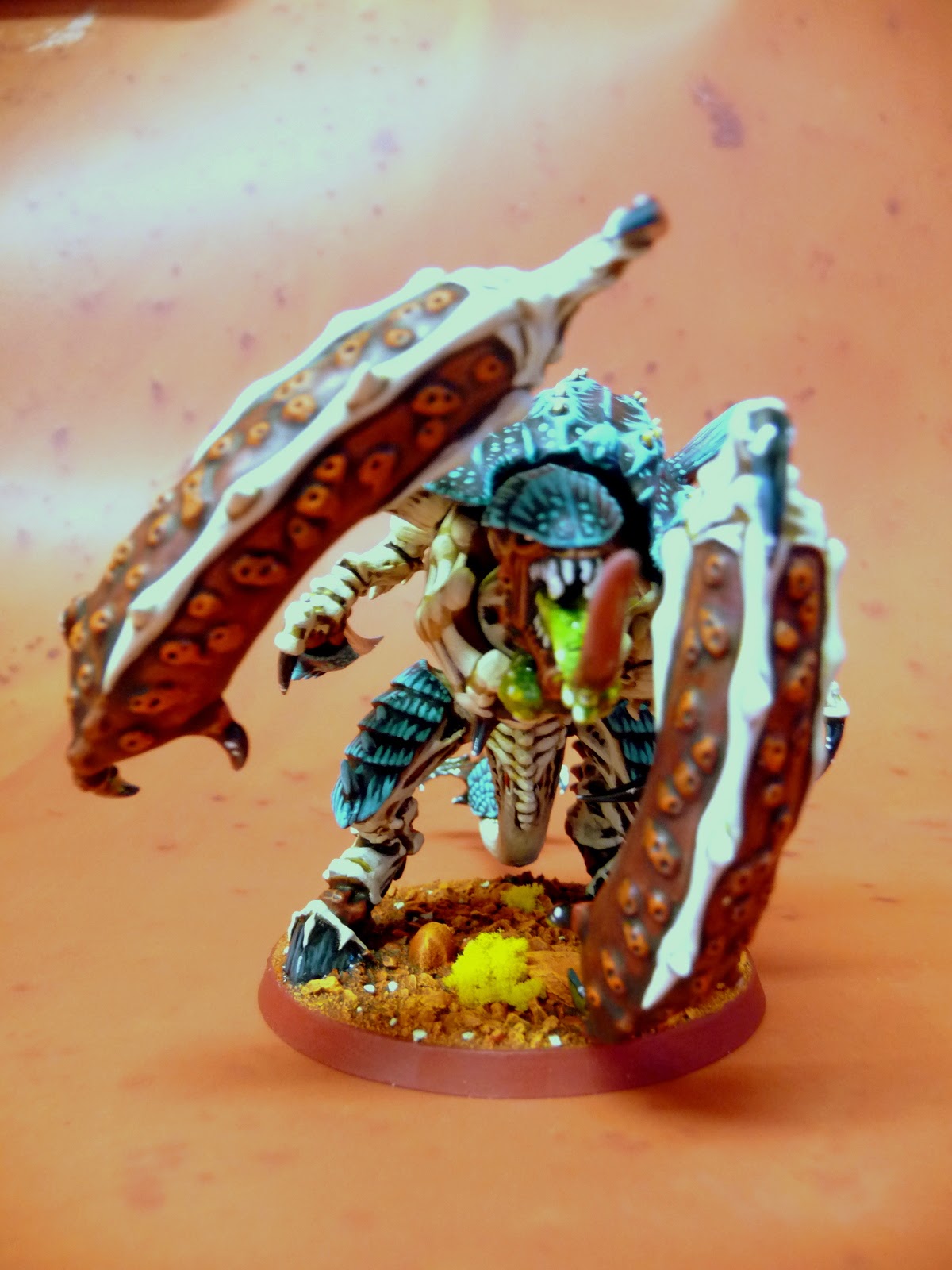 From the back he's trimmed up and svelte also. 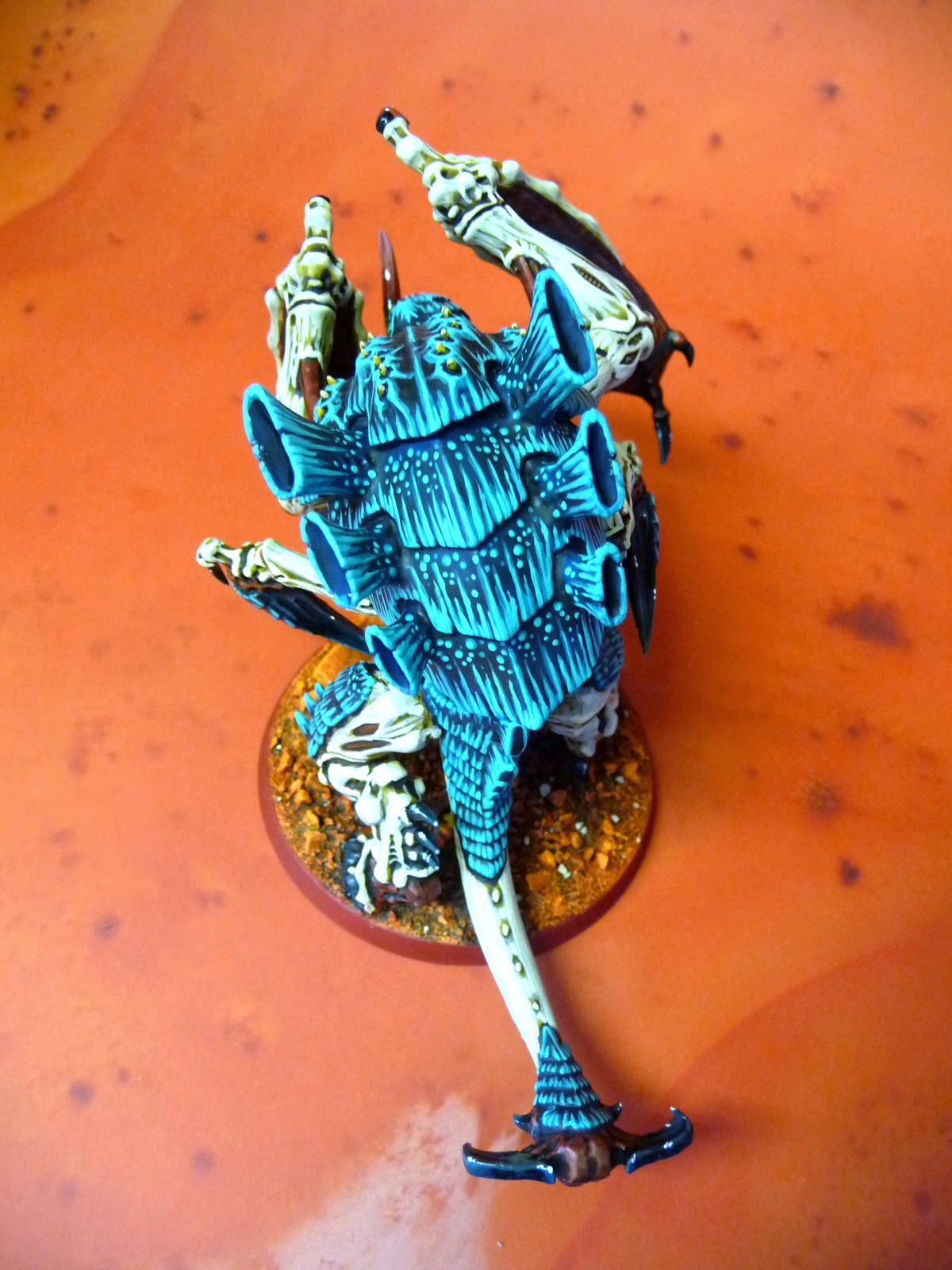 I've some more pictures to follow where I add in some of my other weapons, making Old One Eye but thought it beast to leave War his own moment in the spotlight. With Blog Wars just a week away I've got all of my models done with Death proxying for Deathleaper and one of my Tyranid primes proxying for a second Biovore, other than that, job done. 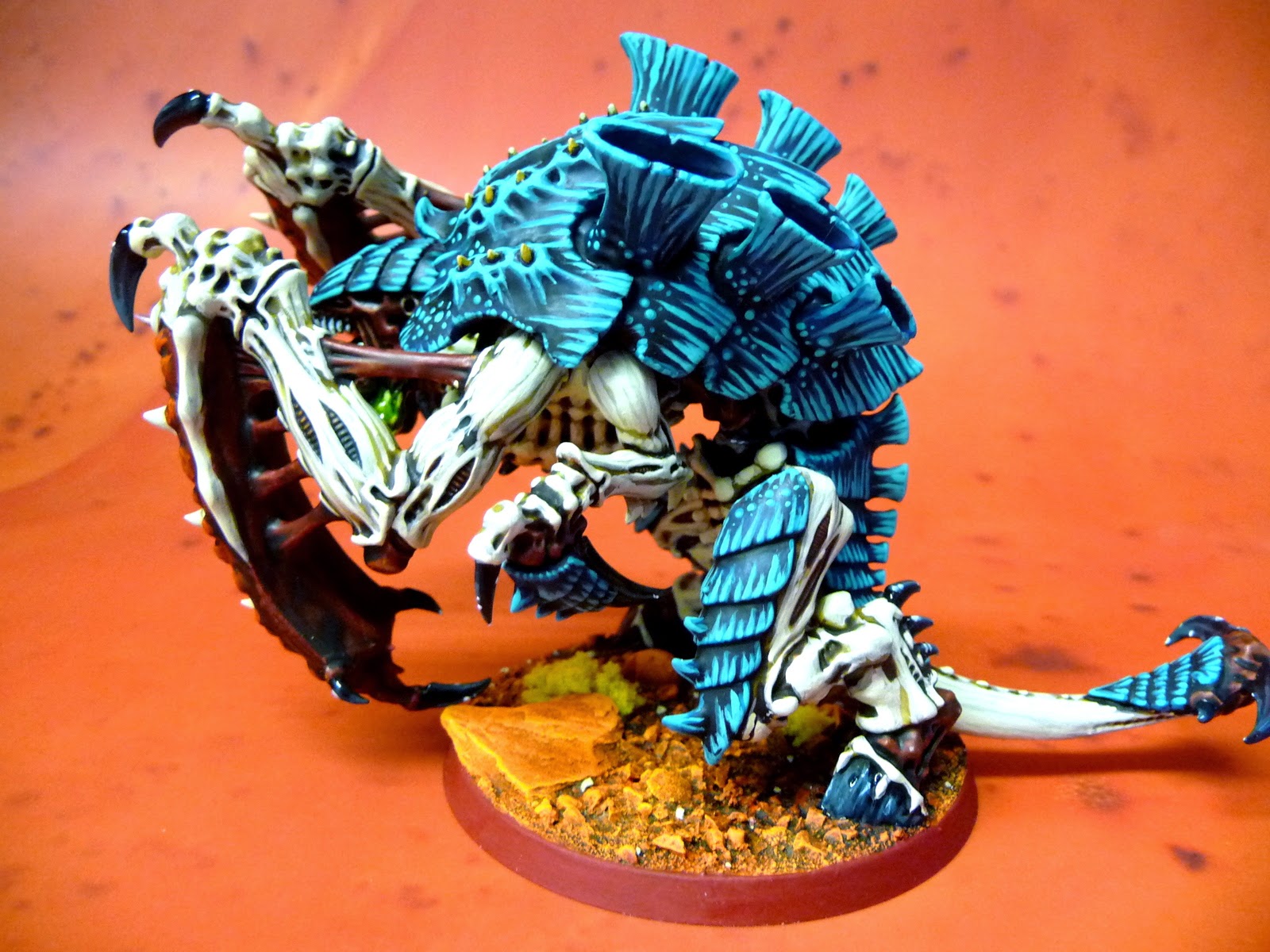 Big blue tick for being a good boy!