'nids part 144 - TO DONE! The Four Horsemen of the Ferron Apocalypse - 'DEATH'

Aah Death, my old friend. He's turned out quite well too. 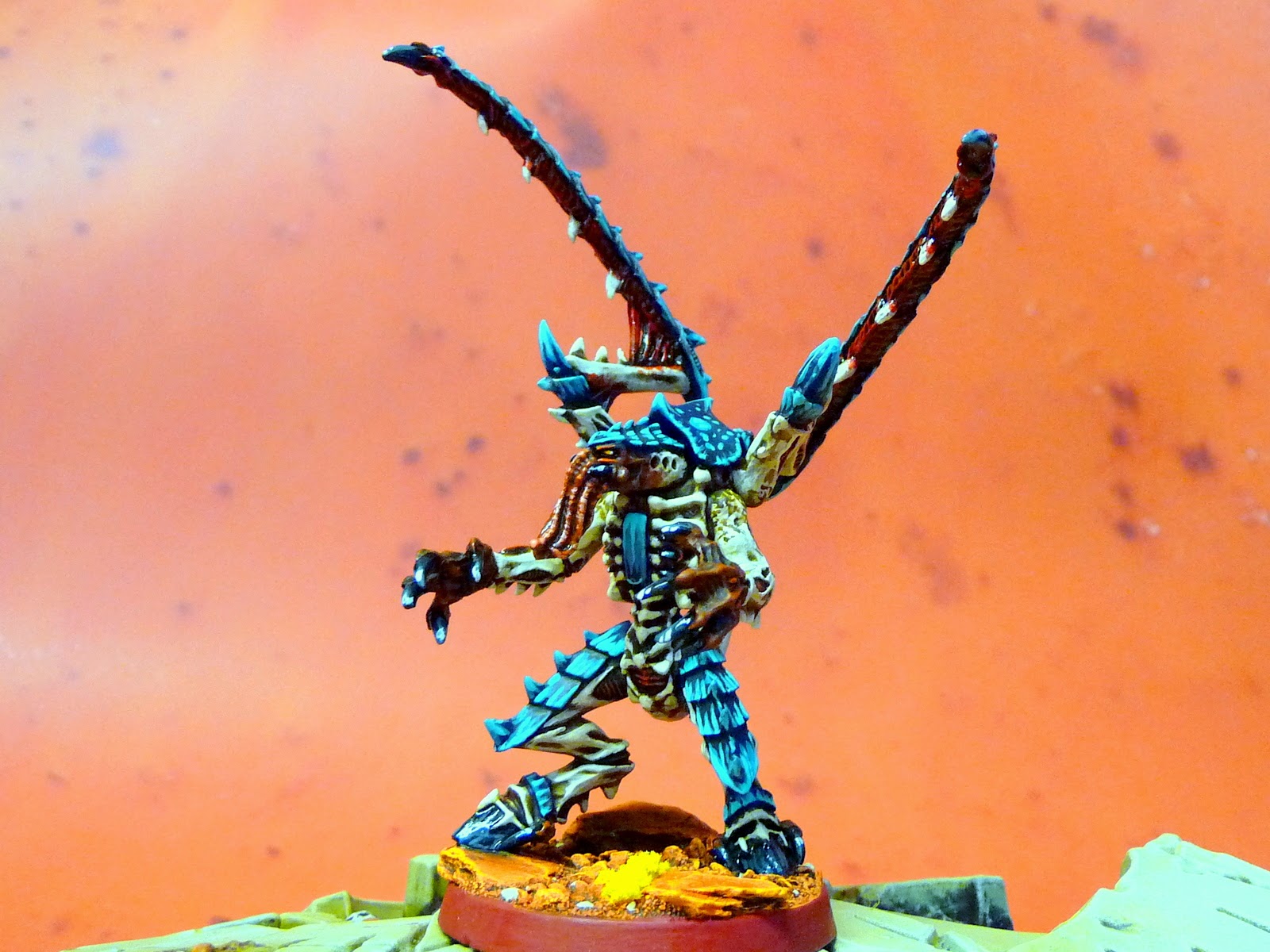 As you can see there is some patination on the top of his arms for the Chameleonic skin, which works, as does his faux ribbed feeder tentacles. I had thought to have the extra veins/tubes on his arms glowing green but for some reason went with red. In so doing he does stand a little apart from his three brothers.

The others all have some green on them which ties them into a group, I may change this but until then I like just a little individuality from him. 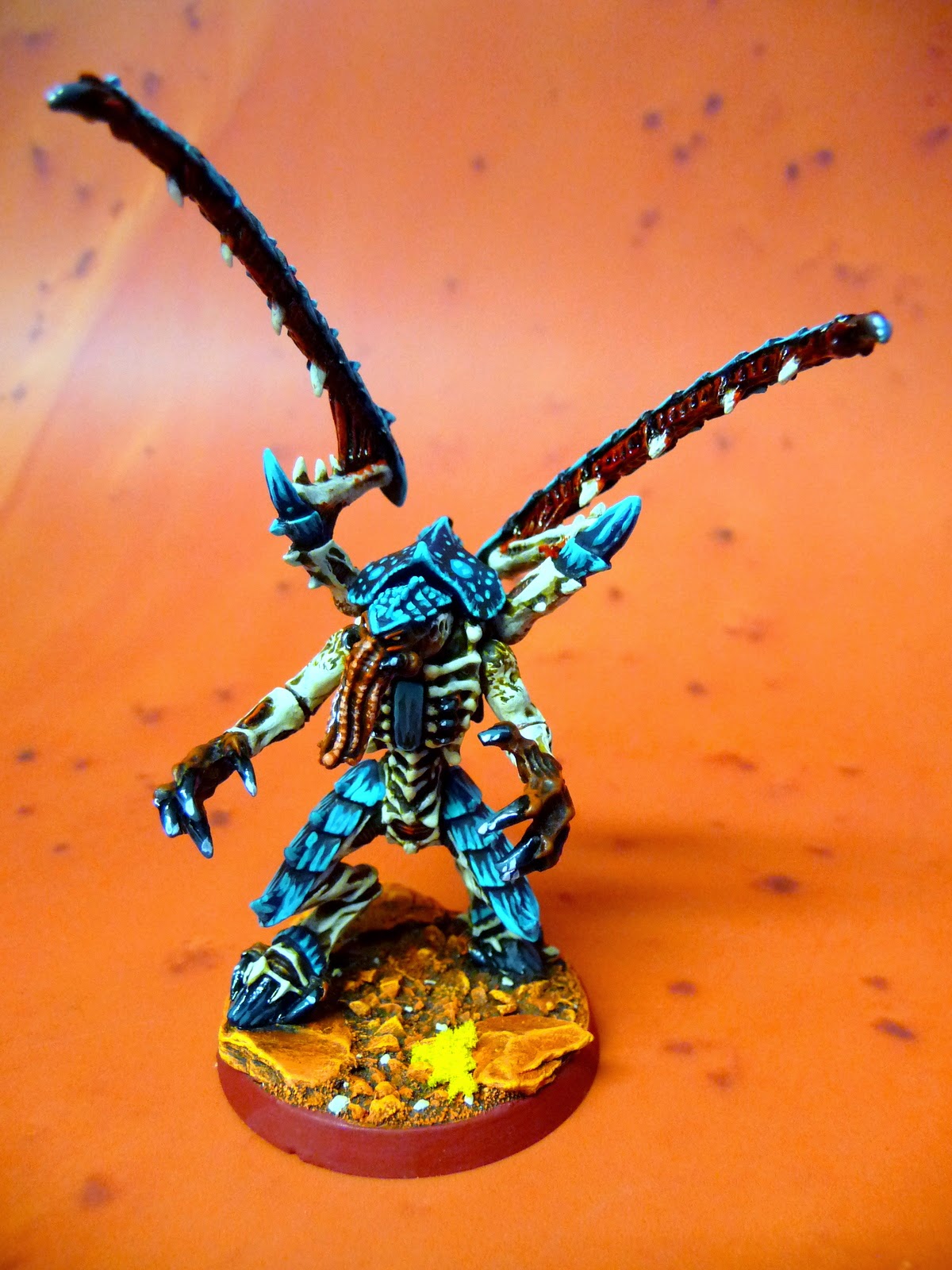 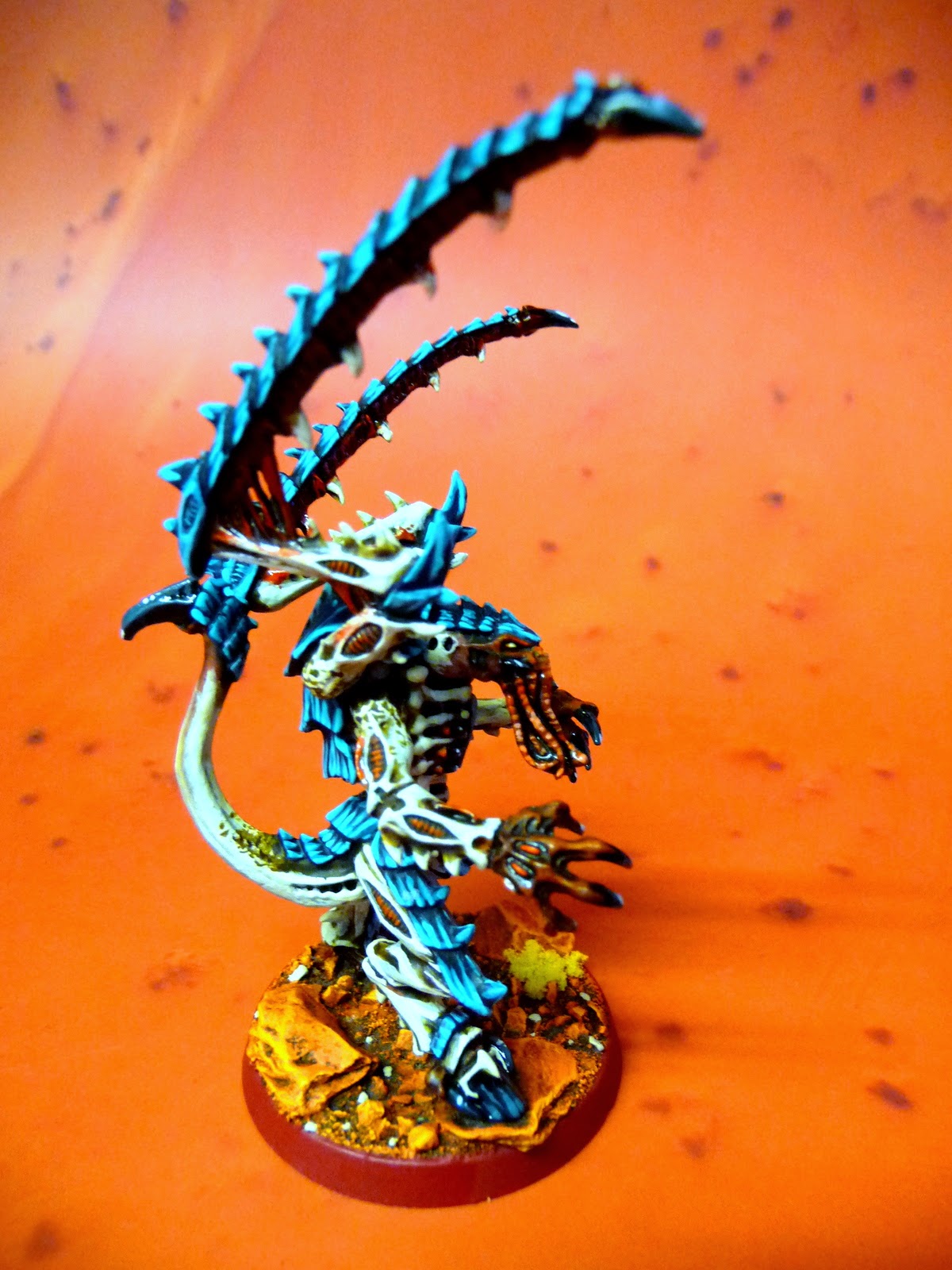 Also cool is the Tamiya Clear Red X-27. I don't know if the Citadel technical equivalent is as good but if you havent got any X-27 in your life then you need it. Can't wait to see him taking cover beind a Capillary Tower and see him blend in. 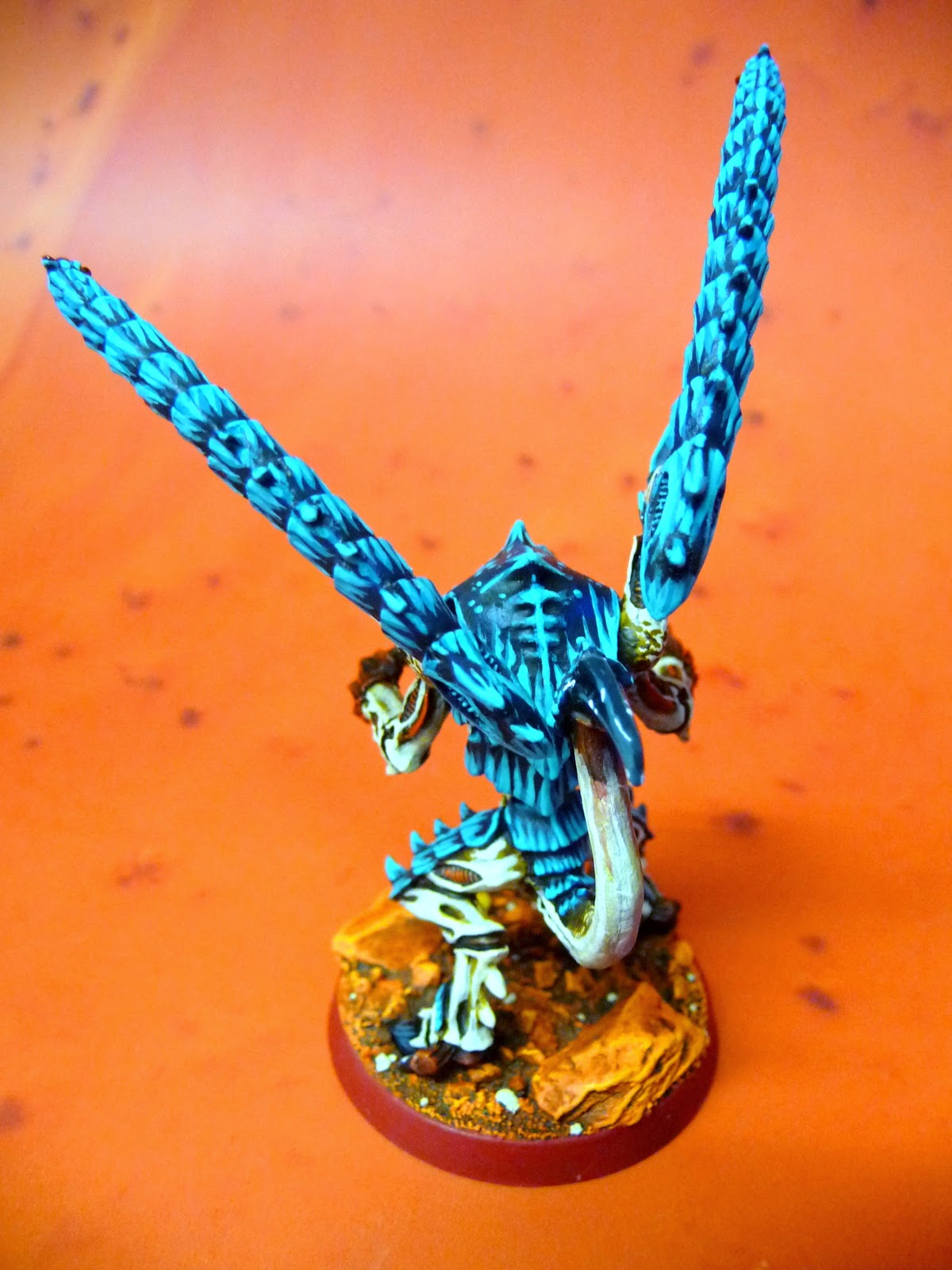 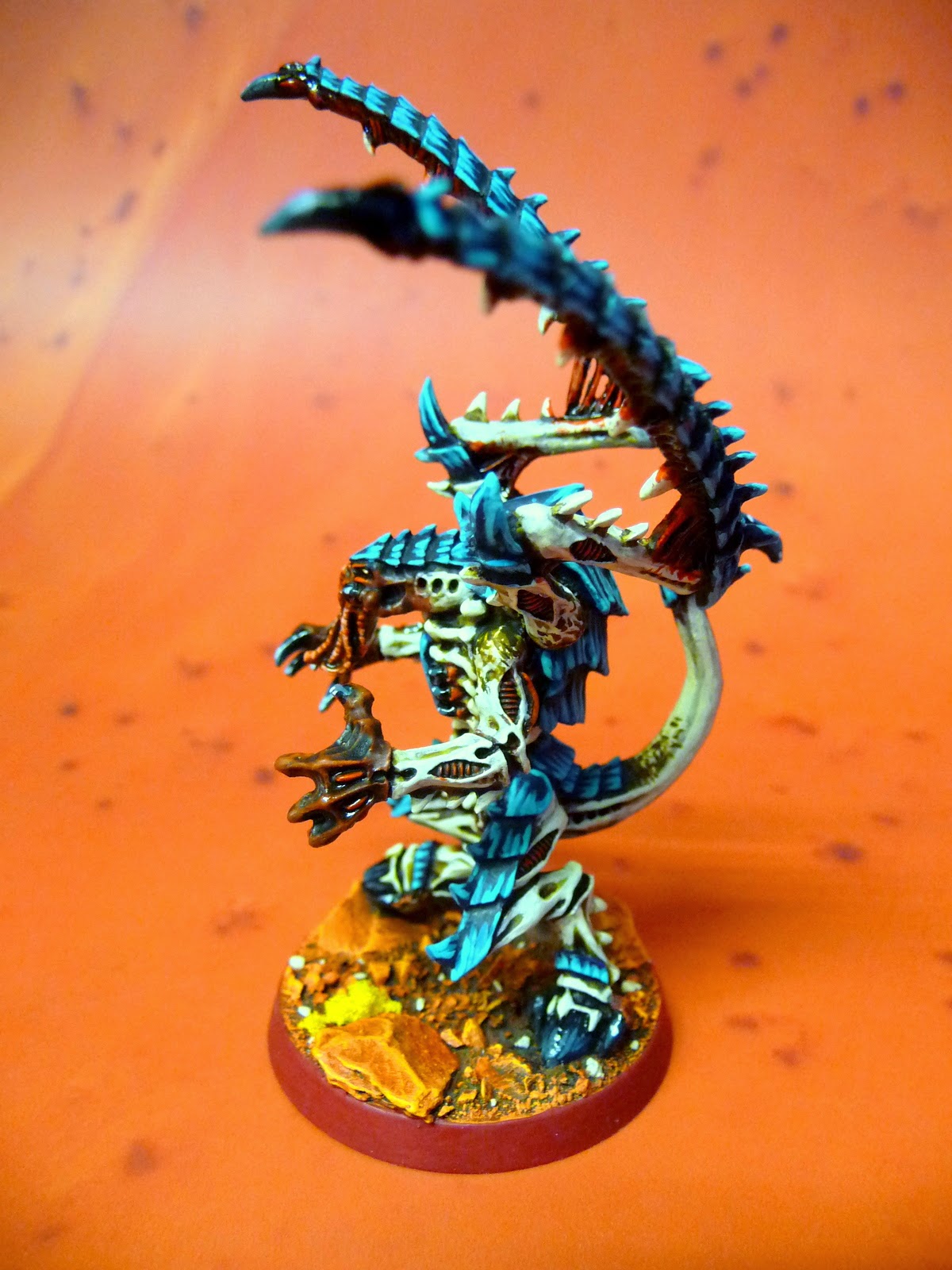 I'm keen to pick up a Deathleaper next and slowly get the four remaining Lictors for the Leviathan Data Slates. I may have mentioned but Throne of Skulls in March was won by someone running the Deathleaper Assassin data slate so it may be worth a punt. But I love the lictor model so I'll be looking forward to finding a way to convert them just so they're each a bit unique. 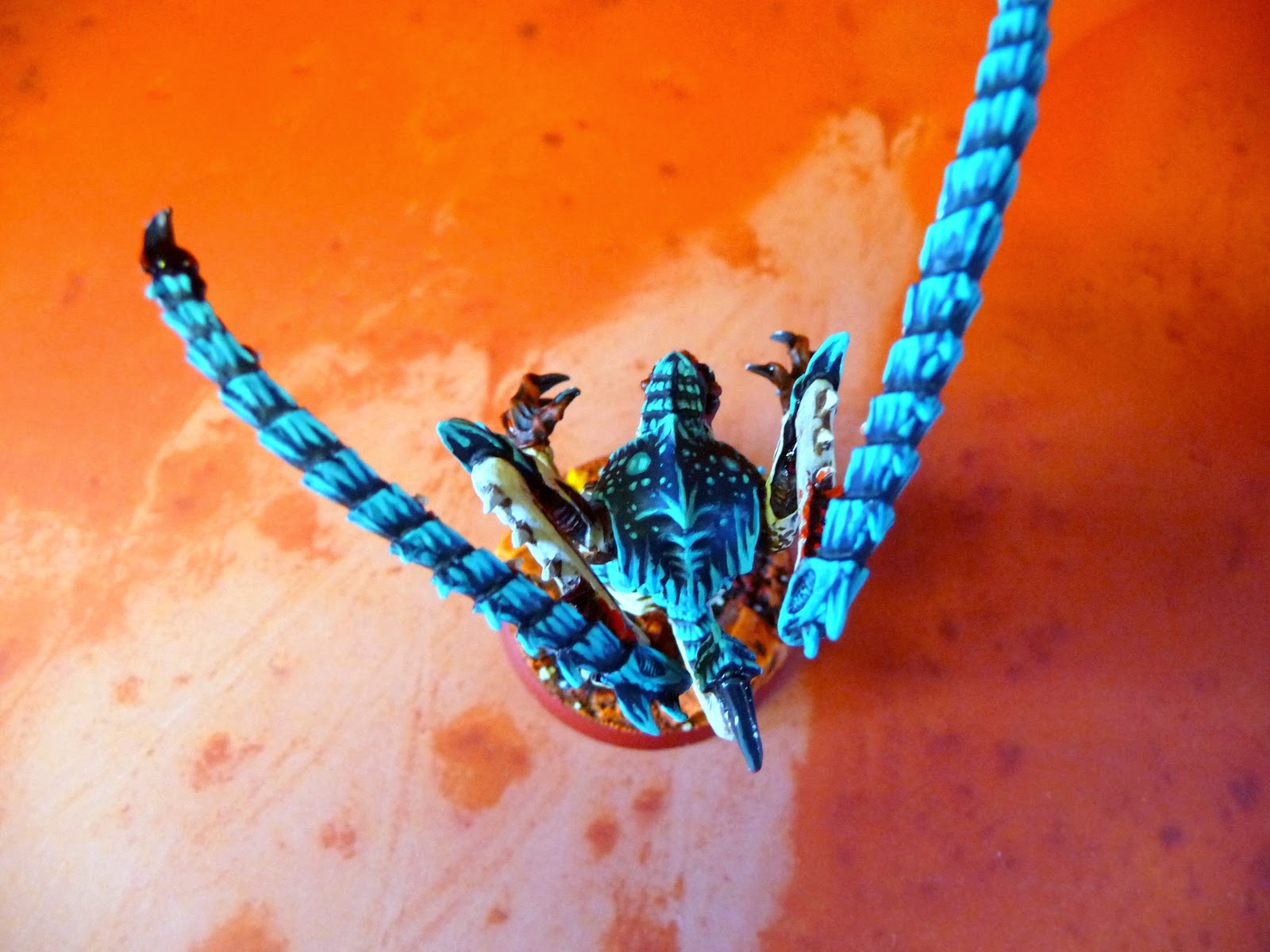