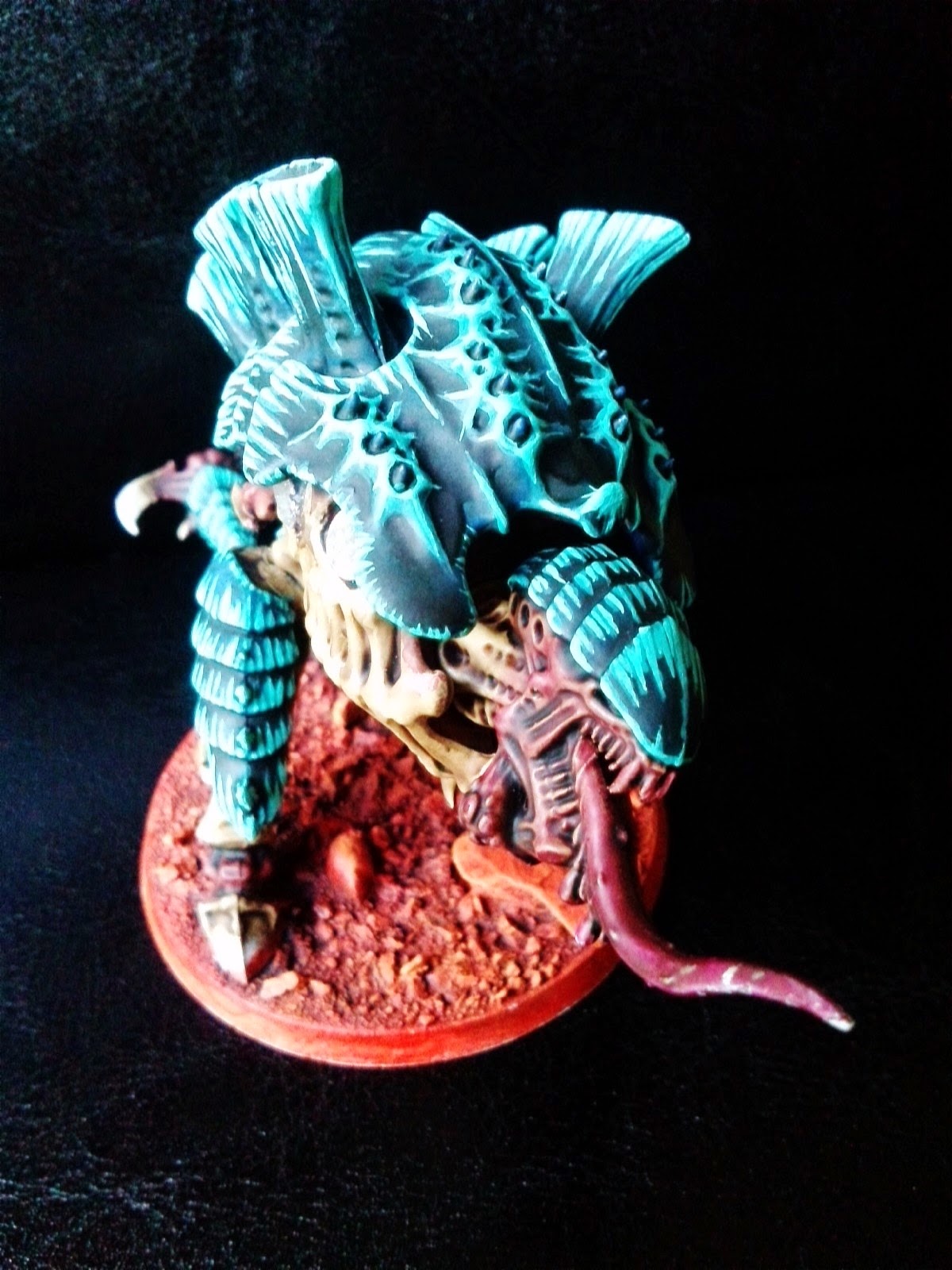 'War' is getting his jam on. Second highlights done. Spots are next. 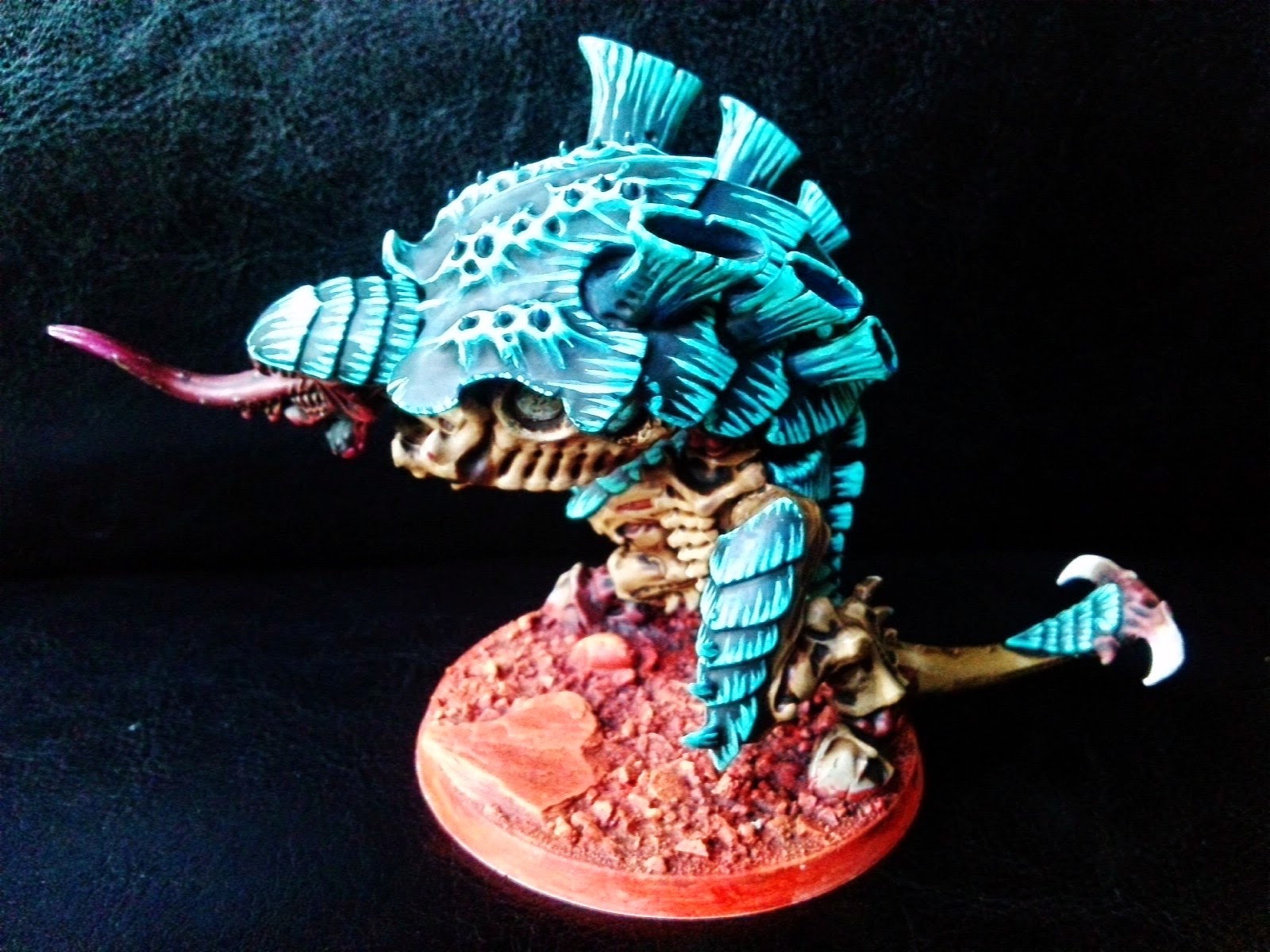 As my painting and the Hive Fleet Gorgon scheme has evolved over time the dark blue has got considerably darker, adding the dots will help break up that contrast. 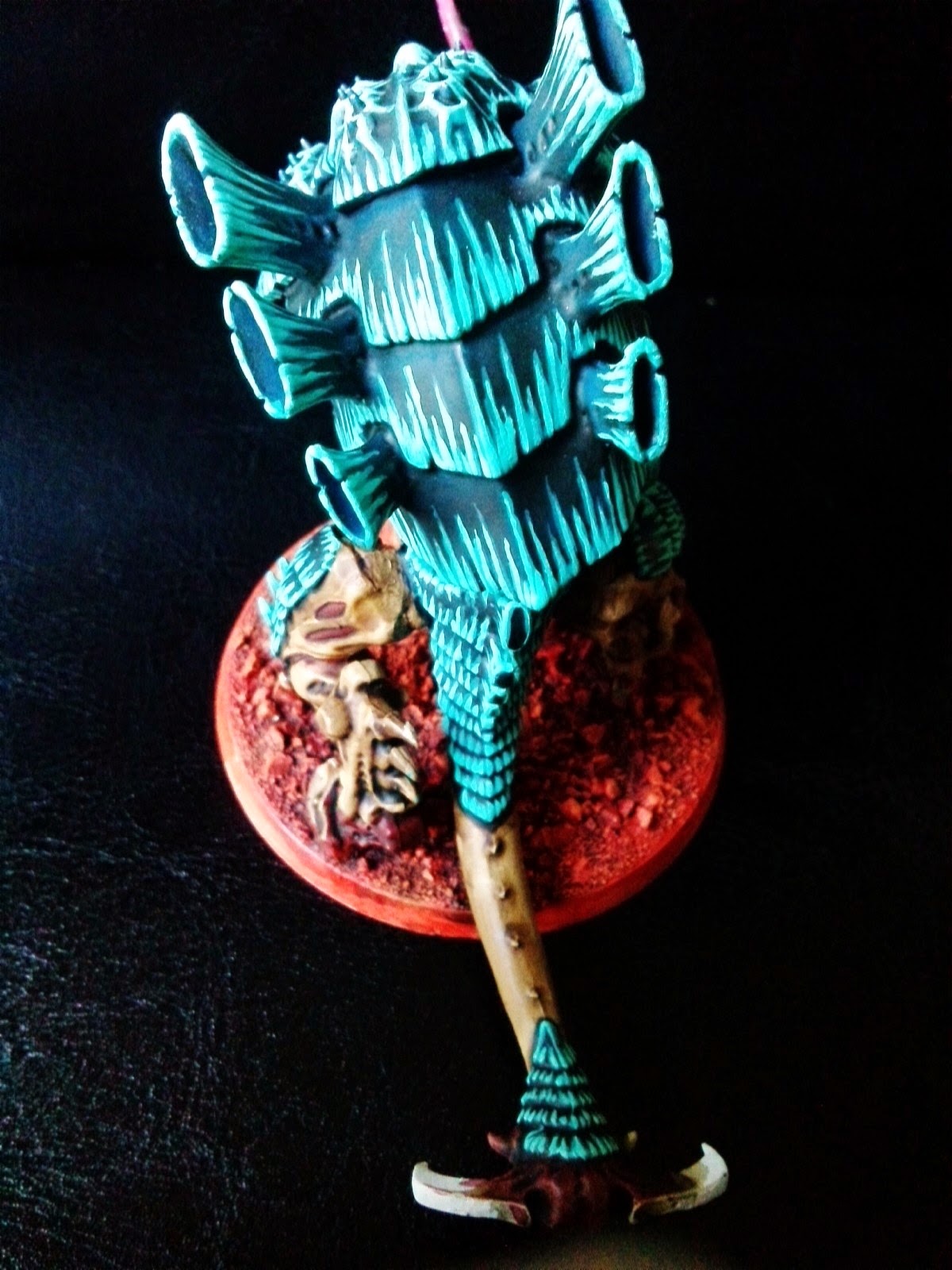 Magentising this really makes a difference. I have so many options now for how he's used. 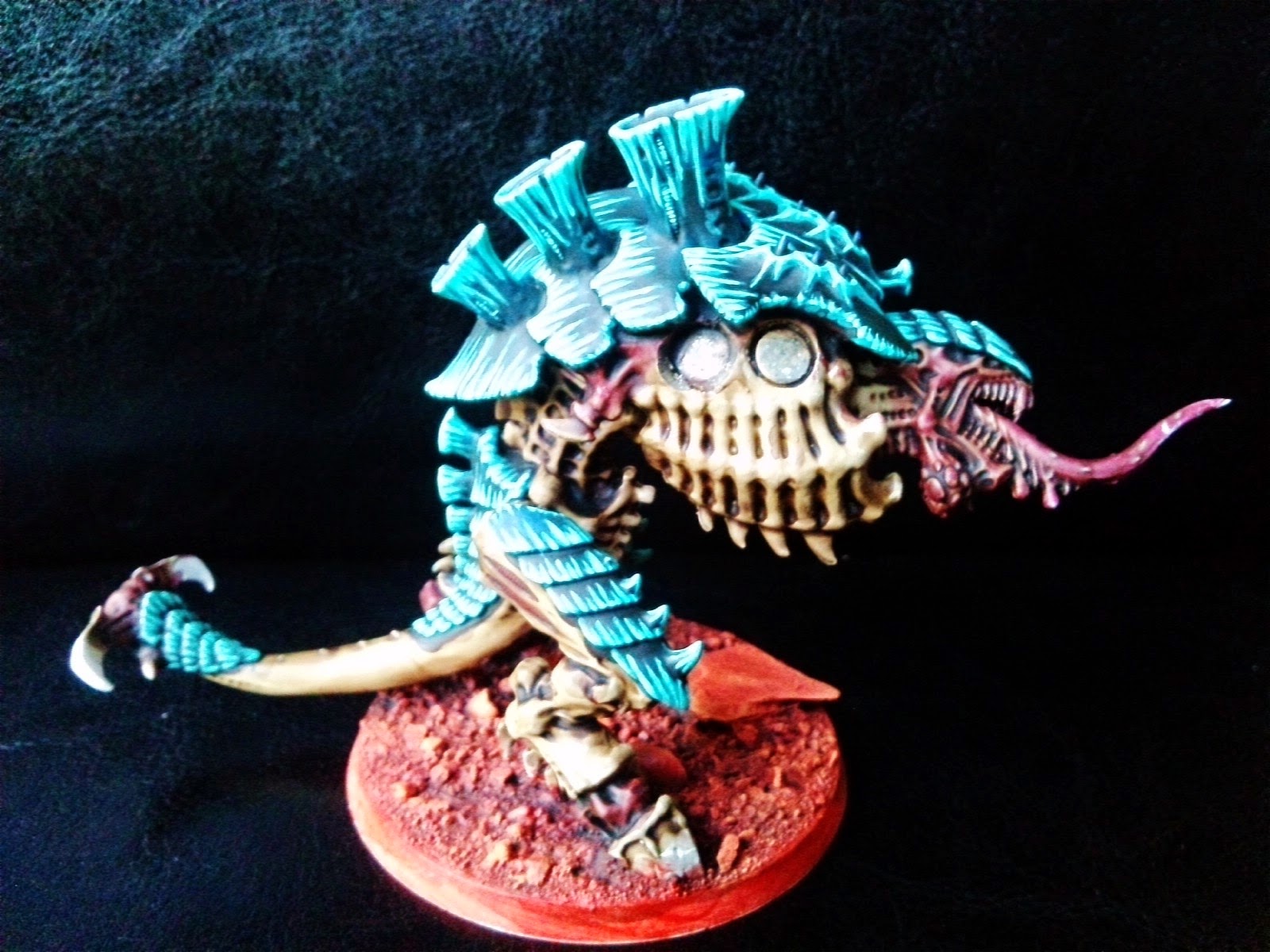 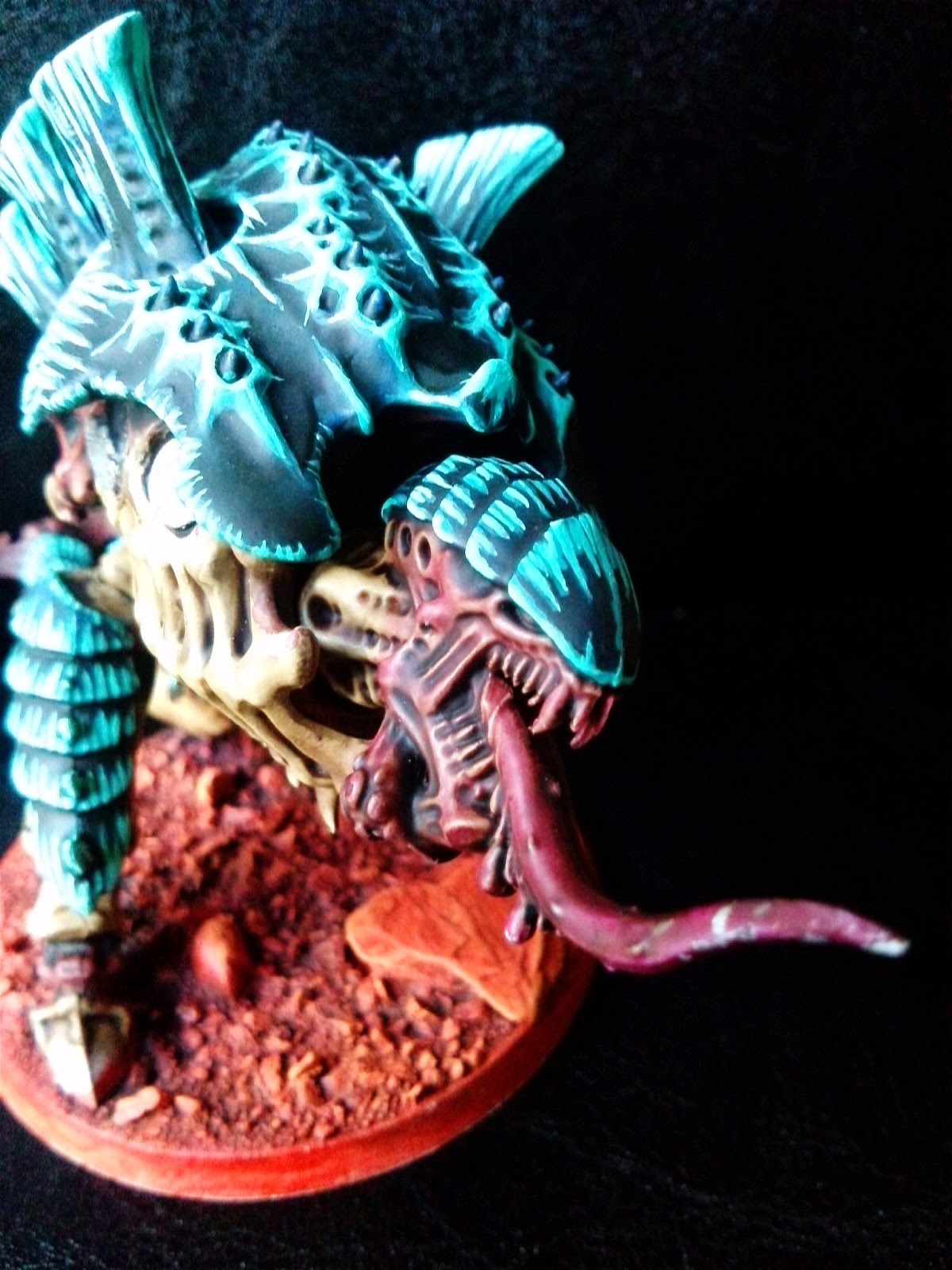 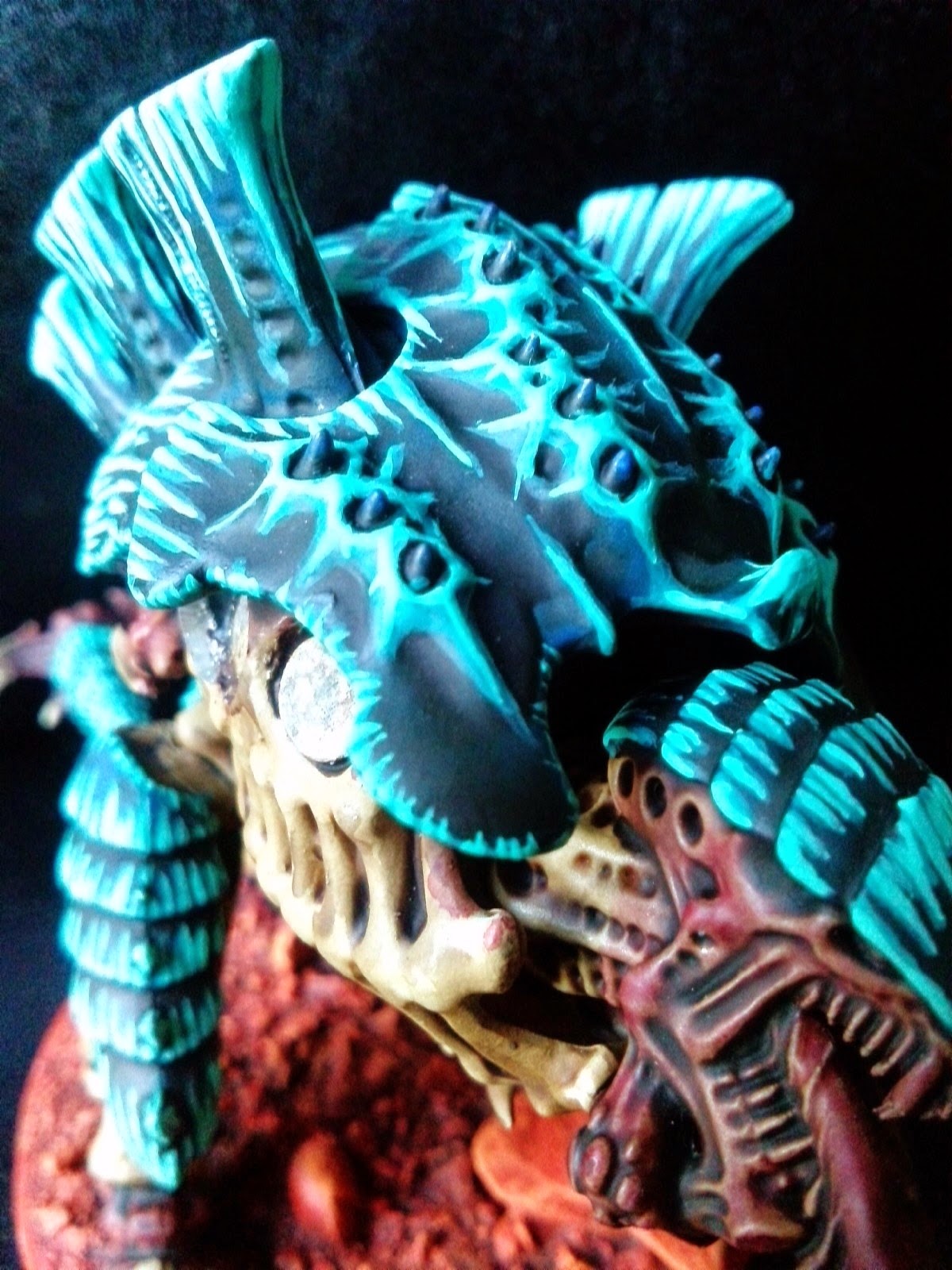 Spots go on and I pick out the detail on his Stinger Salvo spines. 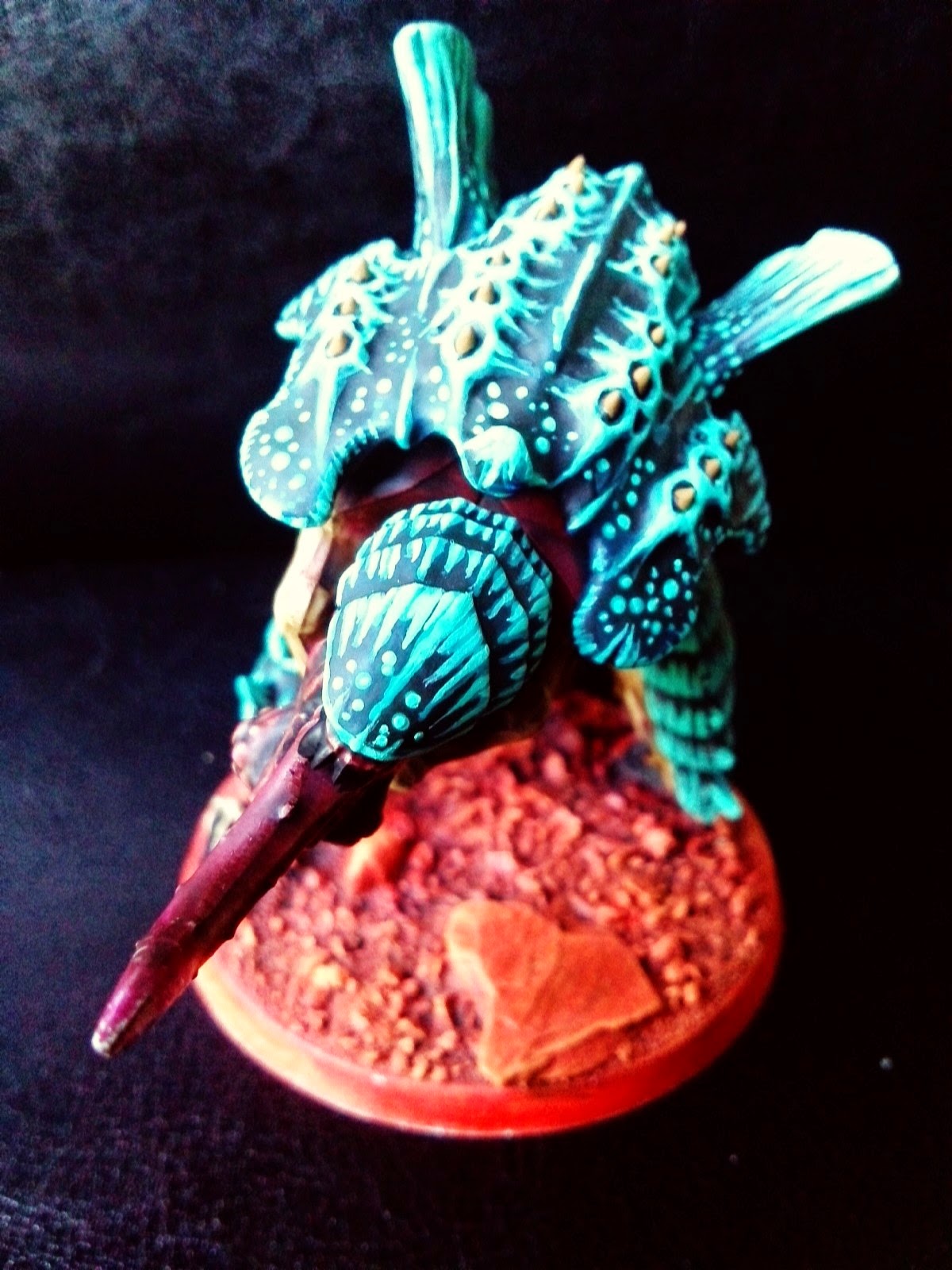 All ready to start on the Bonewhite, and the hard claws and hooves have been 'blacked up'. 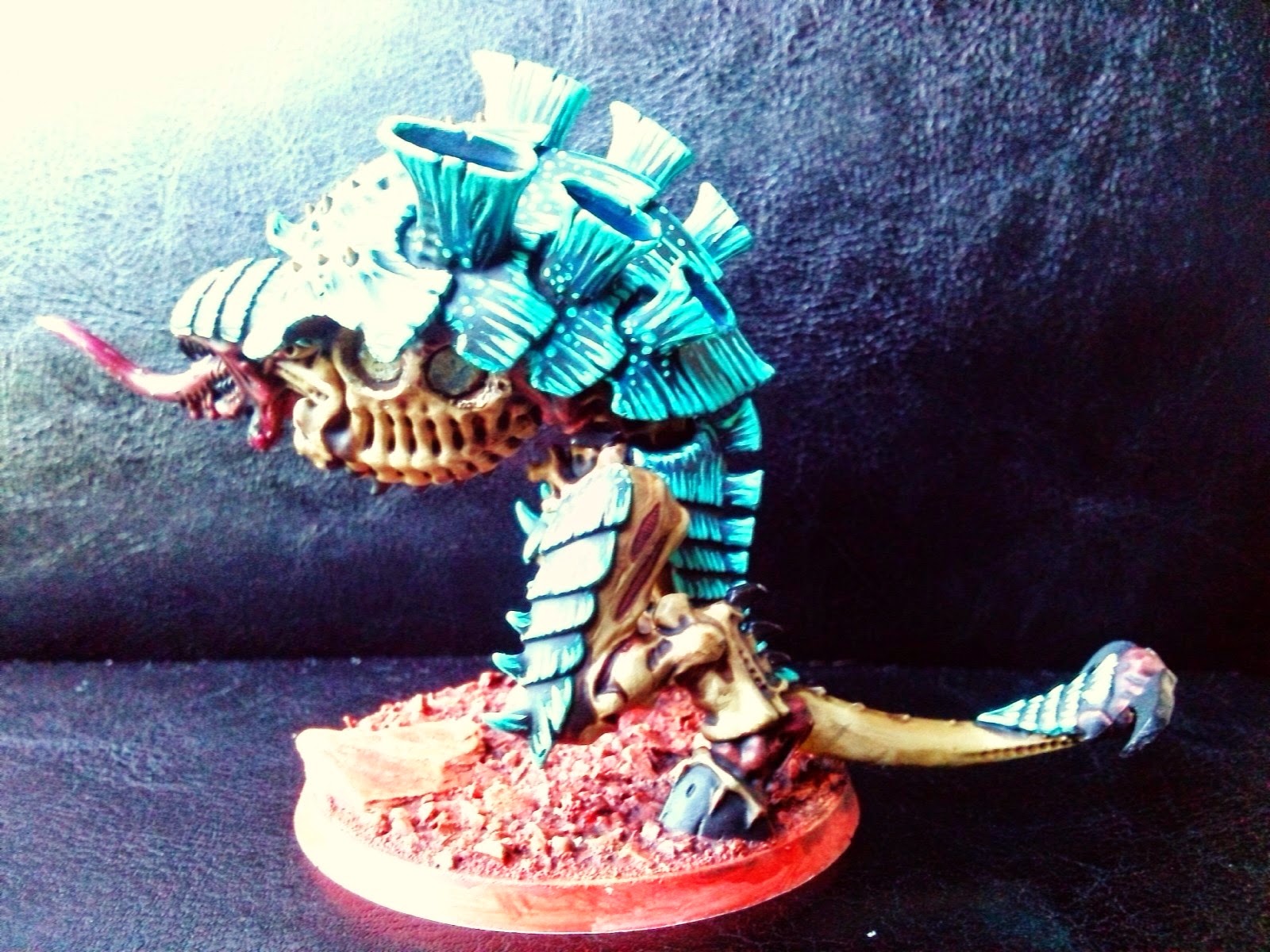 I really like Carnifexes now, even compared to the scale of Tervigons and Tyrgons, the embody so much of the Monstrous Creature spirit and are emminently more posable and dynamic. 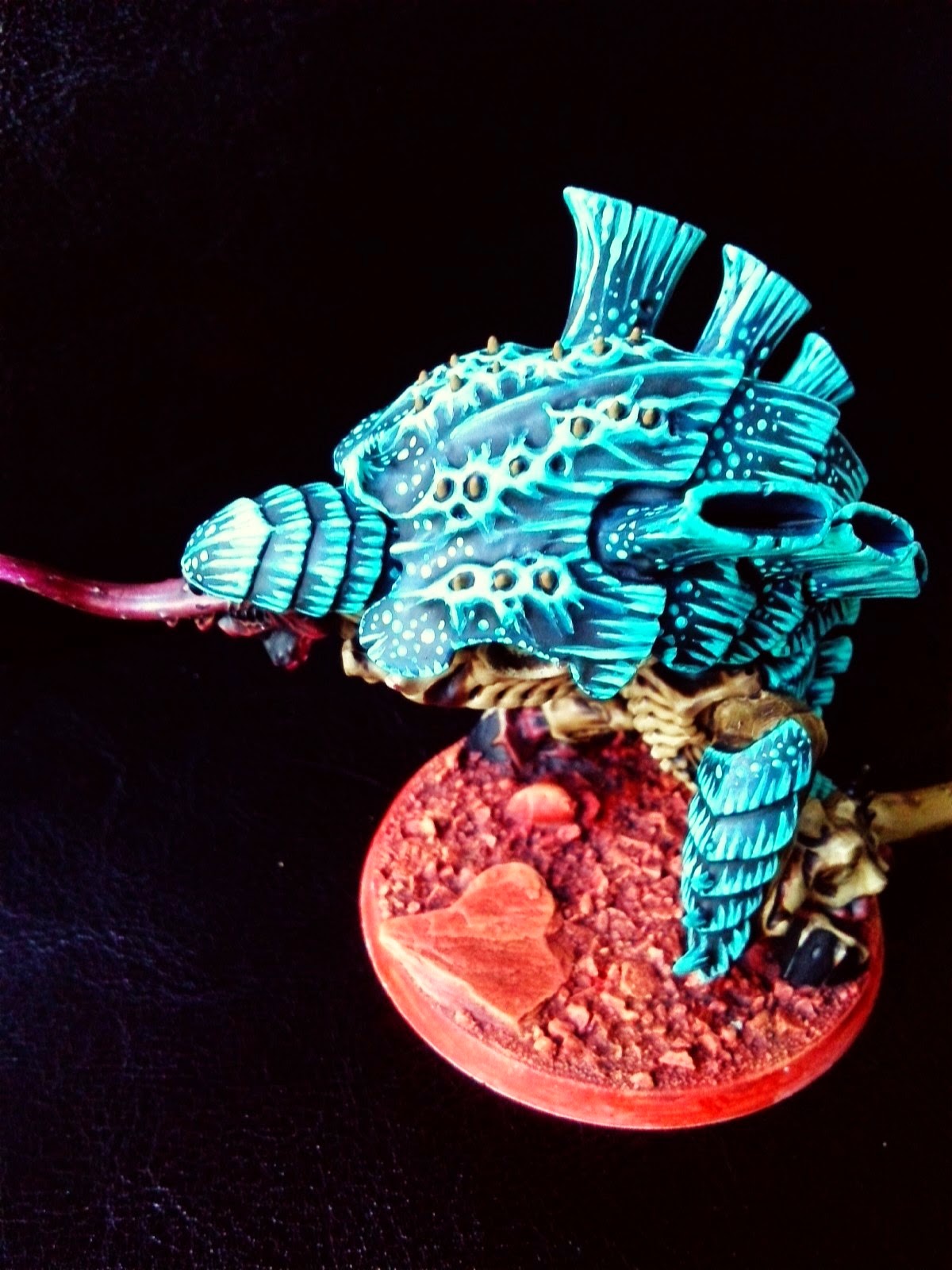 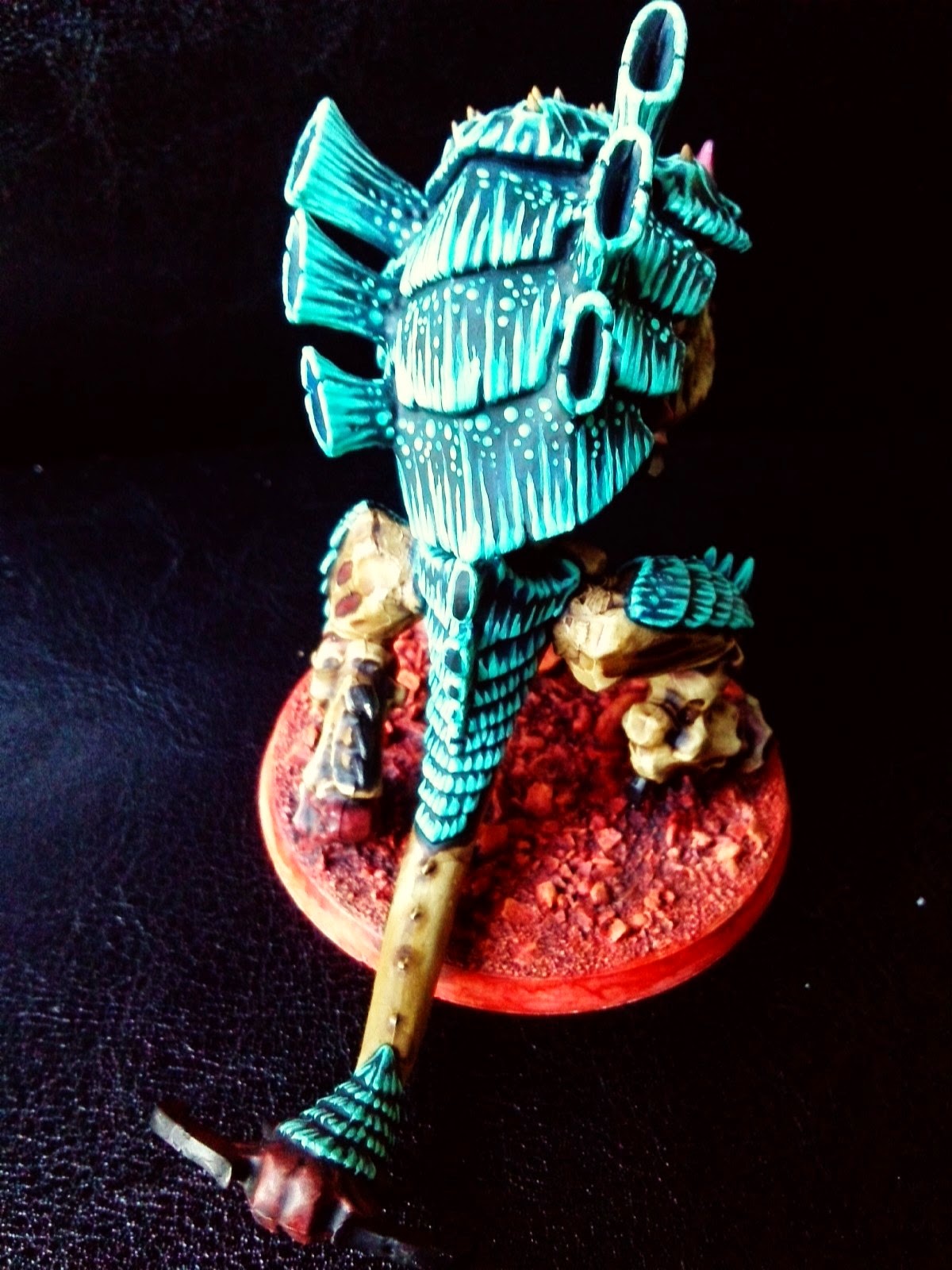 Meanwhile his claws and Devourer arms have also progressed. There's actually still a lot to do but it does feel like he's been quick to paint, in fact all 'four Horsemen of the Ferron Apocalypse' have run smoothly since I started in earnest. Once the Bonehwite's in place it's just the special FX - blood, flesh bits and glow FX. They're fun to do and take the model to the next level, looking forward to it. 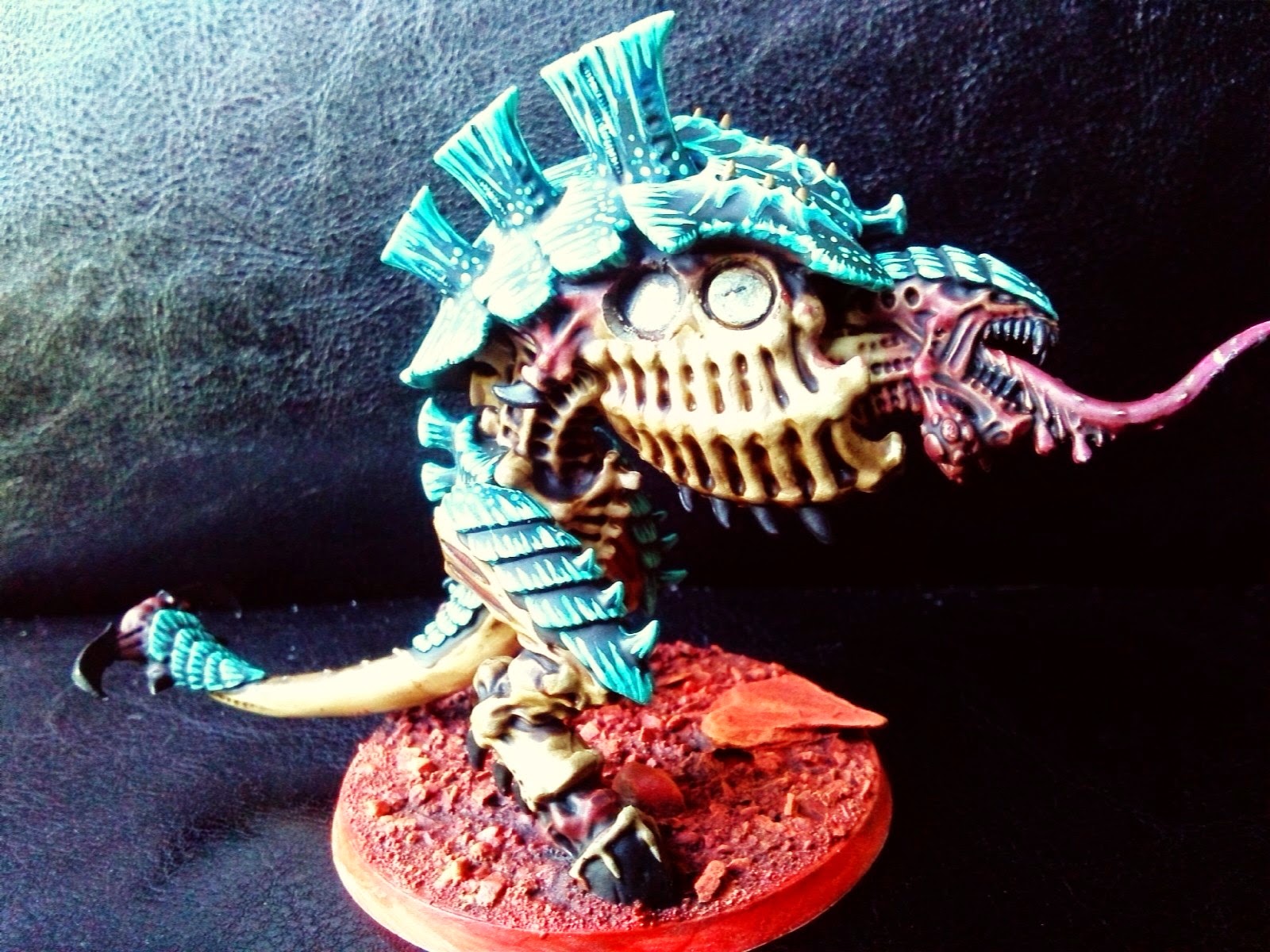