About 90 minutes of striation work here. Once again I'm feeling really good about this. Way back when I was more concerned about fading some of these highlights and how dark the washes were so they aren't so harsh but I've not done the spots yet which will make it less 'contrasty'. 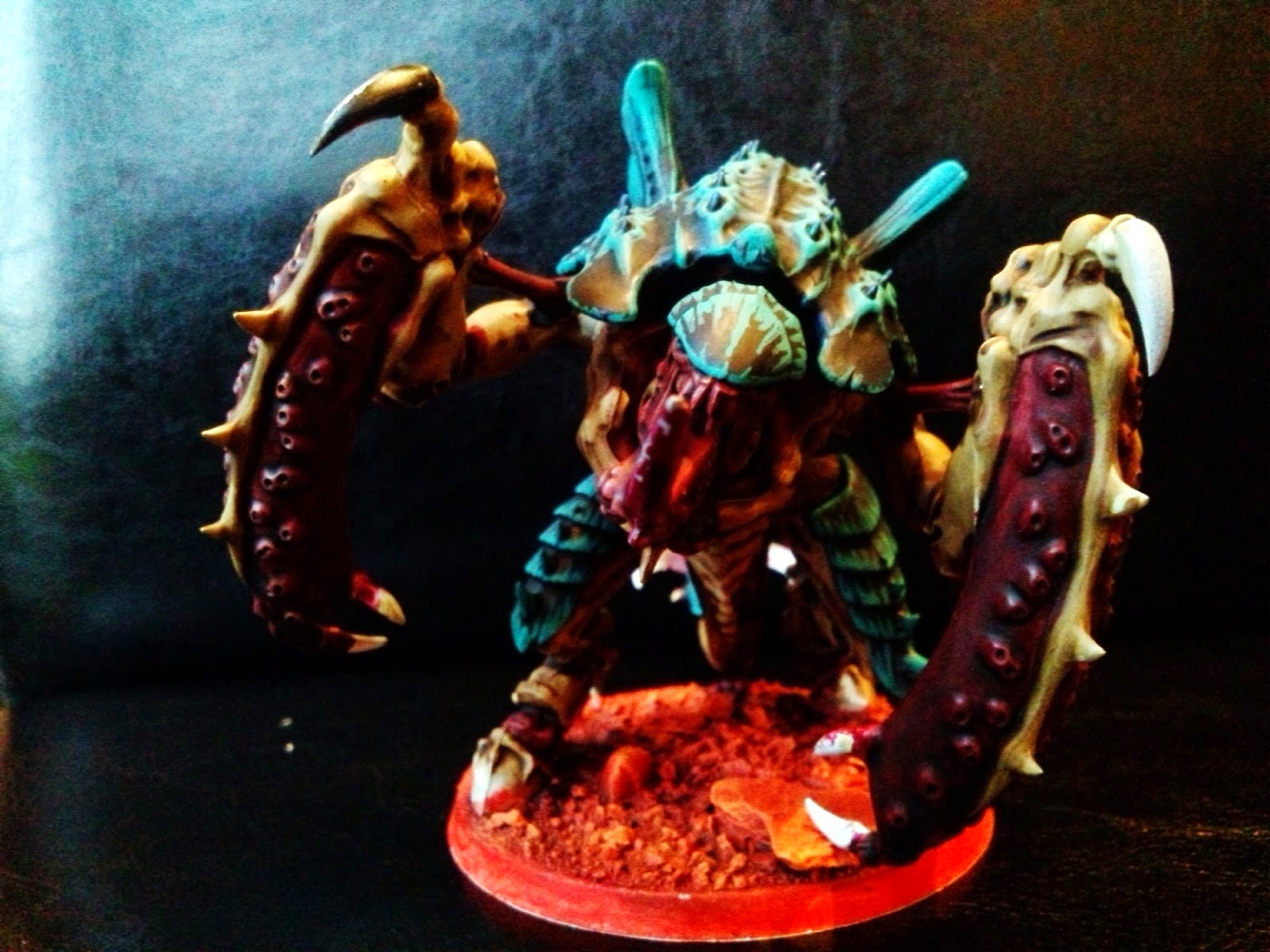 I do suddenly have a love of the Carnifex [that reads SO wrong!] the model is great, even if I've totally distorted it's silhouette with the massive Devourers. Stupidly I let an ebay auction slip away for another one. I seller had three Carnifex auctions finishing in the space of five minutes. not one went for more than £7, with postage about £3, you live and learn. 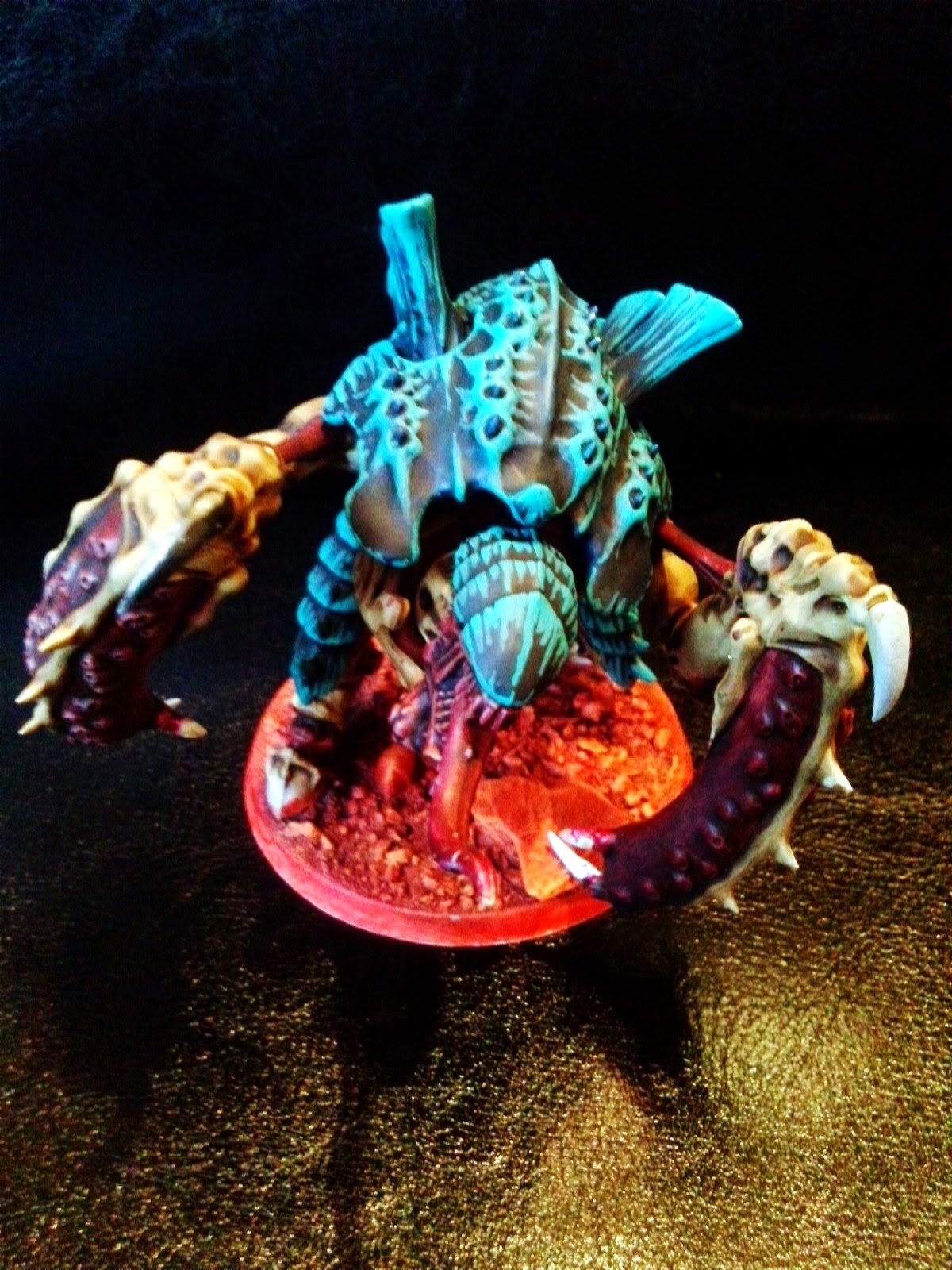 I may magnetize his head, currently this one is attached by the plastic tab at the back of the neck, I'm also painting the Bio-plasma head at the same time [for no particular reason] but wish I had the an Old One Eye on the go too. I have the skull half but I think the normal half was used with the other normal half that eneded up on my Quad Gun... 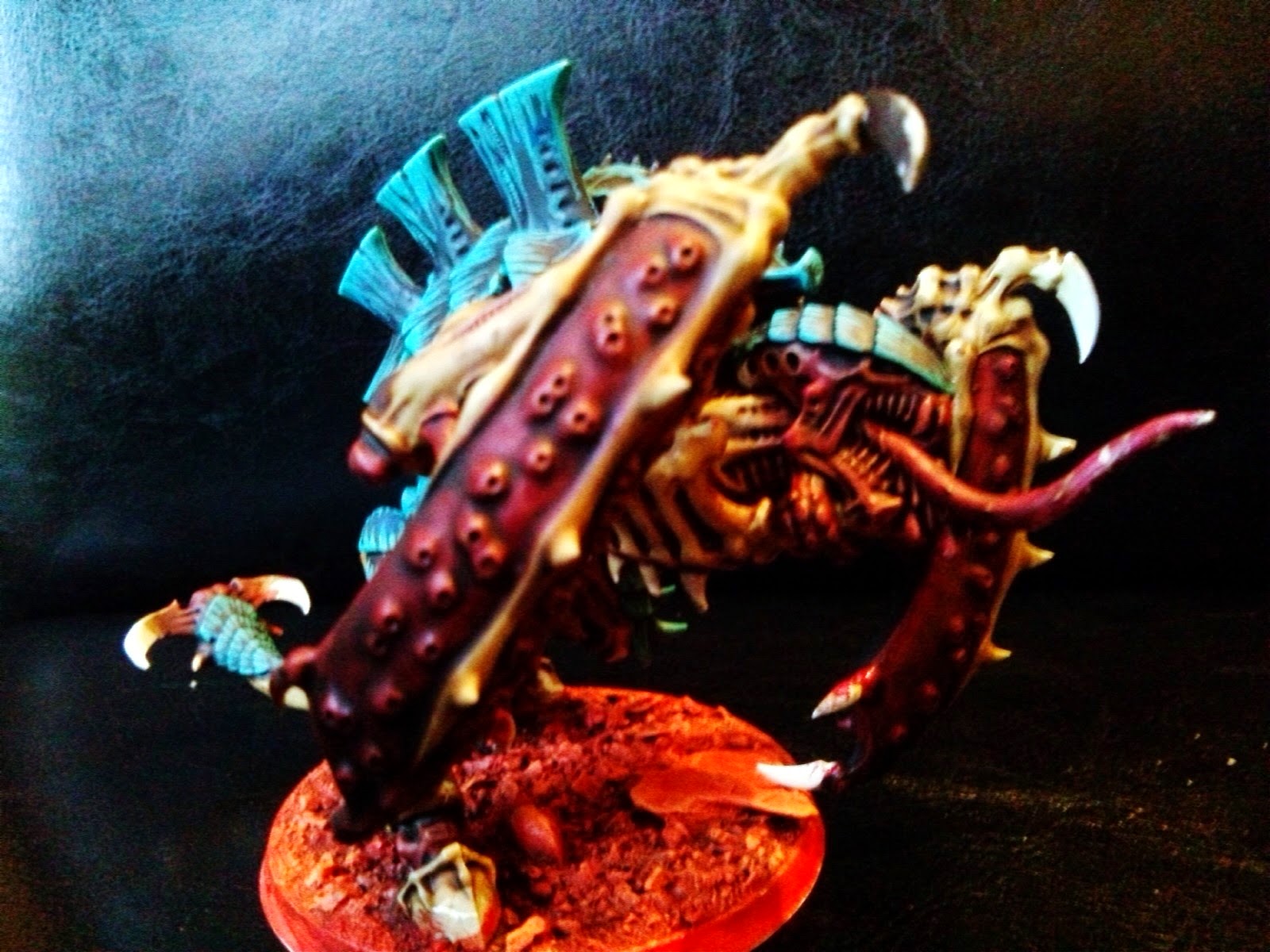 Some may think he's a little bit front heavy but despite the size of the Fleshborer Hives as Devourers I always imagine them potentially being fleshy, rotting bladders so they wouldn't be that heavy.

So, lots of progress, back onto the Venom/Zoan-thropes and the Lictors next. 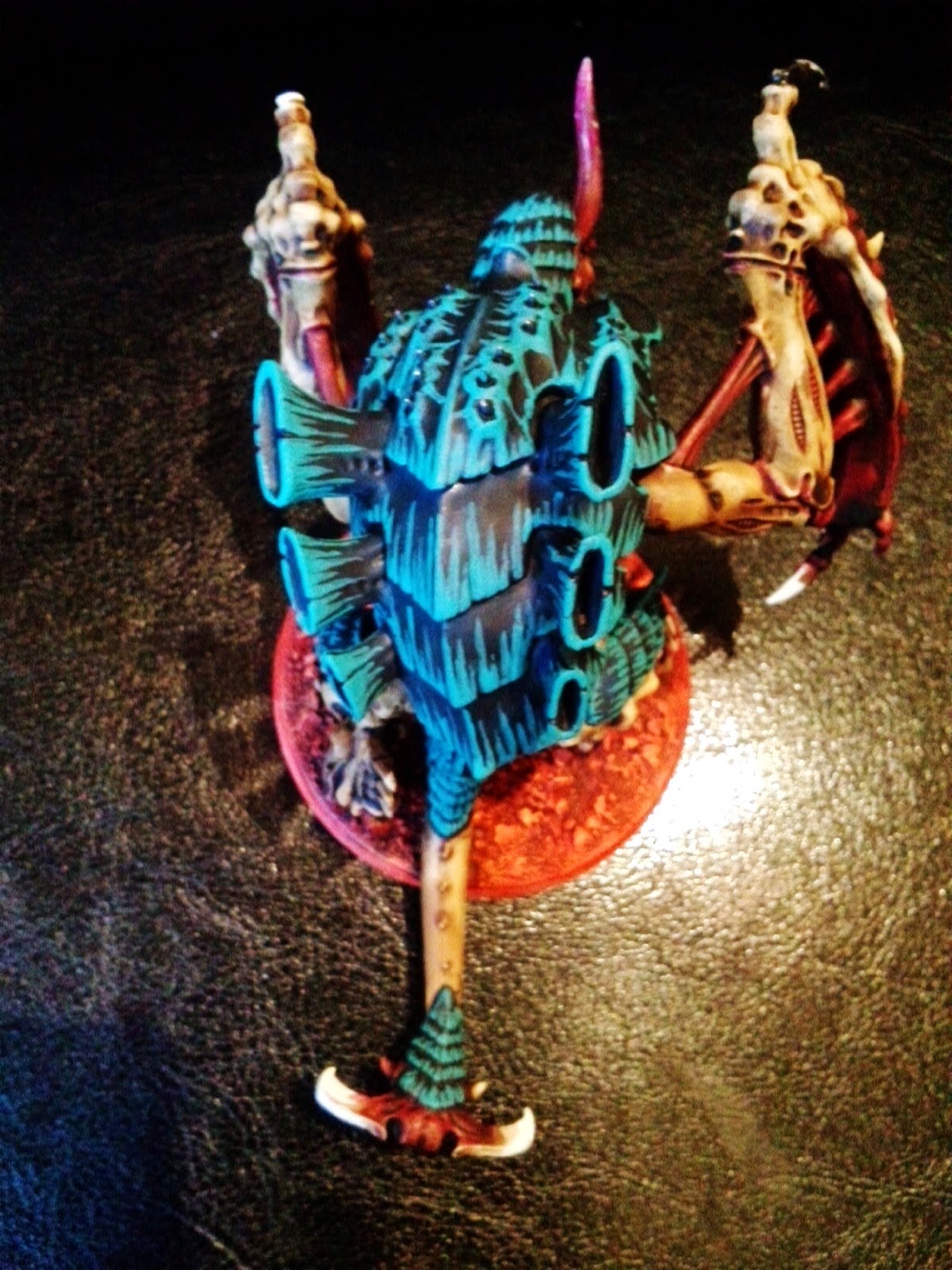