It has been noted recently that in many of the early Xenos incursions into occupied areas of Ferron Proxima that amongst the hulking beasts and chittering hordes there was a being of immense psychic potential. This creature could be seen floating above it's smaller brethren, an eldritch light sparking from it's immense cranium and exposed synaptic cells. Unfortunately most field reports stopped there, as whatever witchery this creature held resulted in the decimation of whole ranks of heroic defenders of Ferron Proxima. One minute they were upholding the faith of the Emperor, the next minute they were but lifeless husks. 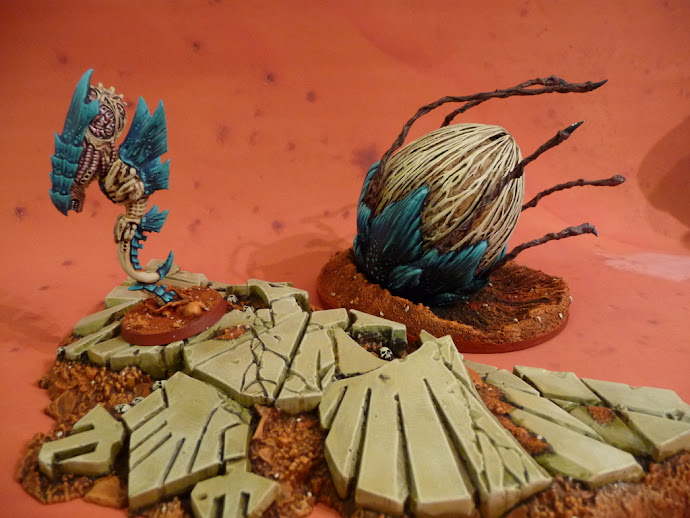 Bio-magi have since found numerous reports from other worlds of creatures similar to these but one in particular has even more commonality with the brain beast, a creature designated the Doom of Malan'tai, although very little evidence exists of the immense Psychic Blast employed by Ferron Proxima's own so-called 'Doom'. The Ferron brain beast had instead been known to emit a piercing scream, so powerful as to render armour and defensive fortifications useless. The sonic tirade caused the heroic planetary defence forces and Astartes alike to fall to their knees as their ear drums exploded and their brains were liquefied. What is worse is that cyber skull bio-data recording of the brain beast revealed it to somehow gain strength from this wholesale slaughter. 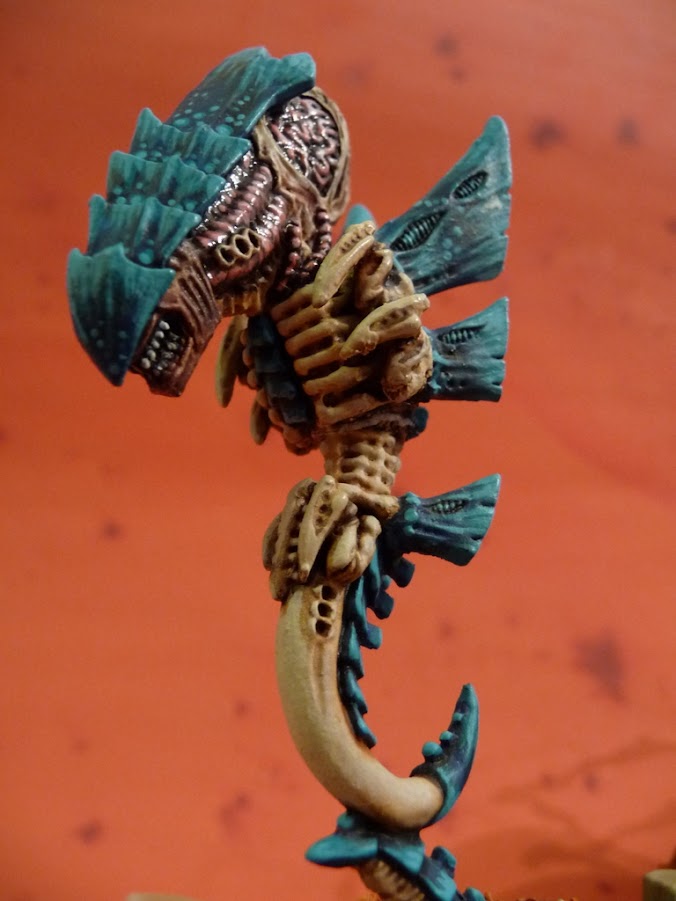 A priority one kill order was sent to all forces, however this proved a difficult task as invariably the first sign  the brain beast was in the vicinity was when a giant fleshy pod-like creature fell from the sky and the beast burst from it's thrashing carcass into the midst of the brave defenders. Before they could react they would be overwhelmed by the brain beast's pervading life-draining ability or the writhing pod lashed out with it's tentacles spitting individuals on the serrated barbed tips. Additional ranged weaponry on the pod was often brought to bear on anybody brave enough to try and tackle the brain beast head on, but not before they had run the gauntlet of the 'Doom of Ferron Proxima'  itself. 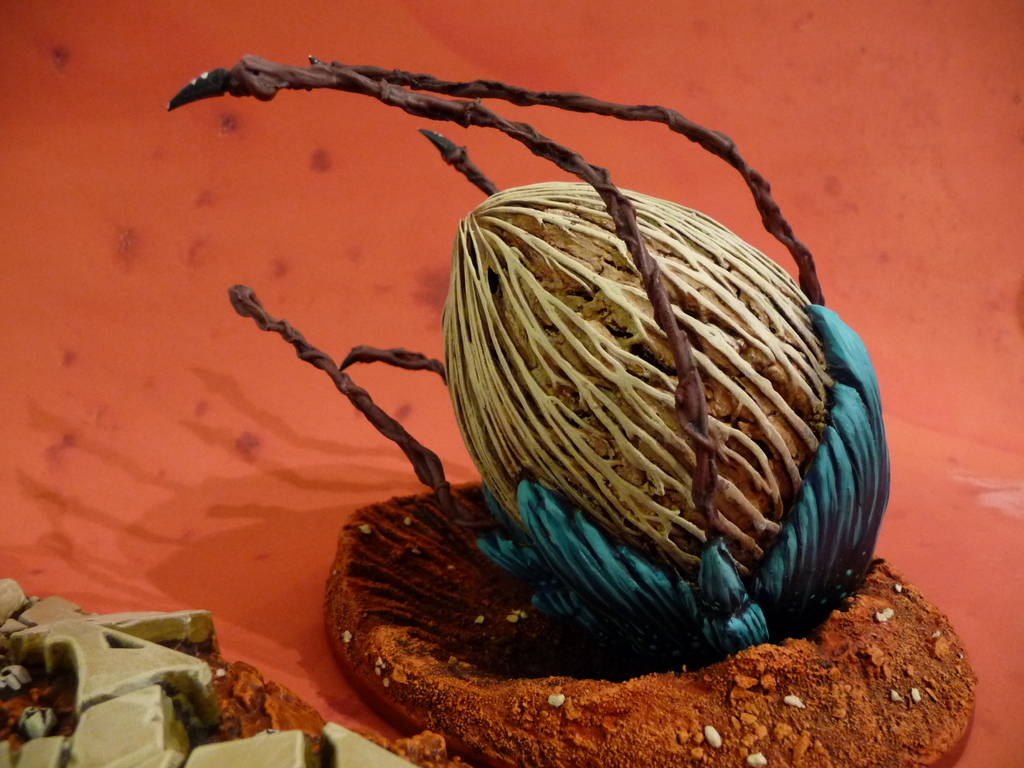 These two Tyranid bioforms formed an unlikely but effective symbiotic relationship, often with the pod being left ravaged by defenders eager to meet out some revenge for the horrific devastation the brain beast created. Quite often the brain beast would be left untouched by the blessed munitions of the Emperor, surviving hundreds of rounds of bolter shells and high energy weapon discharges while it feasted on the life-force of anything within reach. Many reports also suggested that despite this energy field and prodigious strength one crack shot in the right place would be enough to render all this psychic energy pointless as it' vaporised into the warp. Sadly though in the early days, for every confirmed kill there was another confirmed sighting. Once again reminding us that the Great Devourer is constantly evolving, mutating and gestating new horrors that must be destroyed for the Emperor and the safety of the Imperium. 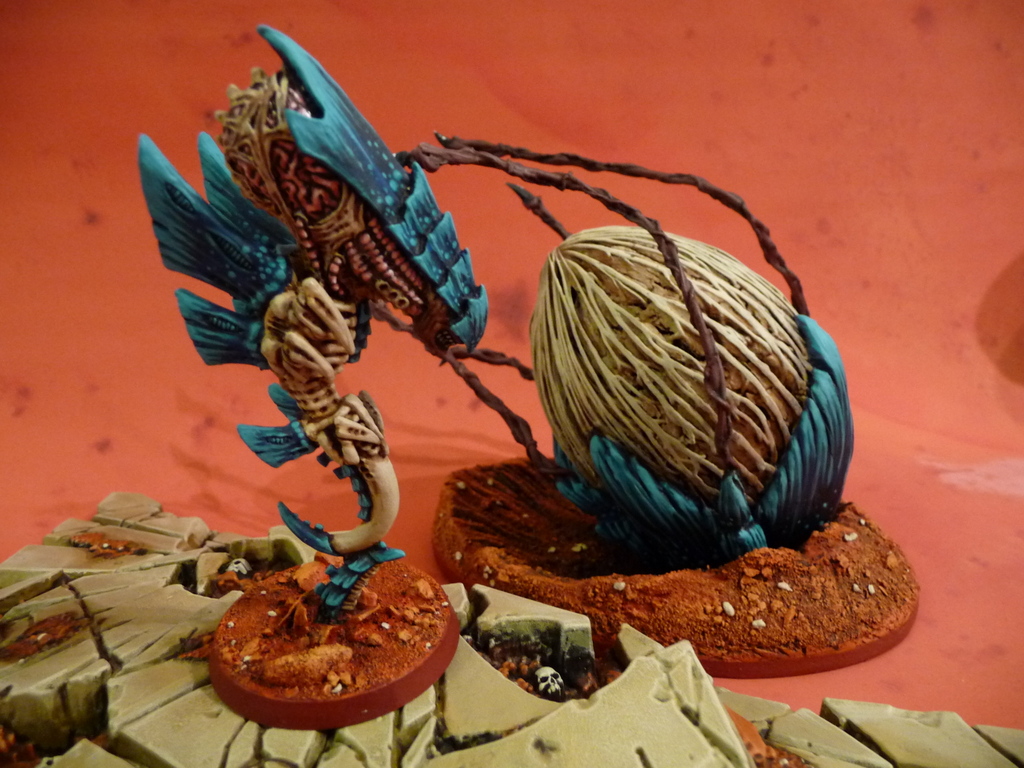 Recent field reports have shown no new sightings of the Doom of Ferron Proxima or it's transport creature. It may well be that Hive Fleet Gorgon invested too much bio-matter in replicating this one creature and can no longer support the intense psychicly attuned resources. Alternatively the Hive Fleets absorption of the naturally occurring Wraithbone shards that at first increased the Tyranids psychic potential may yet have returned a malignant weakening of their witch powers. Its difficult to tell when the enemy is changing all the time and who can fathom the alien mind anyway? All that is known is that there is no immediate threat from the brain-beast or it's spore pod, but be ever vigilant against the incursion of the xenos filth!
Posted by 40kaddict at 12:14

Email ThisBlogThis!Share to TwitterShare to FacebookShare to Pinterest
Labels: doom