Despite all the nid activity to the contrary my Typhoon Pattern of 'Land's Speeder' has been in progress [and progressing] for a while now. I've been working on the metals in much the same way as my Drop Pod [also very much 'in progress'] but needed to tone it down as I don't want shiny metallics. To get to this stage was quite a lot of Tin Bitz, then about four highlights followed by two lots of washes. 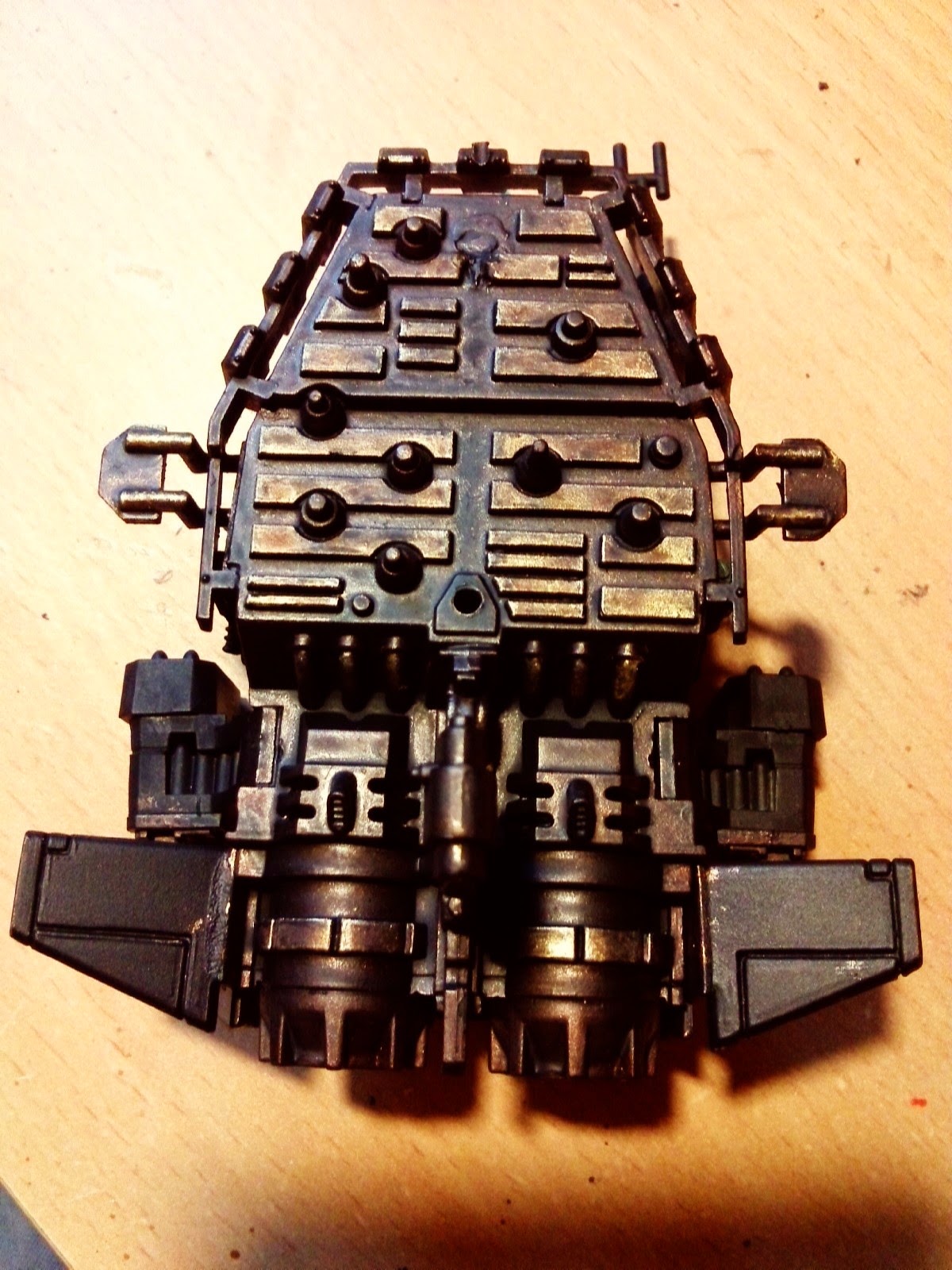 This may well be OTT for the end result, it looks much richer in the flesh metal, but I am going to add in the Verdigris too so who knows where it will end up and how much of all I've achieved so far will be obscured? So, I have to admit I'm putting off doing it, as I'm still not sure it will remain the 'dark' Ravenwing I'd hoped to capture. 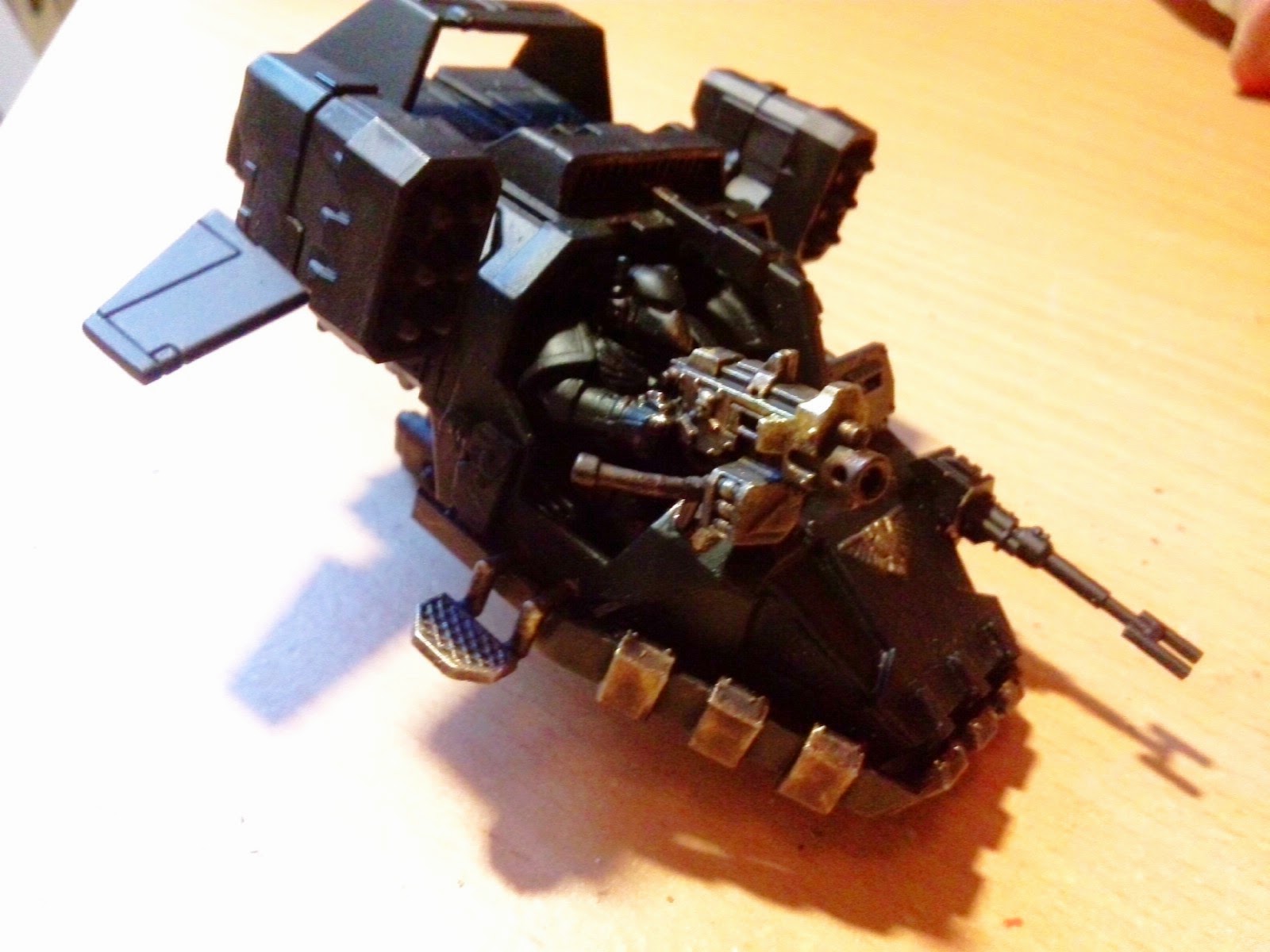 Once I get my 'four horseman of the Hive Fleet' done - Dakkafex, Zoie, Venom and Lictor, I'll be back on this as a priority, I think?
Posted by 40kaddict at 12:14