'nids part 135 - Yet more WiPs of Lictors and Zoanthropes

Blues and washeson the Zoie. He was mising a dorsal vent that I dropped on the floor and it disappeared into the Warp so I just decided to do without. I always like being at this stage of the paint scheme, with the washes done it's the striations next. I may not always enjoy doing them but getting that stage feels like the job is progressing well, particularly with the bases being painted in advance now. 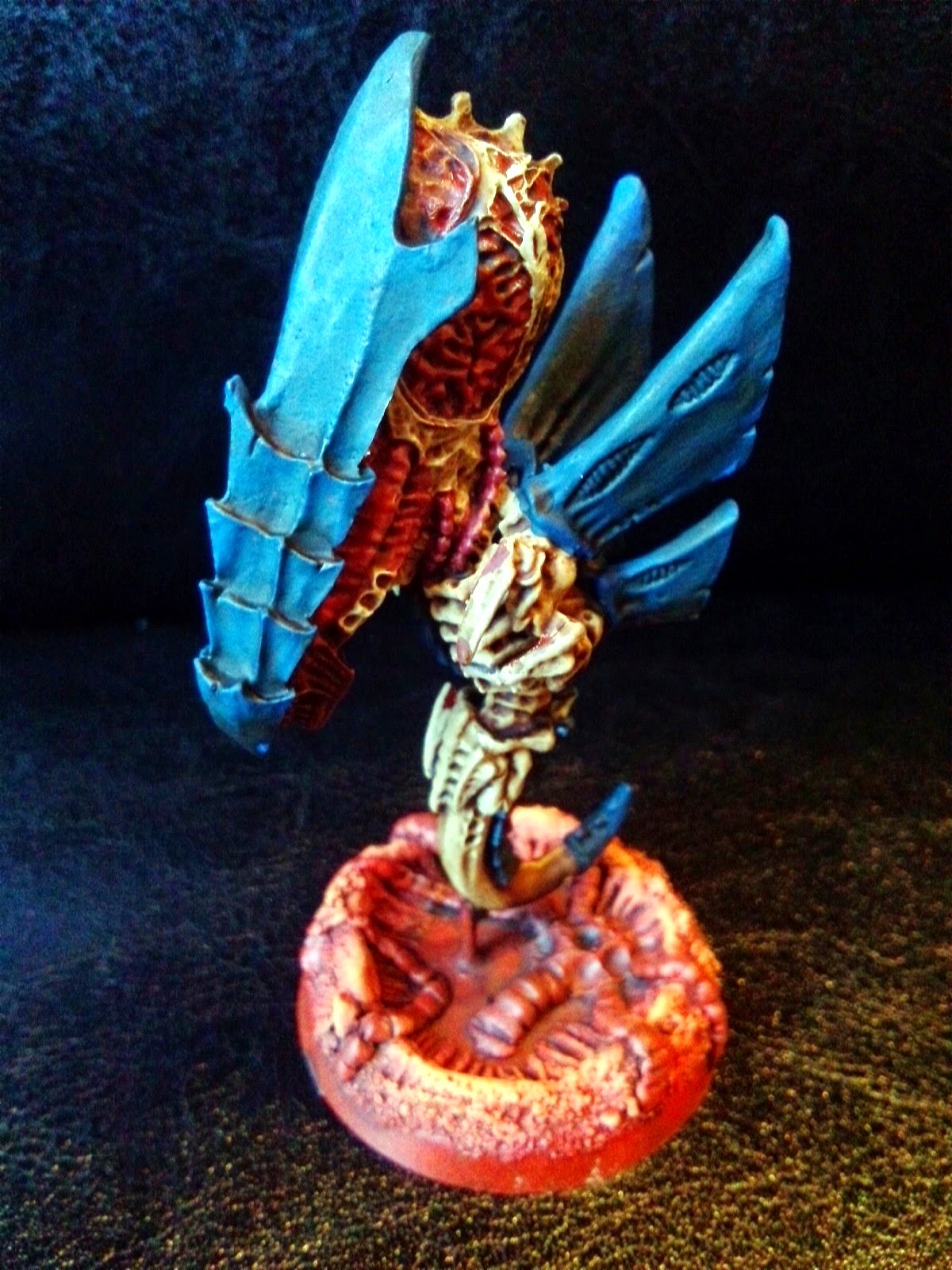 So two striation highlights, claws, two bonewhite highlights and the fleshy bits and this baby is done. It's nowhere near the finish line but for some reason it just feels roudn the corner. I'd decided to do his brain glowing green and if I ever got a third have it glowing yellow but if you think I should keep it just fleshy pink like the 'Doom of Ferron Proxima' let me know. 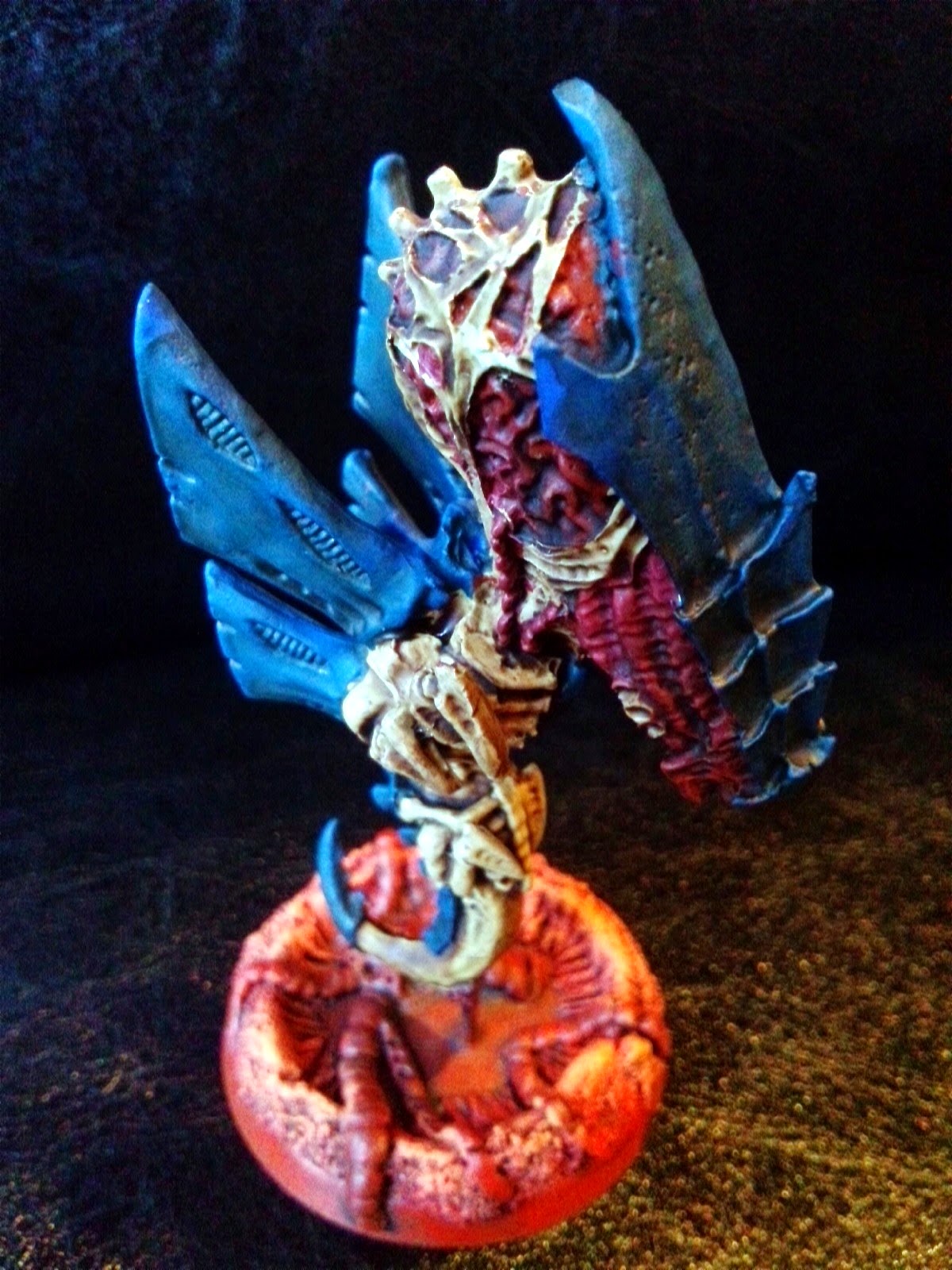 The reclamation pit will have green slime like the Capillary Towers, hopefully the pin won't be too noticable. Unfortunately the first lot of super glue didn't hold it so I had to add some more in which as you can see came out a bit bulky but it's on the underneath so will be hidden a bit.

How the base should look when its finished. 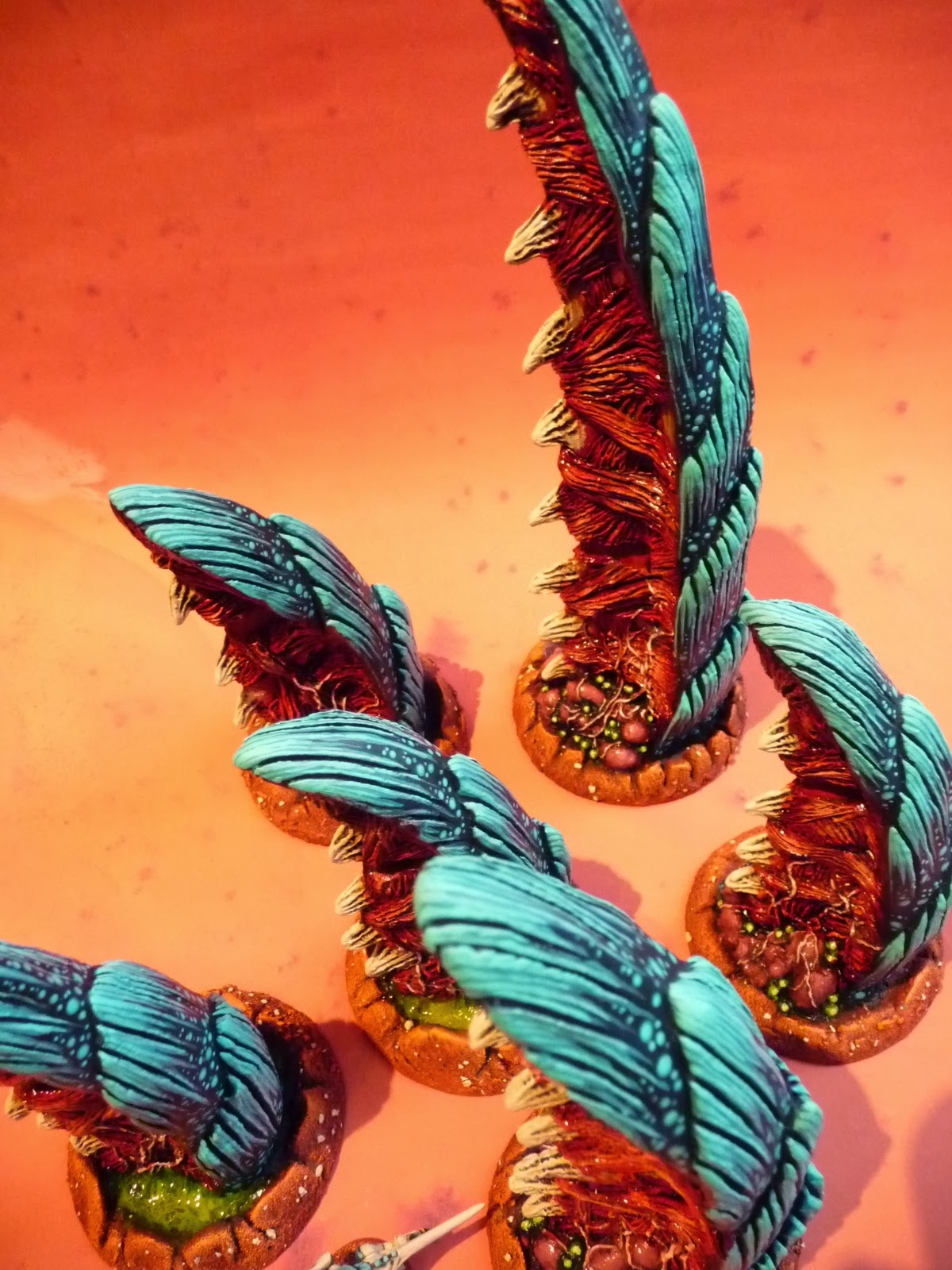 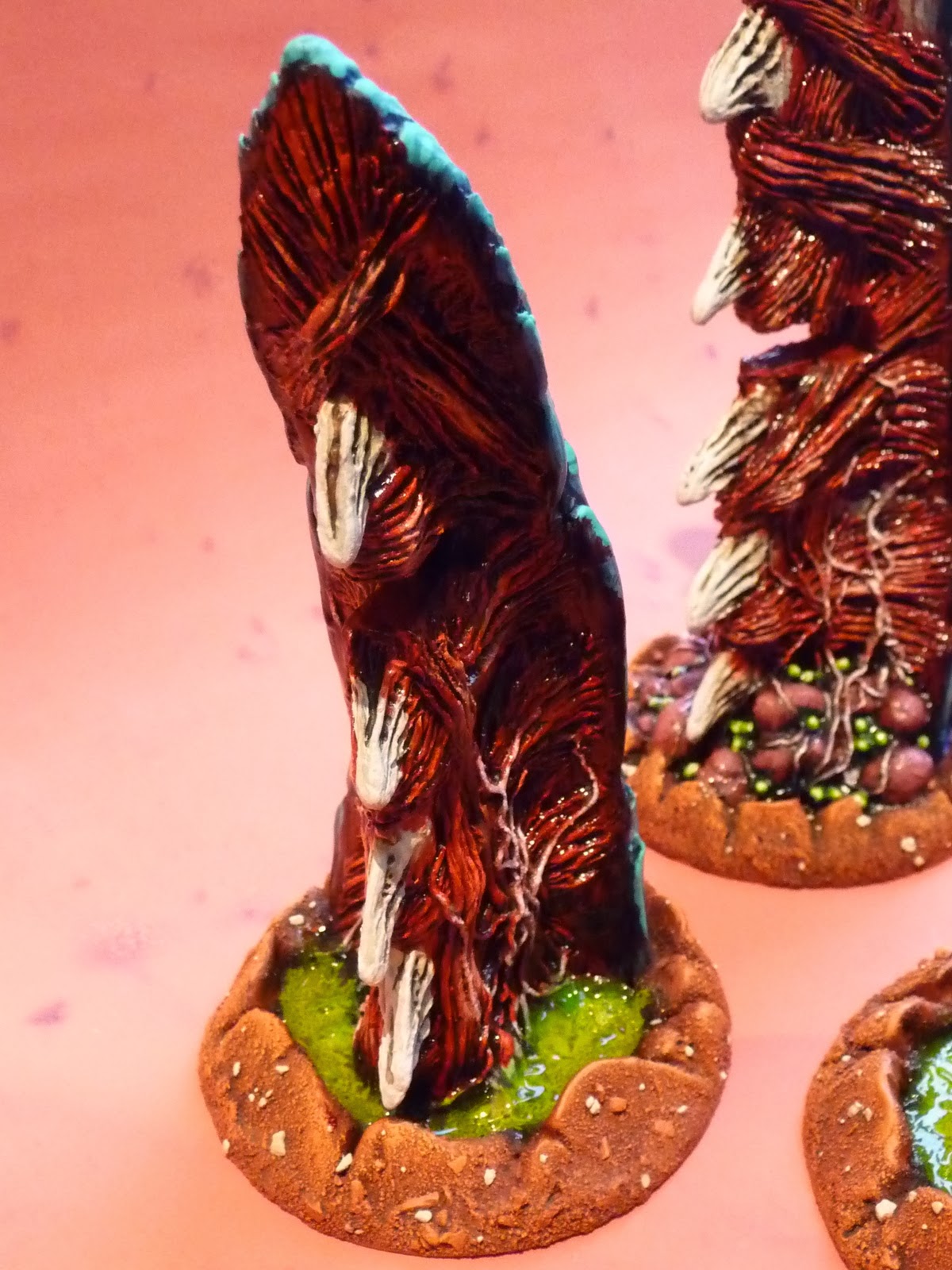 The Lictor has also continued at the same pace. 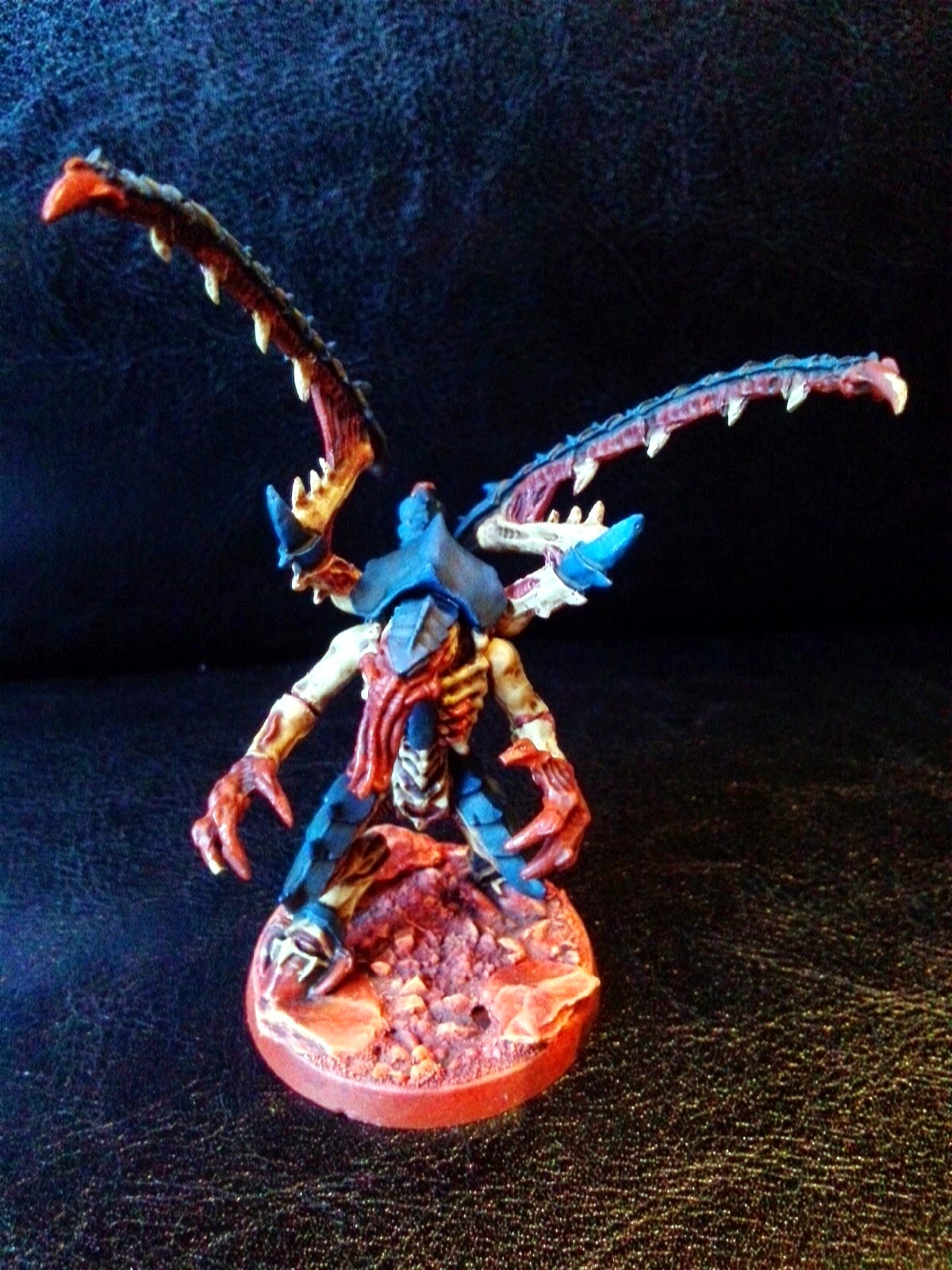 I will proxy him as Deathleaper.

So, I had both these models and my Venomthrope and Carnifex all at the same stage. Last night I put down all the first set of Turquoise striation on the Carnifex, about 90 to 100 minutes. I'm hoping to do the other three models in an hour then my next hobby stint may be some Dark Angels to break up the Xeno-centric and do what is, afterall, my purpose these few months.
Posted by 40kaddict at 12:32