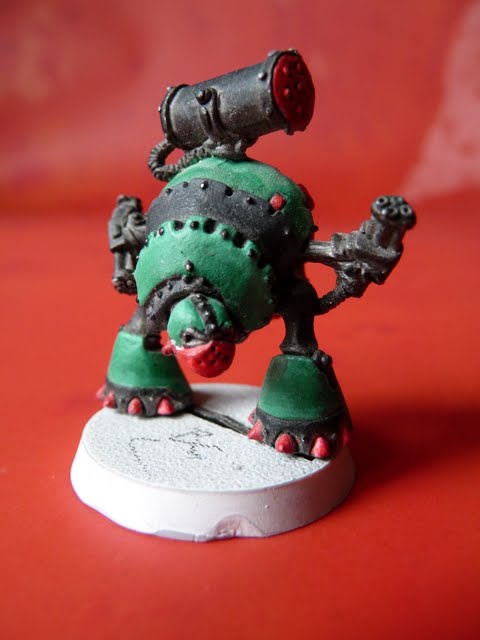 Much like every other 40k addict I am frothing at the thought of the new Knight Titans, sadly I'll probably end up being late to the party  even though I'm already well versed in their lore. I still have this Warden [I think] and one of the Eldar Knights knocking around, I ebayed the rest about 6 years ago but can't find the pictures :( . I don't quite know how this burning desire for the new model came about. Initially I was like, OK, now it's something I have to have. 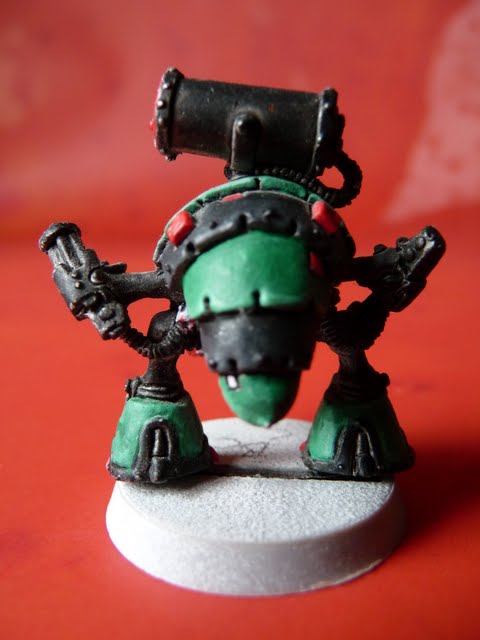 However, I've planned out this year, hobbywise, so there is no window of opportunity to fit one in, and I have a slightly more impressive alternative to the knight in my sights at the moment. So I will probably hold out for 12 months but the fact that just the one model would really help bulk out my Dark Angels so they were playable much quicker may impact that position. 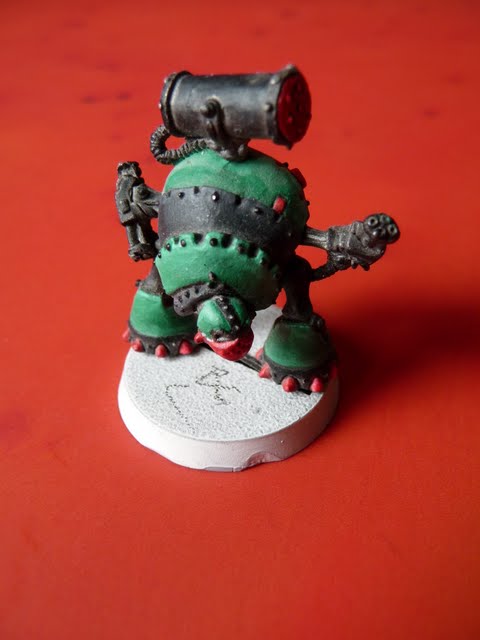 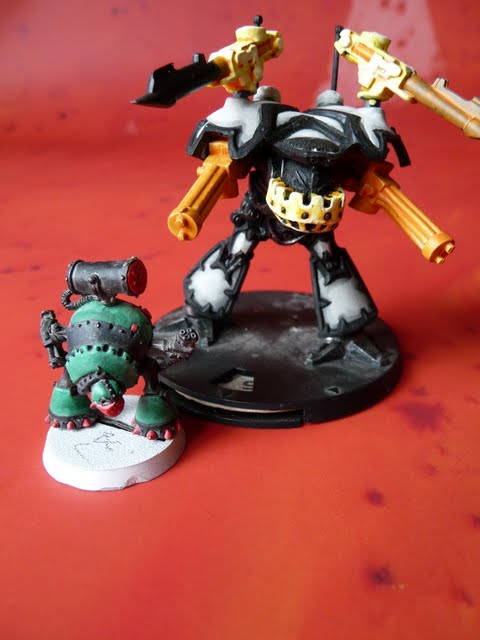 Additionally I have a really cool piece of fluff that manifested itself and fits with the fluff behind Ferron Proxima's rogue Titan Legion and the importance of Ferron Proxima to the Dark Angels. The fluff pieces are swirling around in my head and I just want to get them down but they really only work for me with accompanying images which slows the process and is very frustrating, sadly.
Here's the Eldar Knight Titan. 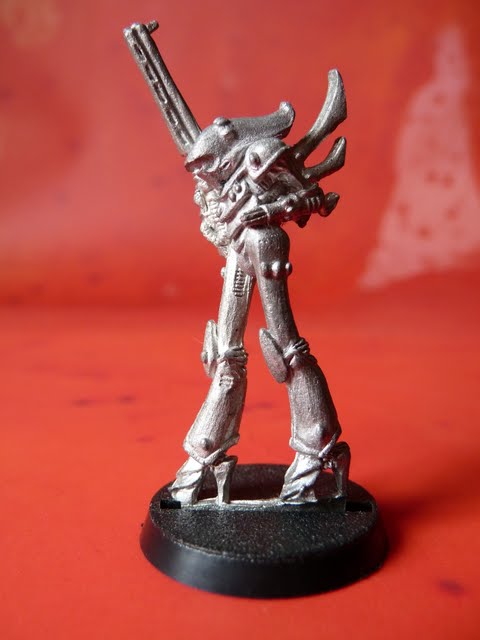 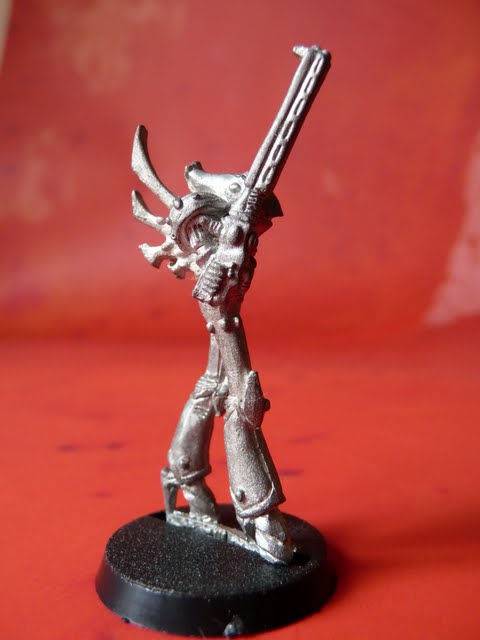 I have to say this initial concept sketch by Jes Goodwin has slightly more appeal to me than the final model, there is a bit more flair and menace about it. The row of spikes on the back, the more rounded shoulder guards and bulbous hatch on top seems to have been toned down a little bit in the finished model. I doubt they'll do this but I hope they make some replaceable shoulder pads and I'd love to see something like a Vulcan Mega Bolter or Punisher Cannon alternative weapon mount, just the two weapon choices seems a bit stingy at the moment. 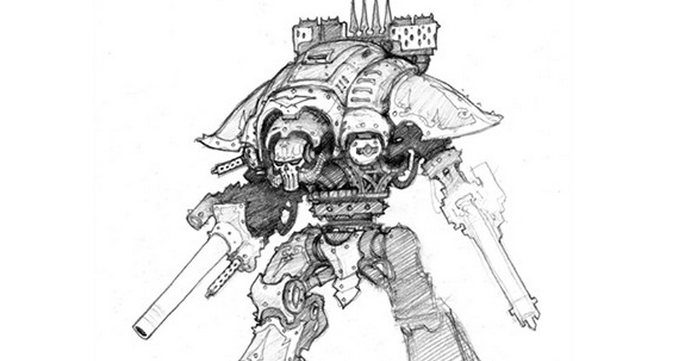 Anyway, just stating my intent and sharing these old pics, have a good weekend.
Posted by 40kaddict at 12:30