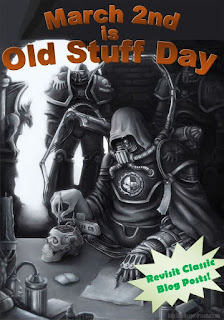 It's old stuff day 2014. A couple of years ago now warhammer39999 wanted to join a movement to rediscover lost gems from the world of hobby blogs. To choose one of your own blogposts that your most proud of, or may not have got the attention it deserved or any thing that may warrant some necromantic blogpost bothering. On top of that you were to share blogposts from other bloggers which you thought deserved the same spotlight of attention before they were returned to their dark nightmare infested slumbers.

Last year I was well up for this, I had 'starred' a number of blogposts from other blogs in Google Reader but of course the events of my father's passing meant I didn't write the post and since Reader was removed I've lost all those cool posts so this will be just a few from other blogs

The only problem for me is I tend to link to loads of my old stuff anyway during my usual posting. Additionally I've been sharing other blogs too, so already I may have shown you old stuff from others blogs that's great. But I want to show a little love (♥) to some of my older posts so let see if I can do one from each year:

2011:
One of my more successful posts, I think becuase it's 'not safe for work' which seems to appeal to us geeks. Anyway, my mate Liam from bluewarpstudios should take most of the credit, it's his model afterall
ebay sales YOU won't regret! Yet more daemons! Maybe not safe for work... eek! 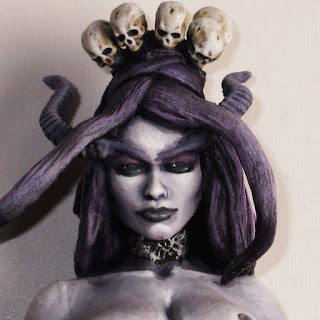 2012:
How about the first completed thing for my Dark Angels army, a unit of Deathwing 2 years ago! I even got a comment of praise from Ron From the Warp! 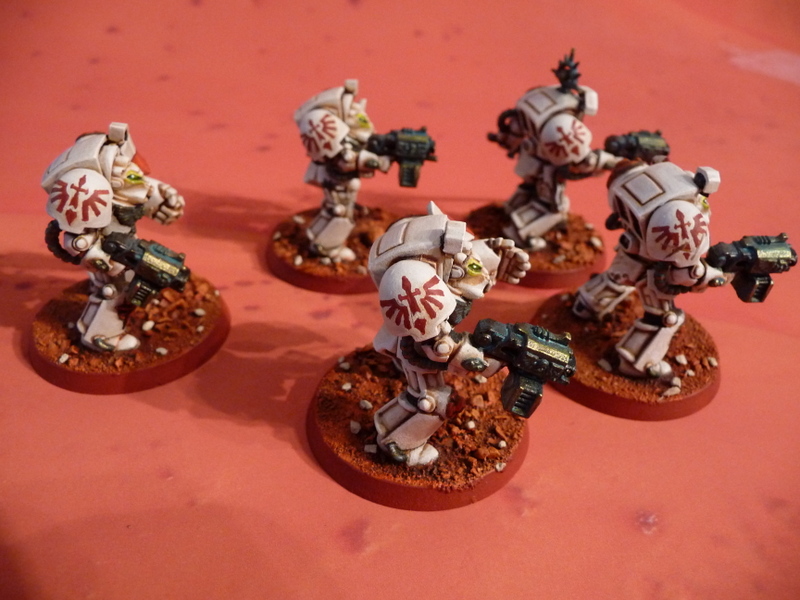 2013:
I decided to feature 2 posts from last year, I'd have probably done my post for my Dad but I only referenced that the other day so instead something more positive - my blind gaming enterprise, one of the most rewarding experiences I've had, Dan and I still keep in touch through Facebook and we've had a couple of moans about the new Tyranid Codex, not that we're still bitter:
Battle Brothers 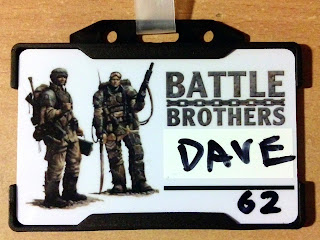 And also the awesome Apocalypse battle my and my buds played
Apocalypse WOW! 12,500pts of Armageddon - prelude to war 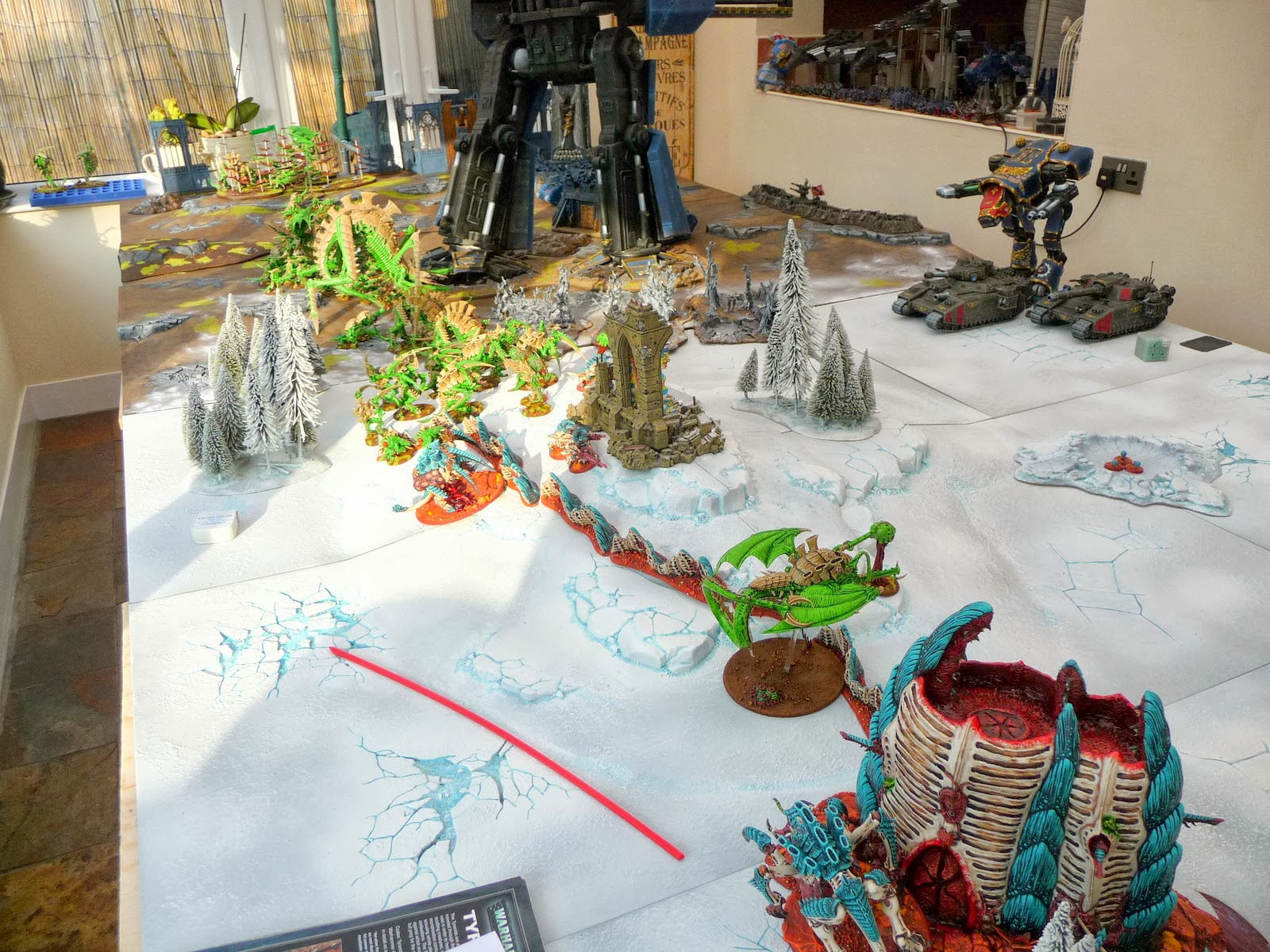 OK so what's floated my boat from other bloggers.

Let us not forget From the Warp. It's been 15 months since Ron took a hiatus from his blog, hopefully one day we'll see his return and such treasures he's crafted while away. His blog is pure gold wherever you look but how about this scratchbuilt Inquisitor Mystic? With help from the tentacle maker from Green Stuff Industries 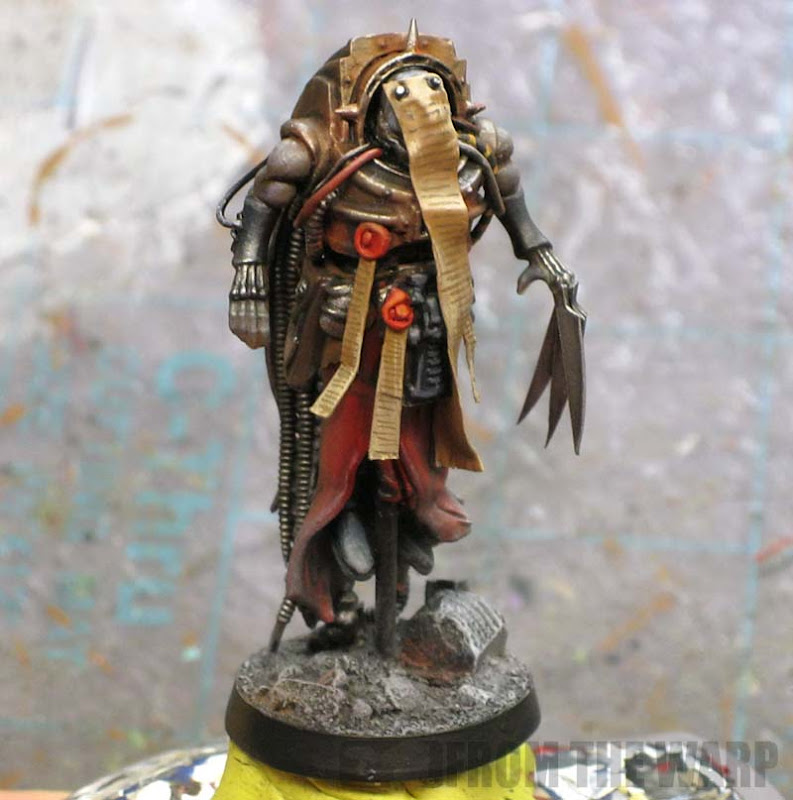 Eye of Error does some consistently amazing armies but I have to say this is probably the best  - his Cthulu inspired Mariners Blight chaos Space Marines they should all be on this page, from WiPs to the finished article, anything tagged and there's plenty of it - a corroded visual feast! 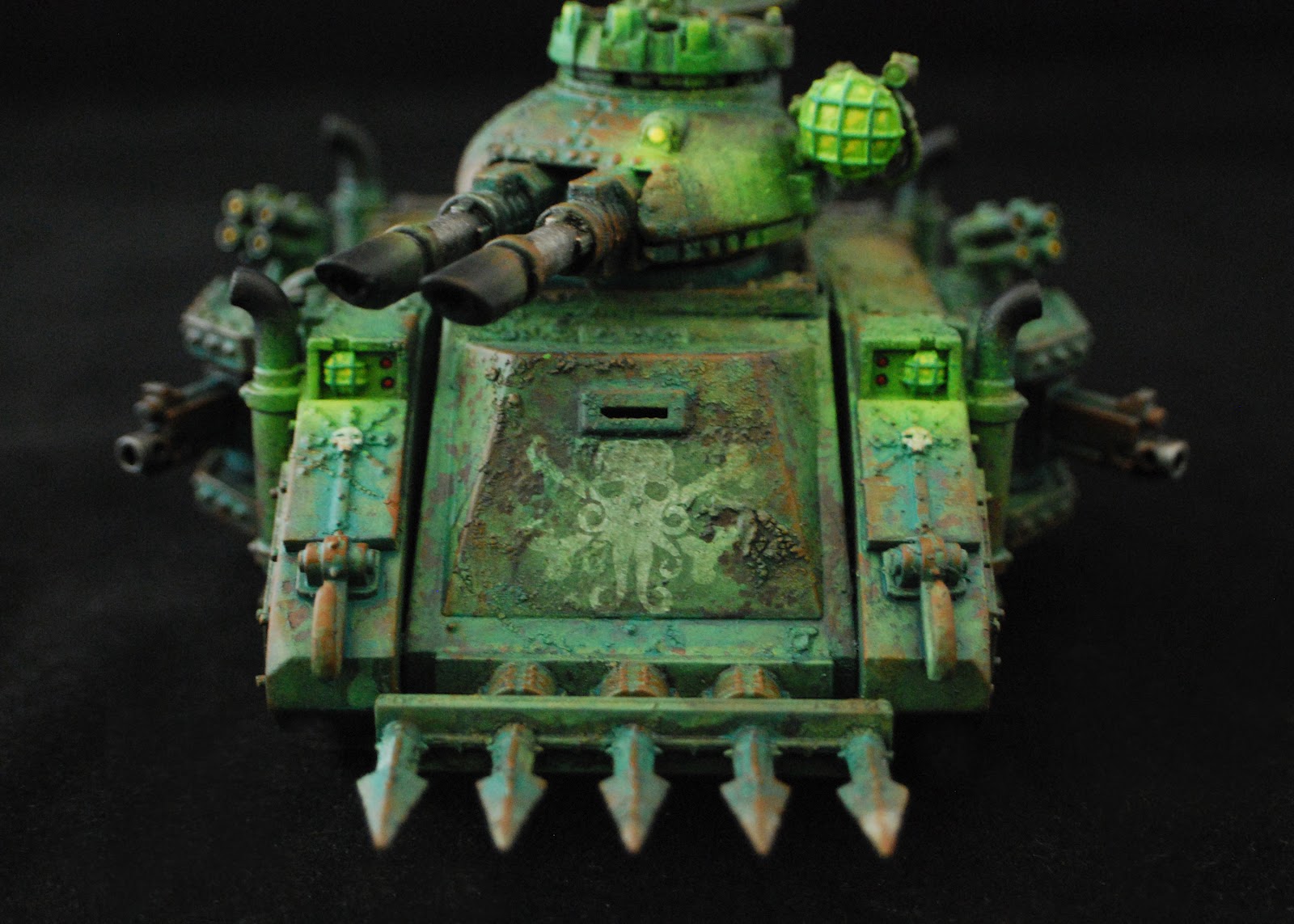 I stumbled across orphenox40k the other day when I did an image search for 'red Realm of Battle' board. I was quite taken by the image below but even more impressed to find out it wasn't actually the Citadel boad but a scratchbuild and the tutorial attached make it look so easy to replicate I'm strugglign to come up with a reason not to have a go myself, well worth a visit even if it's only 3 months 'old':