In a bid to stave off the mind numbing nature of painting the Tervigon I'm also cracking on with the Skyshield walls - no mean feat in themsleves. I actually don't want to be doing these, I'm going against the flow of my creativity, I'm bored of it and it's a bit tedious and it's still at the beginning in most respects because I've abandoned all the high concpet ideas. This is the first bit fleshy fibres, I went straight with DAS because I knew Milliptu was going to slow everything up. With a small amount of water it can stick quite well so the rest will do the same. 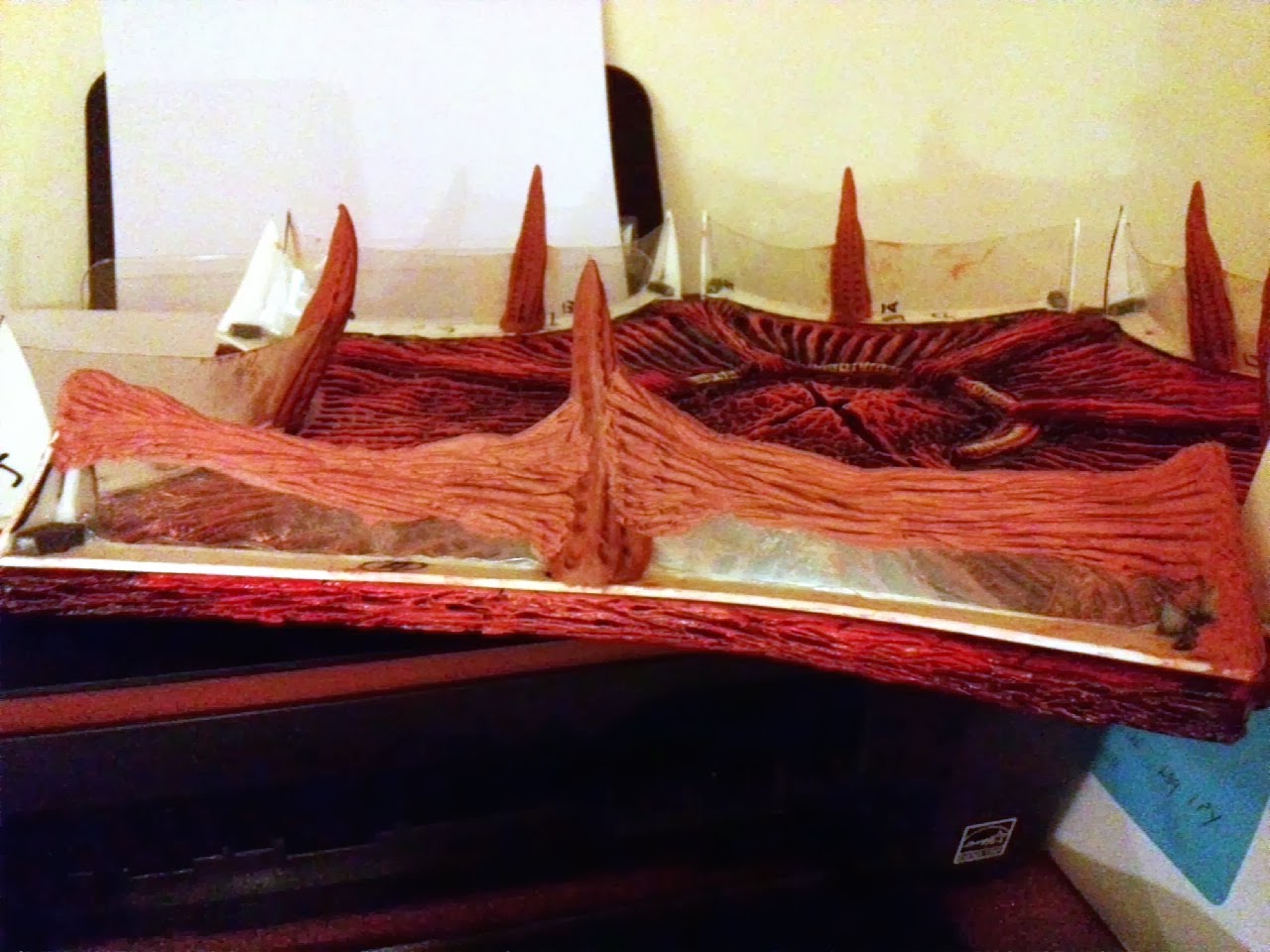 I tried to add some variety in the musculature and as my terracota ran out I also finished up my white clay too. It was starting to dry out anyway so abit of kneeding with some water added revived it enough to get to this stage. 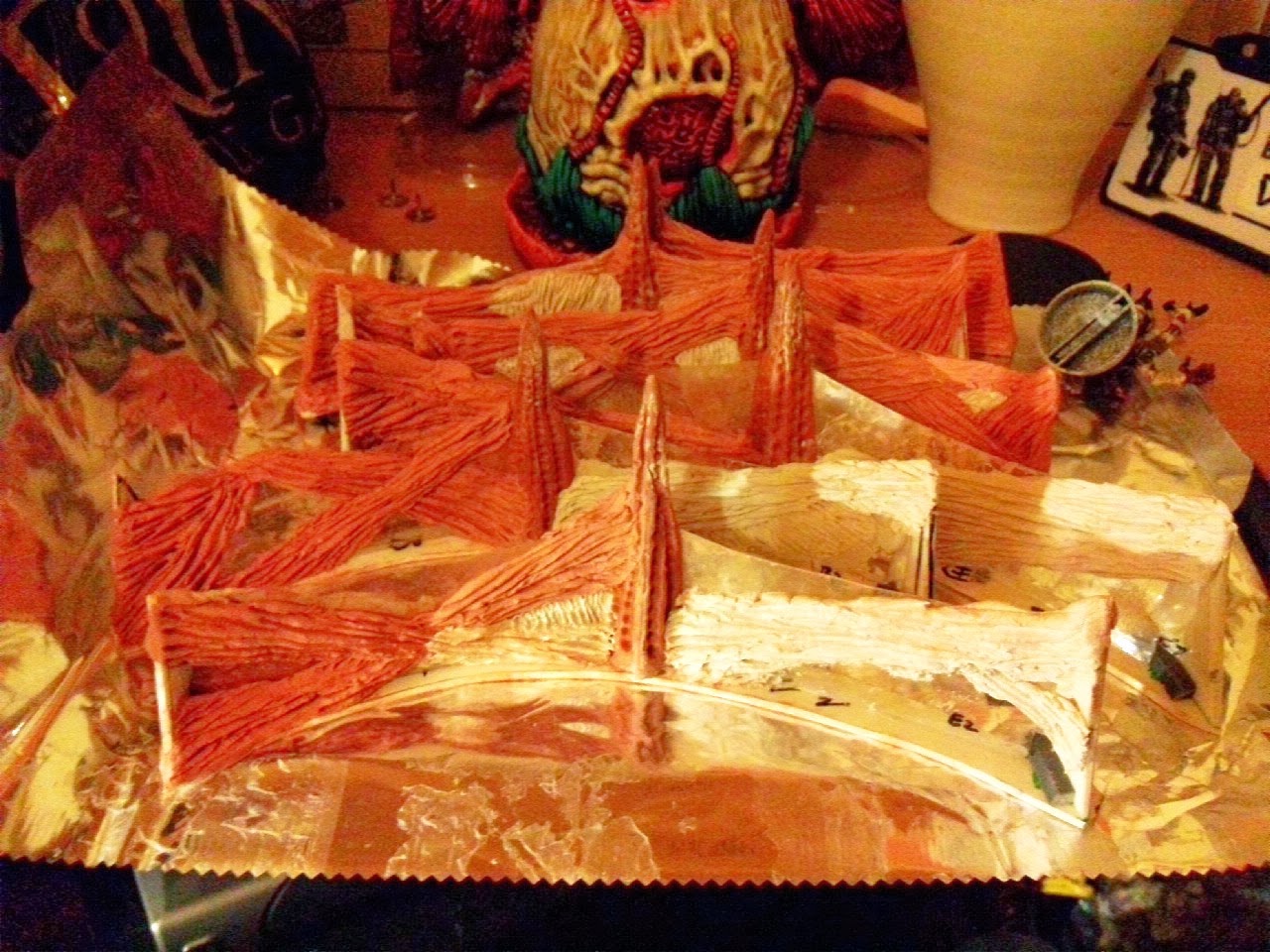 The first completed wall and I think I'm not mistaken when I say the clay drying has managed to warp the frame a bit. 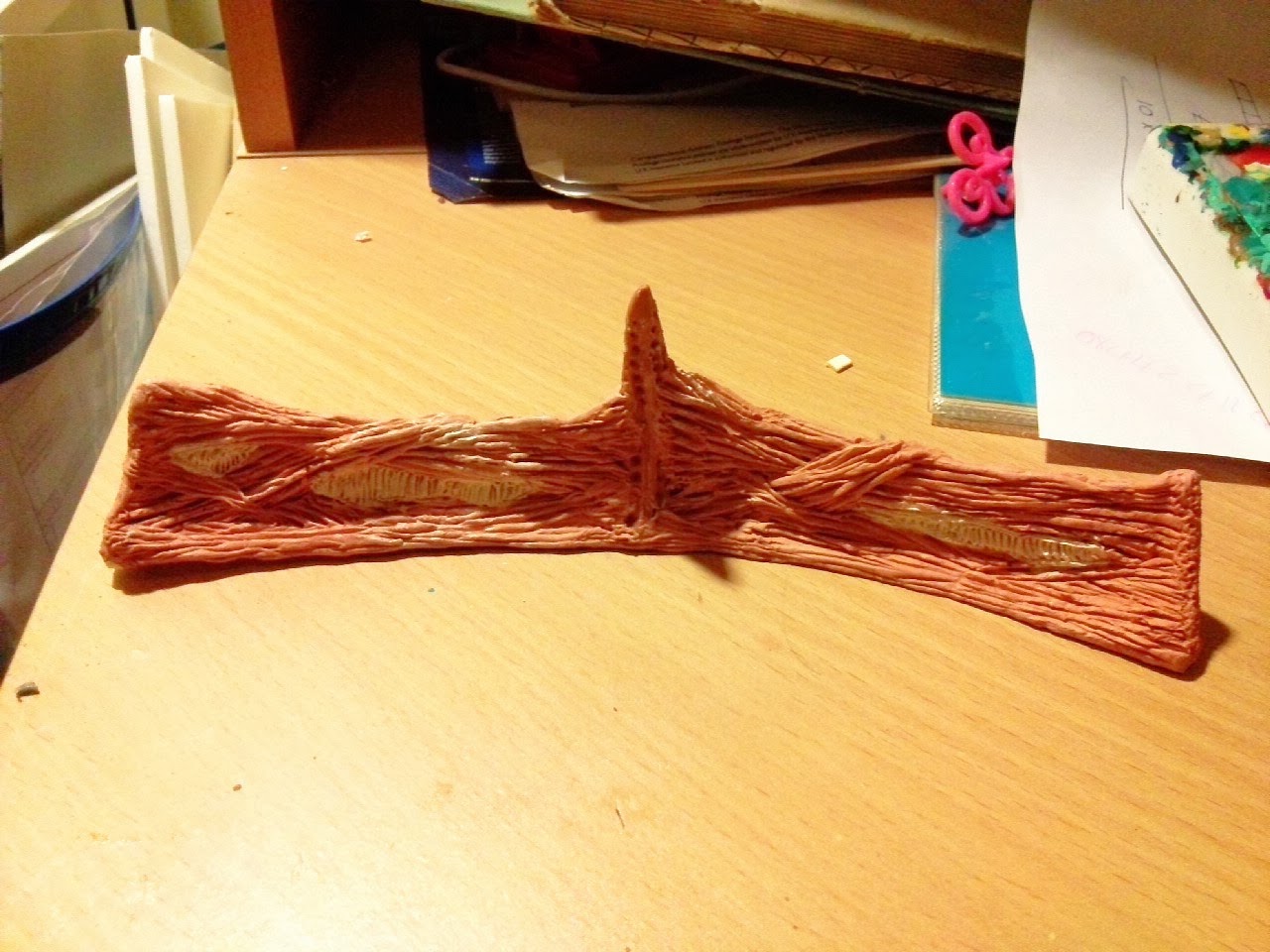 I'm hoping that once it's afixed between the Capillary Towers they will hold it in place a bit more but at this stage that one magnet is looking less effective than when it was just the plastic frame on it's own. 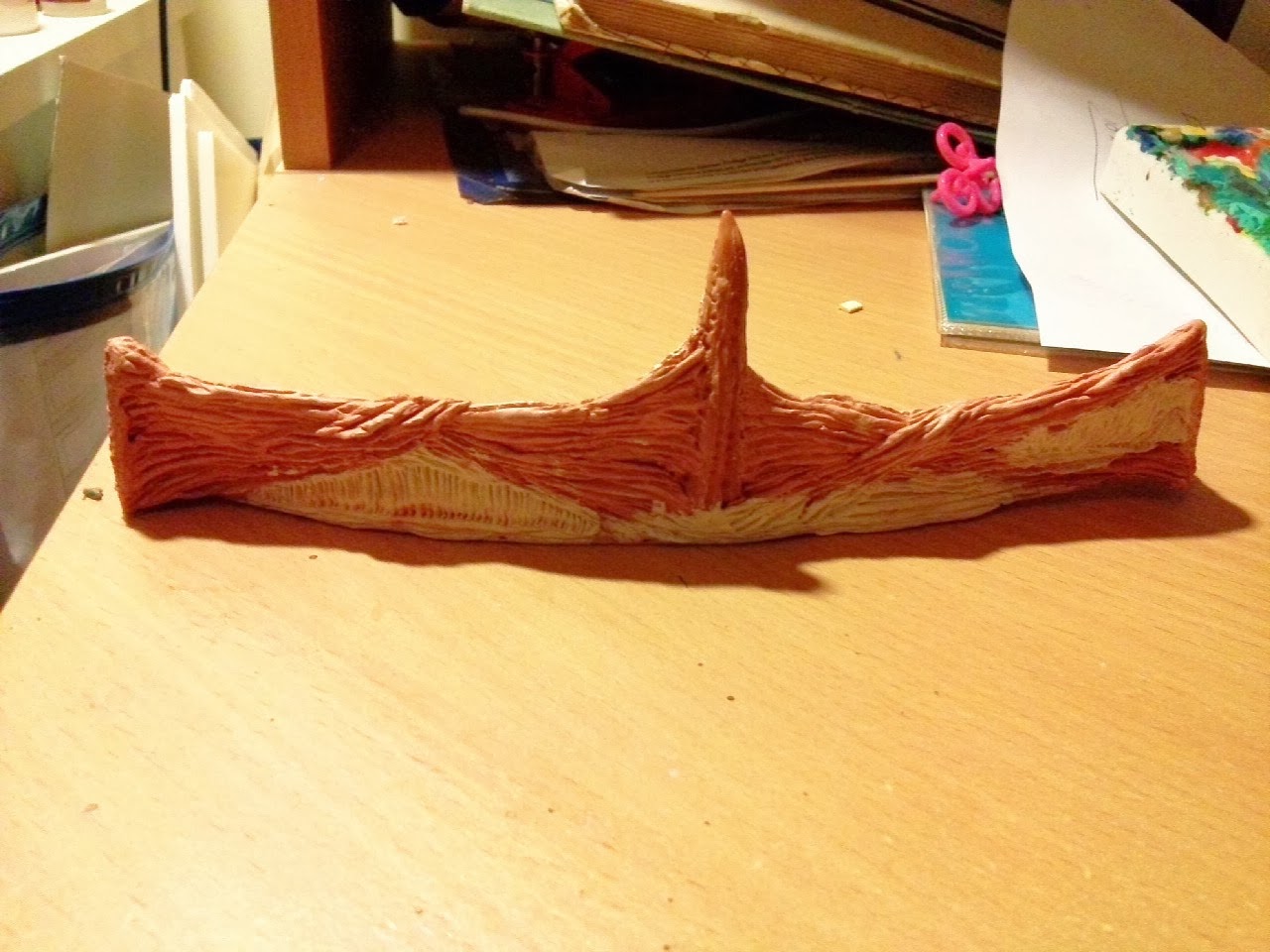 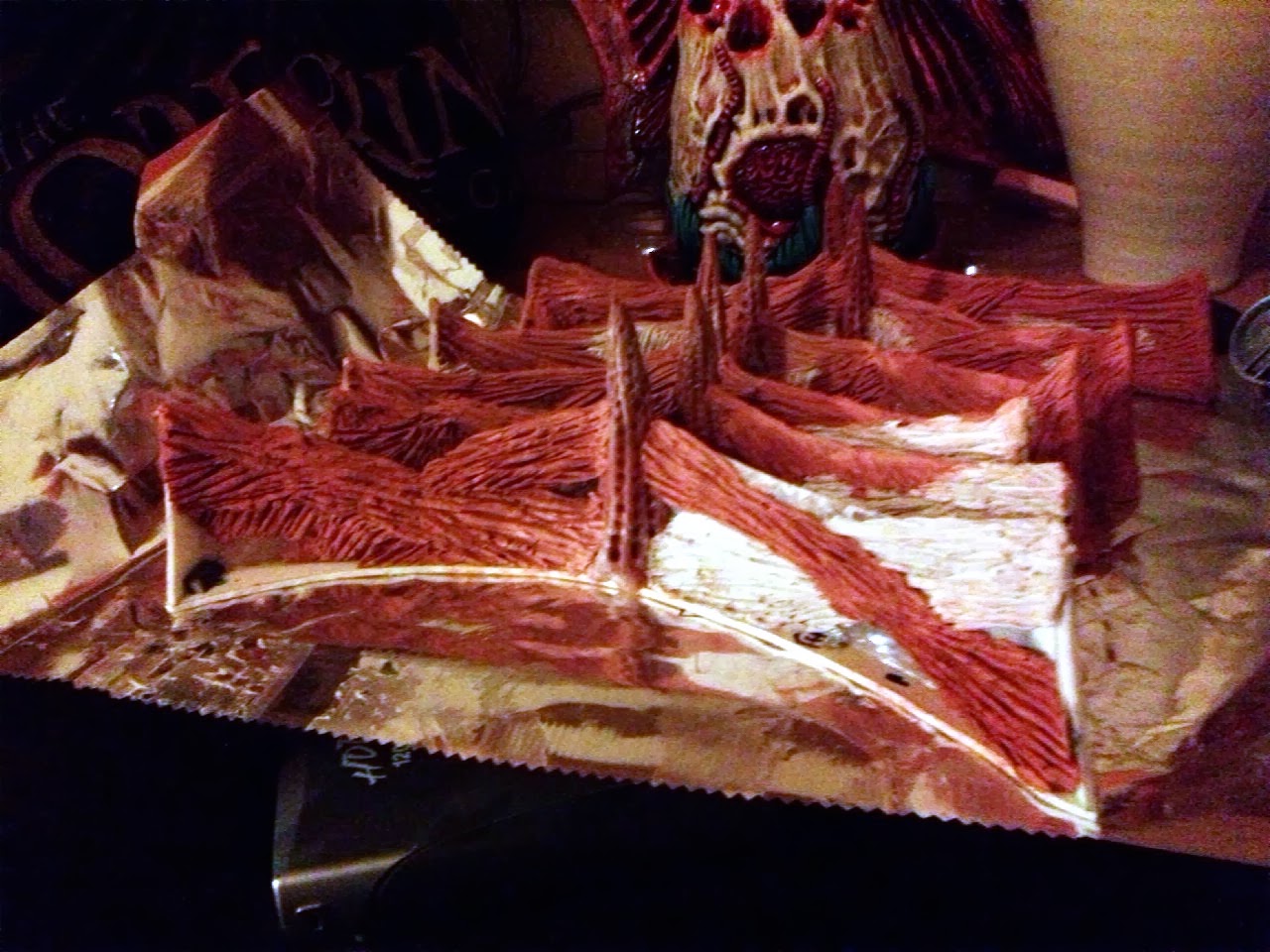 The first completed wall [and again]. Another wall, just some horizontal bits to do at the base now. 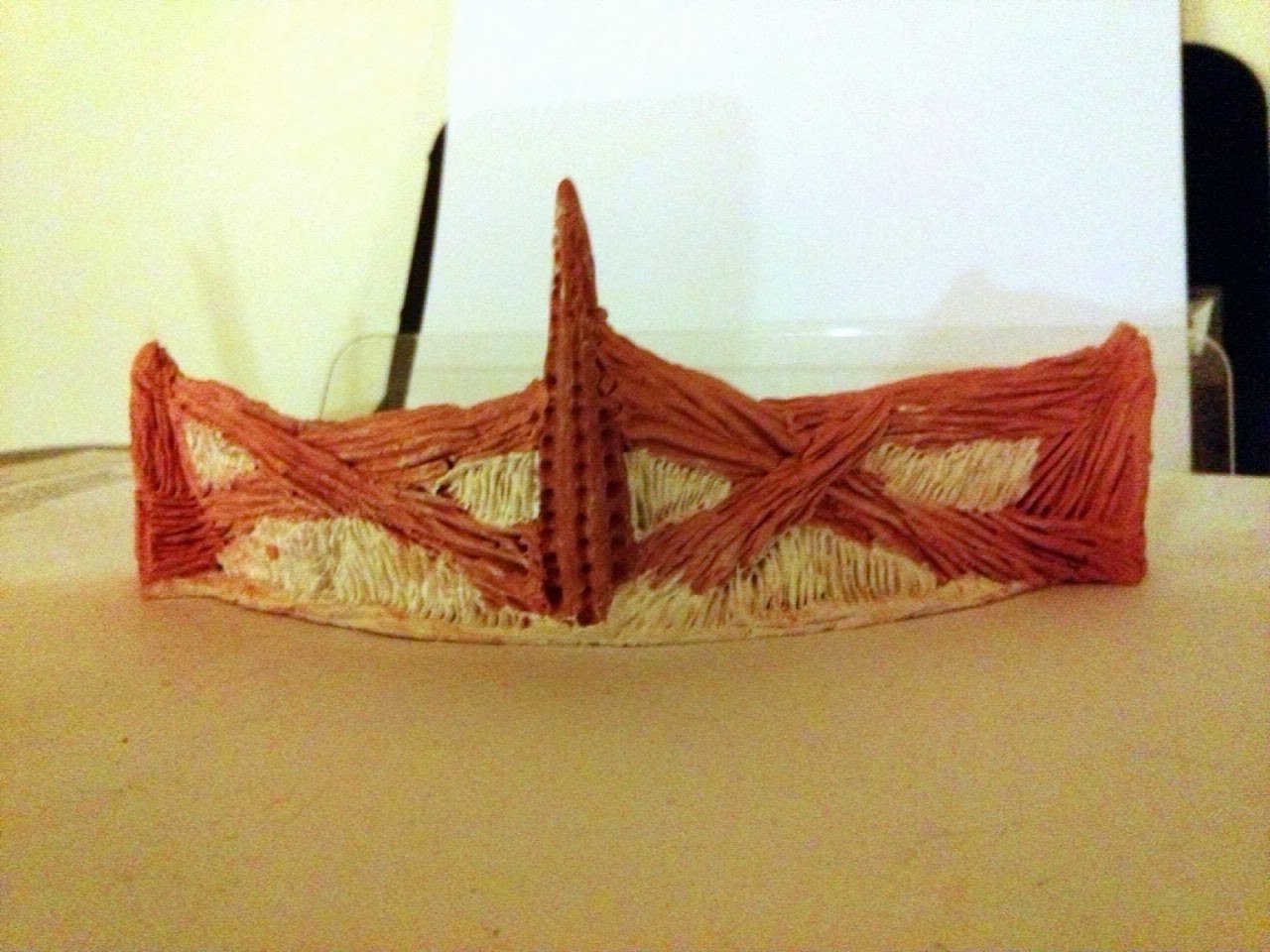 And the same on the front is needed too. 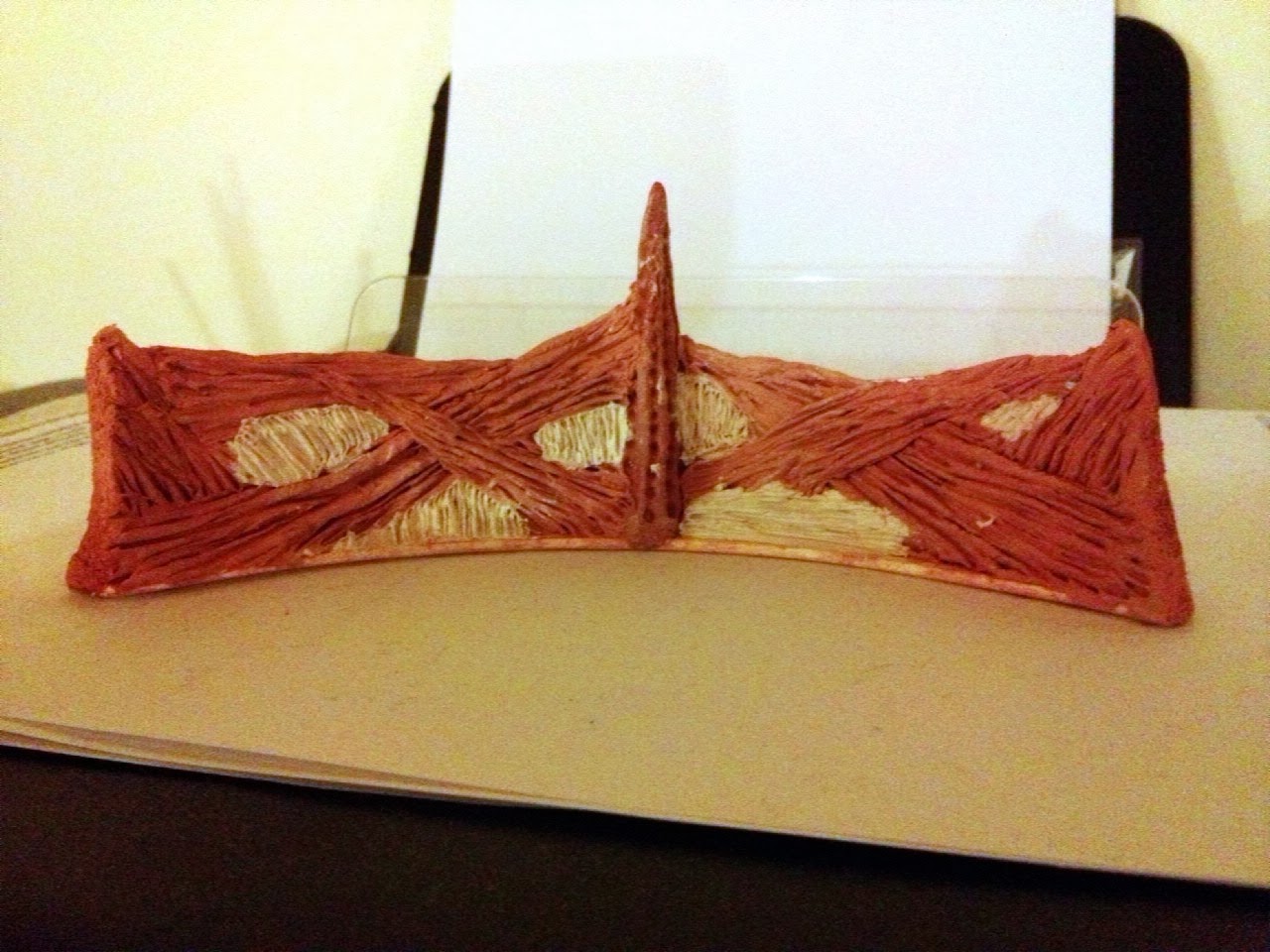 It all seems a bit random but it needs to be done and I haven't time to come up with something better. I've already compromised the vision so we'll just have to hope the paint job willlift the end result. 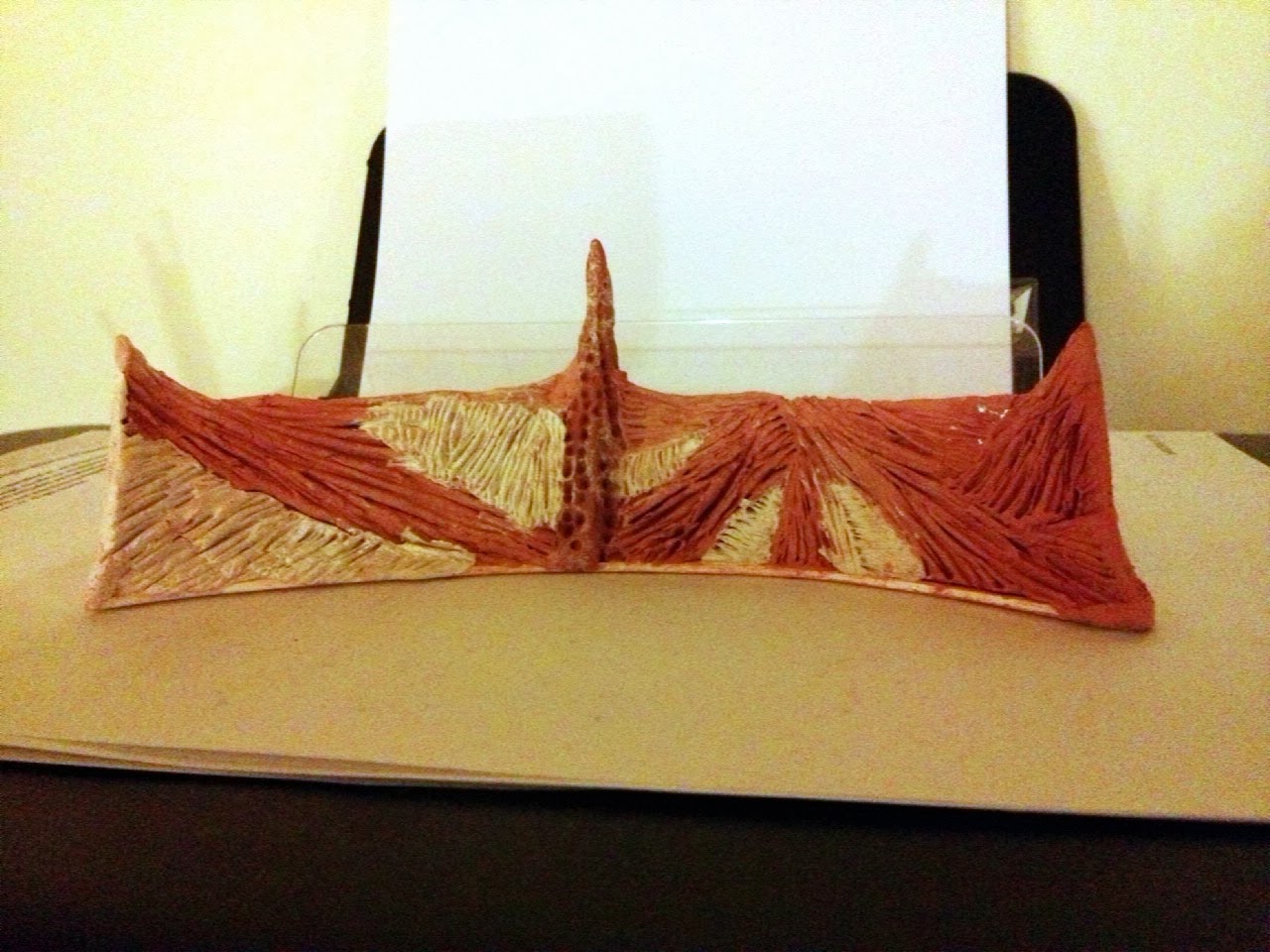 Don't get me wrong, there's some interesting work here but this isn't something I'm relishing doing. I'll be happy at it's completion but that will be the reward, the construction process is just less pleasurable than the finished article. 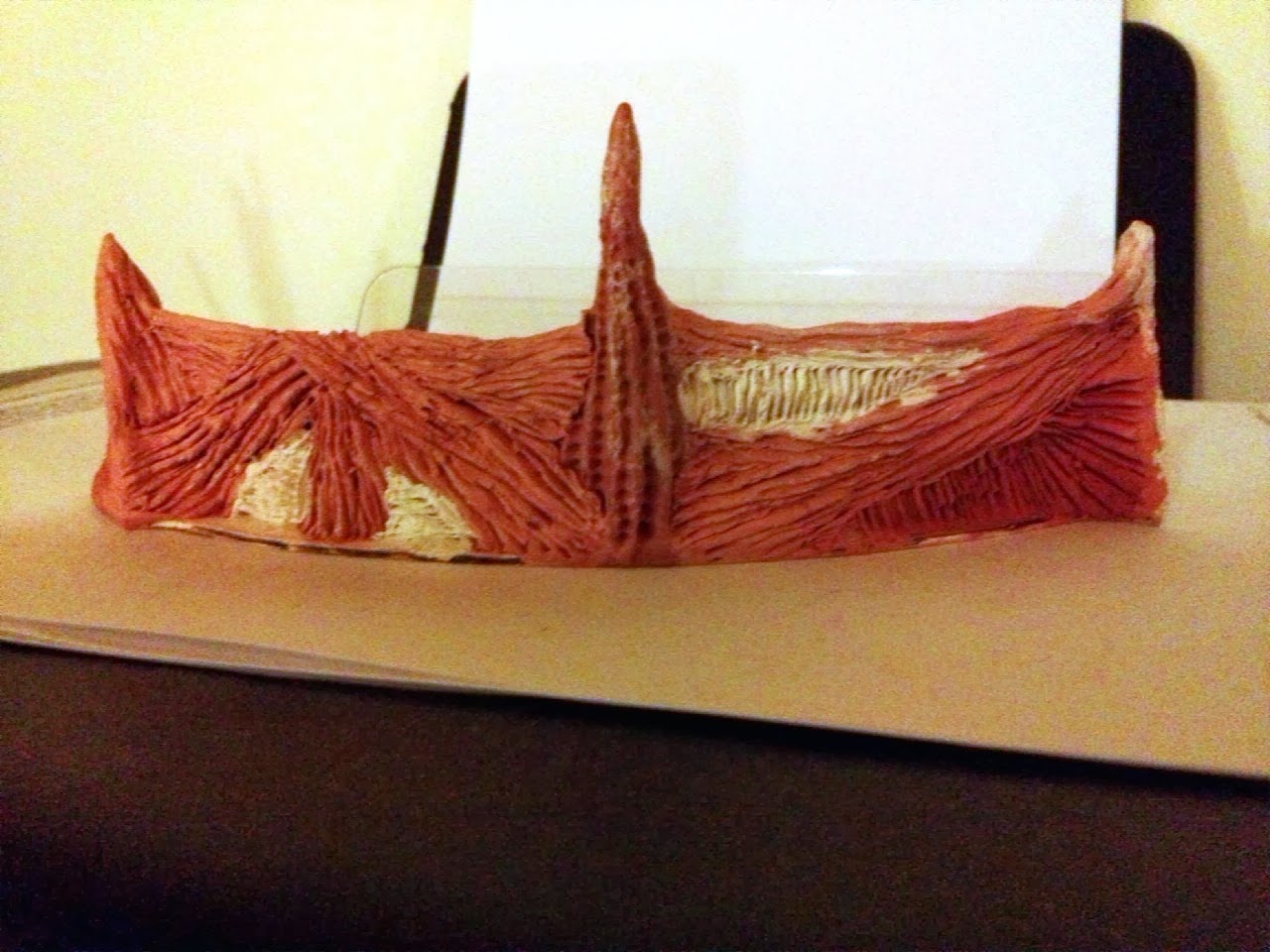 So the race is nearly done, I think I'll make it with time to spare.
Posted by 40kaddict at 12:15