* When I say you won't regret buying my mate Liam's scratchbuilt Warlord Titan, you may do when you're otherwise mild mannered hobby widow see's it turn - up there is no hiding this 3 foot tall behemoth, as evidenced in the pictures from our Apocalypse WOW battle: Prelude | Turn 1 | Turn 2 | Turn 3 | Turns 4, 5 and 6 | 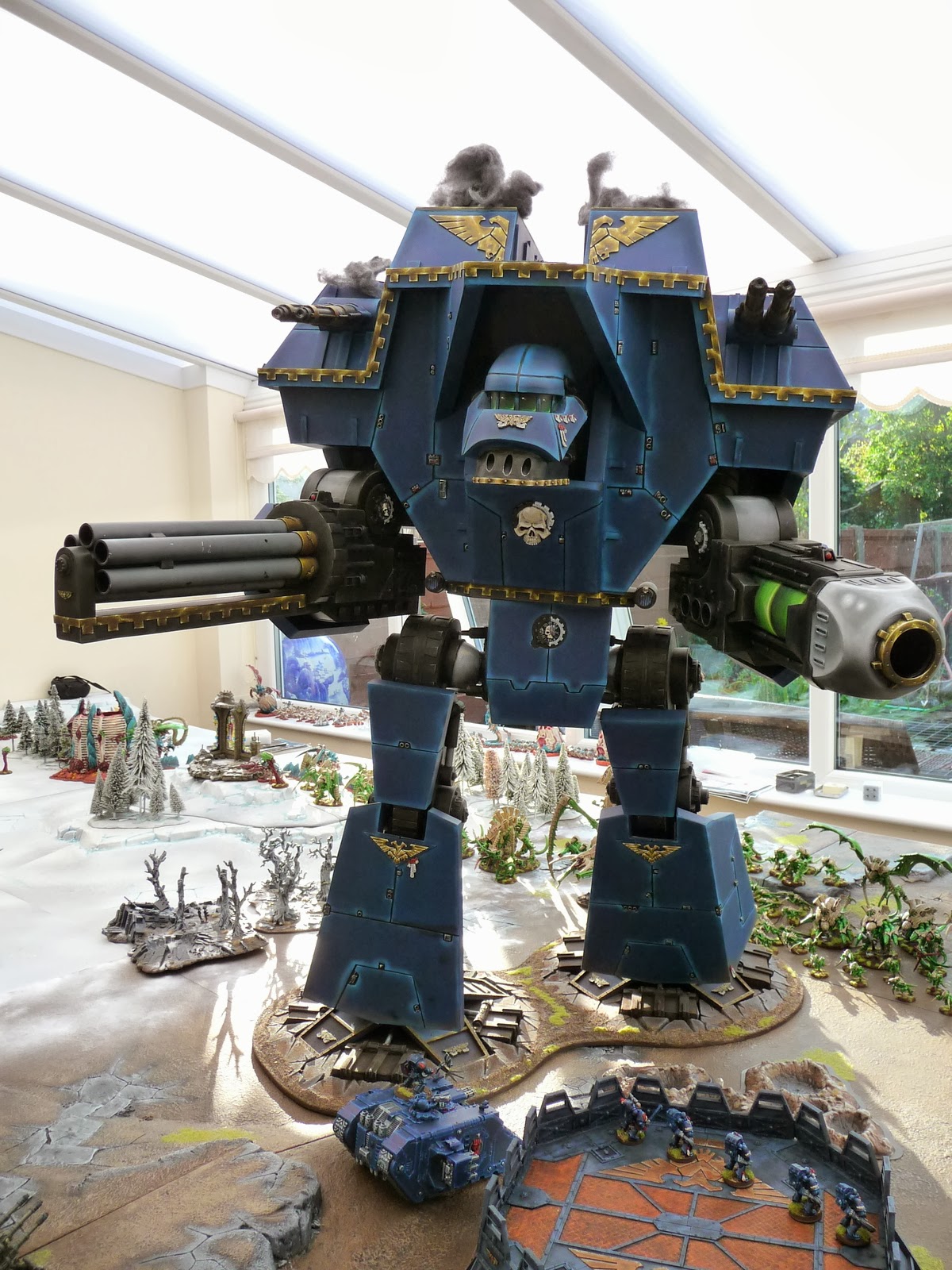 There have been quite a few legendary scratchbuilds of the Warlord Titan but I think this is one of the most Epic I've ever seen. In some respects it's actually bigger than a Warlord should be, scale wise, and approaches Imperator scale! Anyone who's ever wanted one and has the finances needs to check it out right now. Starting price is £300 but that is less than a Warhound Titan including it's arms and considerably less than a Reaver Titan [body only] and this thing is HUGE, check it out next to Liam's son! Not to mention his scratchbuilt Warhound, which is I believe actually a little bit bigger than the Forgeworld version! 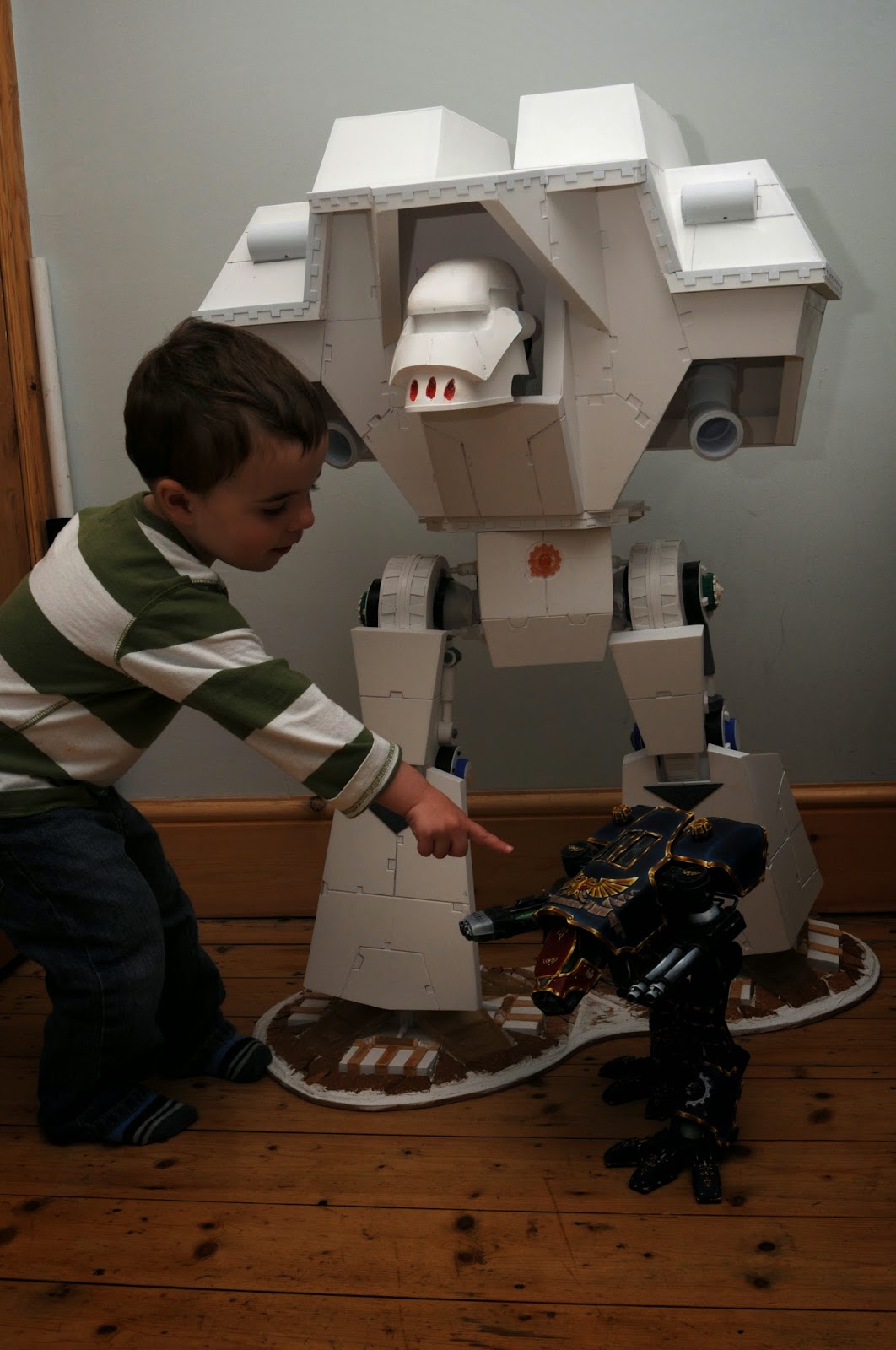 Seriously this is a once in a lifetime opportunity to get an amazing model and with the way GW is going we'll be seeing a 40k scale version of Adeptus Titanicus any week now, rules in White Dwarf ;) If you want to see more pictures and the Work in Progress shots head over to Liam's Blog at Blue Warp Studios for more. Even if you're not interested in the Titan yourself, and have a blog please share it or re-blog it on your own blog or forums that you frequent, there are only 9 days left in the auction. This is an amazing piece, deserves a good home and we want to see Liam get a decent price for all the effort, blood, sweat and tears so please let as many folk know as you can. Whatever he gets will be invested back into the hobby so whatever final price it is rest assured there will be all kinds of crazy cool awesomness coming out of Blue Warp Studios thanks to the lucky winners contribution to Liam's hobby fund. Incidentally I believe he'll be getting rid of his Fortress or Redemption too, so keep your eyes peeled to his ebay listing should the Warlord be too rich for your blood.