As we bask in the afterglow of our wonderful new Codex I thought we should hold a minutes vigil for arguably the greatest casualty to the Tyranid arsenal - the Mycetic Spore. I'm not sure we can accurately know why we no longer have access to this little beauty. I think it's probably a financial one ahead of any other mooted reasons. The cost of making the molds and the potential market given how folk made their own or found alternatives is probably the real reason. There's no point GW investing money in something that won't sell, which makes sense but I can't help feel the true hobbyist is being penalised for their creativity. Well, I would say that given that's what I did with my 'Pong Pong Pot Pourri Pod'. 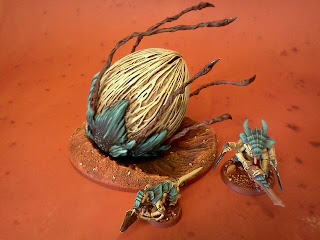 And then again with my two [oft-maligned] Plasma Hatcher conversions. I never quite understood the dislike these created, sure they're not perfect in their standard version but they were pretty much the right size, very nid-like and on occasion extremely cheap [until folk realised they could sell for lots to those that wanted to make Spore Pods]. Luckily my conversion continues to make them viable as an alien Vengeance Weapon Battery, which I may well have some fun with in the future. 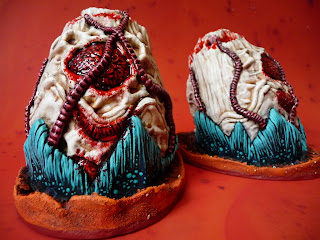 But I'm not the only one to suffer, Otty had this beast of a Spore Pod. I'm not sure if it'll work as another form of Fortification. It's Bastion sized but extremely difficult to use as something with Battlements 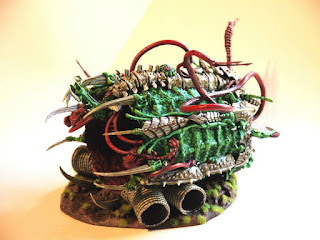 And what makes it worse is he'd just finished another pod of more sensible proportions before the 'extinction event' happened. He'd built this out of a toy heart or other internal organ. He may be able to get a Weapon Battery out of it but it's still a disappointment no doubt. There'll be more pictures at the end of this post. 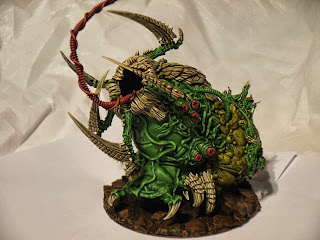 Of course the major impact is the loss of our ability to get nids all over the battlefield. Situations like this 2nd turn 'beta-strike' will never happen now. The funny thing is given the FAQ that gave us a 6" disembarkation showed renewed love for the Pod it feels like a double kick in the plums that it was removed completely. Obviously that made the Doom even more effective. Deviations meant very little when you could still get out and move to leech as many units as possible. Even though I was a little weary of my nids at the end of the old Codex it was the ability to switch things around, deep striking or foot slogging it was the extra Spore Pods that gave me the versatility to keep playing them interesting. It also allowed me to be competitive in different ways, learning how to get that 'beta-strike' in place but even then you were reliant on the dice, it certainly wasn't over-powered. 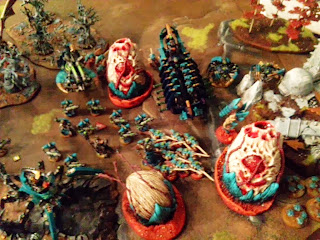 Here we have probably the last great thing my Spore Pods did, Smashing a Triarch Stalker to pieces in assault! 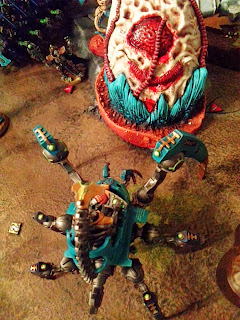 Getting the Doom exactly where it needed to be, the number 1 reason to take a Mycetic Spore. Even if he died he was usually a turn of people shooting at it instead of the rest of the gribblies. 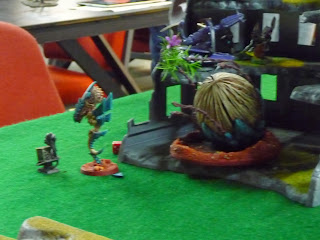 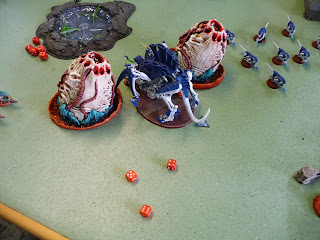 And I had some fun with the rumours before the Codex hit.

And then the actual reality of what the rumours turned out to be.

But we can still not forget then iniquity whereby Tyranid Primes were not allowed in a pod with their Warrior brethren unlike practically every other Independent Character specifically being able to join a unit in their transports. Presumably this was more to do with Primes joining Carnifex in a Pod to make them more durable but that was an easy fix but they went for the hard one instead.

Anyway, here are more pics of Otty's insane last hurrah for the Spore Pod. See if you can identify all the bits ;) Let us hope one day they return to the Tyranid arsenal. I don't hold out much hope for these Data Slates, they promise much but deliver so little but they still feature Spore Pods in the artwork so maybe one day... we can but hope. 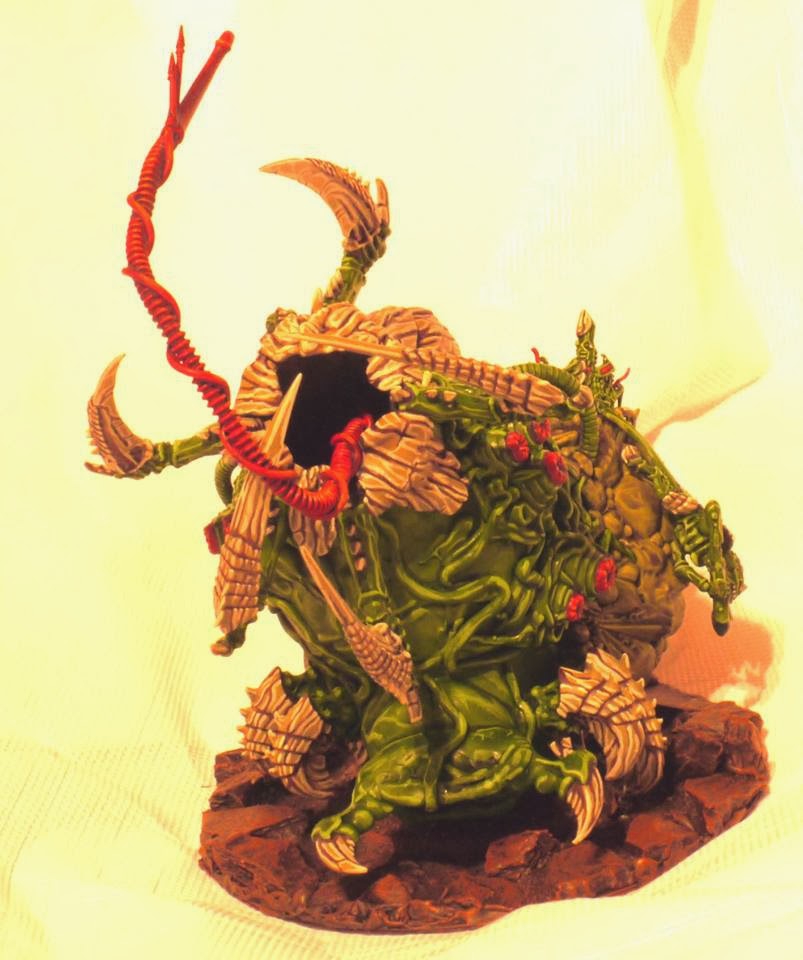 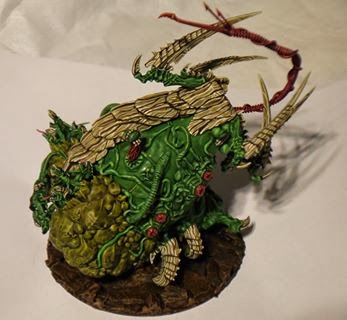 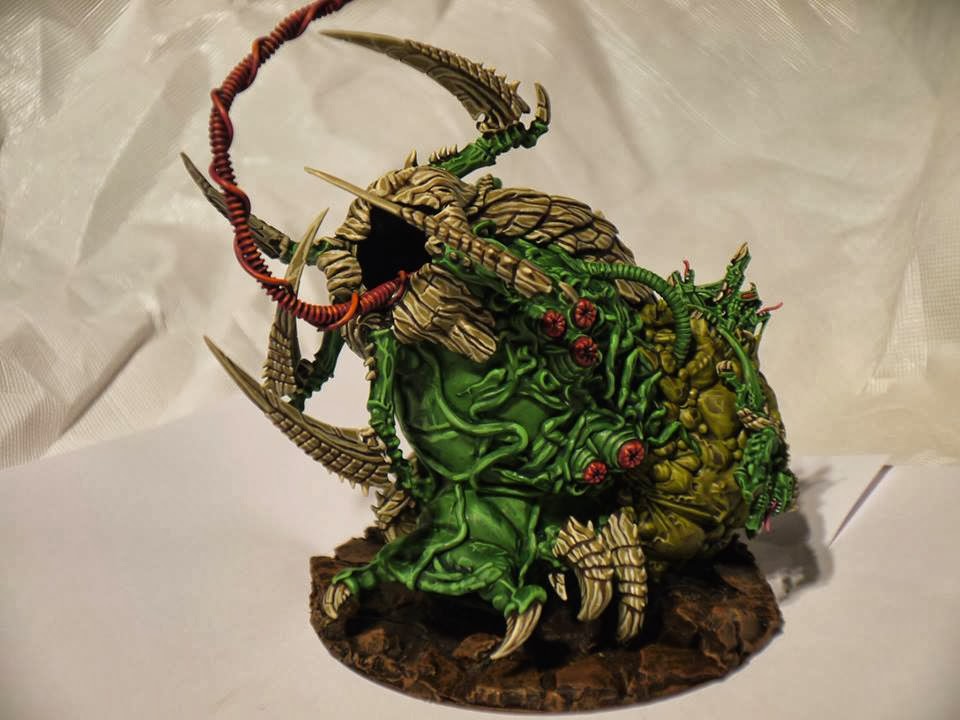 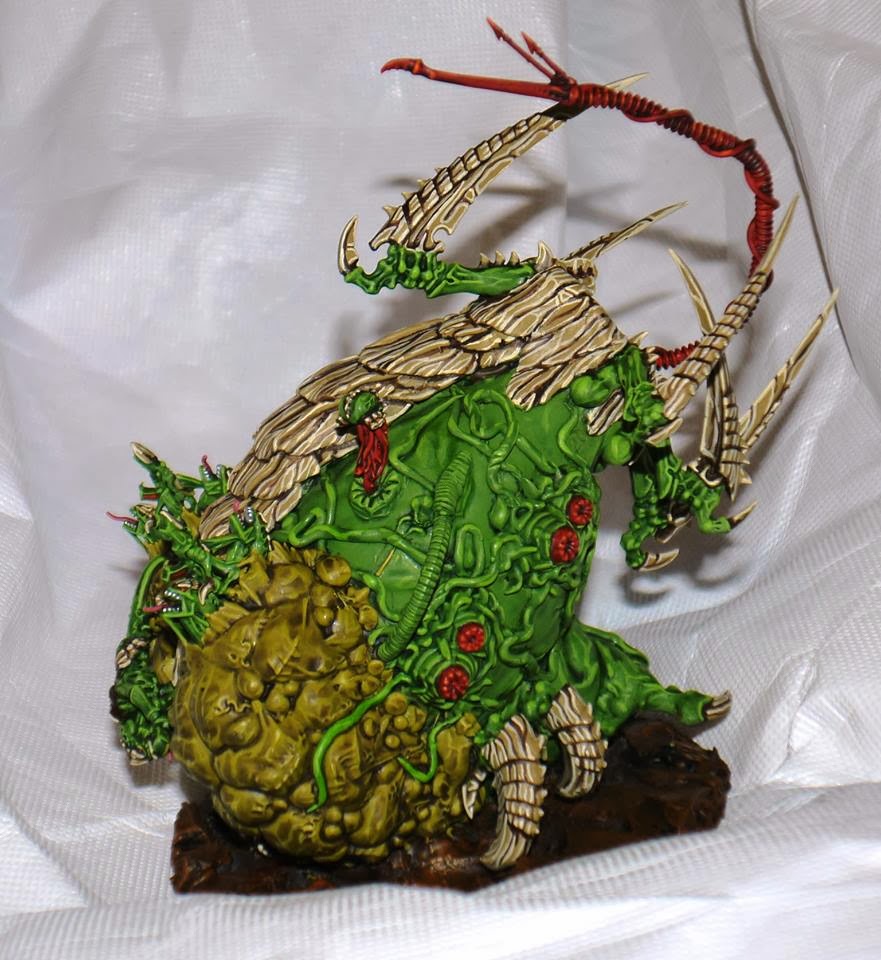 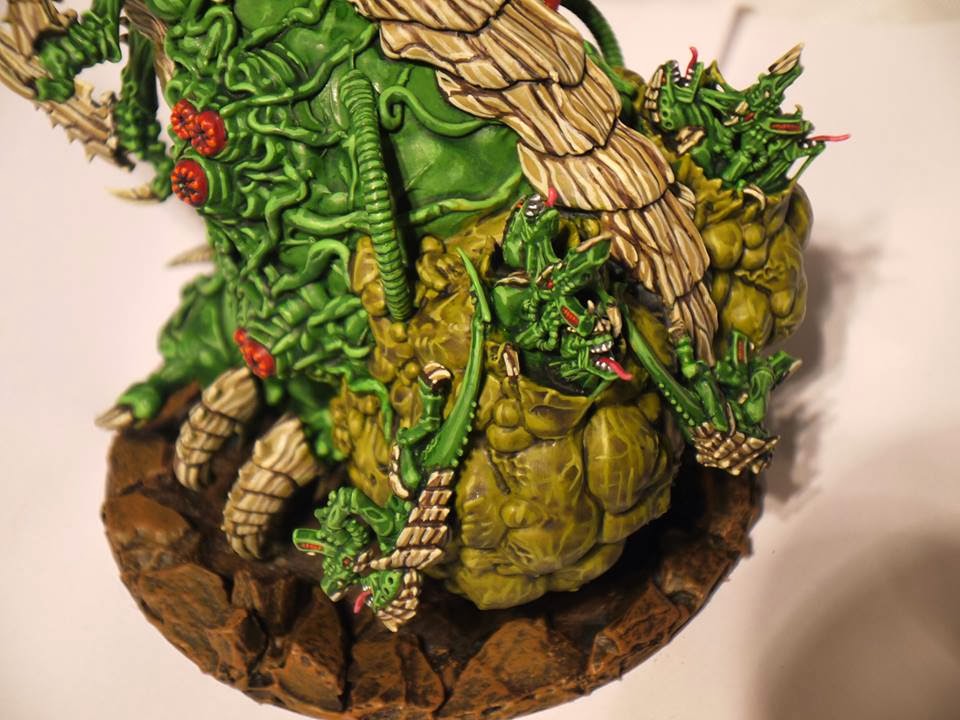