The Scourge of Oktavia is a Xenos abomination that has only recently begun to terrorize the good citizens of Ferron Proxima. The Scourge is a bioform of the Hive Tyrant [Tyranicus Praefactor] genus but it has evolved with the ability of flight due to its leathery wings. 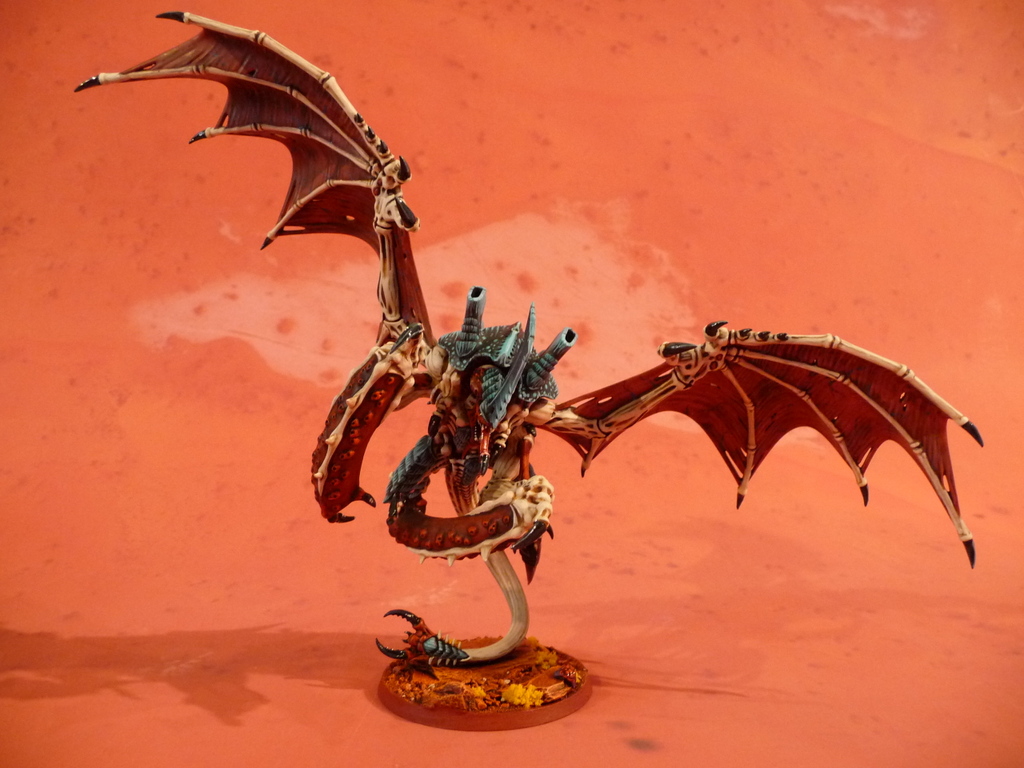 Alongside the winged biomorph it has also adapted two oversized Devourer weapons. These horrific mutations allow the beast to lay down heavy fire that can decimate small vehicles as well as the brave people of Ferron Proxima. 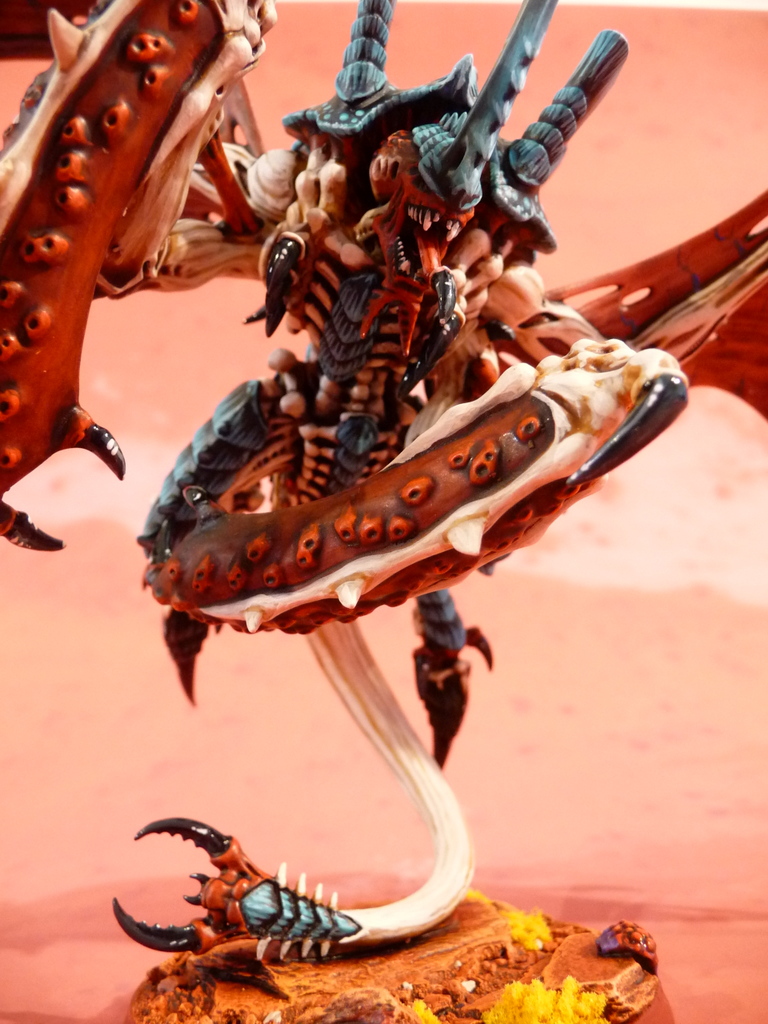 The Scourge has taken to roosting in the abandoned Edvard Henri Memorial Cathedral Tower in the coastal hive city of Oktavia Profundis. Despite sharp shooters from the local militia and planetary defence force they have been unable to remove it from it's nesting area and the Winged Tyrant continues to plague the populace killing with abandon. This has led to widespread evacuation of the city, which has had a detrimental impact on the production capacity of the ports. Indeed this reduction has even been noted by the missed quotas to Imperial Tithe 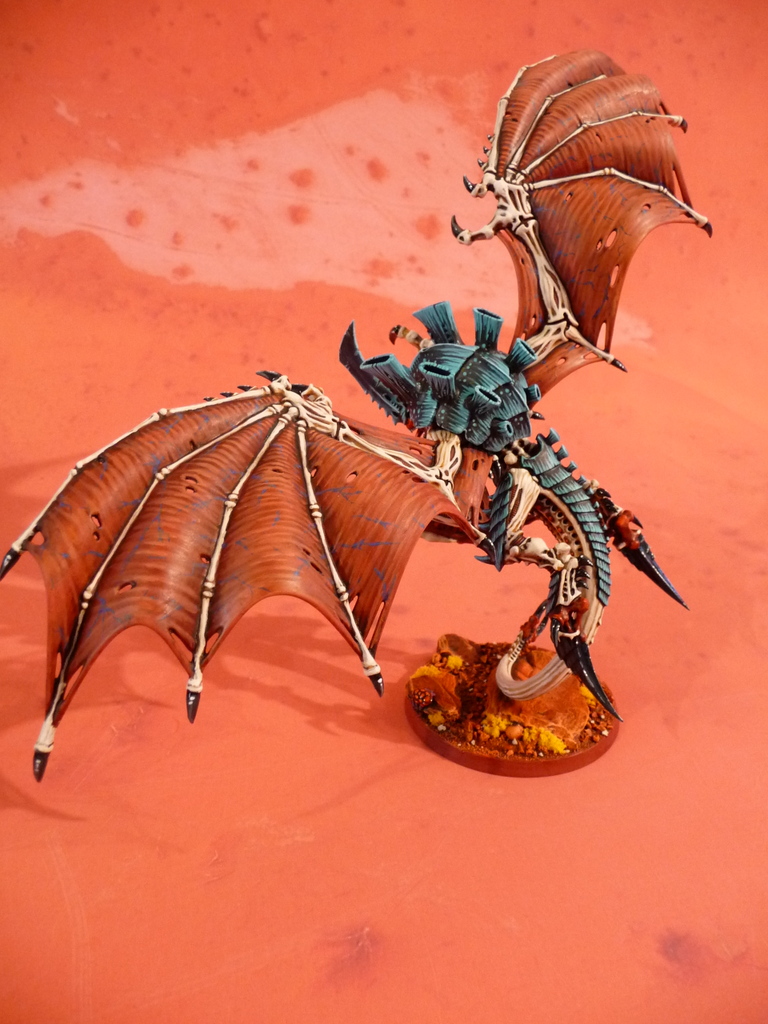 Because of this a call for support has been despatched. Ferron Proxima is a recruitment world for the Dark Angels and their Successor chapters and it is to the First Legion that the people of Ferron Proxima look for salvation. The Tyrant may have the skies for the moment but in time it will have to face the might of the Adeptus Astartes as they return to ruthlessly defend one of their 'homeworlds'. 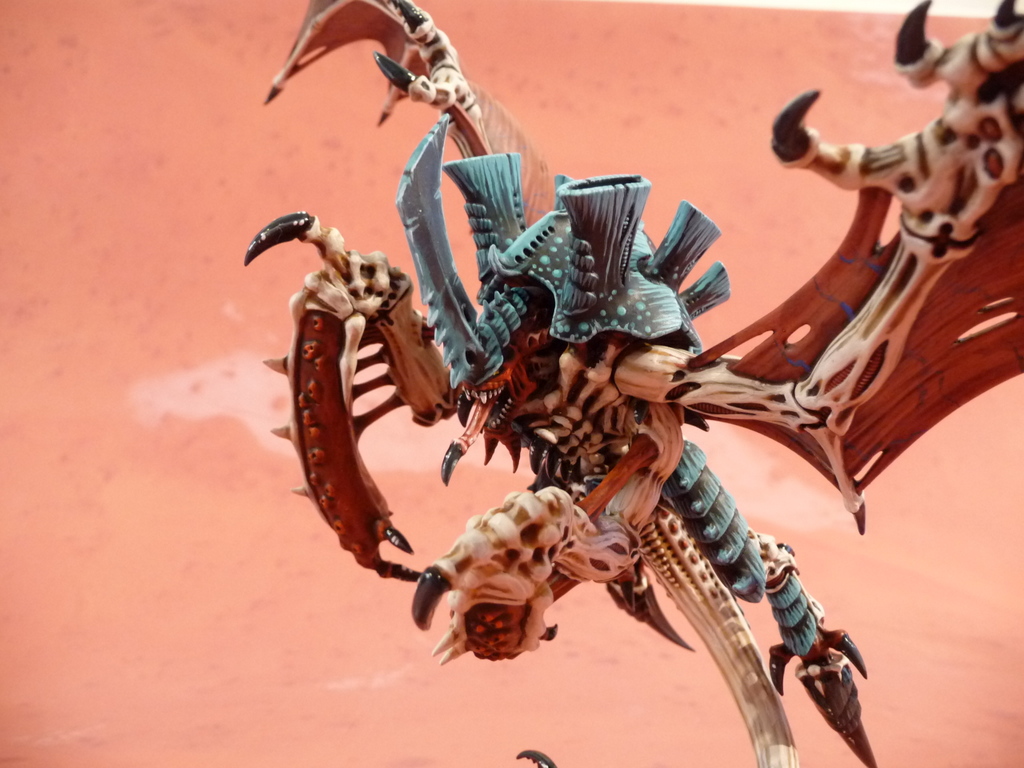 Whilst we await their arrival further reports suggest the Scourge may not be the only winged behemoth haunting the sulphorous skies of Ferron Proxima. Time will tell if this abomination has an as yet unidentified twin, the situation is already dire, the Emperor only knows what the result would be should the two beasts join forces...
Posted by 40kaddict at 12:17