The Tyranid Skyshield Landing Pad is pretty much done. Aside from the walls its complete in all it's gory glory. 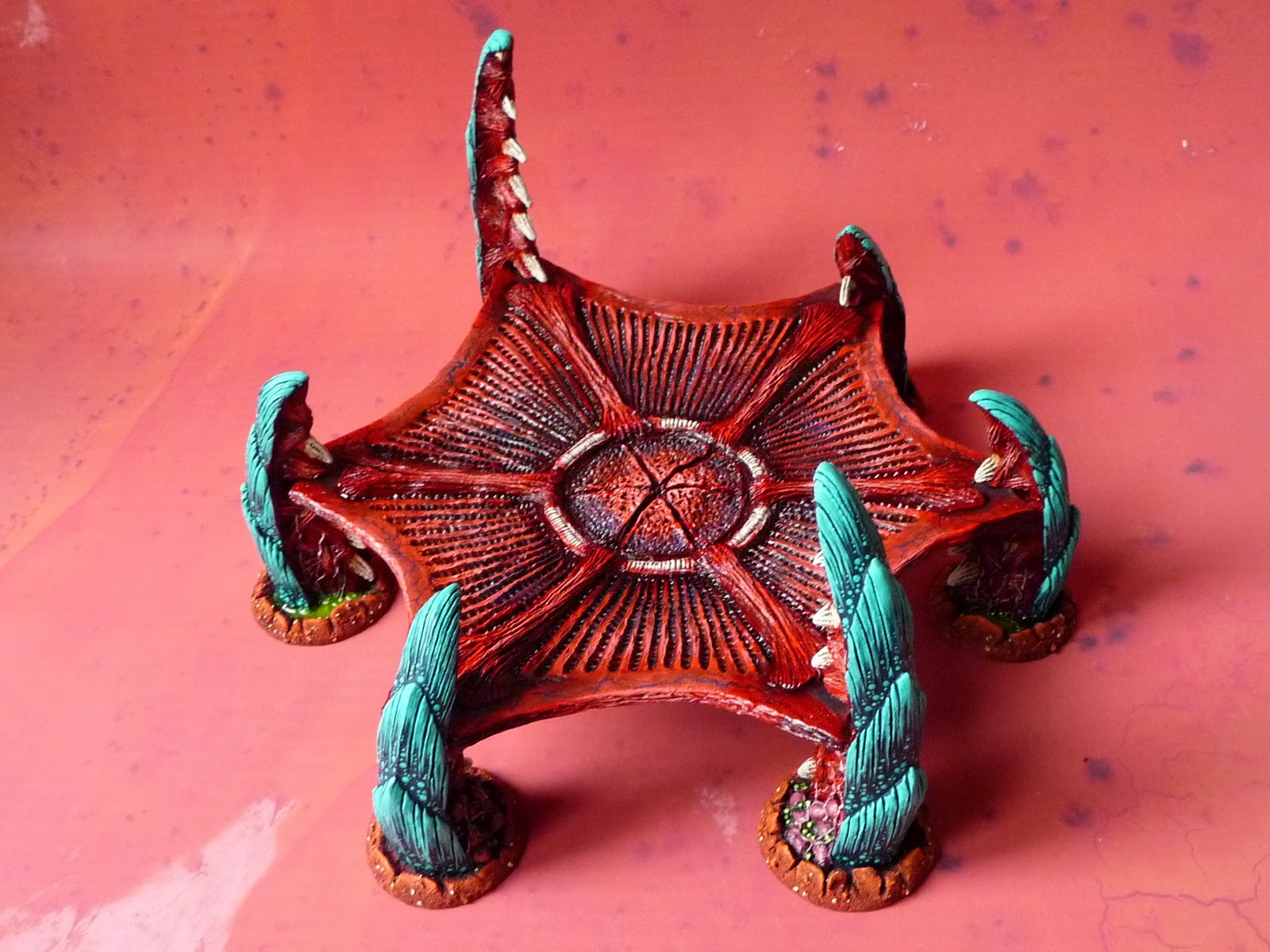 It's very much what I originally planned, there are some compromises but I think it's all ended up fairly well. I know there are some alternatives I could have pursued - using clear perspex for the pad and adding the Capillary support strands as Milliput on top and underneath so it was transparent. It certainly wouldn't have warped, but in truth that's something I could still do, or anyone wishing to follow in my footsteps. 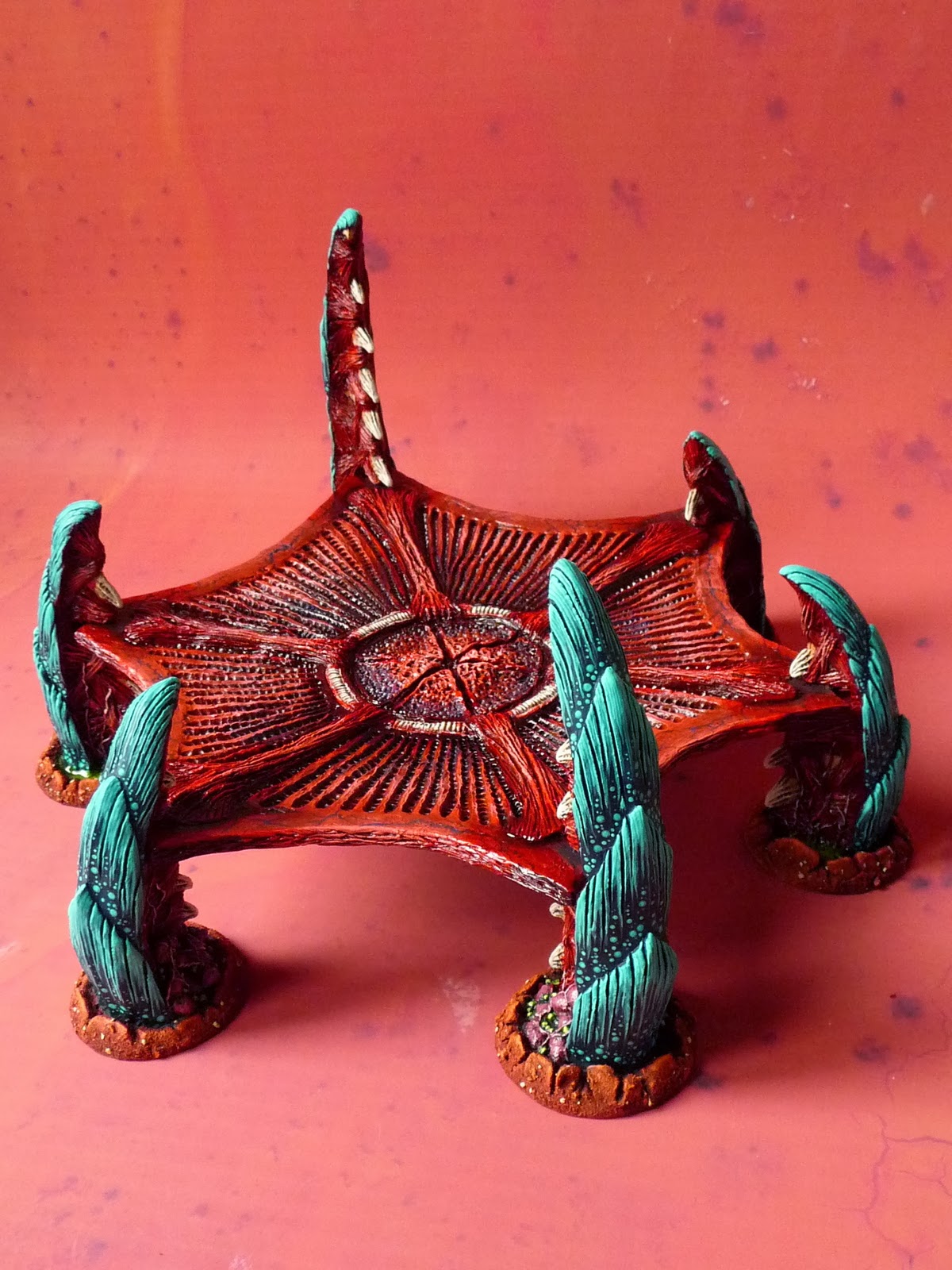 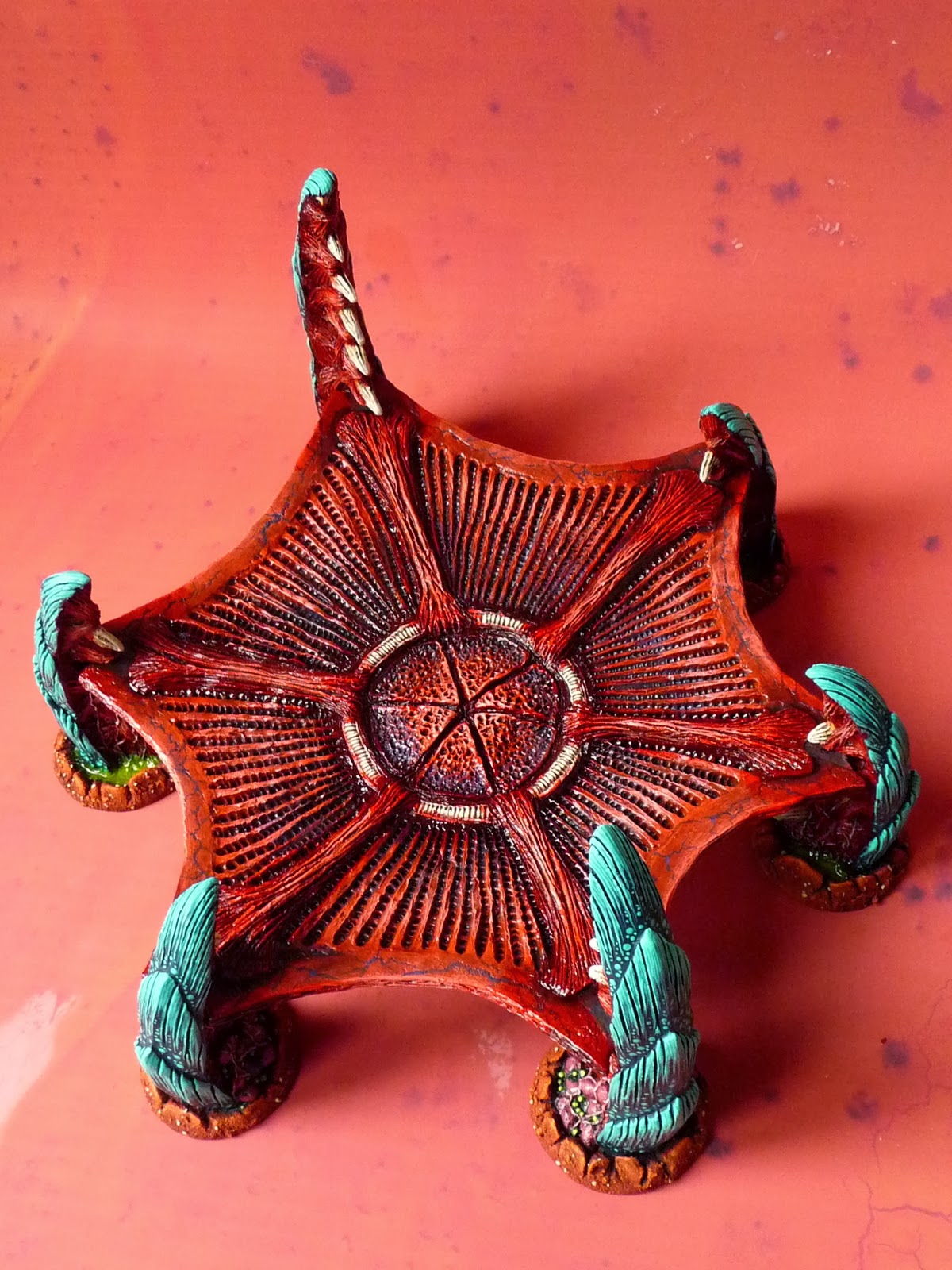 I was a little worried when it came to glossing and adding the blood effect. My combination matt varnish made up of Army Painter Anti-shine and DoCraft Matt Varnish had created a complete flat matt finish which was wonderful to behold. I was using the Gloss Varnish from my Best Painted win at the Scythe and Teacup to coat it afterwards, a bit of an unknown paint from Miniature Paints. Luckily none of the bits where it pooled ended up opaque, I tried very hard to dab away any excess. 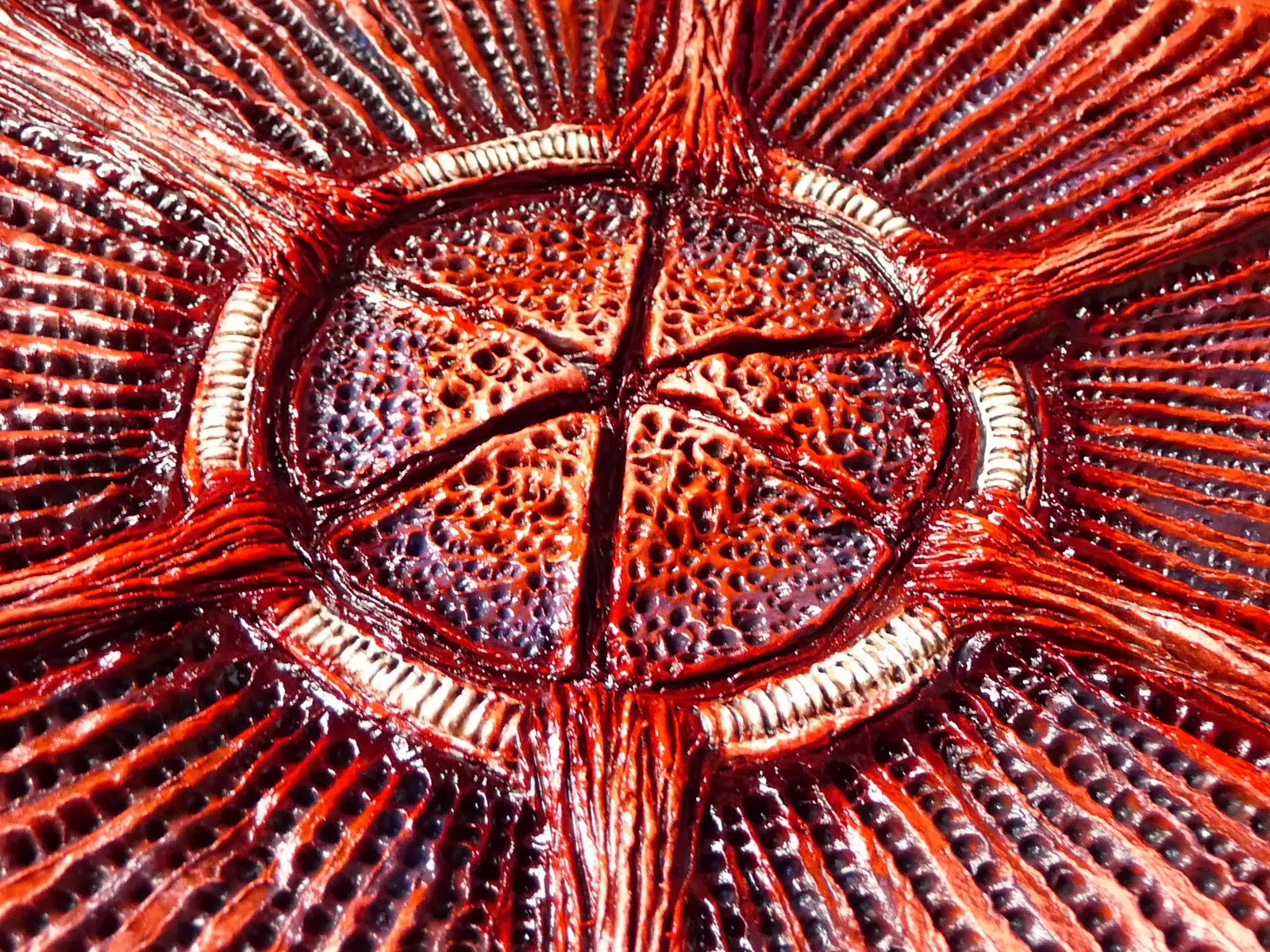 I actually got through pretty much my entire bottle of Tamiya Clear Red X-27. I was upset recently to learn ModelZone, the local model shop in Manchester where I got it from, has since gone bust so I'll have to source it online. 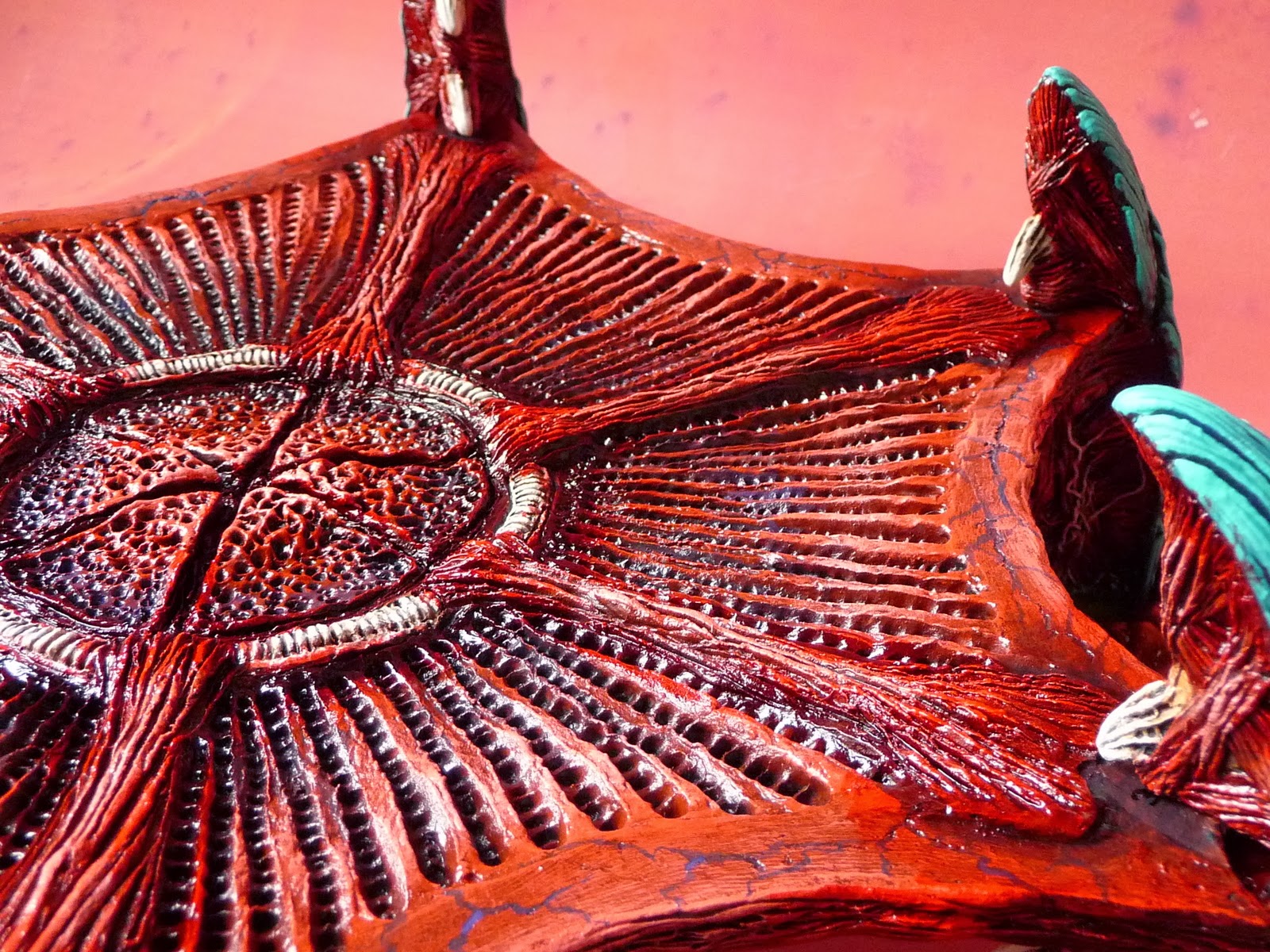 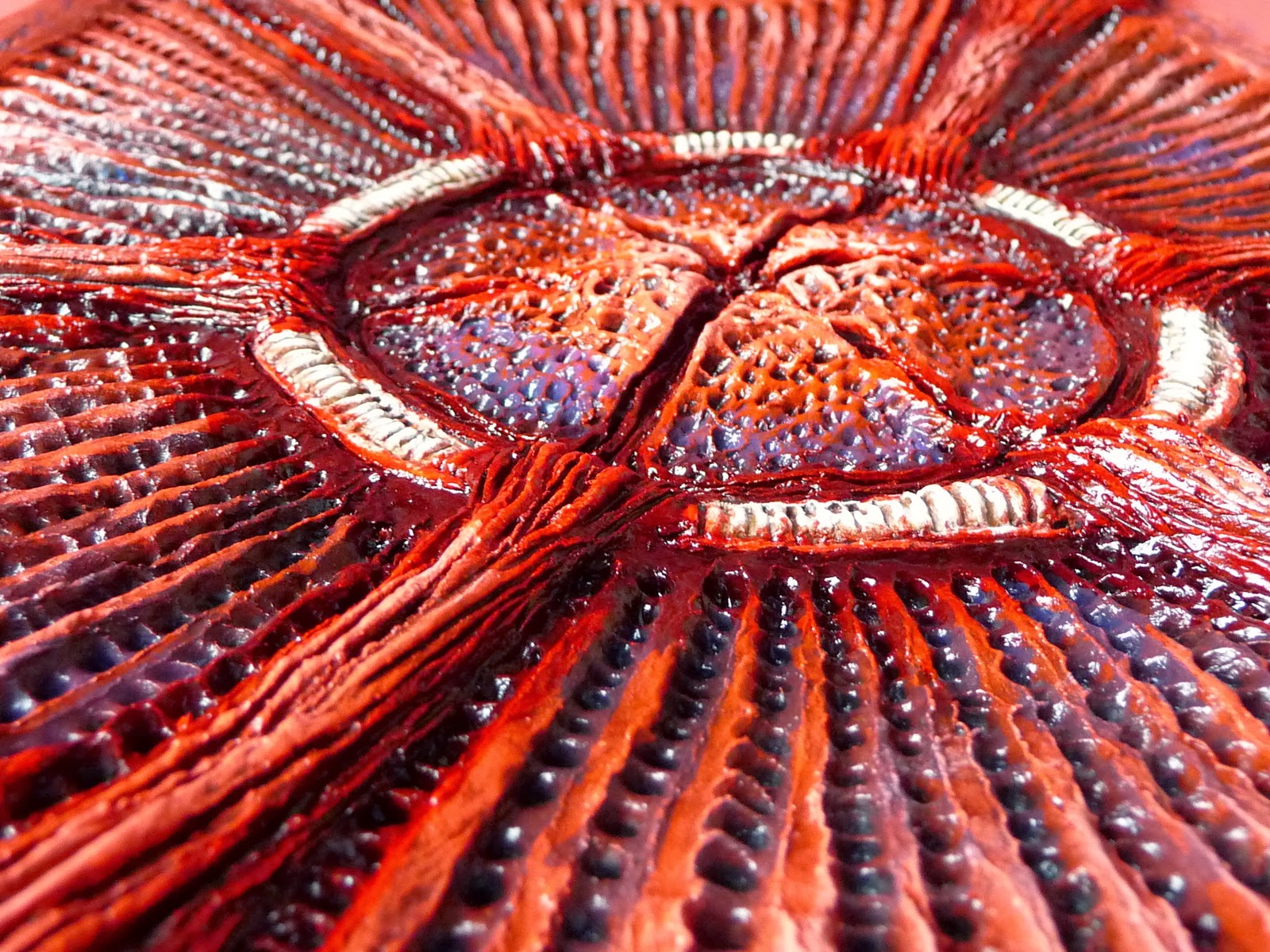 I tried to apply it deliberately so I didn't remove all the hard work in putting highlights on the model. I've no idea if that edge works as a bunch of muscular fibre strands, it's really just an inconsequential texture, I thought about adding a Bonewhite edge similar to the Sphincter ring but I think it works better as flesh. 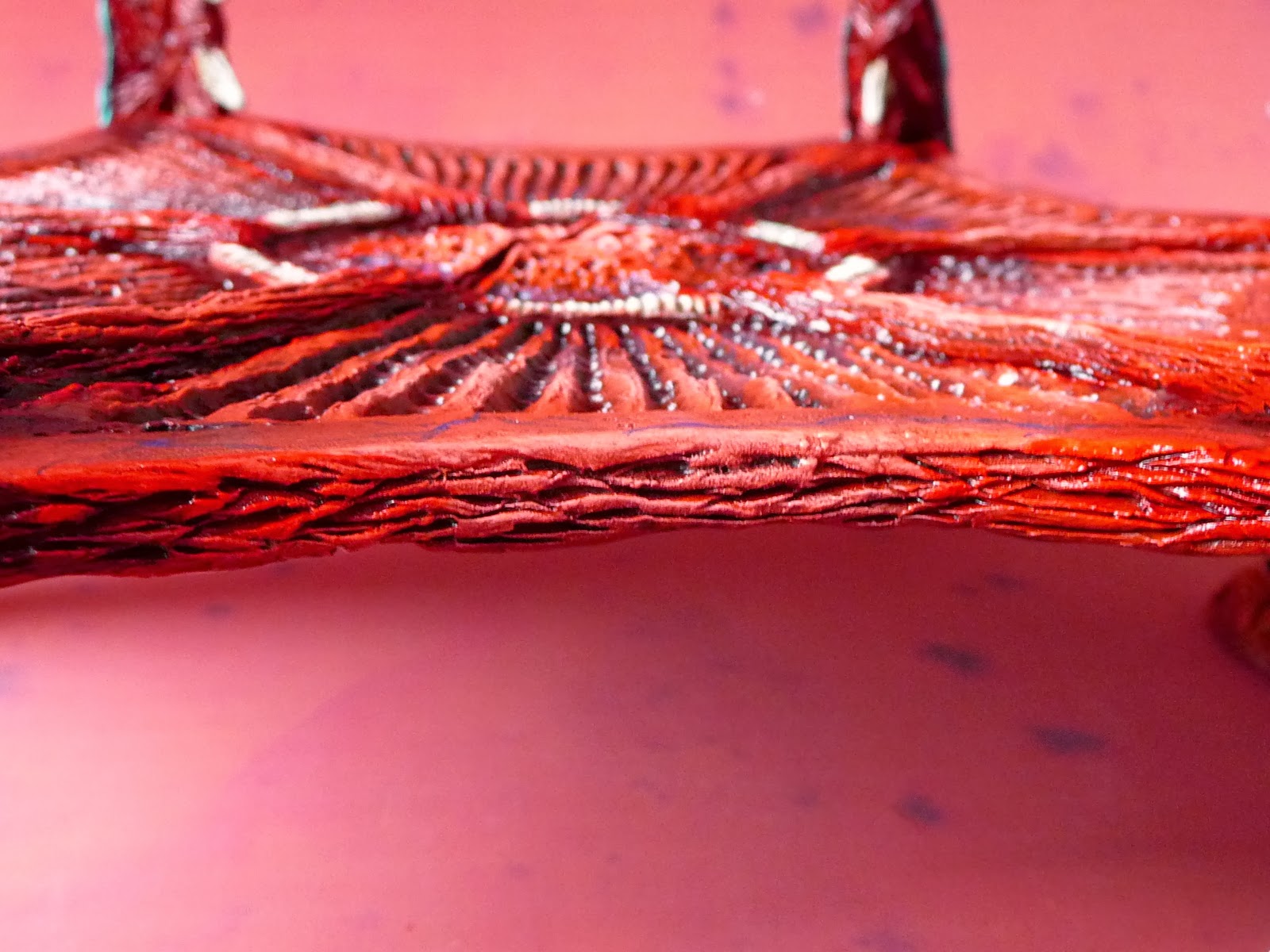 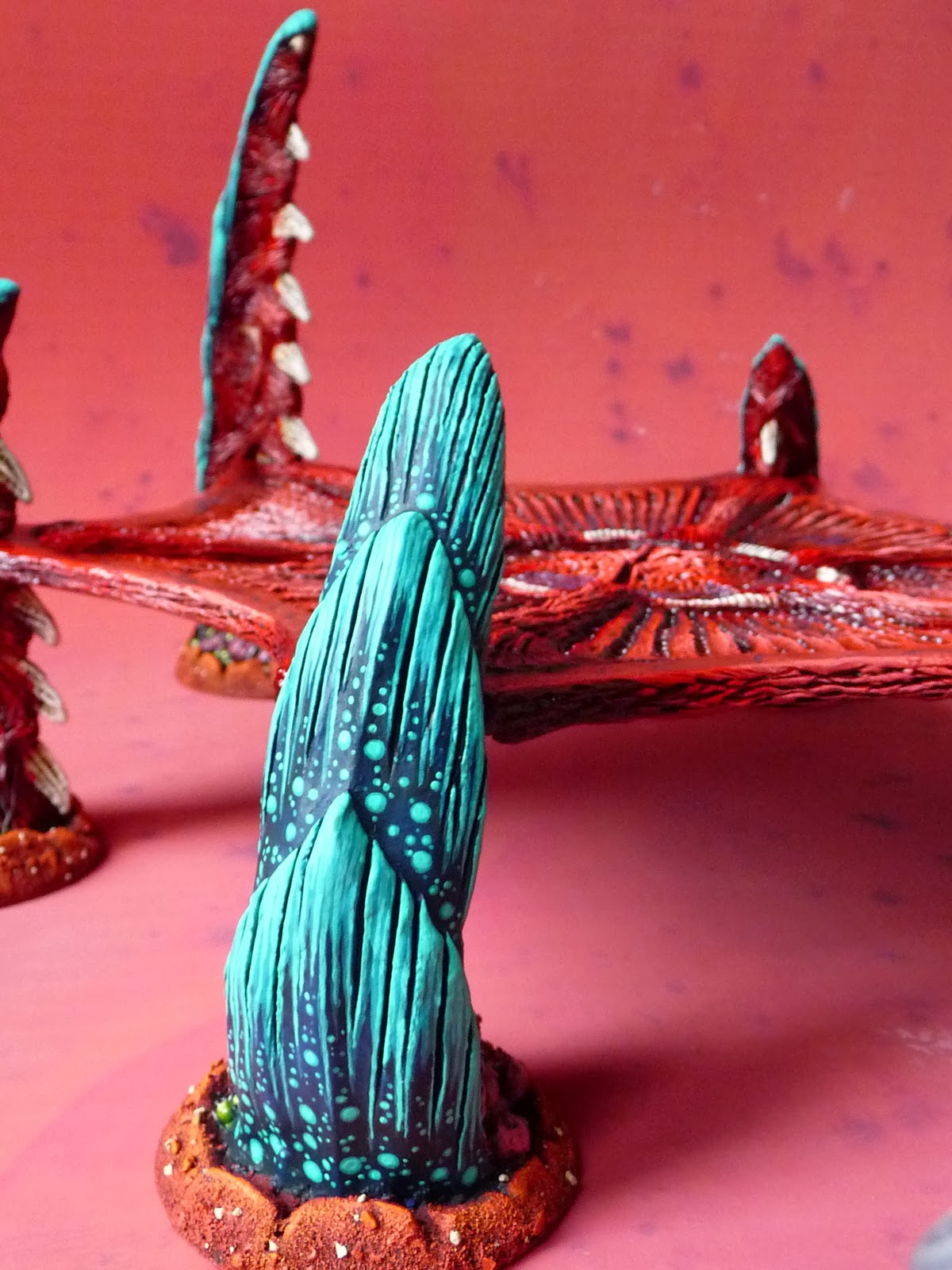 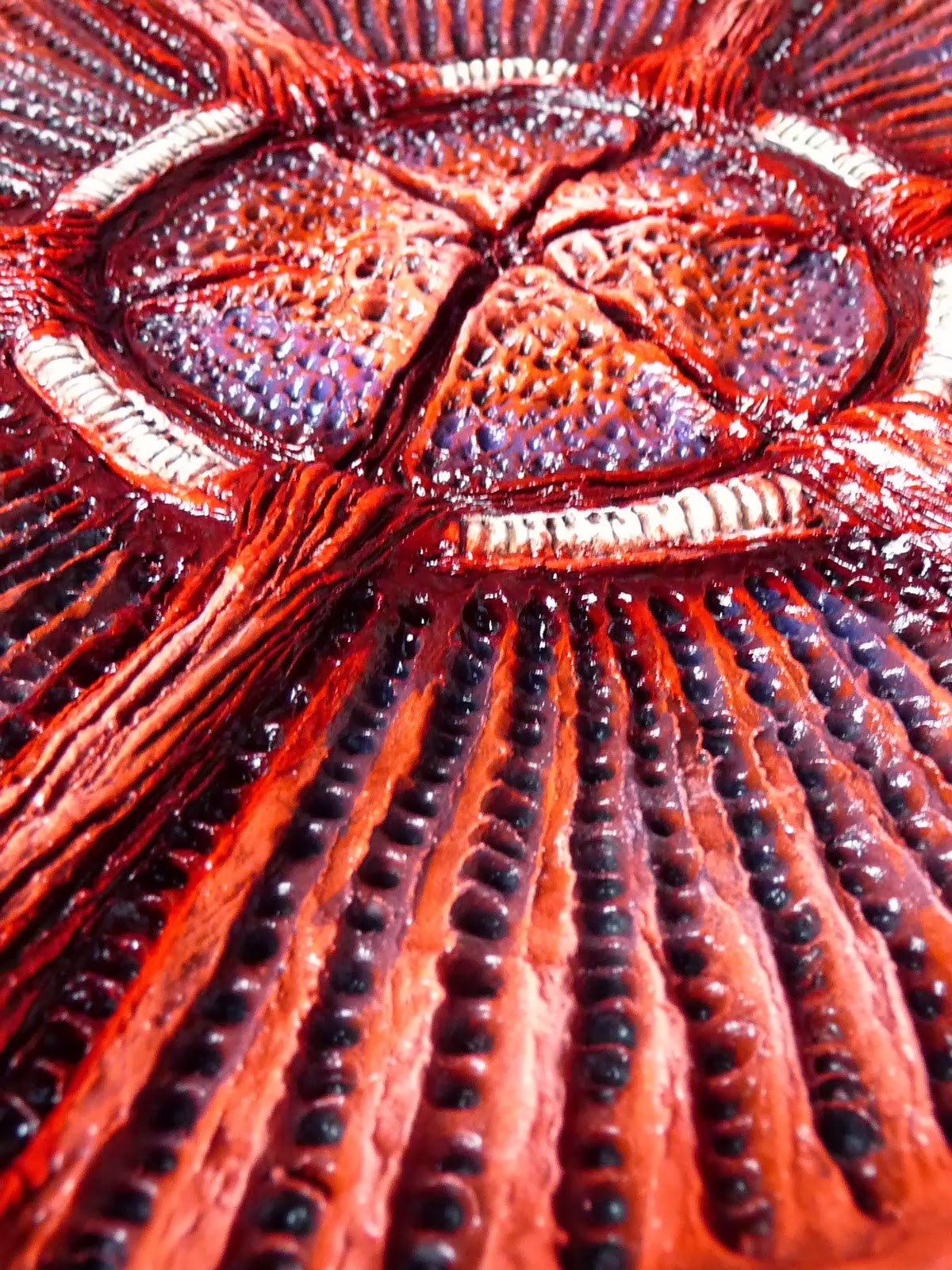 When you look back at the process of making this you'll see I was very particular about ensuring the correct tower went on the correct slot. Suffice to say when I started painting I thought I was being careful to preserve that. However, I'd somehow numbered the anchor points anti-clockwise instead of clockwise. So, when I first came to add the towers I had to force them on, scuffing the paintwork on the edges and with quite large gaps on the join. When I realised my mistake the towers went on so much better, as they'd been designed to do. 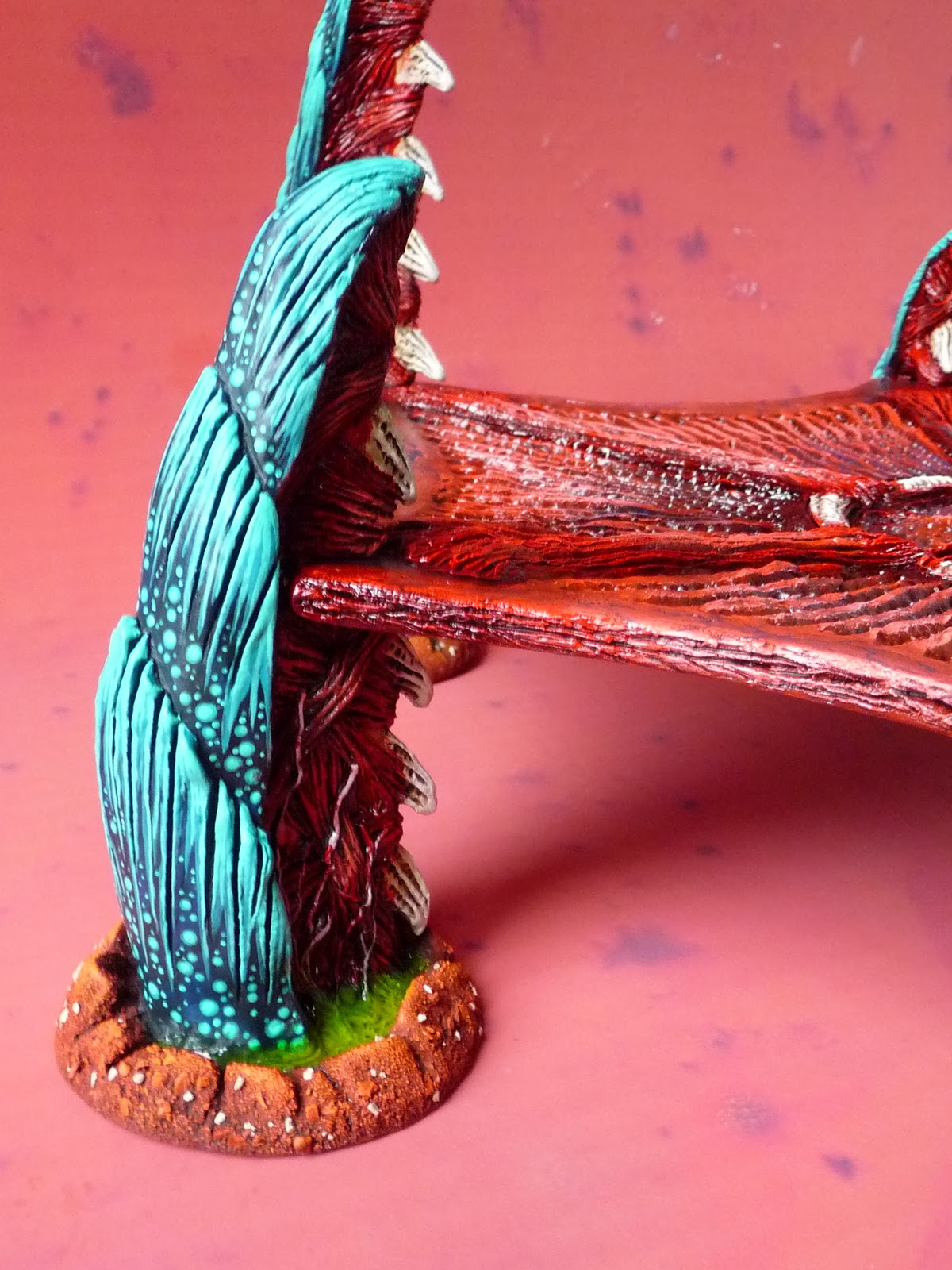 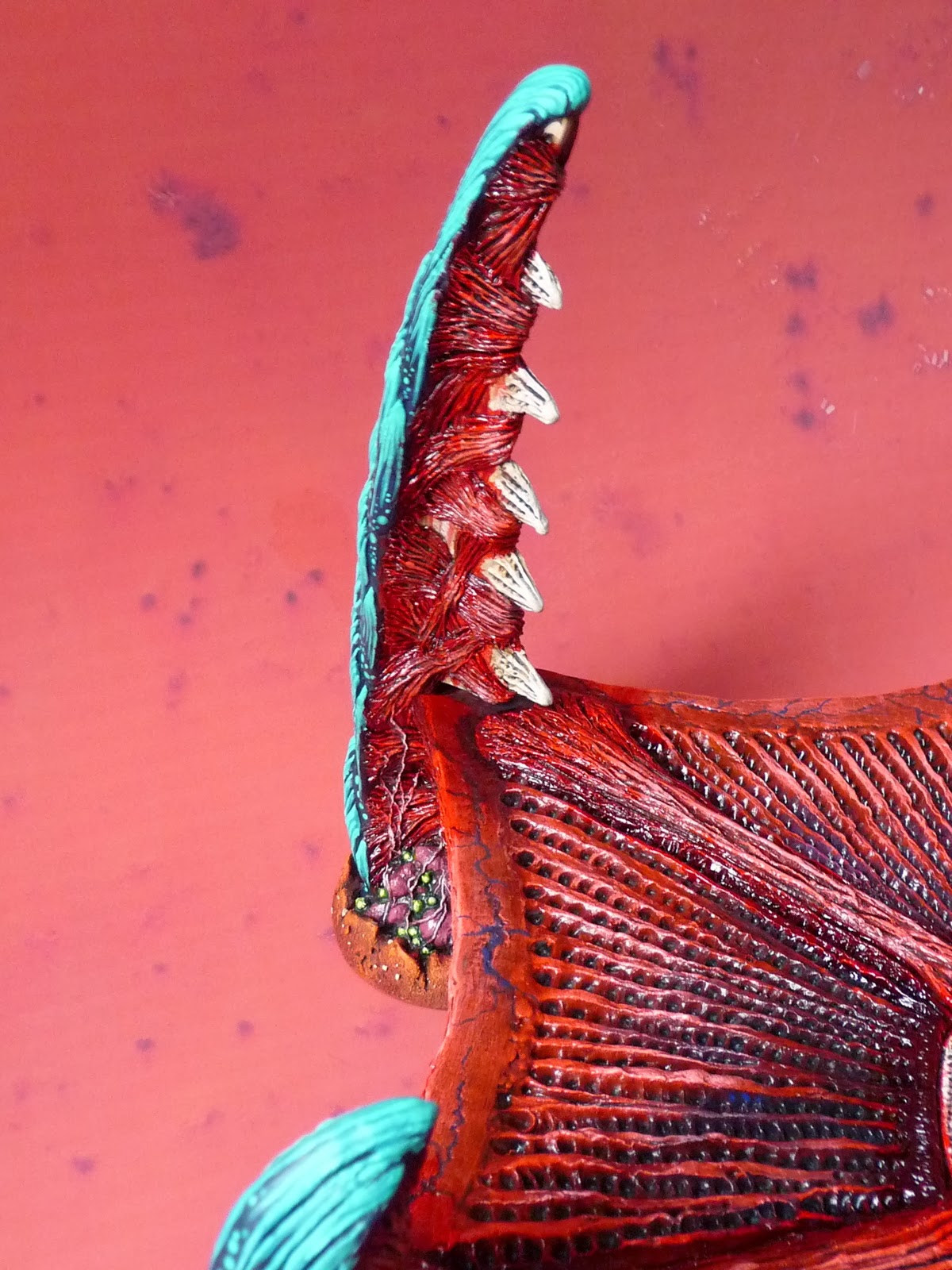 Still, some of the joins are a bit wide. Obviously something went a little haywire here, it's not too bad and when the walls go on their tolerances are much tighter and will most probably hide any of these gaps altogether. 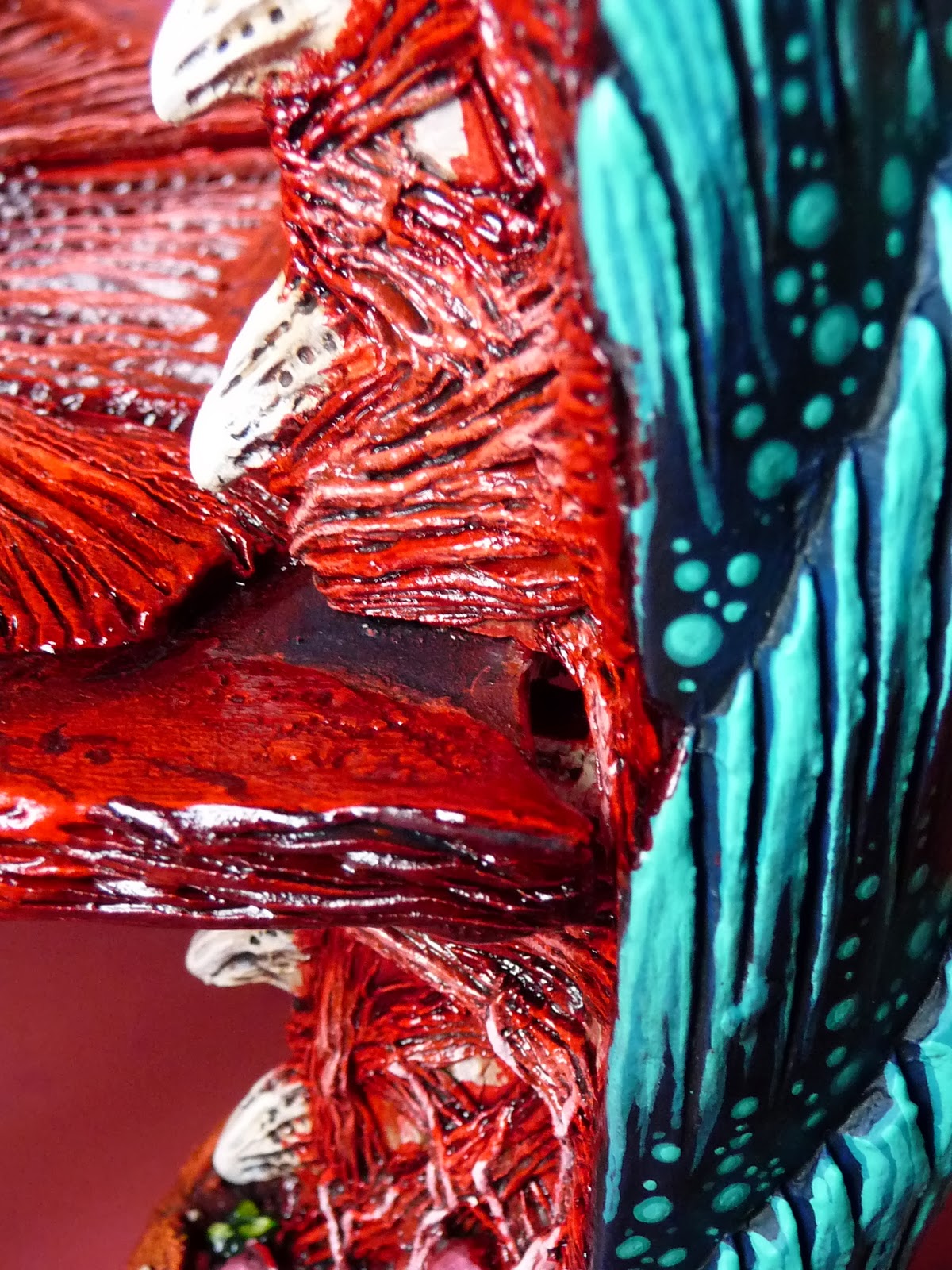 The same gap, nevermind. It's the bigger gaps between the fibre bundle support strands and the towers that are more annoying, so much for being careful. 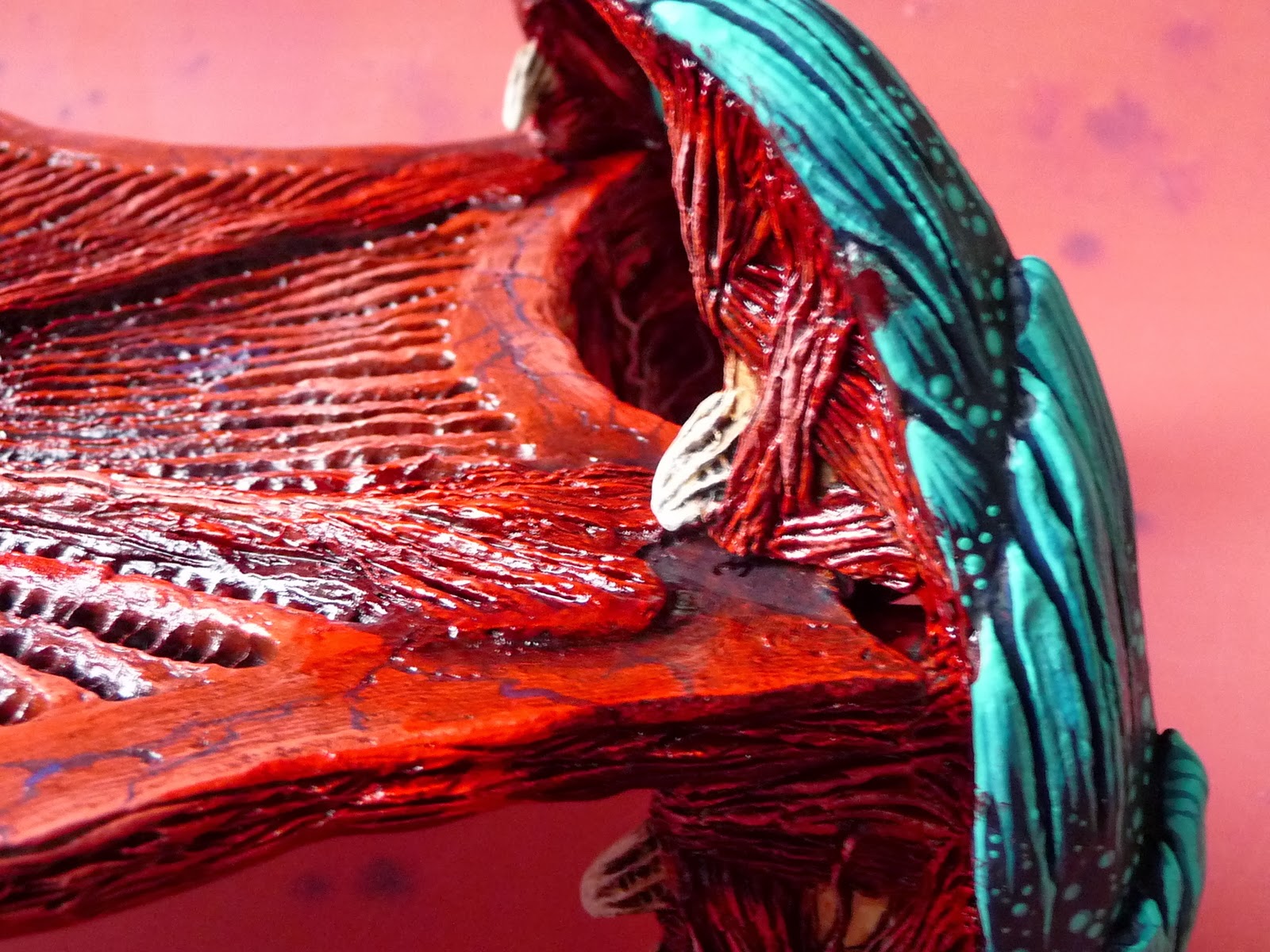 Although this join is so much better. There's still a bit of a gap to the support strand. I'd hoped to sculpt these so the tower butted up perfectly to the strand but these were always guestimates as the added Milliput, clay and warping would change the shape greatly. 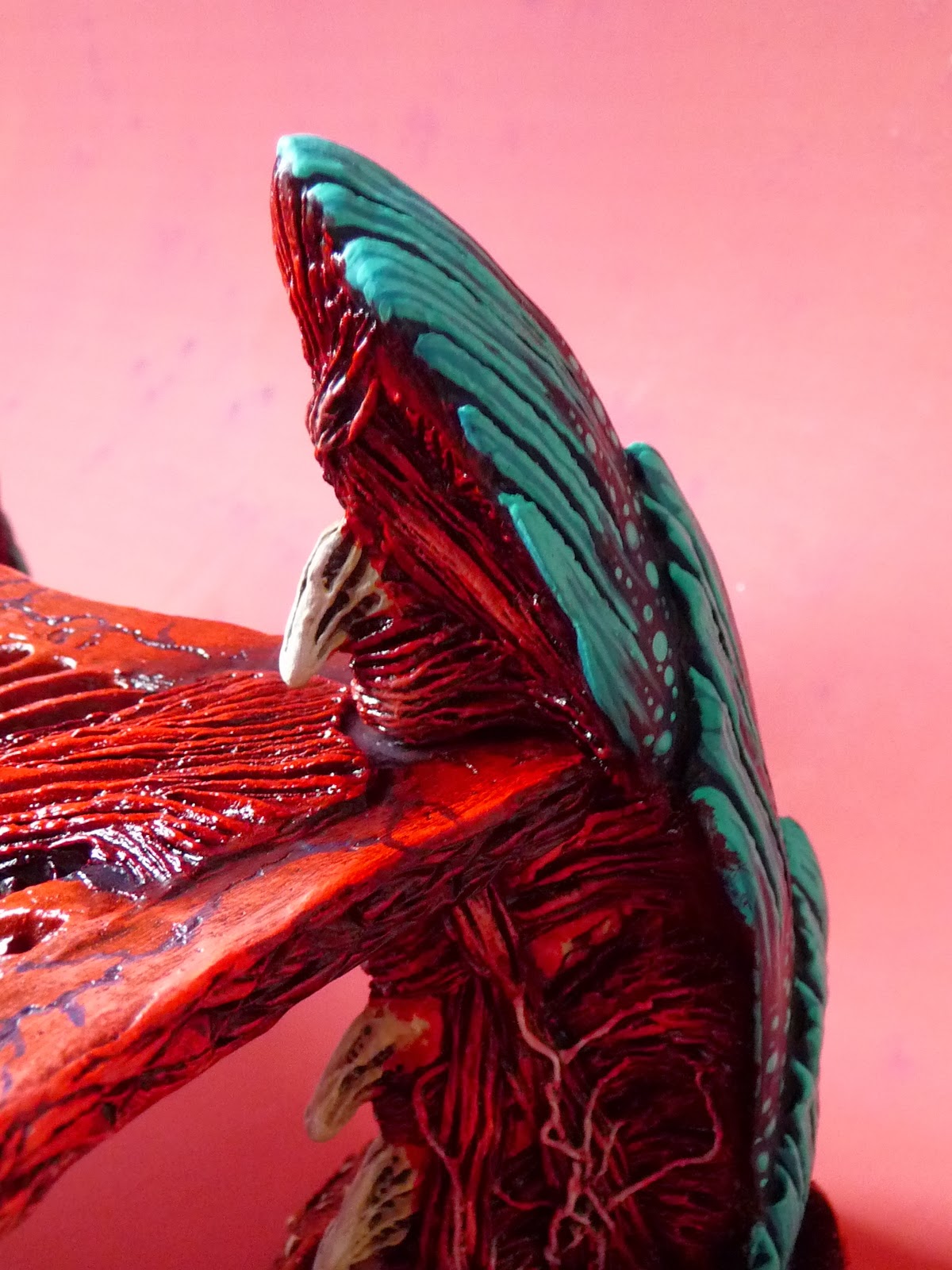 Here's my big blue tick, for getting it done! Come back tomorrow for some bonus pictures of it with troops onboard ;)