I'm struggling a little bit to juggle the projects I have with how to blog them, mainly because I'm trying to multi-task. I appreciate as a man that's impossible but we should all have aspirational goals, wot! So this is the small but significant progress on the walls to the Skyshield. Significant in that the construction of the core was a mental [as well as physical] stumbling block preventing progress. For some reason building this was a massive mental milestone to get past so I could continue the project. So I managed with a concerted evenings effort, then would go on to add the clear plastic walls. 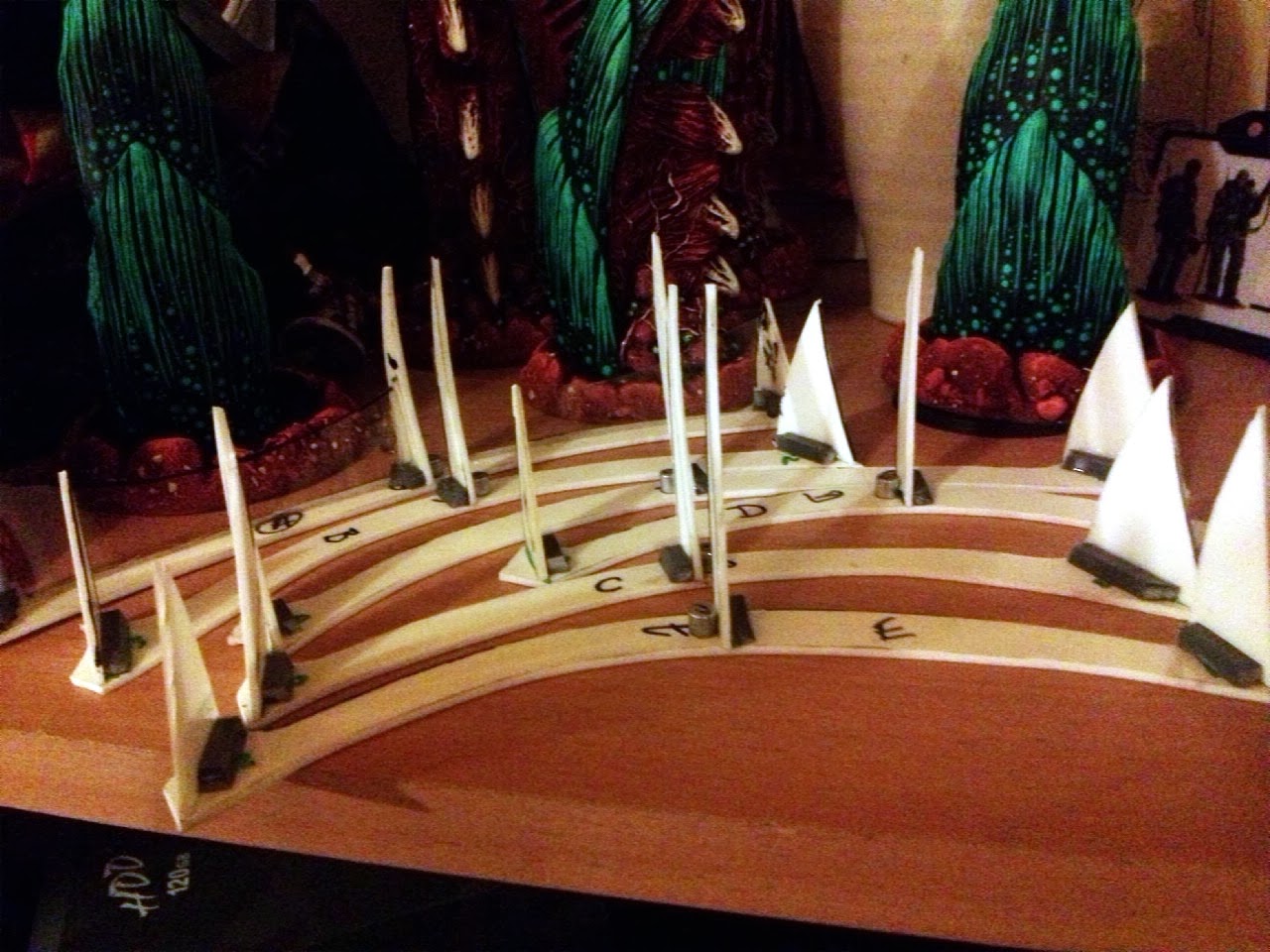 To finally get them in place, although I think it may have warped the plastic a little bit because they seem to sit even less flush with the landing pad than before, hopefully I can disguise it a little bit with the sculpting on top. 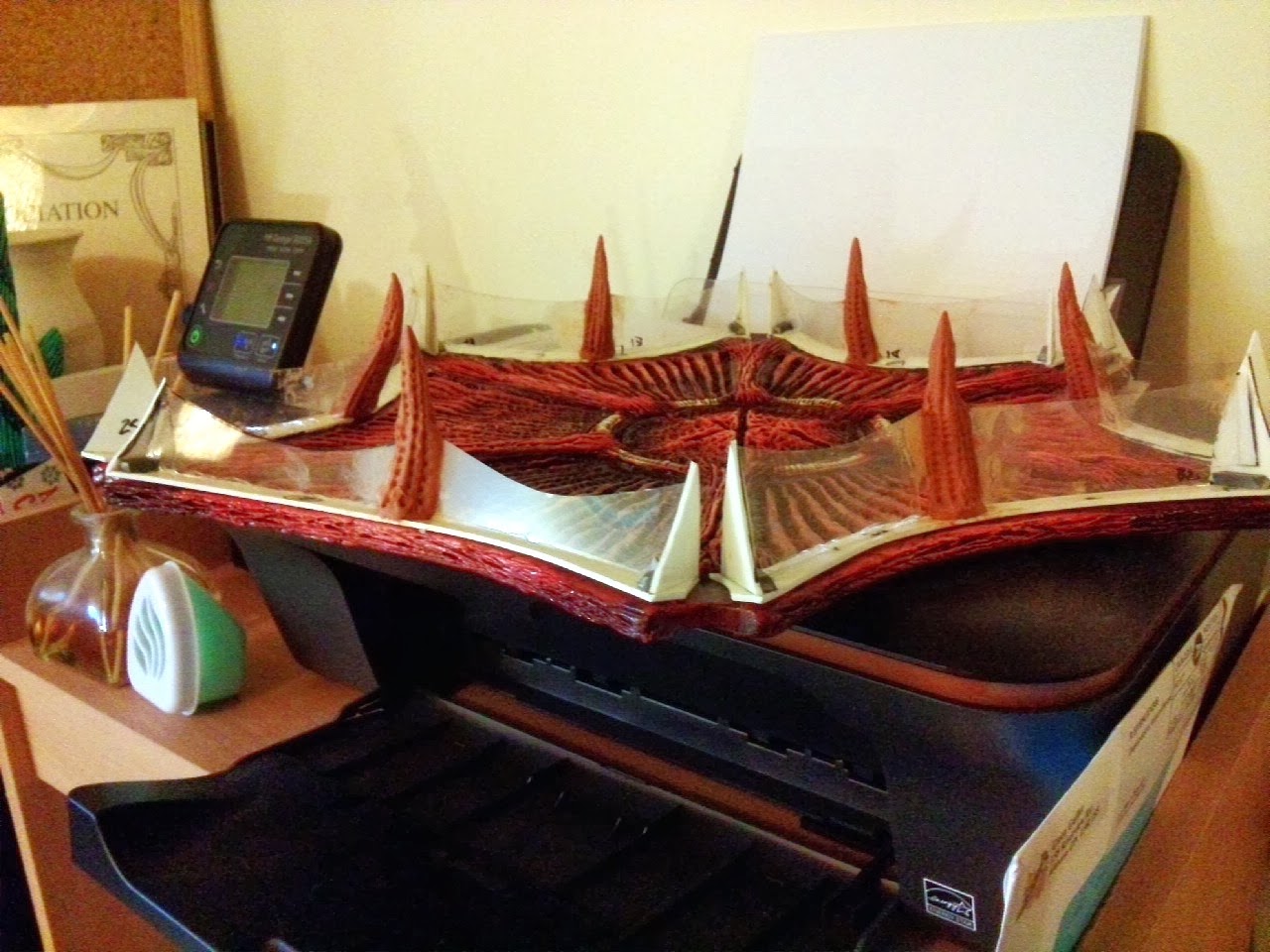 As you can see I made some spikes  for the centres, trying to match the spikes on the Capillary Towers but really making something more akin to baby sweetcorn. 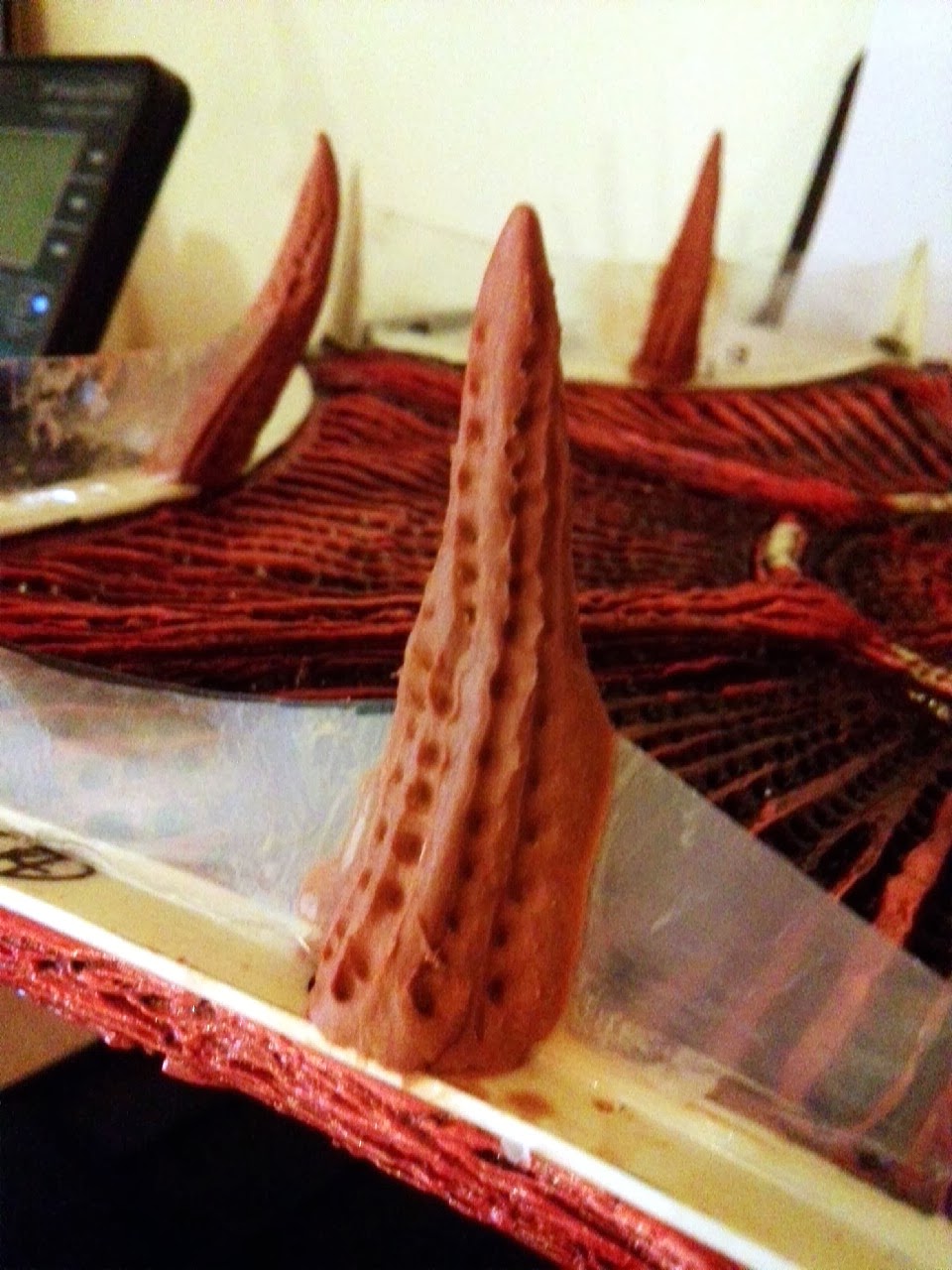 These were made with Milliput and I forgot smoothing them with water would just smear it over the clear plastic. I'm not sure if it's a good thing or bad thing, as time goes on I'm thinking I just need to cover the clear plastic completely. It's the easiest solution, especially to get my head around and time is running out so I may just have to suck it up and do it. 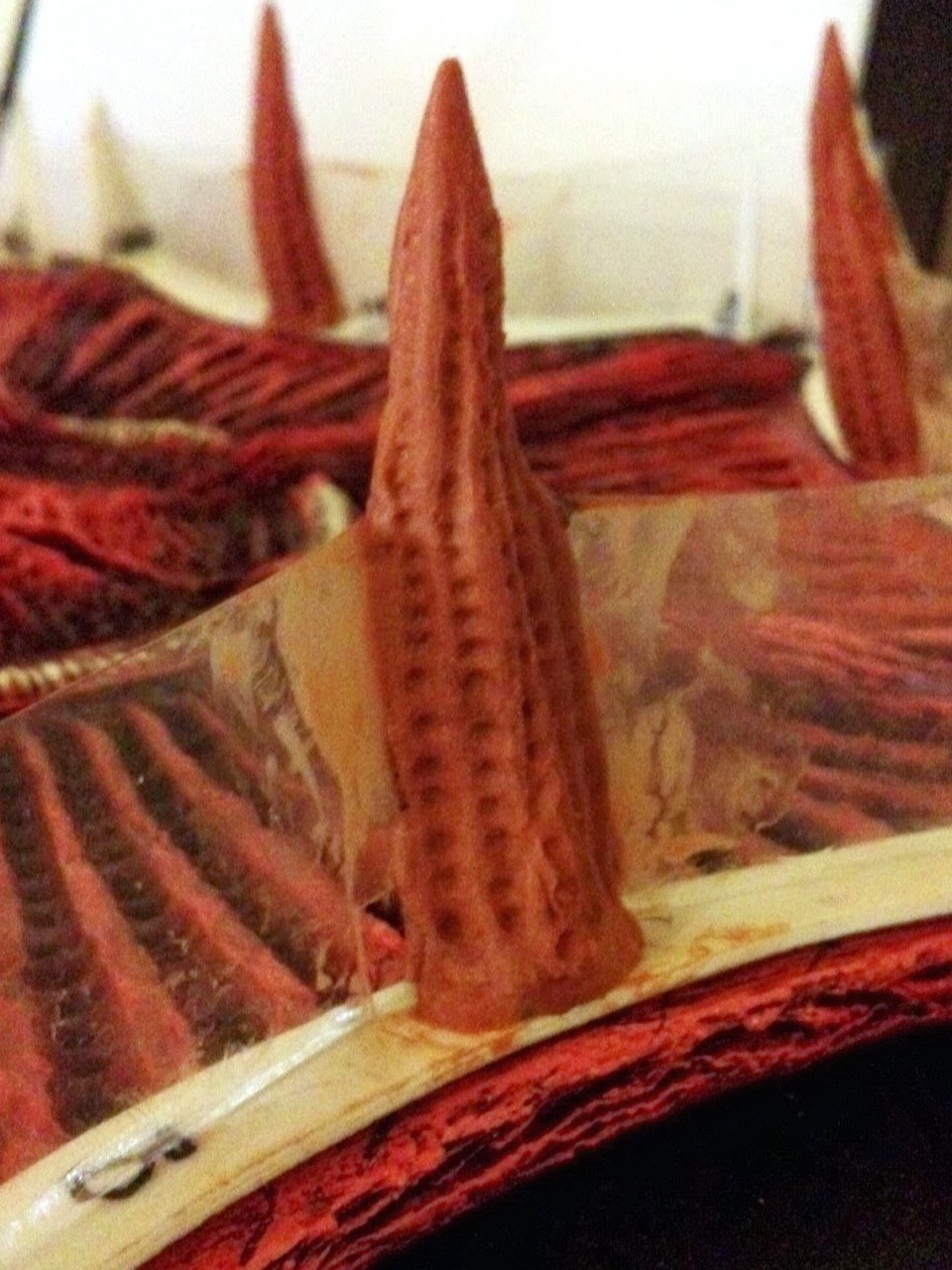 One last thing of note is I became quite weary of the Milliput. Spending 5 minutes mixing the stuff, having it fall apart as you roll out tubes and struggling to shape it, as it's not quite as maleable as DAS clay, it really became a bind. So I may just take a gamble and go with DAS on the walls. The fact is it probably won't stick at all, the plastic is too shiny and despite my plan to cover it I probably won't scuff it beforehand either. However, I may just be able to get it to work and if it goes wrong I'm thinking it won't be too difficult to break off and start again with Milliput. But if it does work the benefits would outweigh the gamble - it'd speed up the process and be less frustrating, which would keep me motivated. 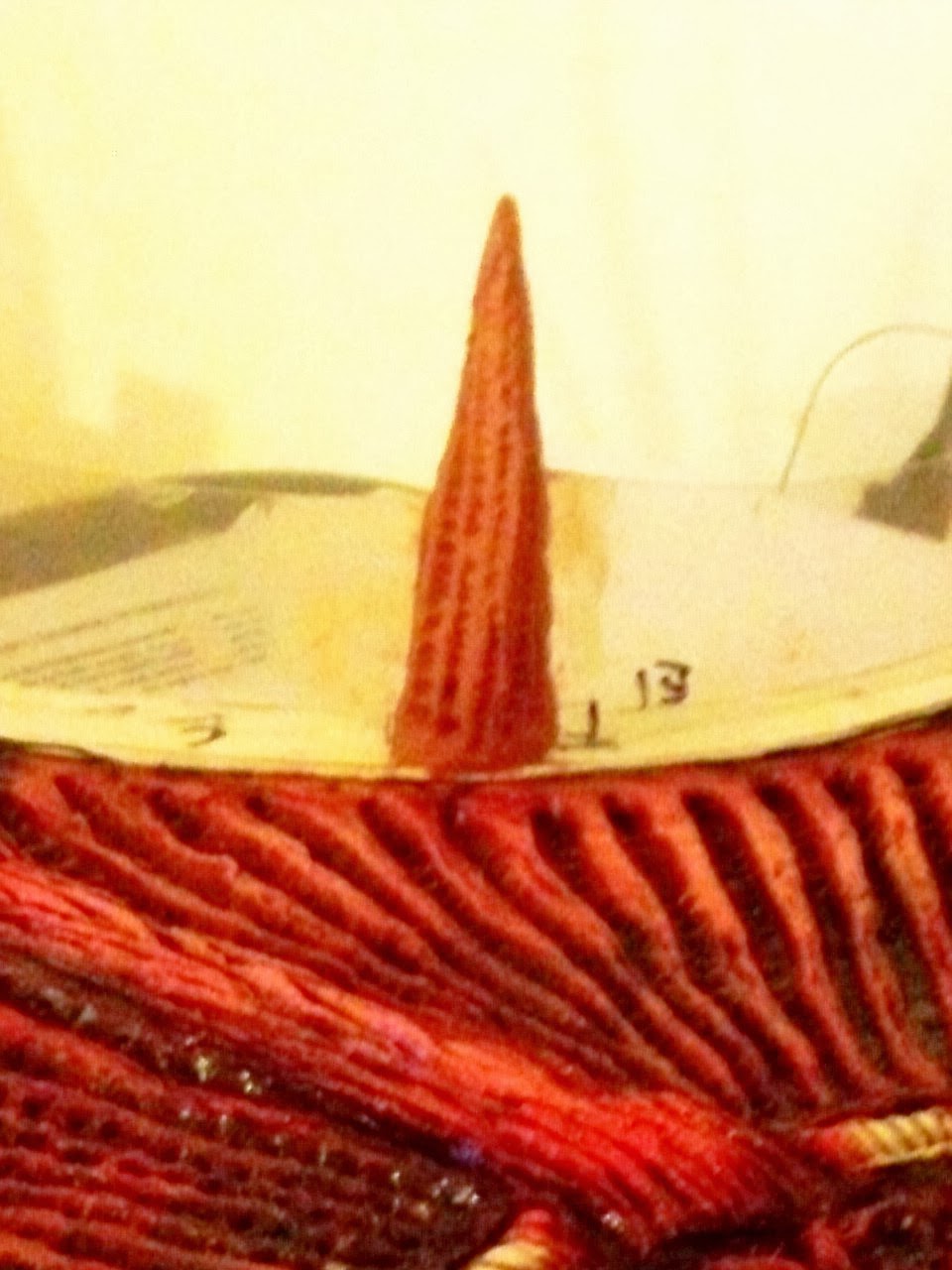 Onwards and upwards, the race continues
Posted by 40kaddict at 12:09