Here are the nominees for best army from Throne of Skulls, I've also included a couple of extra shots that I coincidentally took of the nominees ahead of the nominations as well save me creating a new post for those. Anyway, first up my mate Liam, we'd joked about how my use of scenery would overshadow the poor soul who may have to display underneath me if I was nominated. You can see our fears were unfounded as Liam was indeed dsiplaying below my 'little Ferron Proxima'. 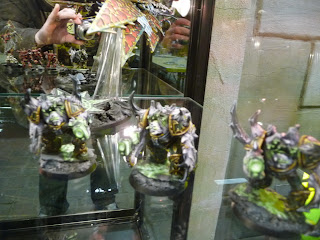 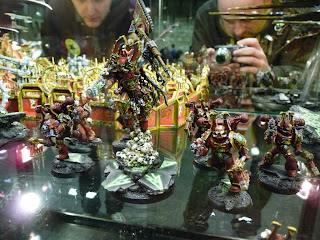 Liam's Daemon Prince, his head and arms are removable but Liam has abandoned the use of magnets for this and instead uses Lego, mainly the 'technical' pieces but you can't beat the flexibility, durability and downright reliability of these pieces to secure your miniatures and make them 'hot-swappable'. 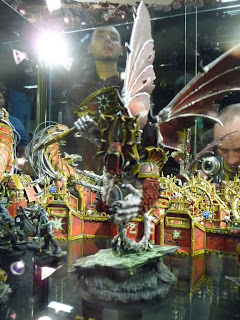 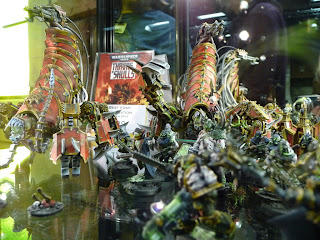 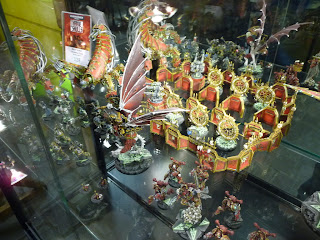 Not sure who's marines this was but it was cleanly executed. 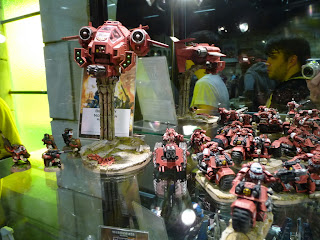 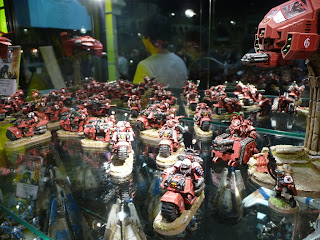 Which is why I took some pictures of it first thing on Day 1. 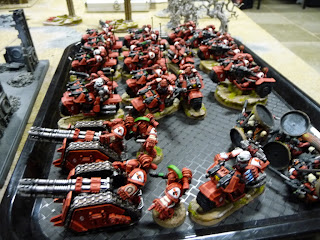 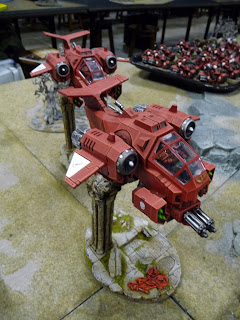 Not sure what Space Marine cahpter [and their Imperial Guard allies] this is but my buddies were mightily impressed by the scorching and damage to the drop pods. 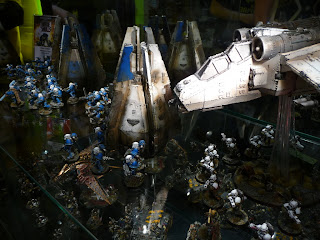 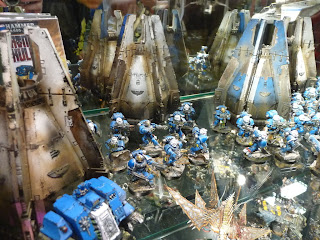 Last Ocotber's Iron Warrior winner was nominated again, probably because of the added trophies on the base ;) 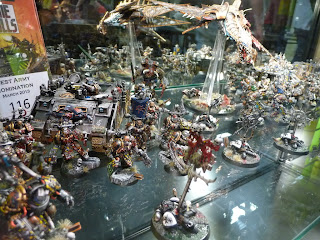 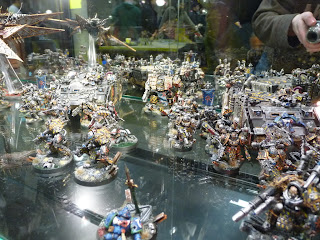 A unique Necron force featuring a white and green marble effect on their living metal. 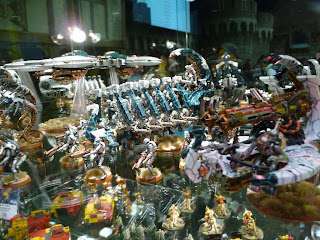 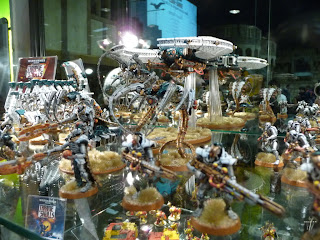 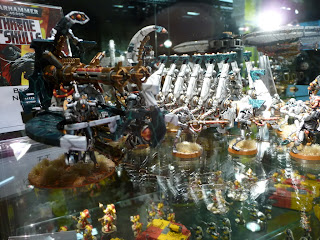 These Howling Griffons were amazing. They were so cleanly executed with individual heraldry and freehanding. My mate Otty got to play against them with his Eldar 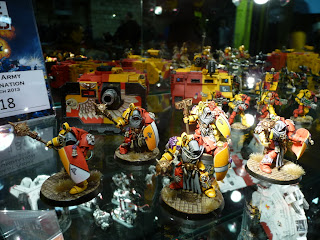 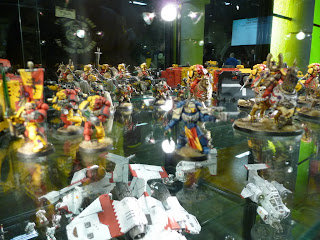 Mounted Demigryphs, not sure if these were run as Thunderwolves or bikes but they were another awesome addition and once again the clean finish was amazing to behold. 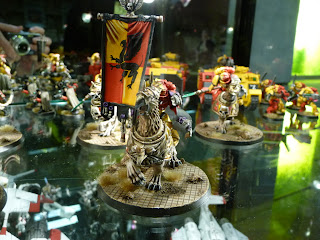 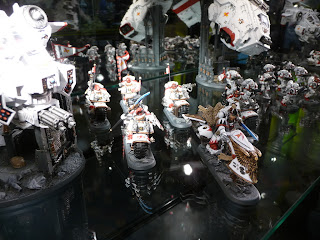 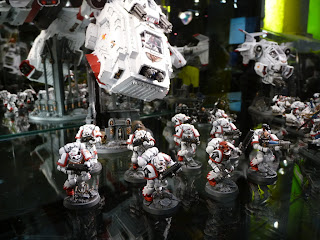 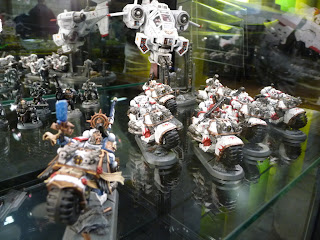 Here are the extra pictures I took before our battle on day 1. 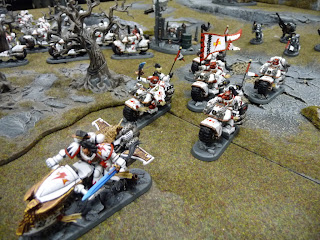 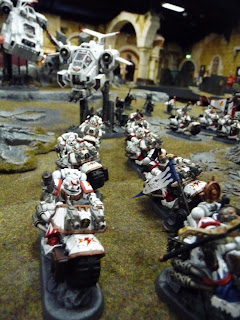 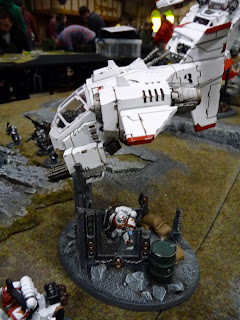 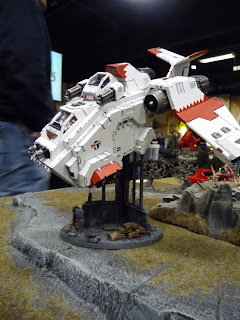 And here's what I did with my space, as well as my army and a few extra additions to try and show the full Tyranid range I included my Tyranid Reclamation Digestion Pool, various craters, Ferron Fire Firs, Honored Imperium terrain and various wound and ability markers because they all go together. 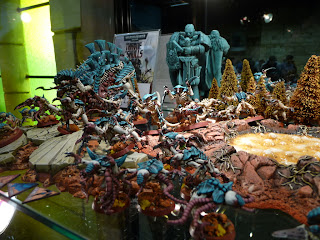 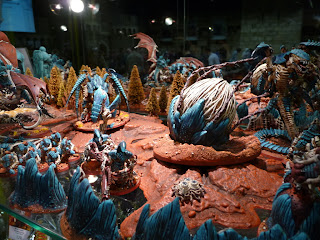 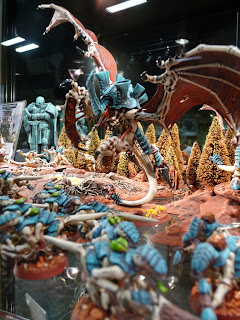 I'd hoped making the diorama would have helped unify everything together so you could see that the army went beyond just the figures - trying to bring a little bit of Ferron Proxima to Warhammer World. I'm still debating whether I should have measured the cabinet so I could have created a backdrop if I'm ever lucky enough to be nominated again but I do like the mirrors allowing you to see the backs of the models too.
Anyway, if you want to check out the facebook album full of 248 photos of the event please check it out here: