Wassup?! And having made a slightly more urban rubble mix for my cultists bases I got on to priming them. In doing so I was going to try out a couple of tips from Ron at From the Warp [where would we be without Ron?] the two tutorials are:

They should speak for themselves really. First up is the overhead spray with an initial prime of black and then Red Oxide. The cultists will be painted in two styles - red and orange. These will be the red coloured cultists and together with their orange brethren will form a whole cult but the two colours will create variety among their numbers. 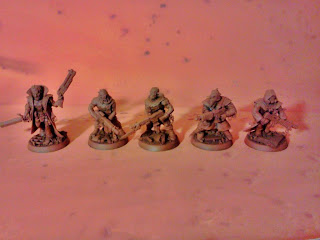 The other half are just primed Red Oxide and will hopefully come out like the Skaven BloodBowl team. There will be a few less steps in painting the orange as I think some were redundant in the end but we'll see. 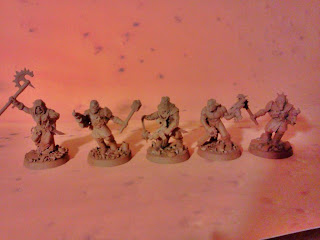 The skin tone's will be quite a mix. I'm hoping to play around to add even more variety amongst the numbers. With all hues and shades - white, dark, mustard, purple and even turquoise hues hopefully. Just playing around really for a bit of fun, stepping outside od what I am familiar with [no 'comfort zones' on Ferron Proxima!]. 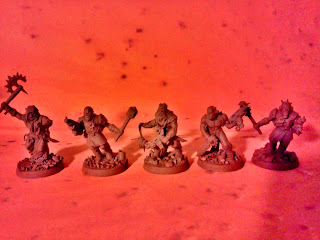 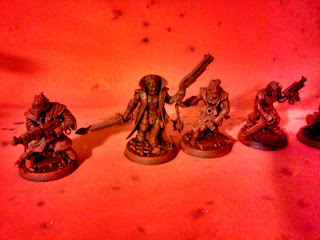 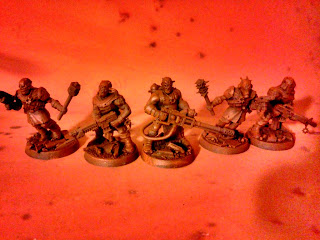