Here are the nominations for best painted army in the October 2012 Throne of Skulls first up the Iron Warriors, which I believe went on to win. 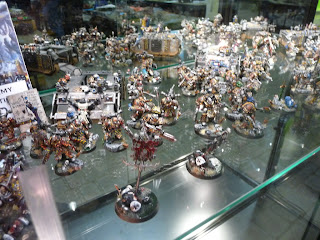 One of the more interesting aspects of this army, is the various trophies of fallen foes on the bases and adorning the warriors themselves. Rumours on the day weree that the own, when he wins, he then asks his opponent if he can snap a head off a figure so he can decorate his Chaos Marines. He's since been in touch to dispell this myth , he just decorates them from his and his friends bits box but in a couple of instances he has had actual heads from figures that have become damaged during battles, its still a cool idea and I may paint some Genestealer heads up just in case I ever face him. So much for rumours folks, don't believe those Chinese Whispers ;) 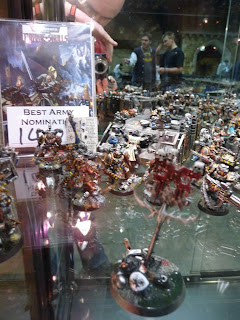 Now I'm not sure of that's correct, or how many people are happy with that but there does seem to be a wealth of marine helmets decorating his minis. Of course the concept I feel is actualy quite cool and given the amount of spare Genestealer heads I have knocking about I may paint them all up and in future gift them to those opponents who manage to best me at future Warhammer World Tournaments. Certainly better than snapping heads off 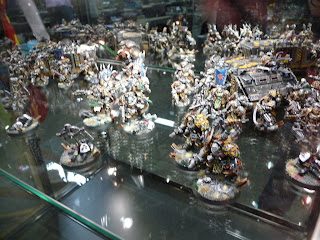 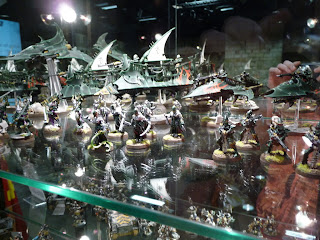 Grotesques converted from Island of Blood Rat Ogres -  such a versatile figure [and cheap too!] 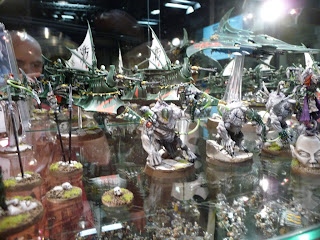 He sculpts and casts his own Eldar themed bases. 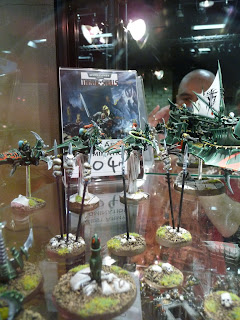 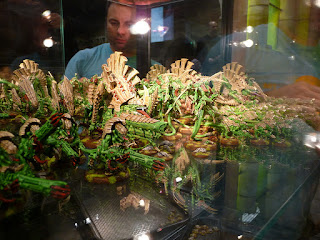 Once again that awesome Mycetic Spore, yep that does look like 9 Warriors could fit in it [and change, just not a Tyranid prime!] 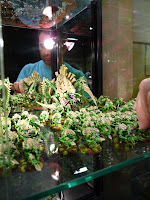 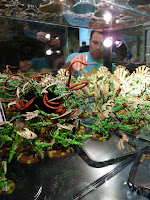 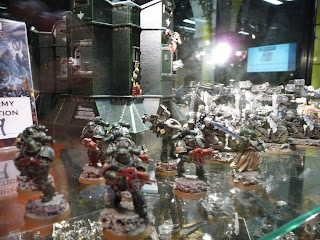 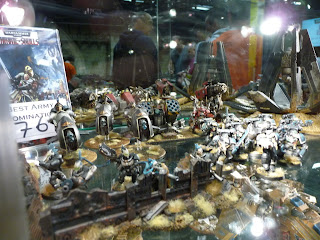 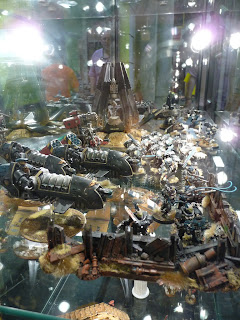 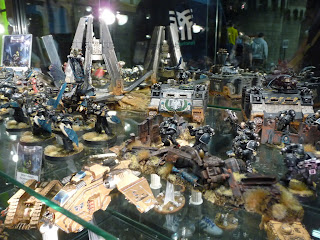 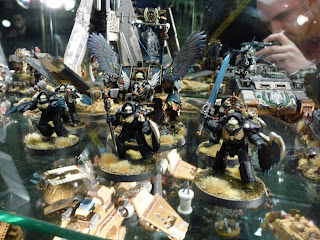 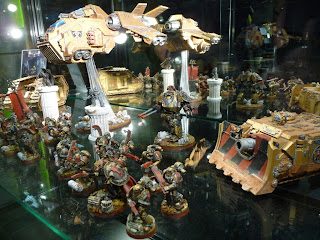 The bronze statues are also impessive. A cool idea for objectives too because their footprint is quite small and you could easily create different heights, as illustrated here, for the mixed value objectives in 'The Scouring'. 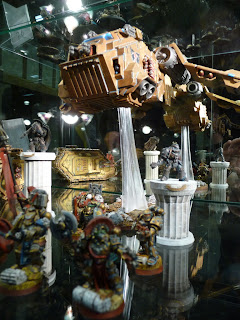 land Raider Proteus in the back. 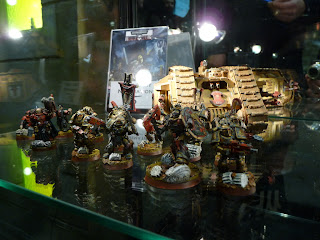 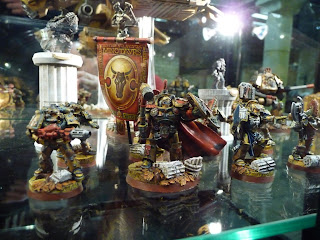 And here's my efforts in the shelf above Otty's, my mate Ben in the background. I really just put everything I had including objectives, counters, Ymgarl markers, event the Quad Gun so it was as full as possible. 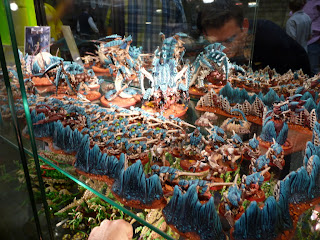 Of course when it was time to take them off the shelf I was reduce to putting my pound store tray underneath the shelf and just sweeping the low value nids [non-metal] off into one pile. It was amusing to see the faces of the other gamers as I piled one of the 'best nominated' armies into a heap with no care whatsoever. Nick from the Event Team's face was a picture of shock and horror ;) 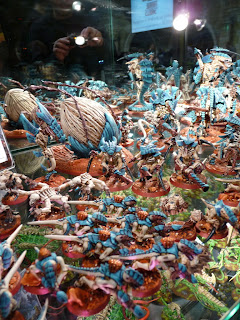 Lastly, yours truly being a Nob, sorry, that's an Ork. Learly I'm pretending to be a Space Marine, although I guess that doesn't stop me looking like a nob anyway! 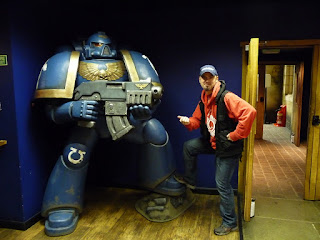 And I believe that's the last of the Throne of Skulls pics, until March 2013!

On an unrelated note a New Year has dawned and new internet security protocols are in place. So I am probably going to be organising a night a week for blogging nonsense, hopefully that will keep me doing what I've been doing up till now. I also 'lapsed' with my kendo association membership, it didn't make much sense to be shelling out £44 for an activity I can no longer fully commit to so I've saved some money and will have a little more time on my hands. It's a sad loss but I think I've been kidding myself anyway these past 12 months that I was actually taking part. So, new year, new focus, lets see what it brings.