When I first thought of doing gaming related App posts I had a number of Apps that were useful. One in particular was an App called Warhammer 40k Combat Assistant. Essentially it was a dice rolling App and it was really useful. Since then it's disappeared, but a replacement turned up a few months afterwards called War Dice Lite. Essentially it's the same app, possibly removing the 40k reference for Copyright reasons and open up the market to any game requireing dice rolling.

As you can see the app creates a field of dice allowing you to add and subtract dice to compelete your roll. To be honest that's about as much as I've played with it. Ultimately it's never going to replace the tactile feel of rolling dice. However I believe there are a number of ways this could replace using dice. For one, it's free so if you're just starting out you can save a few quid by using this and I've no doubt that with a bit of practice you could become very adept at playing your game solely using War Dice Lite potentialy speeding up game play. 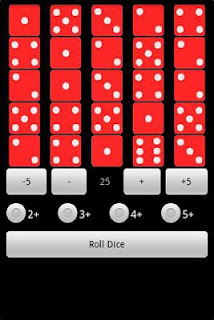 Additionally I believe it's an essential tool for any gamer even one who has a mountain of dice and no desire to replace it with an App purely because there will come that fateful day when you may forget your dice, or as I did lose a scatter dice, if you've got your phone you can still play on 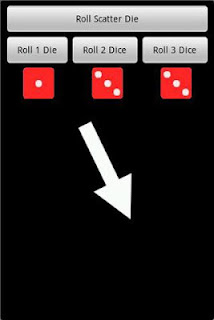 Als, there's War Dice Pro for £1.99 which has added functionality if you develop a taste for the app. Meanwhile I suggest you go look at the free version and see what you think.﻿