Wassup! Here we go with the usual Hive Fleet painting, I'm pretty sure we decided this was Hive Fleet Gorgon before the Codex came out and rather neatly they're is a Gorgon in the Codex that has an interesting story and no figures painted so we aren't messing up anything. 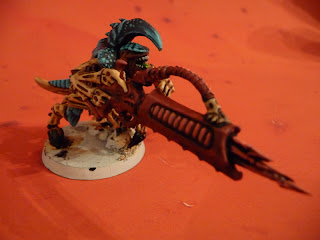 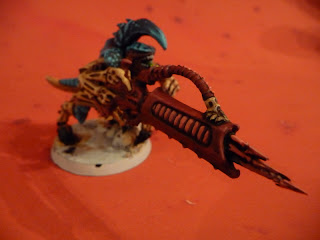 Here's the right side view, I wanted the claw to be grasping the pumice stone on the base but if I'd have bent the claws any more they'd have snapped right off. 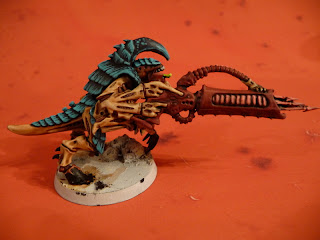 Back view, I removed the top little tail spine as I thought the torso would have been obstructed by it, I was wrong. Tilting the tail section so it's more horizontal just meant the torso was flatter too, not as upright as I thought it would be. 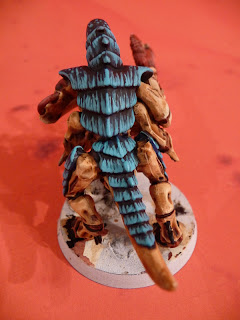 Top view, so you can see the detail on the crest. 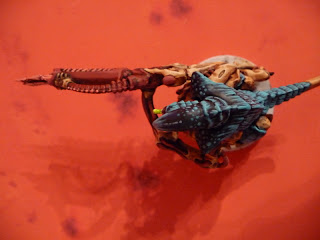 Left side view, I was enjoying the new green tongues so despite their being no Toxin Sac upgrades I went with green instead of the usual pink. This would help differentiate broods of Hive Guard, if necessary, I'm hoping to kit bash another two of these. 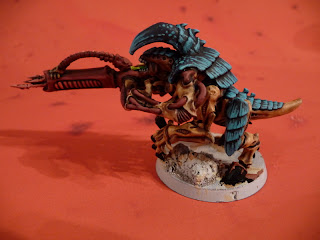 From the front, yes that REALLY IS A BIG GUN! I think the claws worked out well, still to do all their highlights and the Bonewhite highlights. 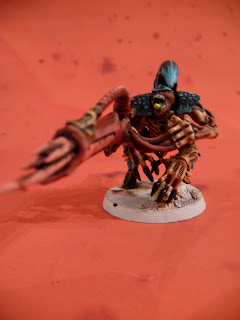 Here's a side-by-side comparison  of my Hive Guard and Warrior. I think their profiles are significantly different, it helps that all my Warriors have their weapons in their lower arm sockets, whereas the Hive Guard is upper. There isn't a huge difference in height, the crest rises to nearly the same height as the warrior but I think optically you arfe fooled into thinking it's shorter due to the pose and the head being smaller and lower down. 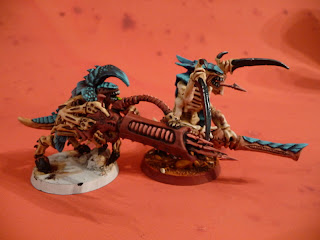 And to finish off a front and three quarters view, there's no mistaking these are very different beasts. I think the thing with 'nids is I could turn up to any event say its a 'gribbly beast with synaptic bogey fronds' and no one can argue as they're 'just 'nids' . Who knows the Codex and who thinks they're a difficult army? Why would they complain about anything. It's like Orks and looted vehicles. Slap some plasticard and small rivets on a G.I.Joe tank and it's been 'looted'. 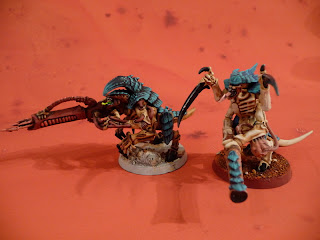