It's been a few weeks since I played in my first tournament so my memories are sketchy but here's some pics, plenty from my first match, quite a few from my second and then a couple from the third - I was a bit tired by then. Tehy may be a bit mixed up but I'll do my best to explain what went down.
So here's my 2000pts versus some red Space Wolves. Spearhead deployment, objectives on that wall in my deployment, in the centre area terrain and behind that large rock formation in the Space Wolves deployment. 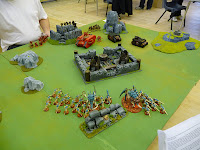 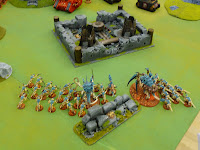 Everything moves up, I forget to spawn any Termagants to just hold my deployment objective, something that will come back to bite me in the end. 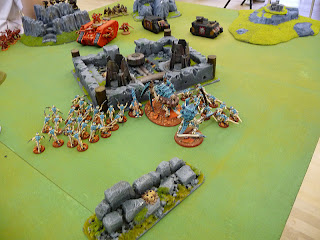 Hormagaunts and devgaunts scramble up the walls of the area terrain. 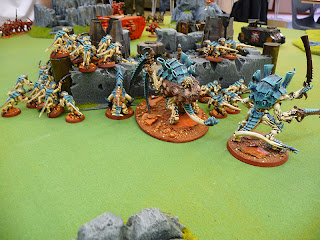 Noticing my opponent visually drawing a line through the Tervigon and Hive Tyrant directly to Njall Stormcaller I recall some psychic attack that rips open the ground in a straight line so I run the Tyrant so both aren't in danger. 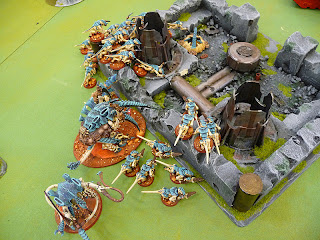 So much for getting out of danger. The Hive Tyrant is no more, it may have been the Long Fangs and the Assault Cannon Razorback but alas the Tyrant was no more - so much for my Hive Commander Reserve Roll buff! 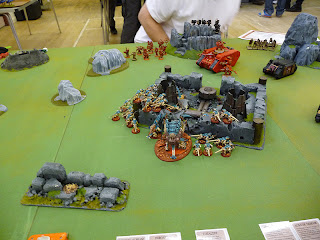 Little do those marines in the top left realise that the rock formation beside them hides a nasty surprise. Meanwhile some scouts come on to my left. 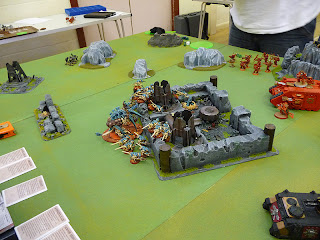 Oops, Njall opens up the ground beneathe the Tervigon's feet and it falls through to it's doom. It had suffered a couple of las-cannon wounds already I think. 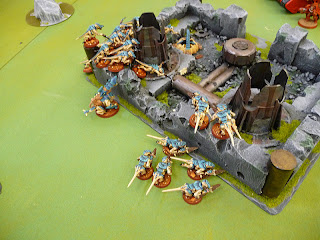 I was a bit concerned about these Fenrisian Wolves. 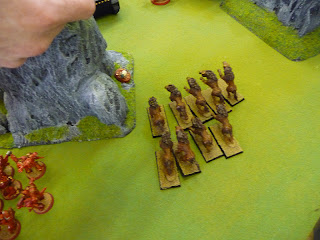 So when my warriors and stealer reserved onto the board. 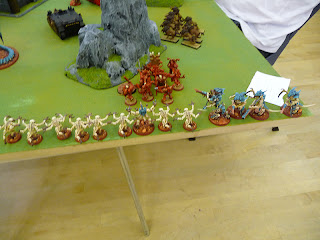 It made sense to send the adrenal stealers and Broodlord into the squad of marines... 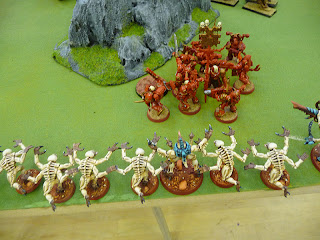 and send the Warriors to take out the wolves. 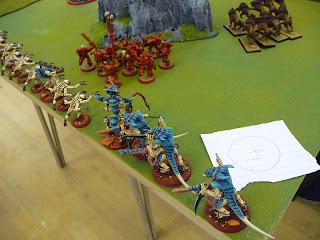 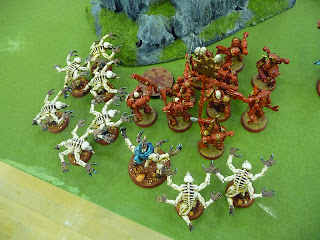 and here go the warriors. 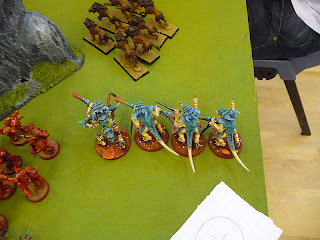 Up popped the Trygon Prime and I think his Containment Spines may have shook or stunned the Vindicator. 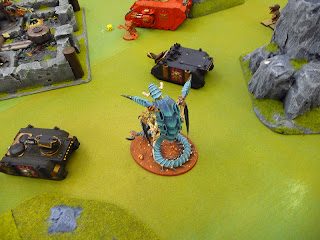 The view across the board. 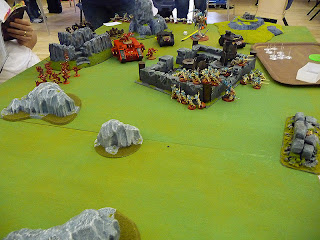 Here come the scouts, heading for my deployment objective. 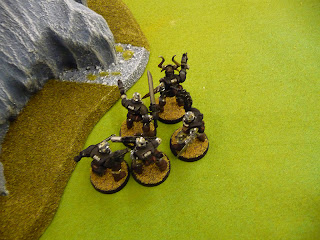 My little gribblies head for the main objective. 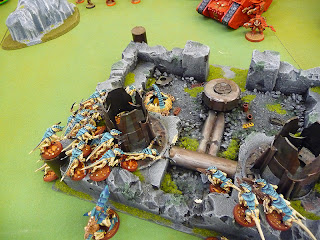 Darn Long Fangs will be the bane of my life. 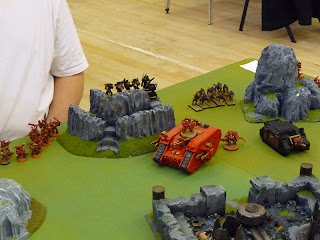