So here's the second dreadnought from the Space Crusade Expansion box I originally got on a trip to Games Day way back when. I can vividly remember opening the box on the coach in the car park of the NEC in Birmingham. I actually think we went as a group, including my mate Liam, he of the scratch built Warhound and Warlord fame, with the Liverpool GW. 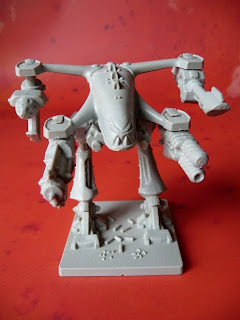 I much prefere the side view for this dread, the elongated legs are a big improvement, detail-wise, than his smaller brother. It certainly looks more mechanical and realistic. 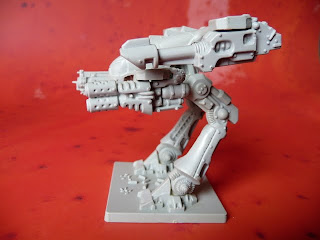 I've no idea what I'm going to do with this, if anything. I'm kind of annoyed that having the two dreadnoughts from the expansion and another dreadnought from the original game that I don't have a single pair of weapons to kit out a Mortis of some description, double assault cannon or missile launchers would have been nice. Of course this thing has four weapon points and I'm even less a fan of the sarcophagus on this, the mounts being far to Eldar or even Tau in my estimation, a shame considering how well detailed the legs are. How they could get that so right and the weapon mounts and sarcophagus so wrong I don't know, which is such a shame. 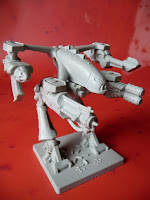 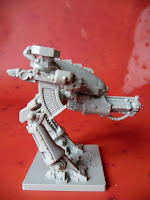 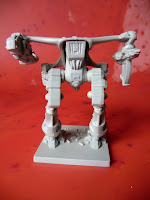 Aside from nostalgia and novelty value I'm not sure why I woudl want to keep this, I'm sorely tempted to see what it's worth on ebay but I don't want it to be something I regret later on so we'll see...﻿
Posted by 40kaddict at 12:11