Recently I was talking about my WFB Ogres and mentioned at the time Shreddies were giving away some soft plastic toys. There were a few that looked like the Hunchback of Notre Dame which I was going to throw in as an Ogre, purely because my mate Liam, he of the scratch built Warhound and Warlord fame, had dug up one that looked like the 4th edition Cave Troll that came out and had painted them up!

Rooting around in my box of delights I stumbled across the actual toy he used as a Cave Troll [though his was painted, obviously] so thought I'd share it with you all. 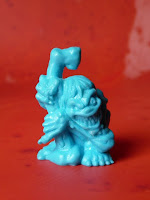 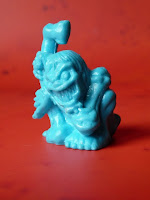 Additionally here's the 'frost giant' that also came out, which was rubbish in comparison but I was going to use it anyway as an Ogre. No picture of the Hunchback though... 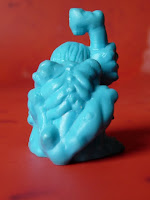 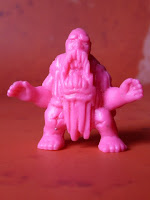 Last but not least here's a Griffon from the same set that I actually painted for my empire army. He's a bit little, only a pup but I had some fun painting it back in the day. 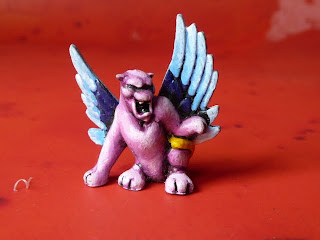