Following on from August's Battle of the Brush [or 'Tale of our Warlords', as it's also known], September's category was Characters. I entered my Space Hulk Deathwing Librarian . My goal is just to achieve the 12 entries over the course of the year and as you can see the standard is exceptional each month so the competitive aspect will be tough, hence why I'm just along for the ride.

1st place was this elf. 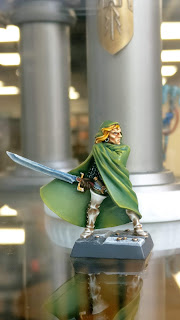 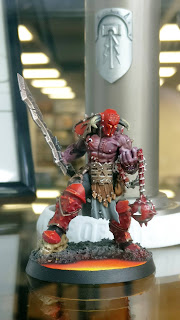 3rd to the Nighthaunt 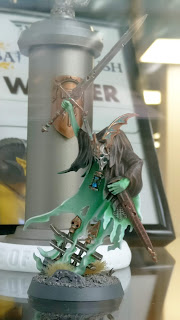 And the staff pic for colour scheme they would do - Gotrek 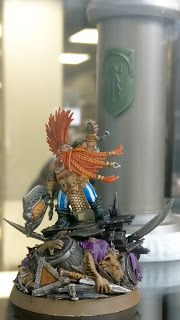 I did manage to pick up the 'Warlords' award - the miniature chose by all the other entrants who last year completed the 12 month challenge, I was actually really chuffed with this, moreso than I felt with the Land Speeder Dark Shroud - this felt like a big deal to be honoured so. 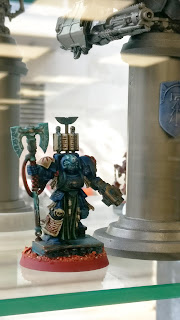 I took these pics in the old store, not sure if they were also entered into the challenge. 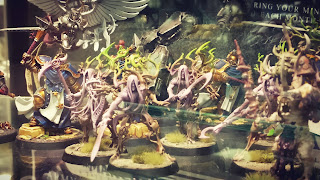 And an Orruk in Orange. 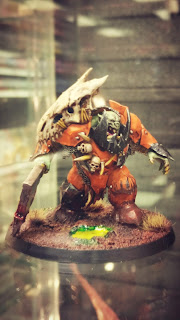 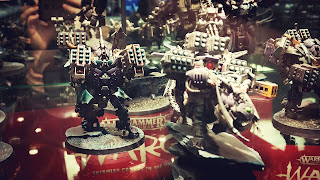 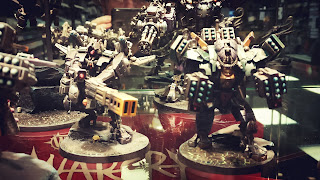 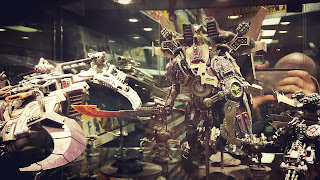 A rather pallid looking dragon 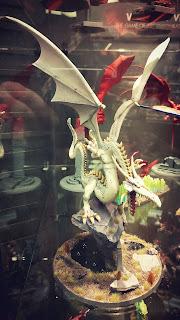 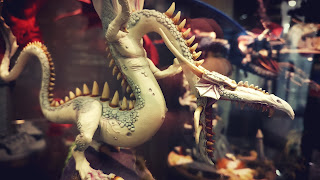 Some Ork bombers from Aeronautica 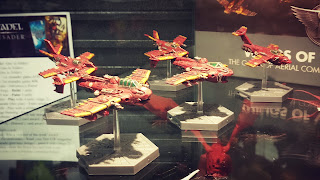 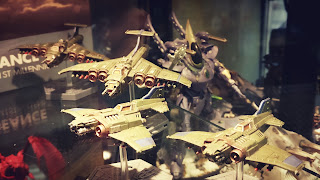 And their new home in the new shop. 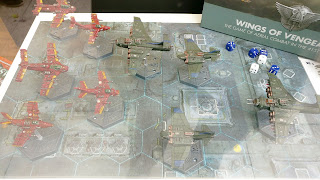 A Squat display in the window. 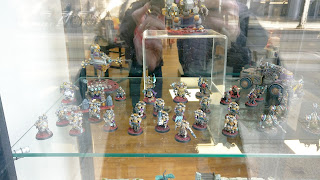 With fab Red Planet BASE!

And the old Squats in Exo Armour, I used to have these... 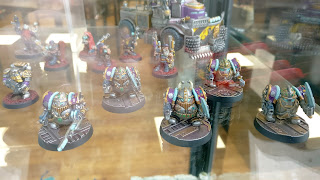 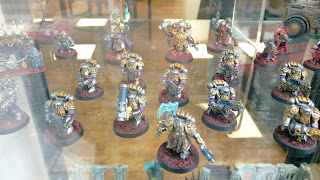 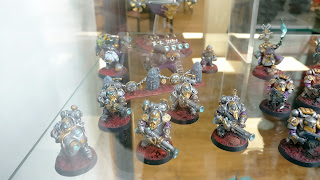 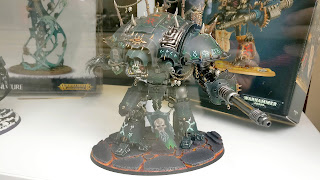 Next month is squads and I'll be putting in my Genestealer Neophytes but I seem to have misplaced my entry form which isn't a problem but is annoying, ...
Posted by 40kaddict at 12:29