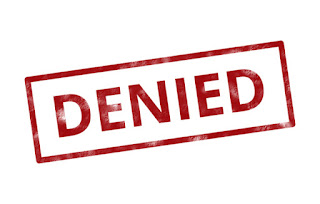 So my last post about IT issues revealed I could no longer blog within my IT network whilst able to see the images pulled from Google Photos. I ultimately resolved that issue by using our standalone laptop that makes use of a WiFi dongle not connected to our 'managed network'. Everything was fine, I was writing once or twice a week which would cover me for 2 or 3 posts on the blog. Unfortunately a new issue has arisen. It would appear that our little £15 WiFi dongle has been somehow monopolising the IT network after a recent powercut. When all the servers came back on it somehow became the default that all the rest tried to connect to!

Anyway, our local IT guys, who are genuinely cool, still had to find a way to limit it. Fundamentally that doesn't change anything. It took a few weeks for them to reconfigure the device but their bosses have suggested that it's use is curtailed. That means I can turn it on occasionally to still blog but it is a bit of a palaver, again, and something I'm sure they would prefer not to be used. I mean I was using that WiFi dongle all the time, saving my data on my phone, so now that's a challenge too 😉.

In conclusion, I can still blog and you may not even notice any drop in service, but once again there is another hurdle which makes my blogging more difficult and might be less frequent depending on how often I can access the kit.
Posted by 40kaddict at 12:12