I had the opportunity to catch up with some of my To Done! pics. Again a mixed bag of success on the photography, I've received some helpful comments, but if I'm going to rush through the picture taking process so I can get back to actually painting the figures then I have to be accept the results I get! 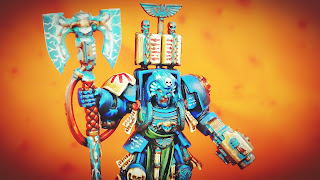 Most of these pics are actually off my phone anyway, so again there's not much to justify any complaints. The Space Hulk Librarian was on my To Do List, so it was nice to actually just tick it off - a 'quick win' that had taken a long time to get done ;) 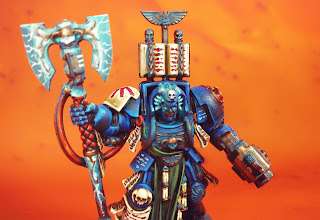 I'm pretty happy with the glow effects too, some of the lightning could be better  but for the most part I think I did a good job. 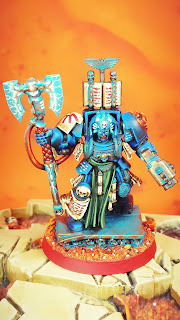 Not entirely sure if I'll ever use him but if my Deathwing are deployed in force he'll probably be a HQ option I might take. 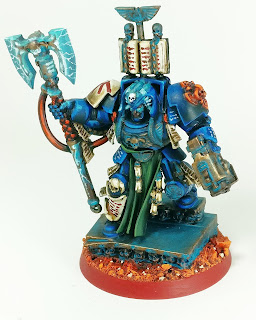 I was very crude with removing the Blood Angel references, perhaps too crude as they're still recognisable in some places but again the potential use out of the model is so limited it didn't warrant any more effort than I actually put into it. 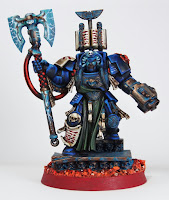 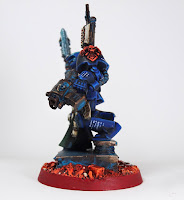 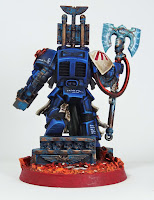 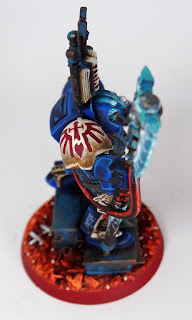 Happy with the lettering on the pages though. 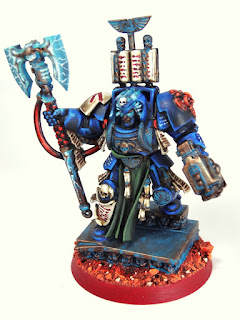 Job done, so I gets me the Great Big Gamboge Stamp of Approval. More to come as I finish writing up some of my other successes so far this season. 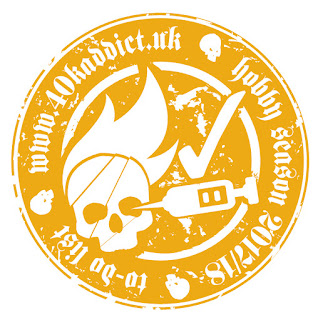