I've had four bases of Rippers for so long now that the 4th base, which was done at a later date than the the original 3 still looks like they were painted at the same time. 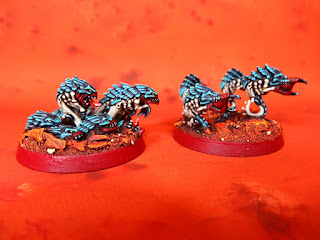 But I collected a fair few Rippers from bits and other assorted ebay purchases but always wanted swarms to look more like the Forgeworld variety. 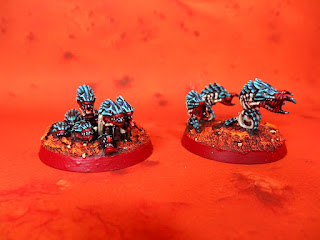 Their rules may be lacklustre but those piles of little gribblies look cool. 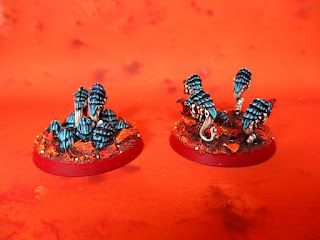 I'd put off making some green-stuff press molds for a long time but the need to have two broods of three for GT3 meant I had to crack on and make my attempt at press-molding. 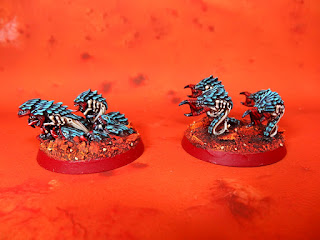 I also piled some Spinemaw Rippers on a base to make up the second base. 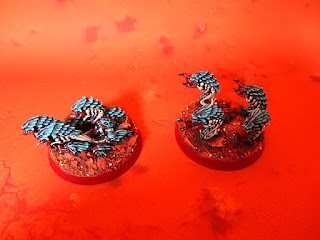 I'm not a fan of Spinemaws, from a model point of view so I'd rather they sit on one base than have them infect another with their presence. But these don't look too bad really. 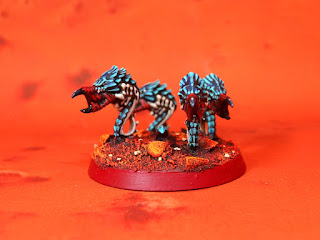 The tunnelling swarm is made up of 7 green stuff casts. 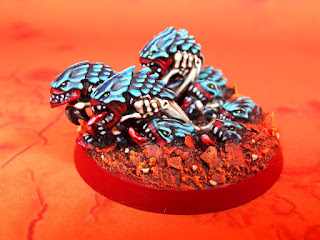 As well as three plastic Rippers and the Tyranid Warrior face at the the front. 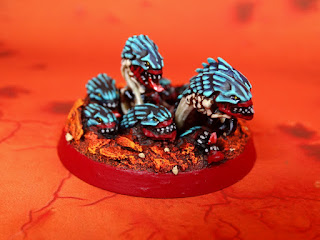 As a first attempt at making these bases I was really chuffed with the result. 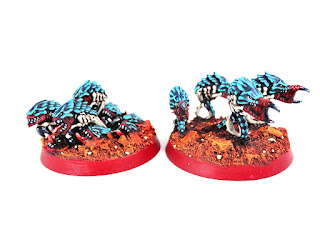 I've just done another round of casts and I'll see what I can do with twice as many on one base! 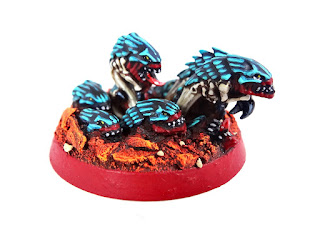 Ultimately I'm taking these because they're cheap Troops choices that allows me to take two Battalions. In game they're only function is objective grabbers. 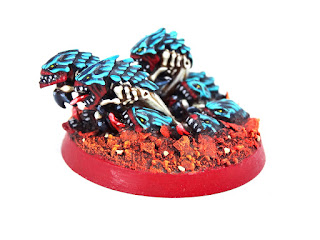 Although I understand they have the ability to swarm the likes of Imperial Knights so they can't Fall Back from combat - so they have their uses. 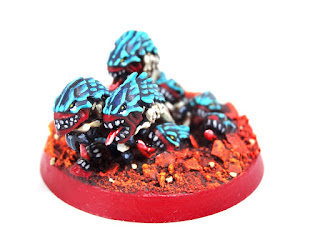 They look really cool though and I'm pleased with how the evolved scheme has made them look much better than their older siblings. Although these pictures are making them look much more blue than turquoise. 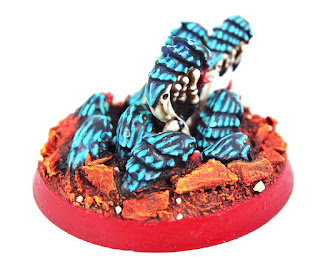 My other beef with the Spinemaws is I can't seem to find the sweet-spot to take their picture. 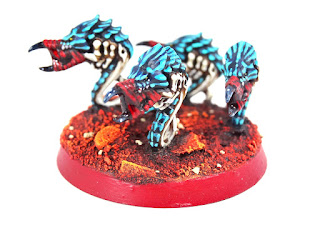 OK, that's more to do with how I placed them on the base but evens so. 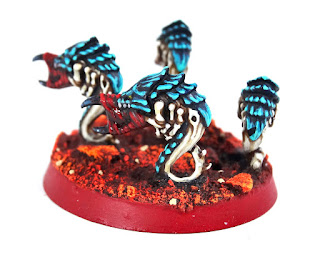 But their disposition at least shows a little variety as I'd added some plasticard at the front and you can see the nearest Ripper has his tail submerged in the ground to give some height difference to what is four copies of the same model. 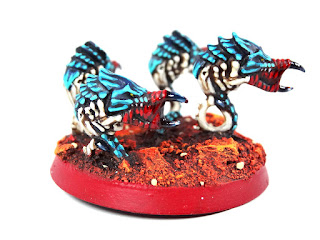 So there we go, I'm not entirely sure it was the case but these seem to have been done really quickly. Of course they were stagnant for a VERY long time but they've gone from build to completion quite quickly. I think mainly because I've been busy doing many projects simultaneously I know that the time spent has been significantly less than the time that has passed. Now, despite these being 'off-list' I still get the Great Big Gamboge Stamp of Approval - voila!