Terrain is everything - Ferron Fire Firs

You may recall last year I picked up another two packs of Lemax Trees, basing and painting them is one of my To Do items on my Hobby Season List but you would be forgiven for thinking they would be high on that list. 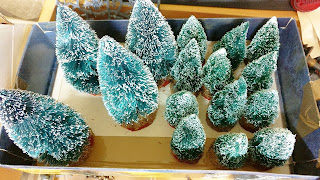 But with the Sentinels To Done, alongside the Deathwatch I'm in a hobby void at the moment with no task calling to me. Which leaves me with the opportunity to crack on with some of the mundane tasks that I might ordinarily shy away from, or more accurately have something more interesting to capture my attention. 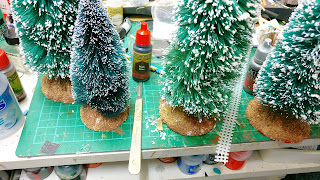 At the very least I felt I could get these based and perhaps primed. Then should I feel inclined to paint the bases fully and the fir trees themselves at least I had a headstart on that, logic I've applied previously to great success. 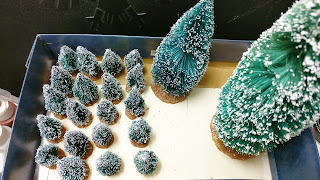 Over a couple of nights I managed to base them all. I really like Ben's approach to trees - tall trunks with the foliage at the top which allows you to move the miniatures into cover but still know they're in cover. But one of the reasons for doing focusing on these is that although you get none of the advantages compared to Ben's these do provide some great line of sight blocking and can be positioned to not take up too much room doing so. 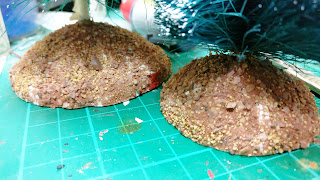 Unfortunately the process was hit by a failure of my Simoniz Red Oxide Spray Primer. This particular batch has been a little temperamental. The coverage hasn't been great but the finish was exceptional. While I was spraying the underside of the bases the spray nozzle started to leak, I think somehow it became detached and just continued to spray. Almost an entire can dripping and fizzing but sadly not enough direction to complete painting the trees. At least I wasn't covered in it though #silverlinings  So they're on hold while a new can of Primer is being delivered. 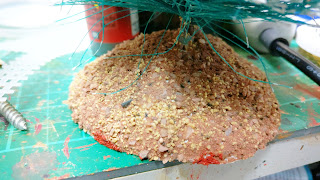 And in case you were interested in LEMAX trees they're available at Dawson's Department Store again but at £11.16 [presumably £3.95 postage], not the £6.50 I paid [you could always gamble on another sale after Christmas though?].