I guess it's fortuitous that I mark my 200th 'nids post with the completion of these here 31 Genestealers. 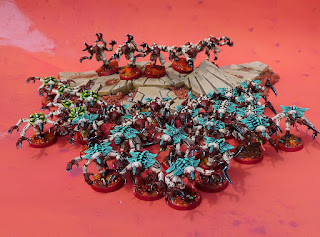 It's taken a good while to get here, which is understandable as other projects and thankfully that includes the Dark Angels have taken priority. 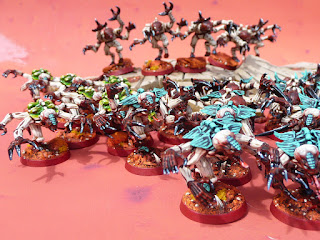 But they needed doing and I thought it'd close out my hobby season with a bit more quantity. 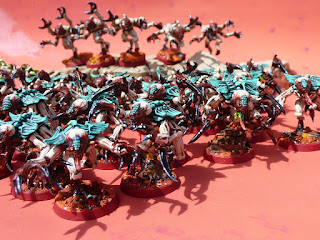 I also thought that it'd get them off the decks and I could therefore focus on new things for 2016/17. Then I went and got Deathwatch Overkill with it's 38 Genestealer Cultists and then got Space Hulk with a further 22, and  10 or 12 more when I got an ebay bargain! 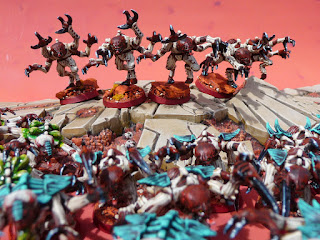 So I've got yet more stealers to paint, whether that's another two year deal who knows but it's going to keep me busy regardless. Bloody hell that Genestealer Cult Codex better turn up. 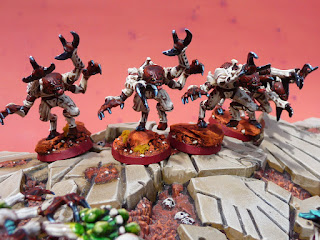 I still think the Toxin Stealers are the best I think if I do any more I'll be doing some more random sac mutations like the  one on the right. 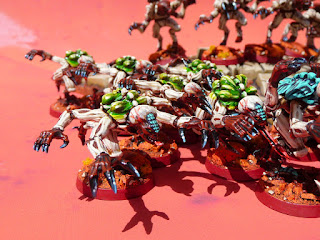 There were also these five 'urban' based brood. The metal bits are all from my previous Space Hulk stealers which had their bases trimmed to fit 20mm bases and so the spare parts made up these, which is a nifty trick which I'll be doing again with the new batch. 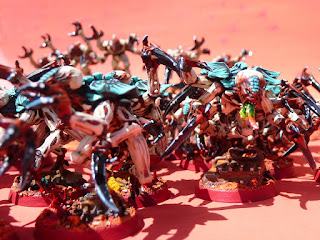 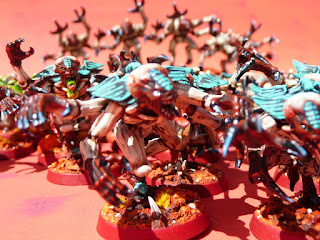 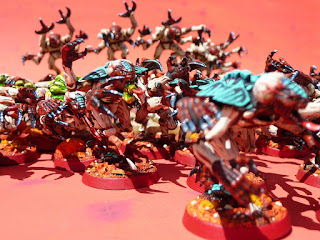 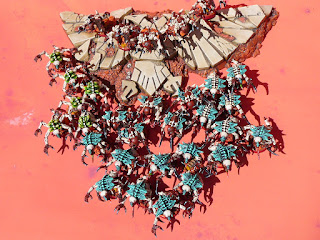 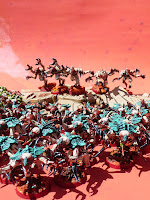 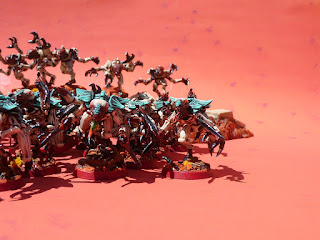 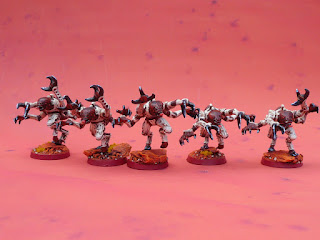 These are five of the ten that I received as a mystery gift from my kendo friend Tom Widdows. 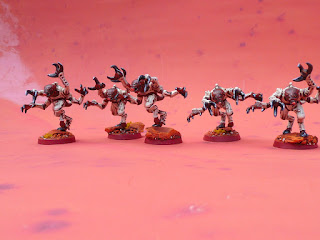 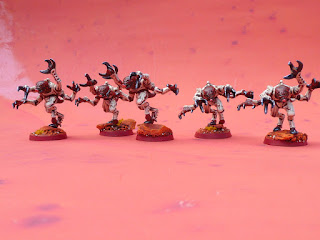 Here are the other five together with their brothers, these were converted with Scything Talons and extra carapace armour just to see what they'd look like and for variety. 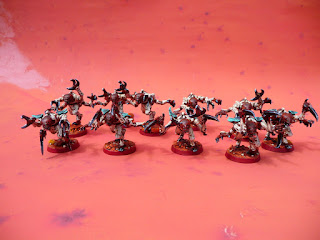 It's amazing how they still work and again makes some interesting variation in bio-forms as Hive Fleet Gorgon mixes things up to find the optimum stealer variant. 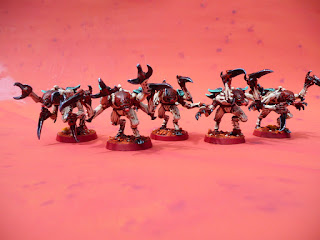 Meanwhile Tom has his own Epic 40k blog here: epictitanlegionclub.blogspot.co.uk go check it out. 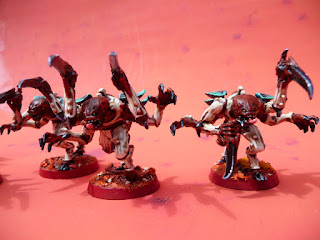 These five have scy-tals, carapace armour and bone carapaces. 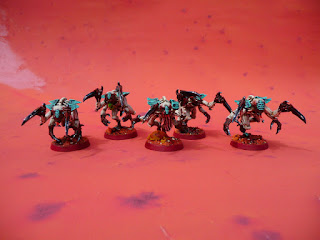 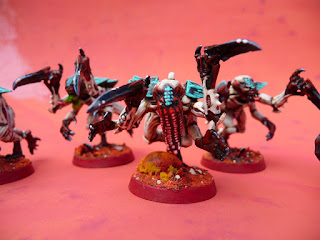 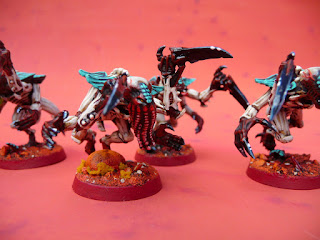 Five Scy-tals with 'enhanced' carapace armour and chitin carapace colours. These armour plates are all made from Carnifex and Warrior armour plates. I made one previously and liked it so much I did a whole brood. 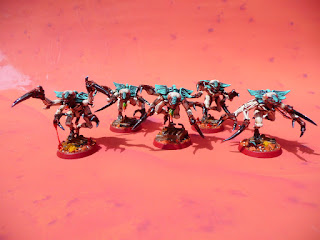 This poor stealer has had a rending claw shot off, the ubiquitous UHU glue creating the blood drip. 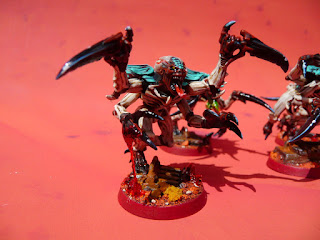 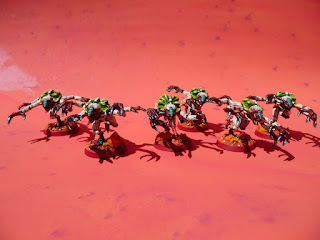 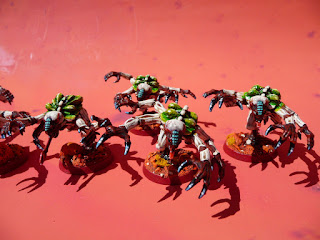 This brood have carapace armour and chitin carapace. I also mixed up the arms, so some have two pairs of the three claws. 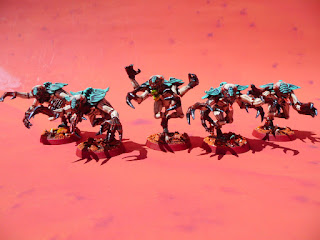 Some also have two pairs of the five claws. 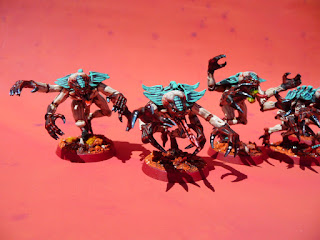 There really didn't seem any sense to always have them with a pair of each, why not mix it up? 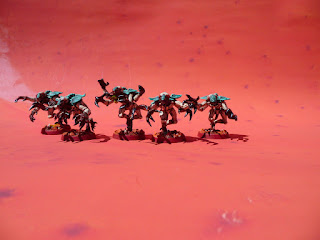 So there we go and other one ticked off the To Do List The big green stamp of approval - TO DONE! Now, just a bunch of phone shots and then whats next?