As I said in Deathleapers post I'm not accepting this 'Lictor Shame' title I'm Lictor and I'm proud! I think the truth is almost any 'nid player will say they think Lictors are awesome - the model, the fluff and just barely the rules. 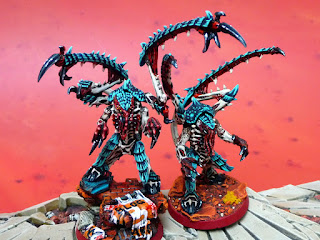 I know they're useful but I don't think rules-wise they even approach how highly regarded they are in the other aspects. 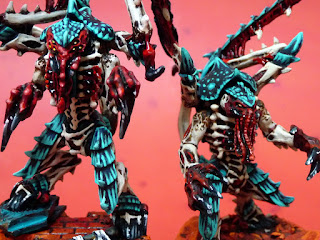 To this end why should we be made to feel bad at taking arguably the coolest bioform in our arsenal? 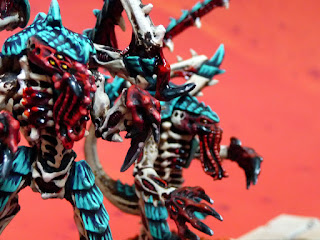 So I have two completed, I can always proxy in my Broodlords to make a Forest Brood or Warriors to make Deathleaper's Assassins. I've another one hiding in the detritus of my hobby paraphernalia but he will reveal himself eventually. 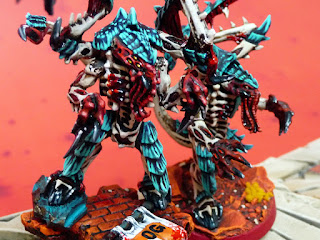 I've still to secure the remaining three to complete the datasheet options but there's no hurry with available proxy alternatives. 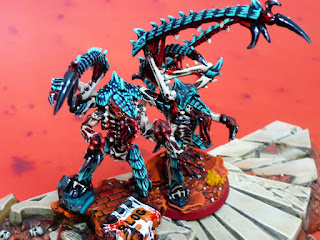 If I was using them at Blog Wars limited proxies are allowed and should we be looking to go to Throne of Skulls anytime soon I'll create my army list around models that I have. 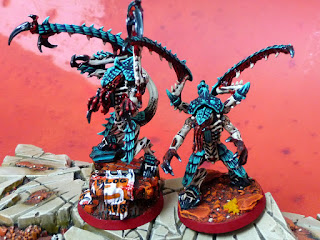 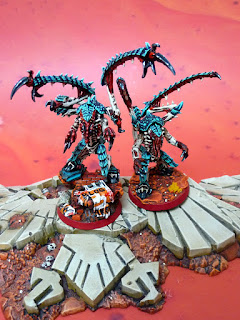 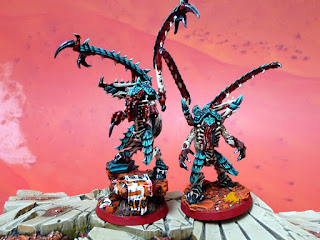 I still think the standard Lictor head looks a lot better than Deathleaper. His tentacled maw came out really well and the single pair of eyes manage to be far more menacing. 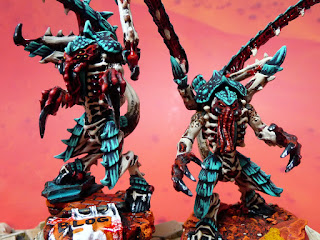 I'm quite surprised how little variance there is between these two models. They're nearly 12 months apart but it doesn't really show. I think I've finally reached a point that the colour scheme is uniform and repeatable. 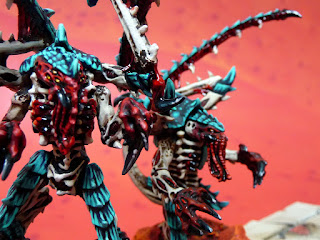 There are still those early Termagants that look different from the current scheme but I can live with that, it all adds to the fluff of Hive Fleet Gorgon. 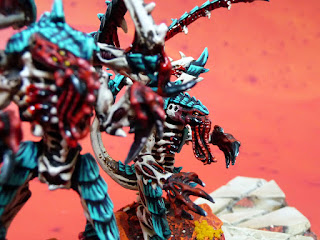 I'm really looking forward to playing around more with the weathering powders. 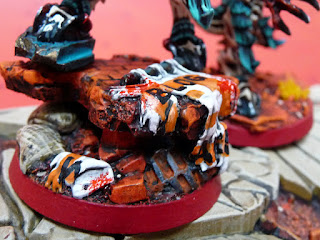 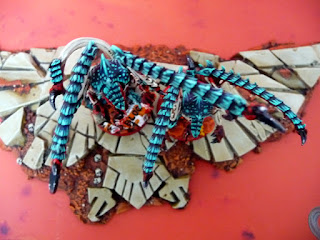 Close ups of the spotty carapace. 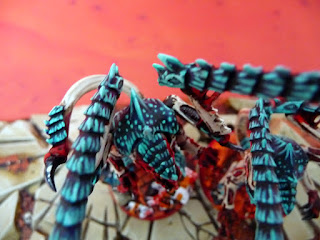 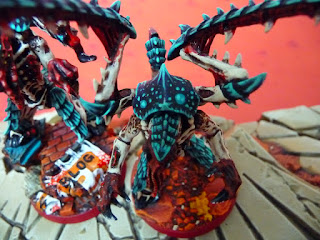 I've only got the cultists and objective markers on my list of nids to potter on with alongside the primary focus of the Dark Angels. However, I am planning on doing all the bases for the Genestealers and third Carnifex. I'm not painting them I'm just getting stuff  done ahead of when I've got opportunity to crack on with them.
Posted by 40kaddict at 12:12