I have been interested in having a caestus Assault Ram for a long time. Ever since I read about a list using one on the Dark Fortress and this was before flyer rules. At the time is was just a super-fast Land Raider equivalent so what was not to like? Now I believe it's even more durable, thanks to the flyer rules, but more importantly there doesn't seem to be anything in this model that I couldn't recreate with the scratchbuilding skills I already have. It actually looks so straightforward I can't bring myself to even contemplate buying the official model. The fact is the inital FW model was made in exactly the same fashion [I'm glad I downloaded this pic before the GW site got overhauled and lost forever]. 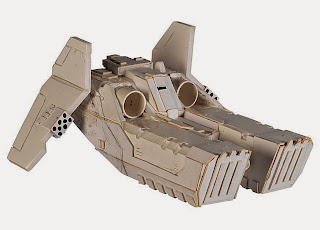 In fact these were some of the alternative designs, hmm, that one back right isn't familiar at all *cough* Space Wolf Stormwolf *cough* 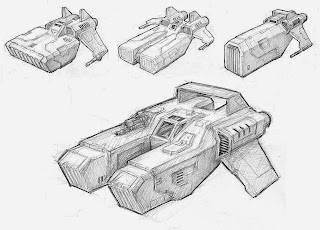 And there were plenty of examples on line too like this: 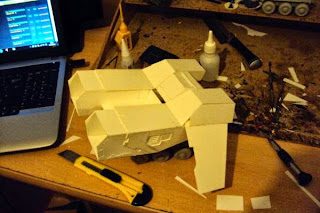 And even my own mate Liam made a couple as can be seen here, amongst other scratchbuilds ;) : 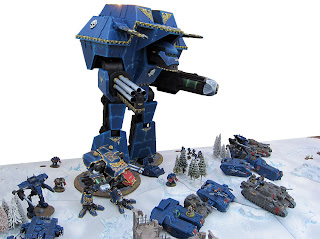 Anyway, a recent post on G+ by Alun Heseltine has shown him undertaking this enterprise and I realised it's something I could actually take on. So without too much thought I printed out the paper templates, spray mounted them to 3mm foamboard and had a crack at it. 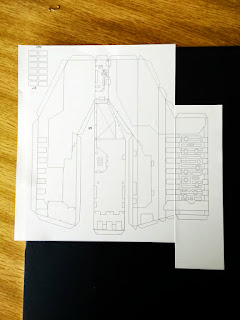 I soon realised that it wasn't as easy as I first thought, or in actual fact I shouldn't follow the templates too slavishly. Its weird to suddenly be on the other side of a template, trying to get your head round what the creator intended and as Alun has discovered this particular template isn't always correct and requires a certain improvisation to achieve. 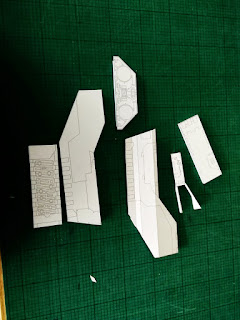 I tried a lot of internal rebates and slices to allow me to create the correct profiel, which was in fact wronfly interpreted by me. 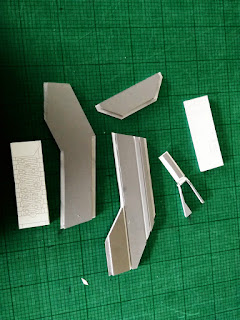 But saying that the results don't look too bad out of the gate. 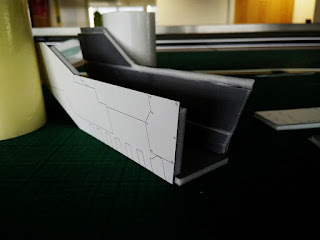 As you can see the internal slicing allows me to create the side profile but this isn't the correct provile and with hindsight I realised this would be a nightmare to hold in position while it's glued. 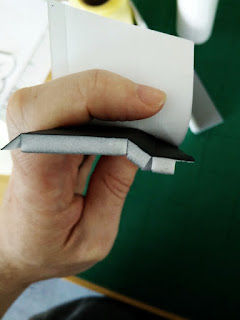 With that in mind I went back to Alun's pics and saw that he used the foam and cut into it, with the board providing the structure. He also is cladding his in plasticard, with the foam only being the simplest skeleton to build upon. 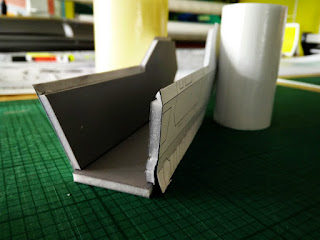 So I find myself in the position that I may restart this project, Alun discovered the nacelles are a little short, by about 2cm so I may take another look and tweak them myself. I need to stop being a slave to the template, and take ownership for my needs. Regardless, this is a truly long term project that I will fit in and around everything else. Don't expect updates often but it could very well be an interesting project.