What GW should do - "Think Different"

In case you didn't know I've bought Citadel Miniatures and GW products since the late 80's. I also have a blog, it's quite cool you can view it here. Those two facts alone qualify me to make 'suggestions' to Games Workshop and their subsidiaries in how they can grow their company/improve their products. So, free of charge I will be sharing some of my sage business advice to them and just you wait as 'we're bound to see them take forward my ideas with gusto. Of note though is that I started this article way back when and may have begun to disagree with myself along the way but I'm loathe to delete it, especially when I've nothing hobbywise worth sharing at the moment thus you must endure my ramblings.

By all accounts GW believes it's hit upon the most successful formula for their stores - the one staffer run shop. They seem to think it offers the best returns for their investment and I can see why but I think they need to look at a retailer with massive success, a similar fanatical customer base and similar 'drop-in' sensibility to their stores - Apple no less. Of course their markets are wildly different but in some respects Apple has made the stores greater than their wares. 100s of people go in, not necessarily to buy but just to be in store. GW has less 'footfall' but with the added dimension of getting people inside to participate in hobby aspects for potentially longer periods of time.


However, as you can see this: 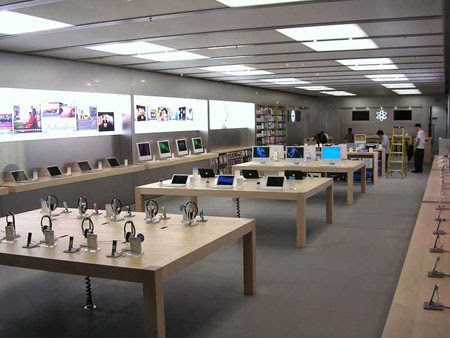 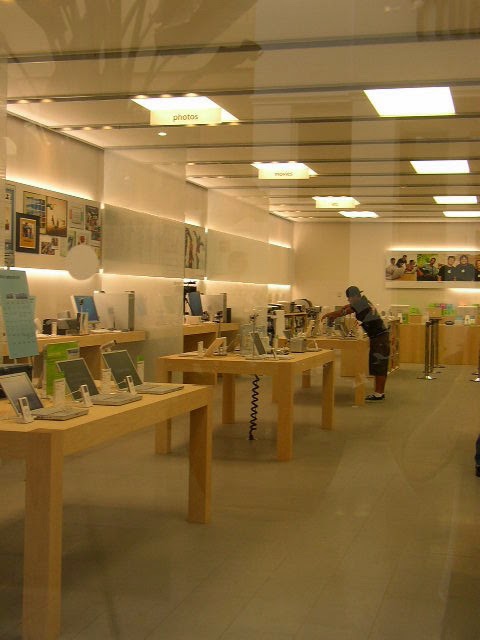 Seems a very different prospect to this: 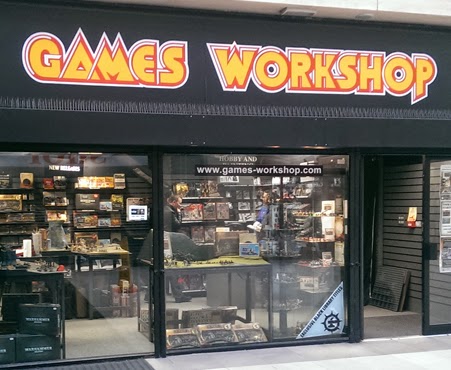 Obviously Apple has a lot less stock to sell and as filled as the GW store looks back in the 80s/90s this would have been practically empty of stock given the rack upon rack of blister packs. But surely there is something they can do to try and lift the look and feel? A quick look around google images shows a variety to their stores, with some having faux castle battlements but the predominant motif seems to be black. Now black is cool, all the kids will tell you and maybe black is the perfect colour for GW and it fits their logo better than anything else but there's an oppressive and dated feel to it [maybe even that iconic logo too for that matter] that I think could be improved. But it may be ideal for their 12-25 male target audience.

However, recent changes to their books have shown a shift to white in places to make some of the artwork standout and it's not like Star Wars Stormtroopers or White Scars for that matter get a raw deal for not being black.

Maybe it's the lack of space, but square footage comes at a premium and despite the healthy returns on a Finecast I can't see GW investing in bigger premises with one guy overseeing quite the way Apple does. However, this image by Dave Jessup from the G+ TableTop Fan Community shows that you CAN make a game store look not entirely unlike an Apple Store. This looks quite stylish, quite cool, a place I'd not only happily hang out in but be intrigued to go into. 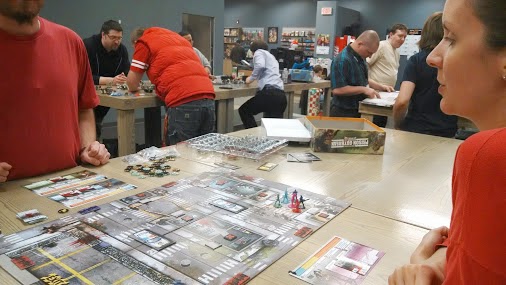 One other issue is the Disney Store greeting that you get from the staff. Don't get me wrong, I like having a chat with the store managers but I think that "how can I help you today?" or "so, what brings you here?" faux American service industry needs to reassert it's own British identity that can engage with customers but not be immediately in your face with fake sincerity. 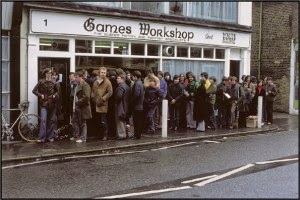 They need to create a more enticing atmosphere that will draw curious and nerdy onlookers inside. Maybe they even need to look again at their food/bevarage policy and have their own coffee facilities on site. Lets face it another couple of quid here and there from someone who may spend the day just painting in a corner and nipping out for their drinks is a couple of quid in GW's pocket that they didn't have. And it's not like they couldn't market that either! 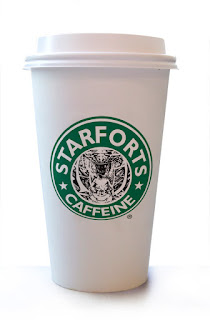 Like I say, some random thoughts there, some contradictory but I think they perhaps need to look at  other retailers. They do sell a unique product and it has been noted that even with economic problems there have been times where GW has bucked the trend but equally there are some indications that sales are down. By looking at other shops, and with Apple they didn't even have any stores 13 years ago and now they're almost ubiquitous in major cities, they can see if there's anything new they can do. This isn't a 'we've always done it this way' moment, they need to reinvigorate the brand, stores and potentially diversify to build the customer base.
Posted by 40kaddict at 12:12