Nagash, Supreme Lord of the Undead

What's this? No I havent lost the plot, this is still 40kaddict, I haven't gone all fantasy about the big hatted bonehead model that just came out. What has happened is that in all the upheaval with the loft conversion a relic copy of White Dwarf [WD173], that had been in my bedroom for months that I repeatedly overlooked, suddenly became very relevant. This particular issue was the release of the new Undead and has all sort of decriptions of the key characters and locales. So I decided it would make a nice micro-blog as I really have no other content at the moment. So I give you the early art for Nagash 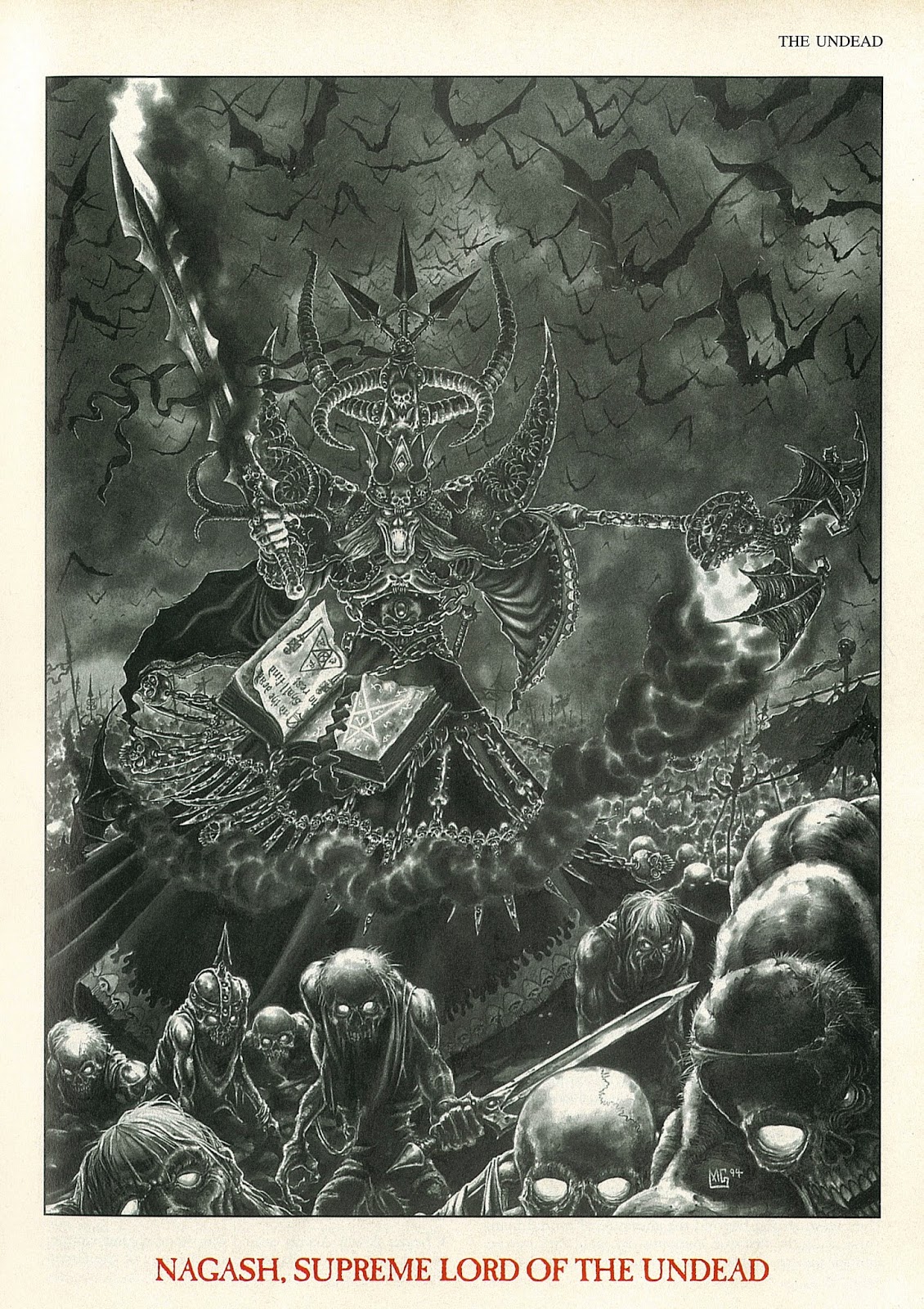 And also a short story. I'm not sure if this content will still exist within the current issue, I doubt the artwork will considering the new modle is so wildly different [but still with a big hat]. So it should be interesting to those who play fantasy and were blissfully unaware of these humble origins. Although it should interest us Grey Beards too with a whimsical look back 20 years ago. 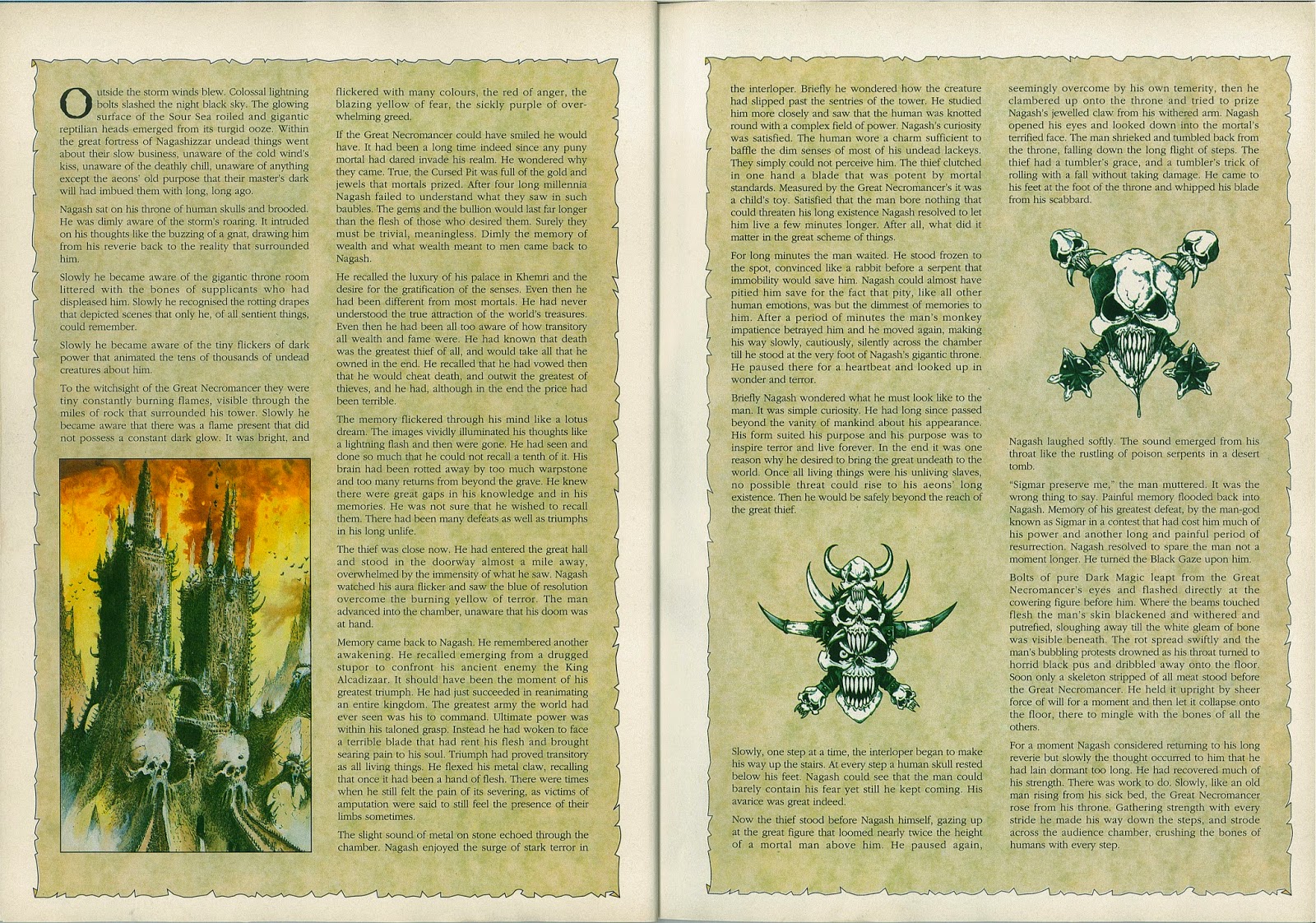 There'll be a couple of other elements I'll share from this issue later that should be of mild interest to you all, at least, I think they will be. Till then i hope this is 'alwight'! 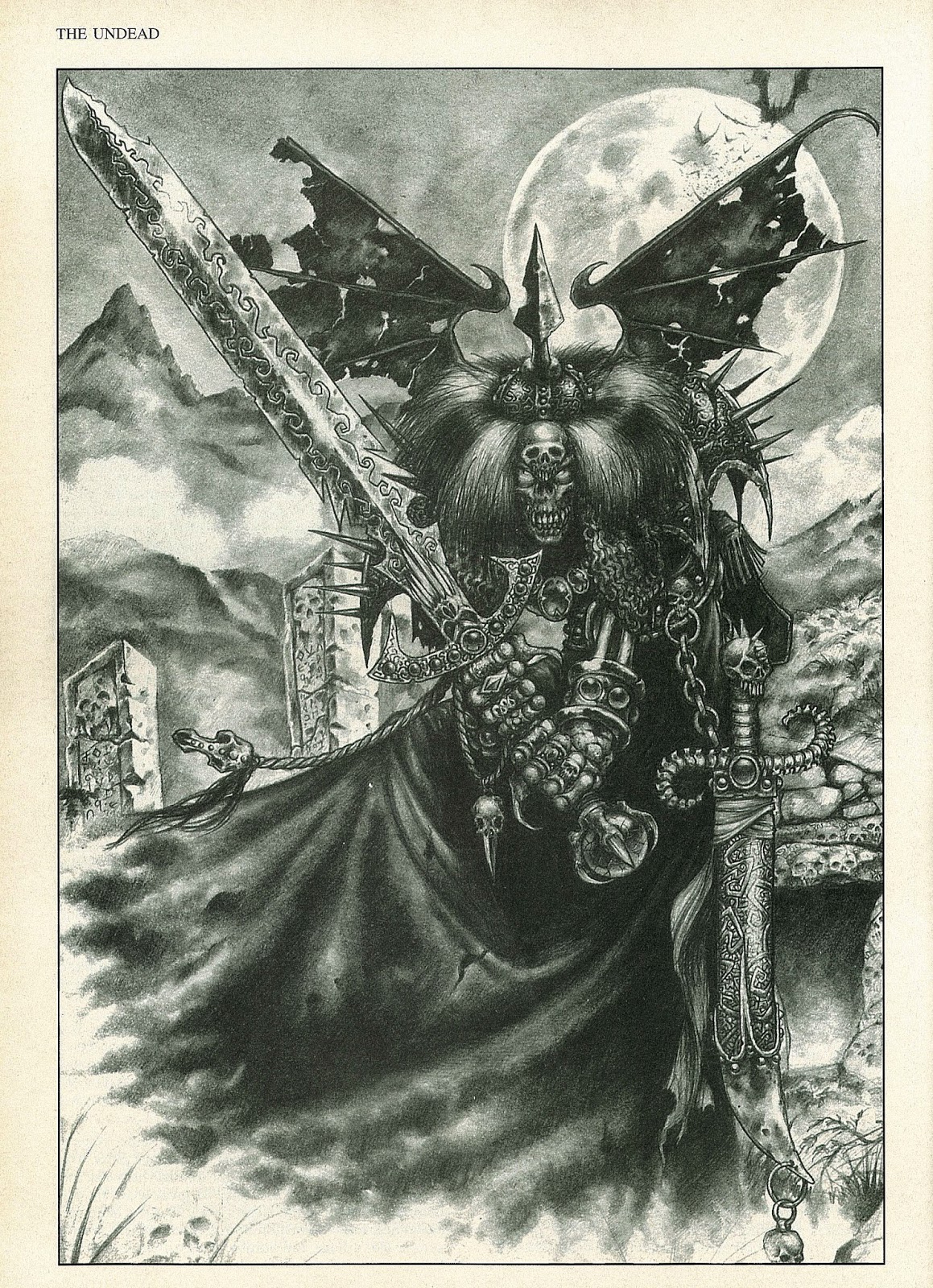