Terrain is everything - Project Ω - Realm of Battle board.

And now you can see why there were no teaser pictures for this project. There's no picture I could take that wouldn't reveal what this was. Anyway, I was really lucky because I'd been planning to pick one up for a while and then one appeared on eBay, collection only but in Manchester. Working there and with a colleague who was prepared to pick it up gave me options. In the end the seller brought it in on the train as I work right next to the station.

Now I do regret the fact I didn't make my own but Liam, Ben and Otty have the official GW boards so I felt it prudent to have something that would sync up with them. Of course winning it at auction for £70 certainly eases my conscience a bit! I'd sat on the auction, put in a bid well above that knowing full well what one costs in the real world and it ticked over onto £70 from about £68 and no one else bid, I couldn't believe it. Gotta love that adrenaline rush when you're expecting ebay snipers! 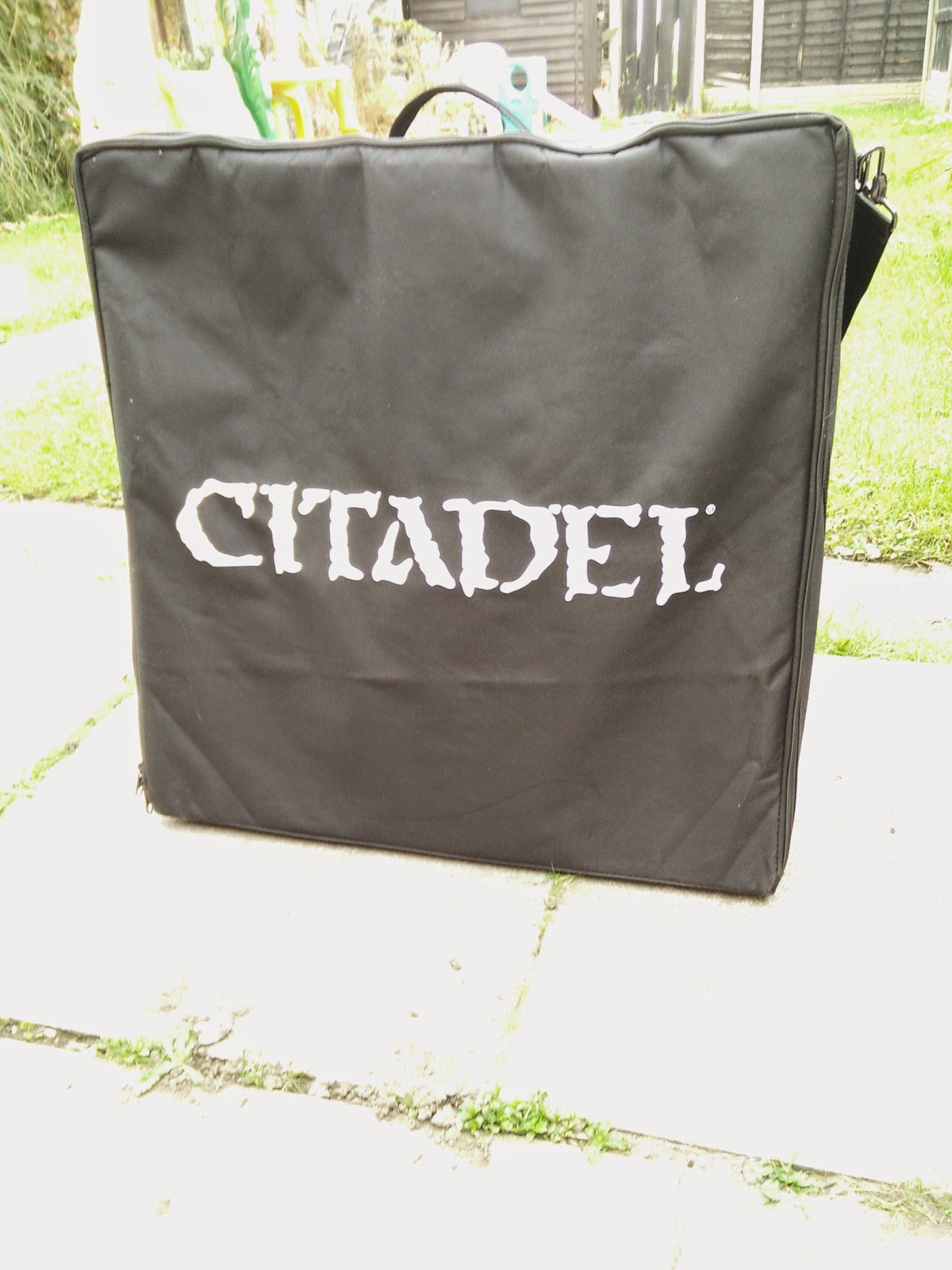 Of course the loft conversion has meant its been stored at work for the last six weeks but I finally got chance to bring it home. In that time I've thought long and hard about how I was going to paint it and one thing I wanted to do was add a little more texture to the surface so I could get a more interesting effect. I thought about adding PVA and flock like my Armies on Parade board but decided it was too rough. Eventually I decided to use PlastiKote Stone effect spray paint. I hoped this would add the texture but bond effectively before being covered in Red Oxide Primer. 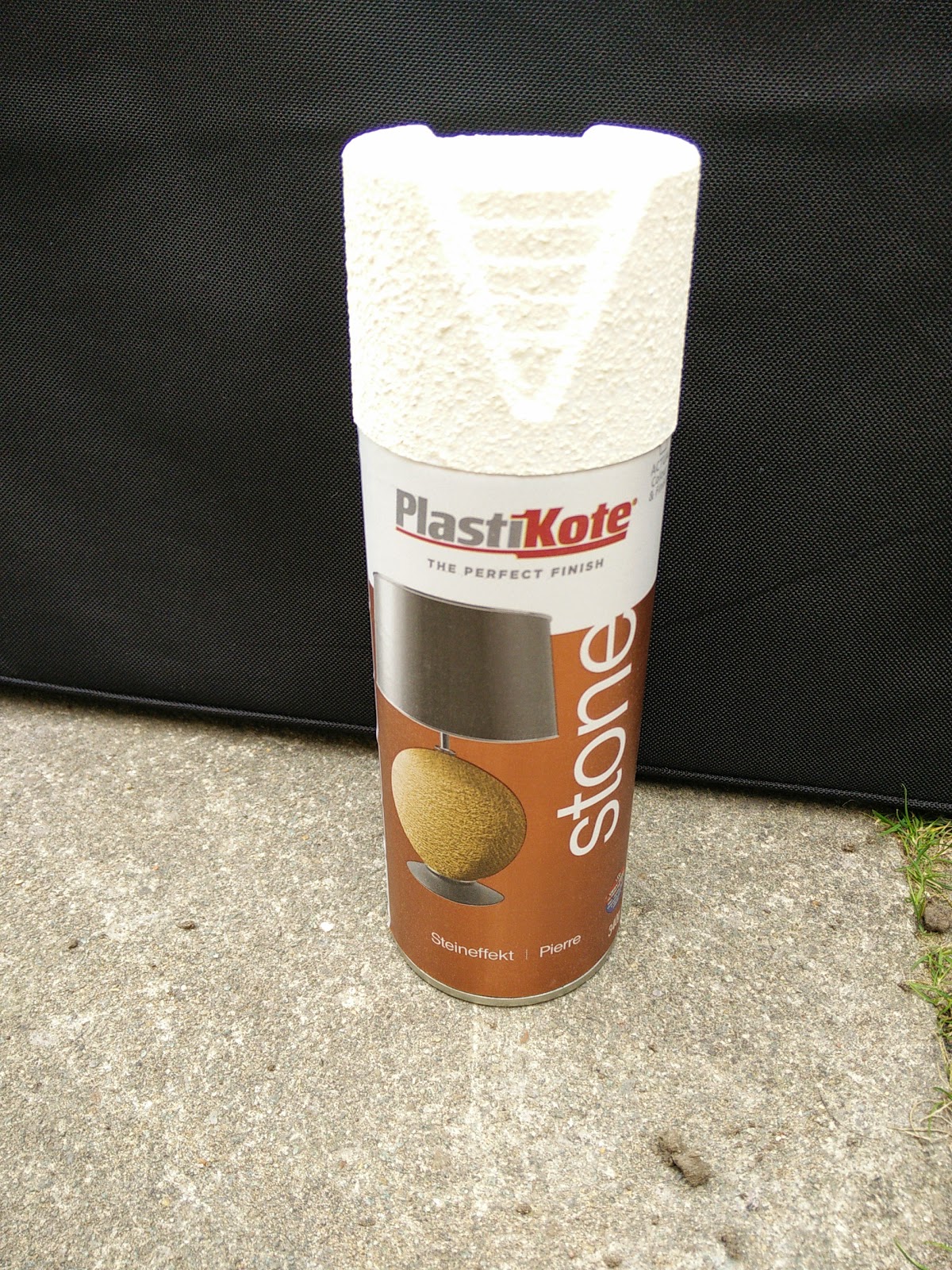 So first up was masking all the skulls. Yeah I know they're almost universally disliked but I can live with them. 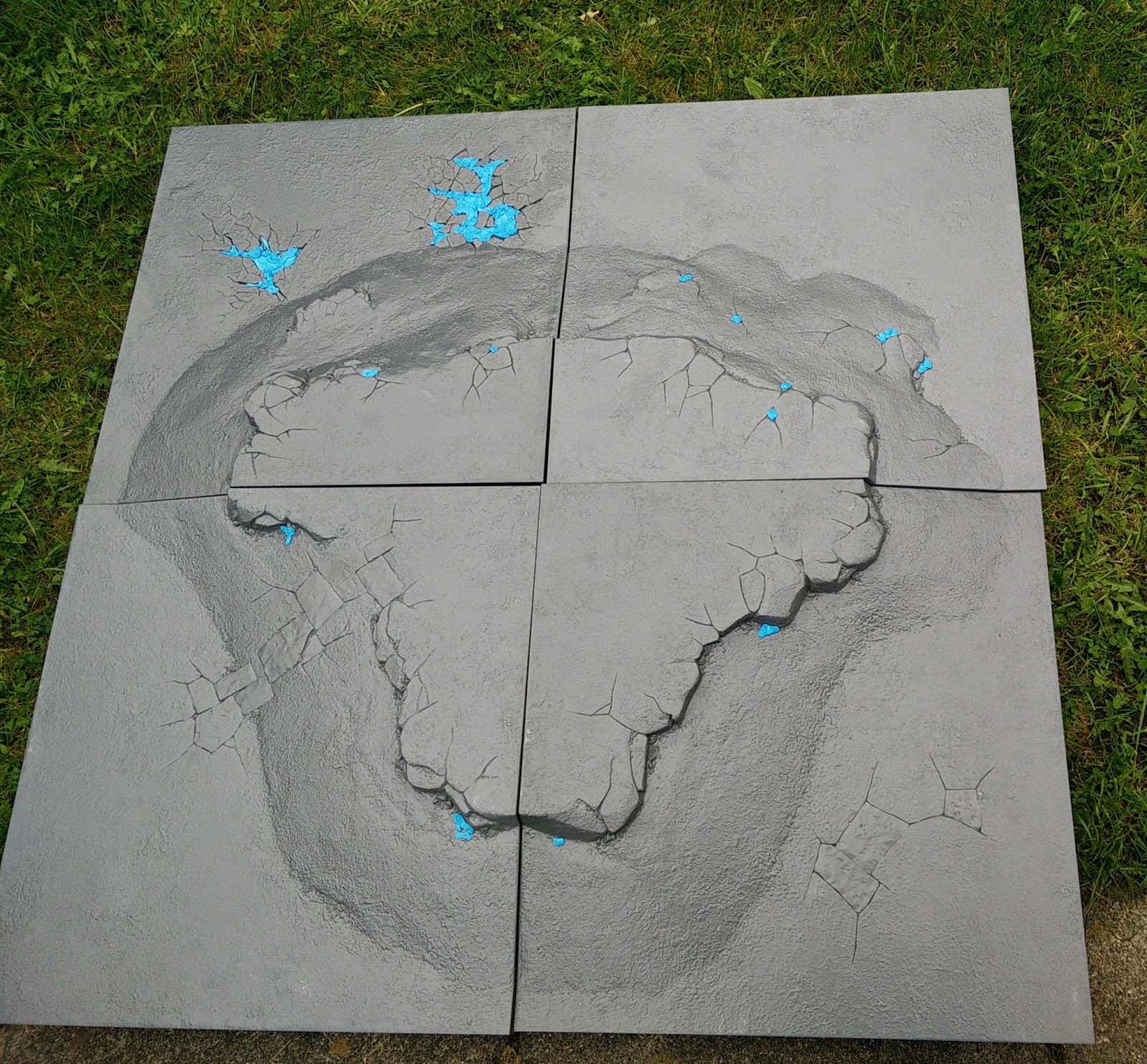 I'm considering making all the bone pits as Digestion pits. I'm worried the lime green will be a little overwhelming though, don't know whether to go with yellow ones like my original digestion pit, opinions welcome. 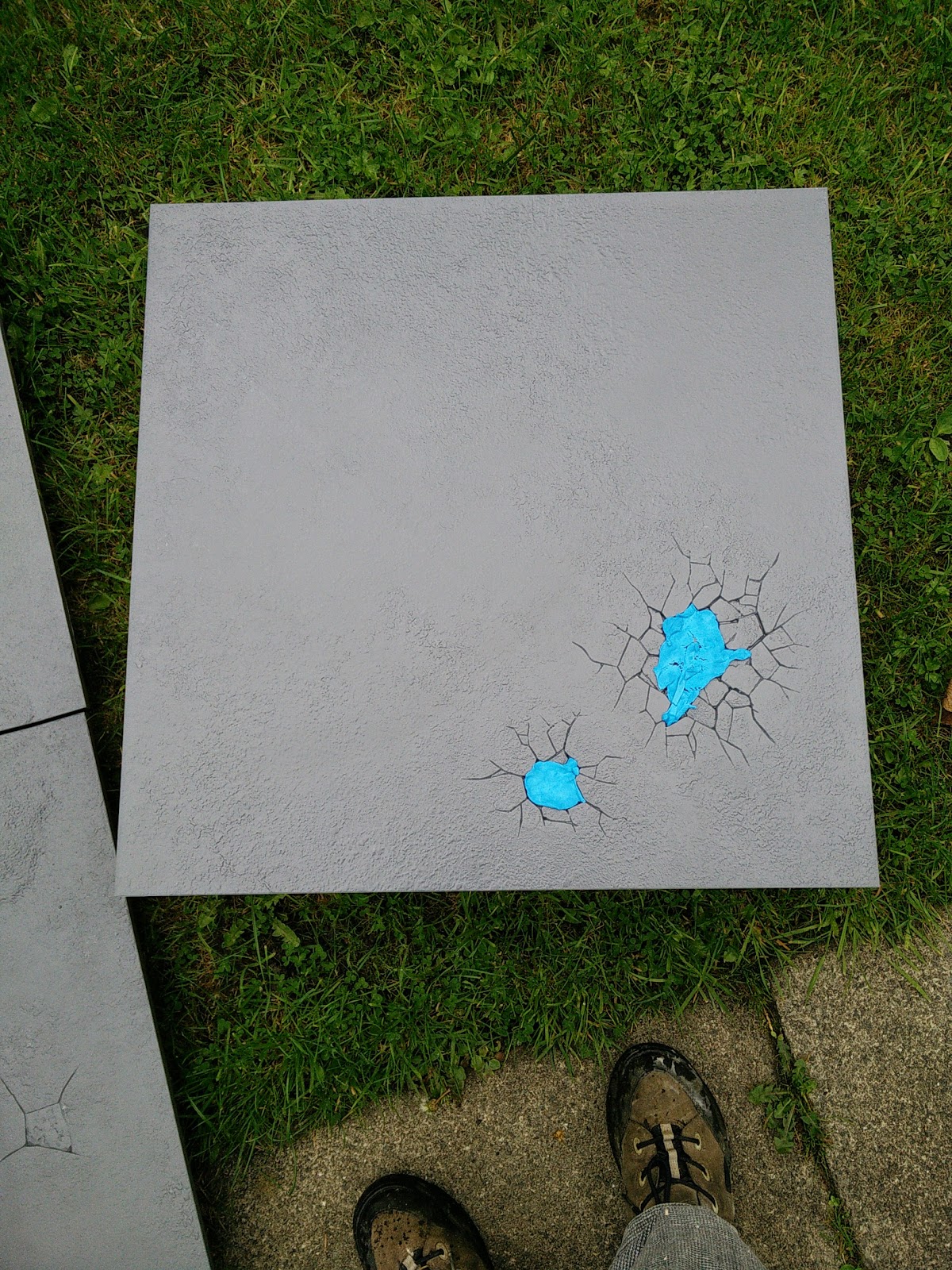 I was actually quite surprised how much texture is on the boards already but I still wasn't sure how it would drybrush for me. I've obviously seen lots of them and play on them regularly but I wanted a finer texture and I also hoped it would help mitigate all those figures that slide down the hills. 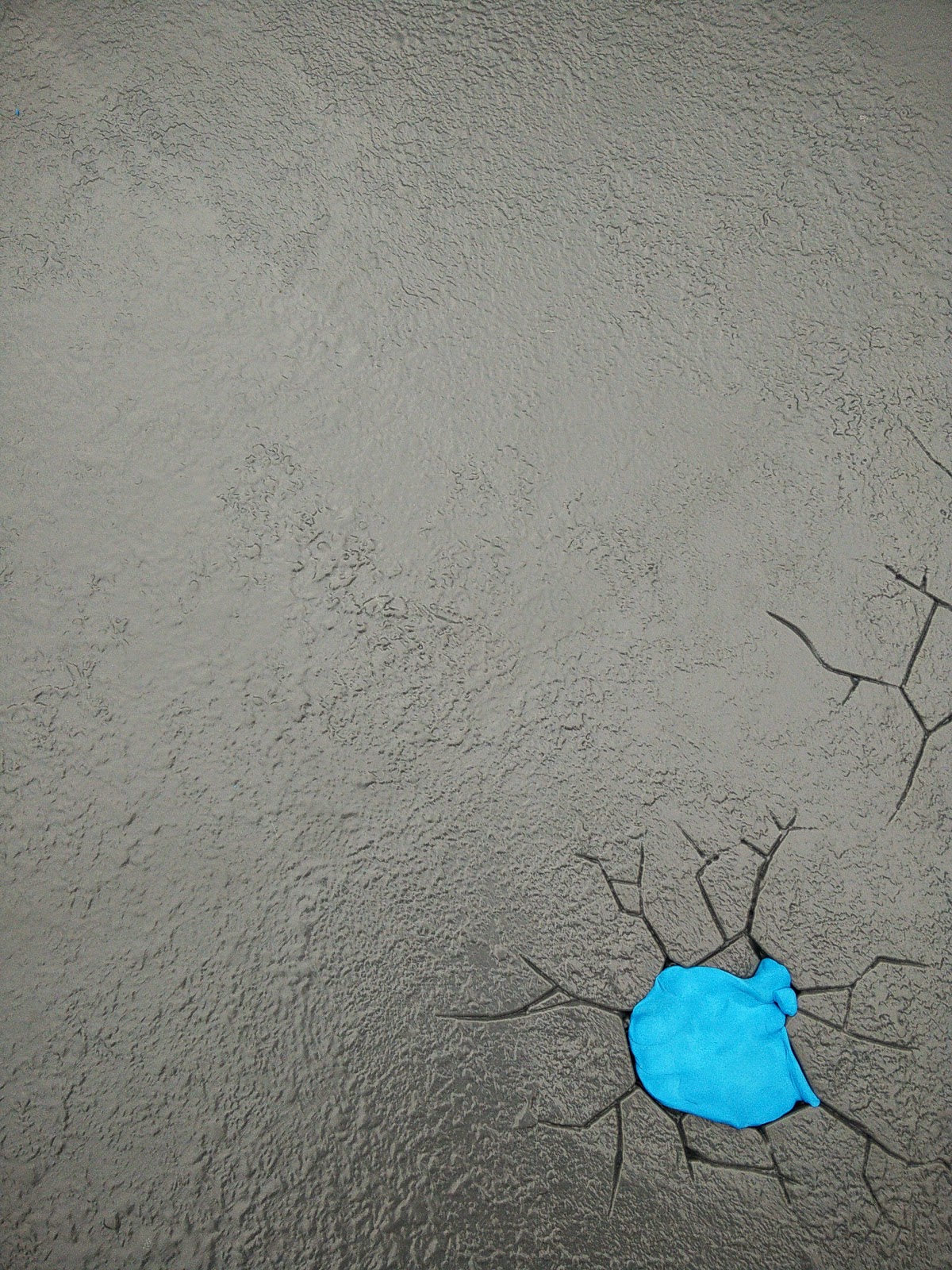 So here's the final spray. If I'm honest I'm worried the texture won't actually bond to the plastic. It may have bonded better if there was a primer on first but hindsight is always 20:20. Certainly by the end of the day it was still moist to the touch with nearly 12 hours of drying... 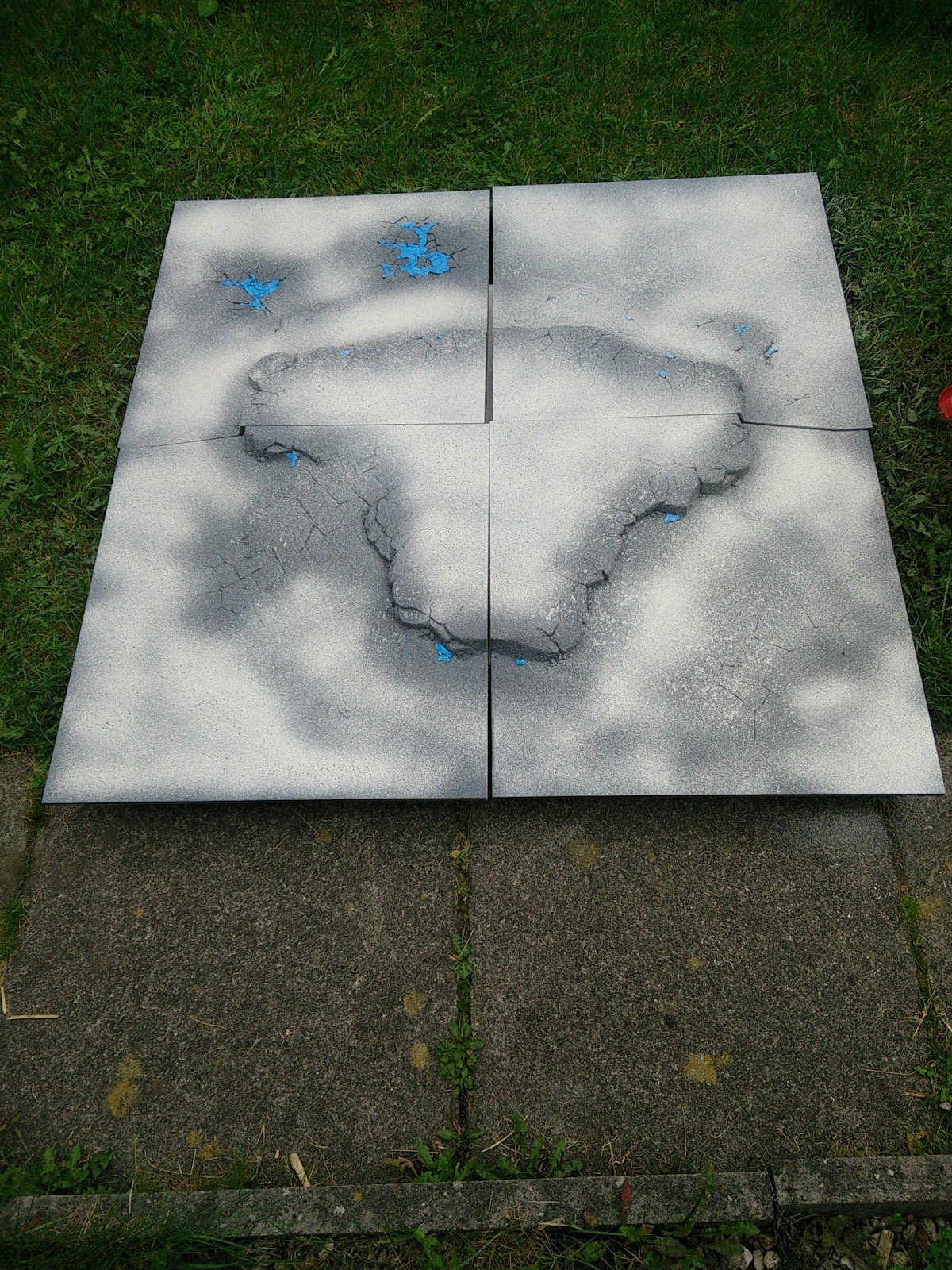 I got through the whole can and it does say thin multiple layers work better than thick ones. Well you can see the coverage isn't complete so it's certainly thin enough in some places, it's just the thicker areas I'm concerned with. 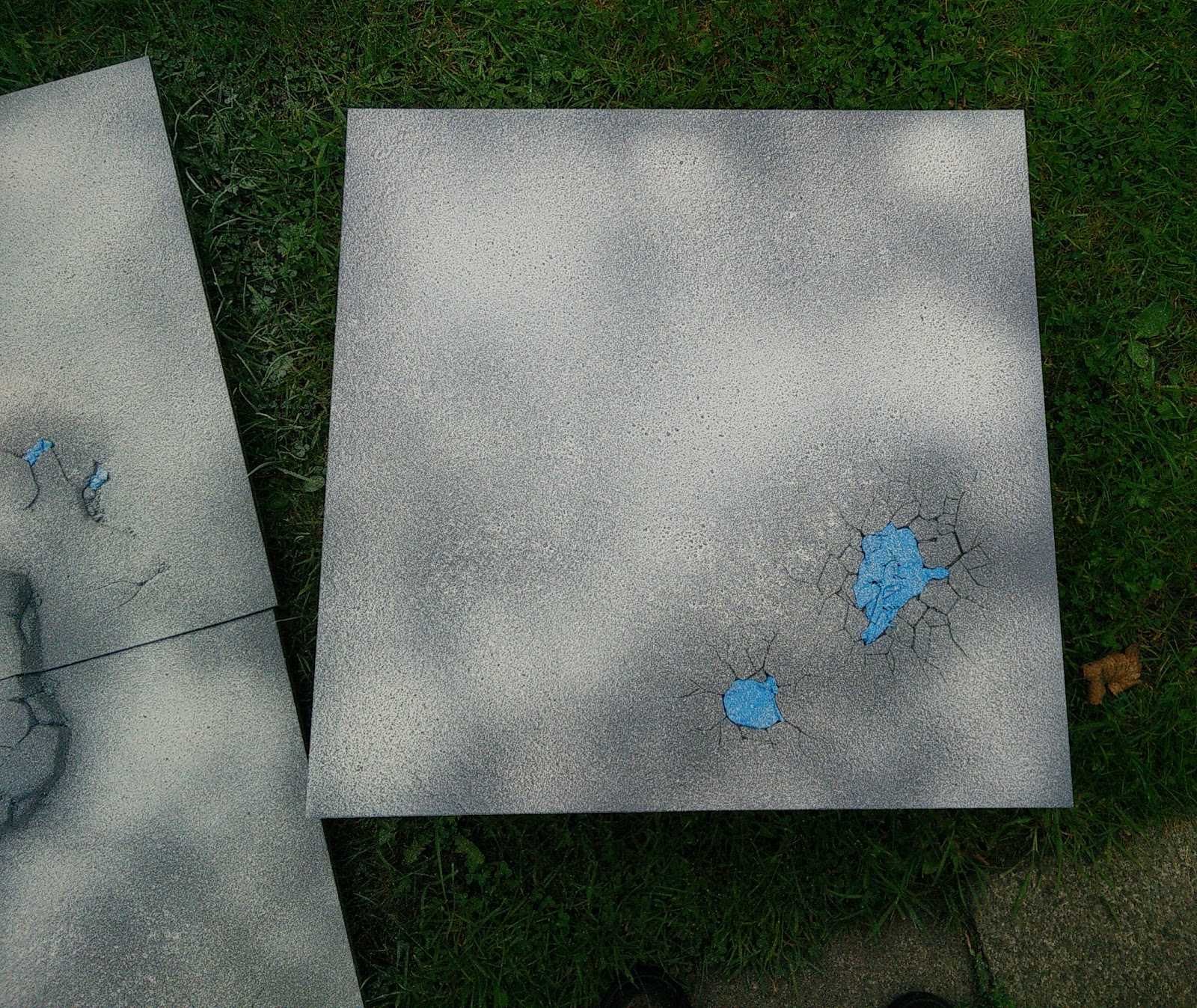 Afterwards I removed the generic sticky tack with the interesting result that whatever propellant/varnish is used to try to seal the texture to the board made the tack become ultra soft and sticky. I had bright blue tack all over my fingers, not good when I was about to start painting our new bathroom white! 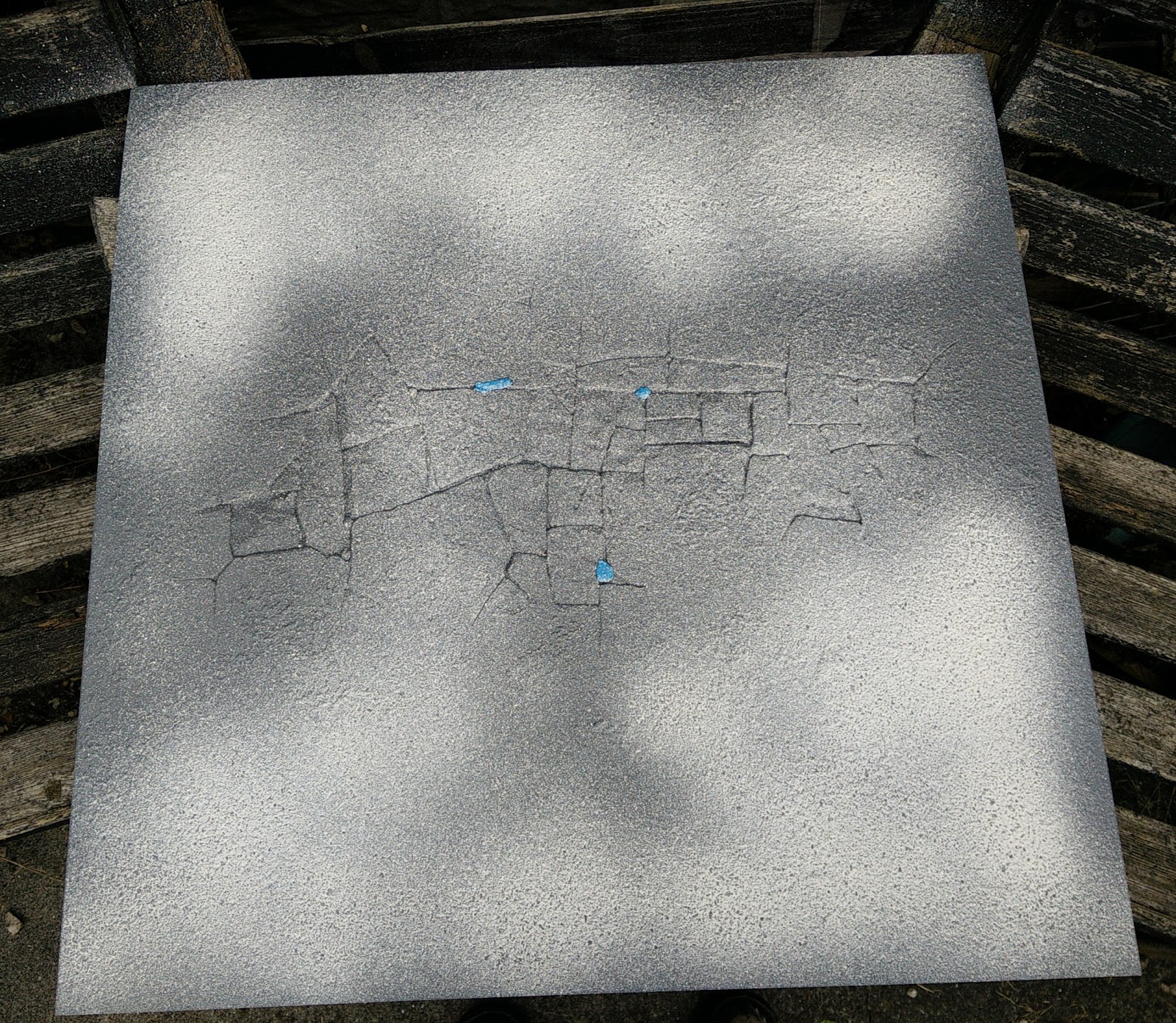 Hopefully you can make out some of the added texture, I also did a final spray from about 2 foot away which resulted in those large spots, at the top middle and left. Some nice variety I think. Havign removed the tack I then ran a cocktail stick along all the cracks just to ensure they were not disguised by the texture paint. 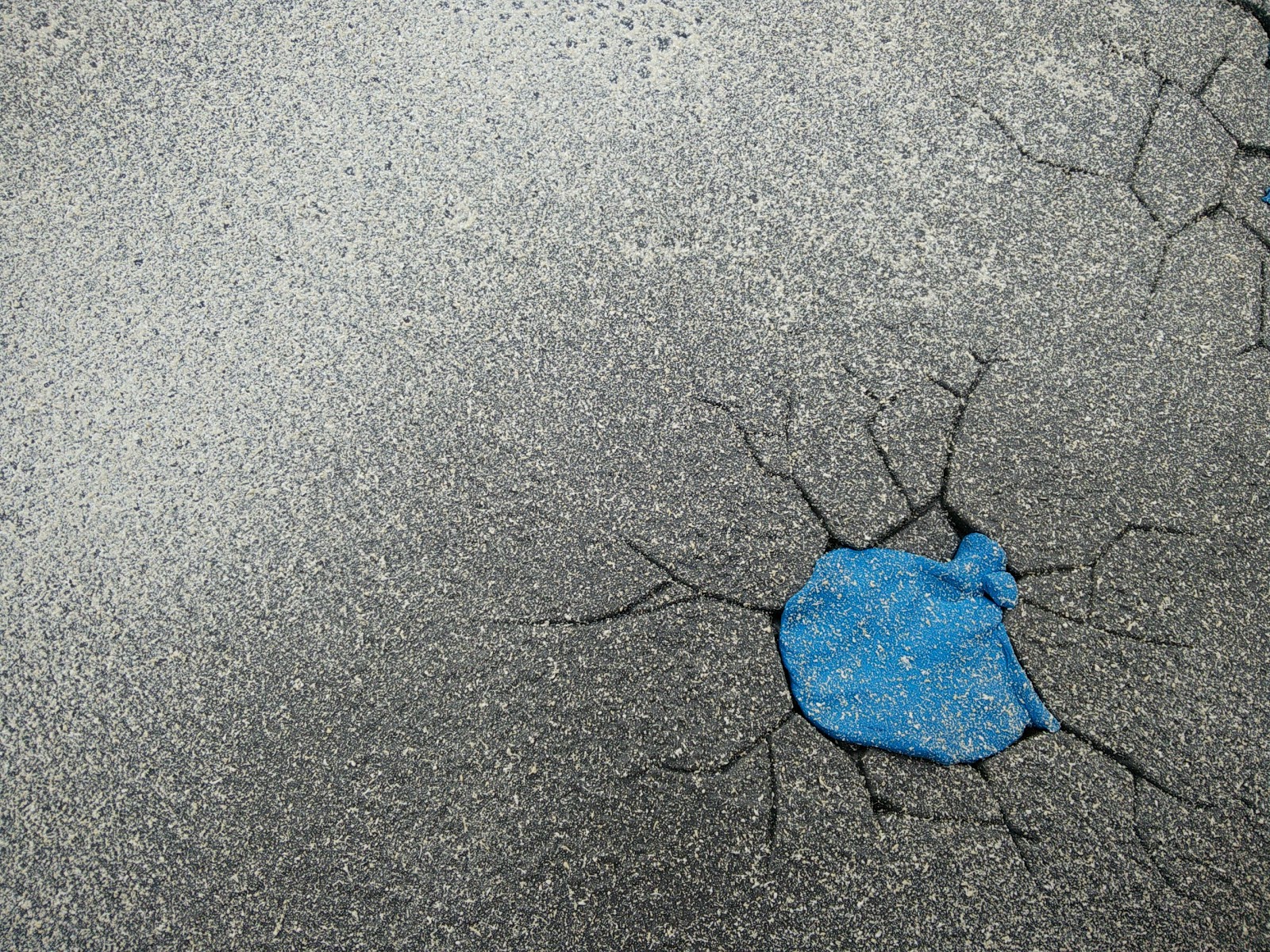 Can't wait to add the Red Oxide Primer, I've got one and a bit cans, with another on order. I'll do a light coat all over with the cans in stock and then finish it up with the new one so I don't end up with four boards in one colour and the last two in another. 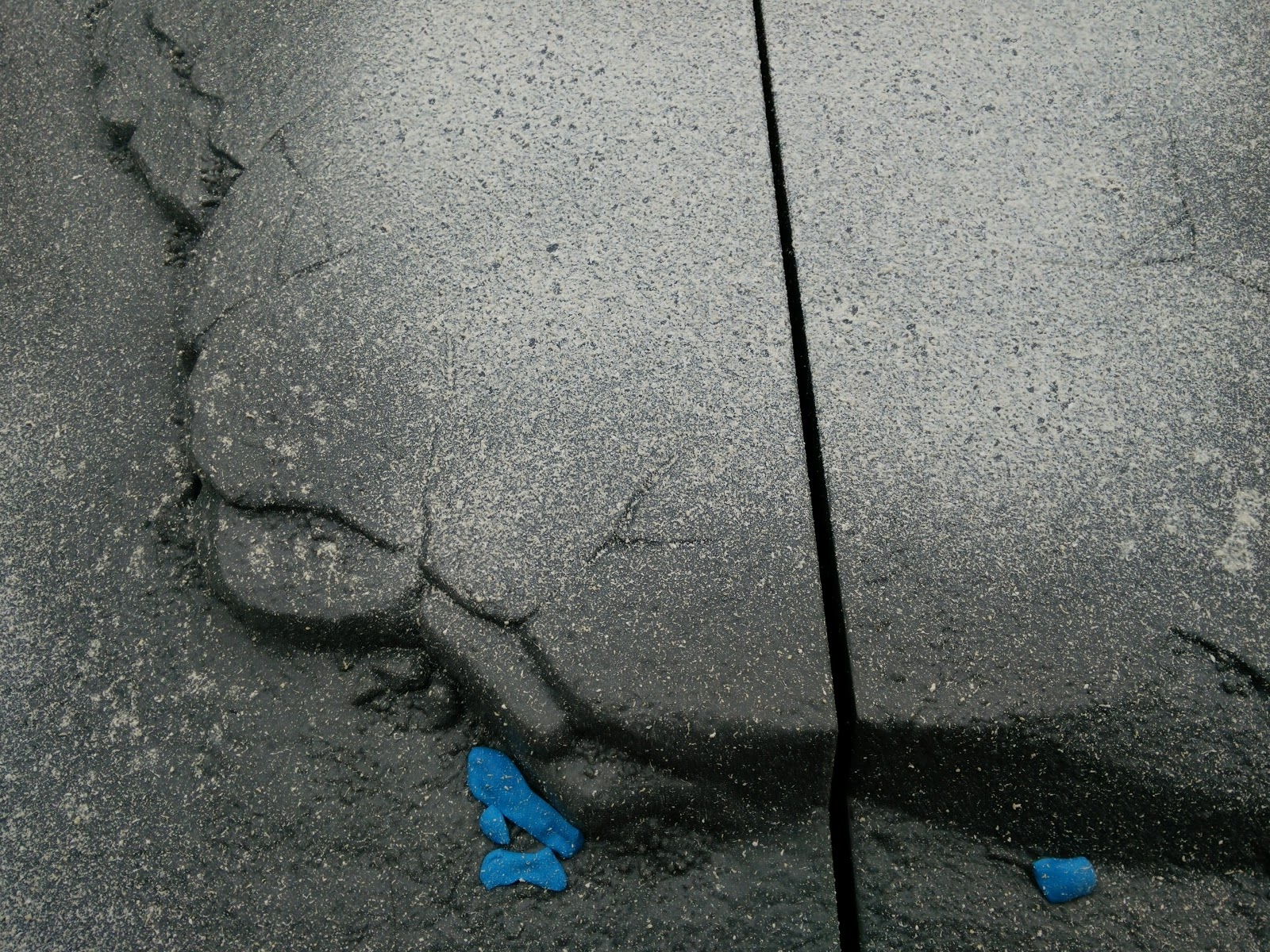 A final note is that right about the the time this was bought the new Imperial Sector Battle Board came out. Of course I was very interested in this but aside from the ridiculous low price I managed to get my Battle Board I didn't go with the City one for a number of reasons. It's not as versatile for one thing, there are only a couple of tiles and there are no variations in height. You pay a premium for the detail and although it's lighter and more compact I just think it's style over substance. If  there had have been some raised plazas or a dais, nothing they haven't already tried on the Forgeworld boards, it may have been different. There's plenty of examples in the Dawn of War video games they could have referenced and they could have found a way to have it positioned in a variety of ways just like this board. Such a missed opportunity in my book.