I don't know if this fella ever showed up in the background of any other WiP photos but in typical 40kaddict fashion when in doubt - paint a Tyranid! This Pyrovore, which I got from Otty about a year ago to use as a Biovore has been sat on the table for quite a while. Initially this was because I didn't want him on a 60mm and he's too big for a 40mm. Now I know there's 'legal' issues with putting him on the correct sized base [i.e. the one it comes with] but as far as I'm concerned this model fits a 50mm base, so that's what he went on. And really the basing issue mainly comes down to assault [although being hit by blasts is another issue...] and Biovores hardly ever get into assault. 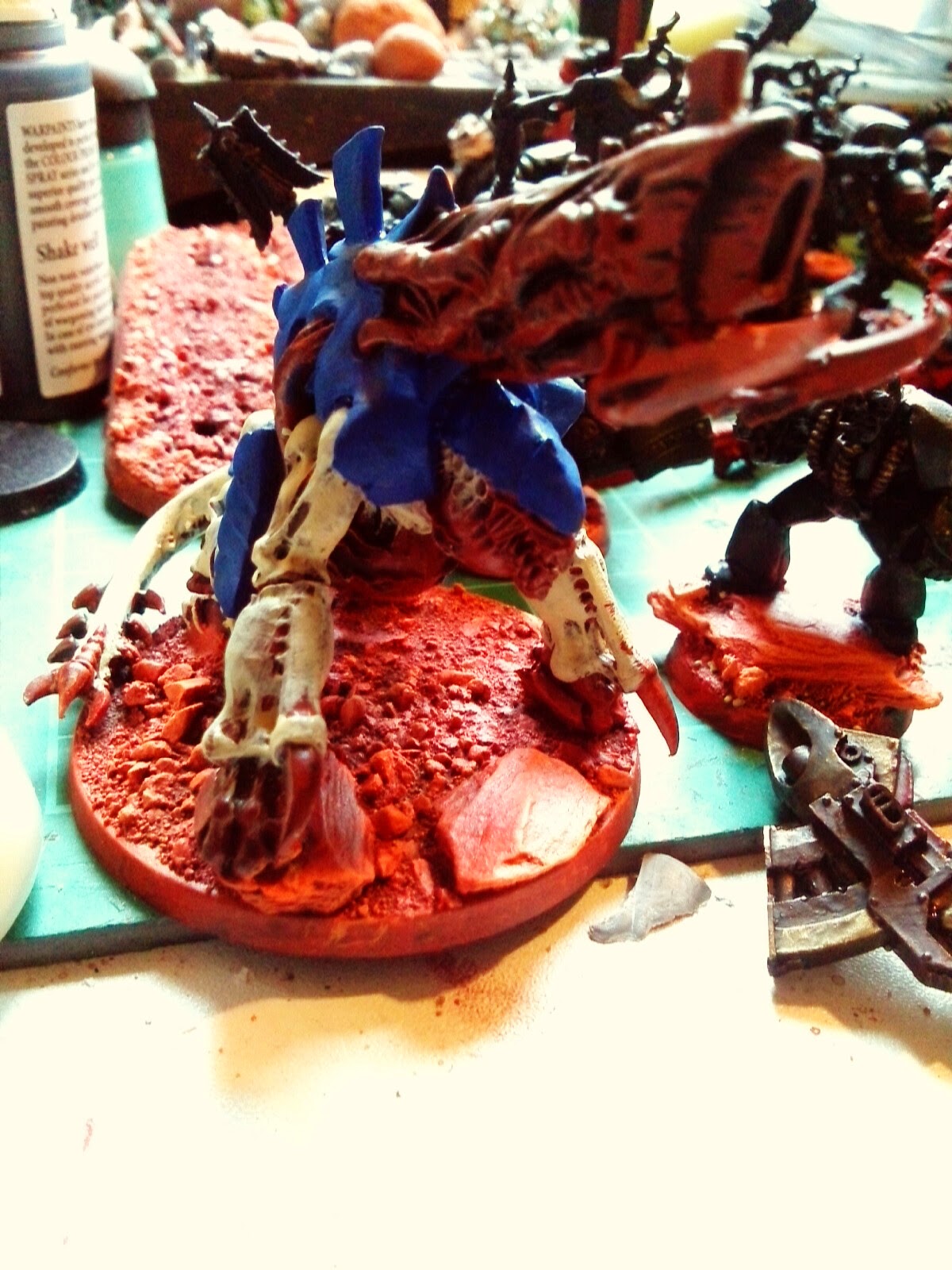 There were some issues with the super glue breaking and needing to be reposed and pinned which delayed his progress but eventually he was primed and ready to go. I'd painted the base, alongside all the Dark Vengeance marines and then in a burst of activity did the Bonewhite and Chitin [DoCraft Bahama Blue] just because.

Then I went and did all the washes and unusually did the Bonewhite highlight first. I always tend to do the Chitin first but there's nothing like messing with your process to keep things fresh. 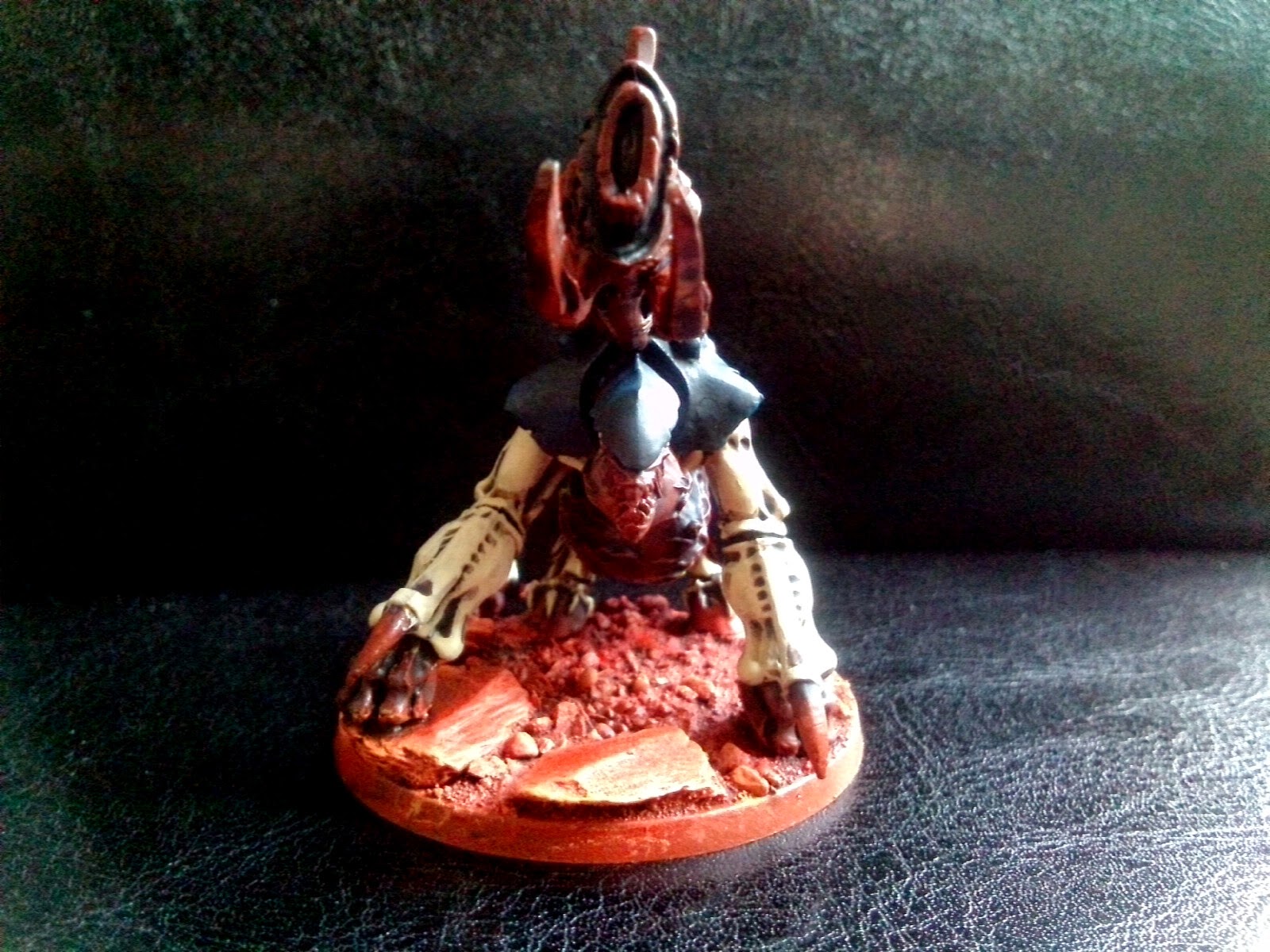 It's really weird just to do one model, quite satisfying though. I enjoyed doing the 4 Horsemen but that was 4 models and this sole one in amongst all the other Dark Angel and Parade board stuff is like an 'amuse-bouche' - cleansing my palette while I struggle with the other projects that are less straight-forward. 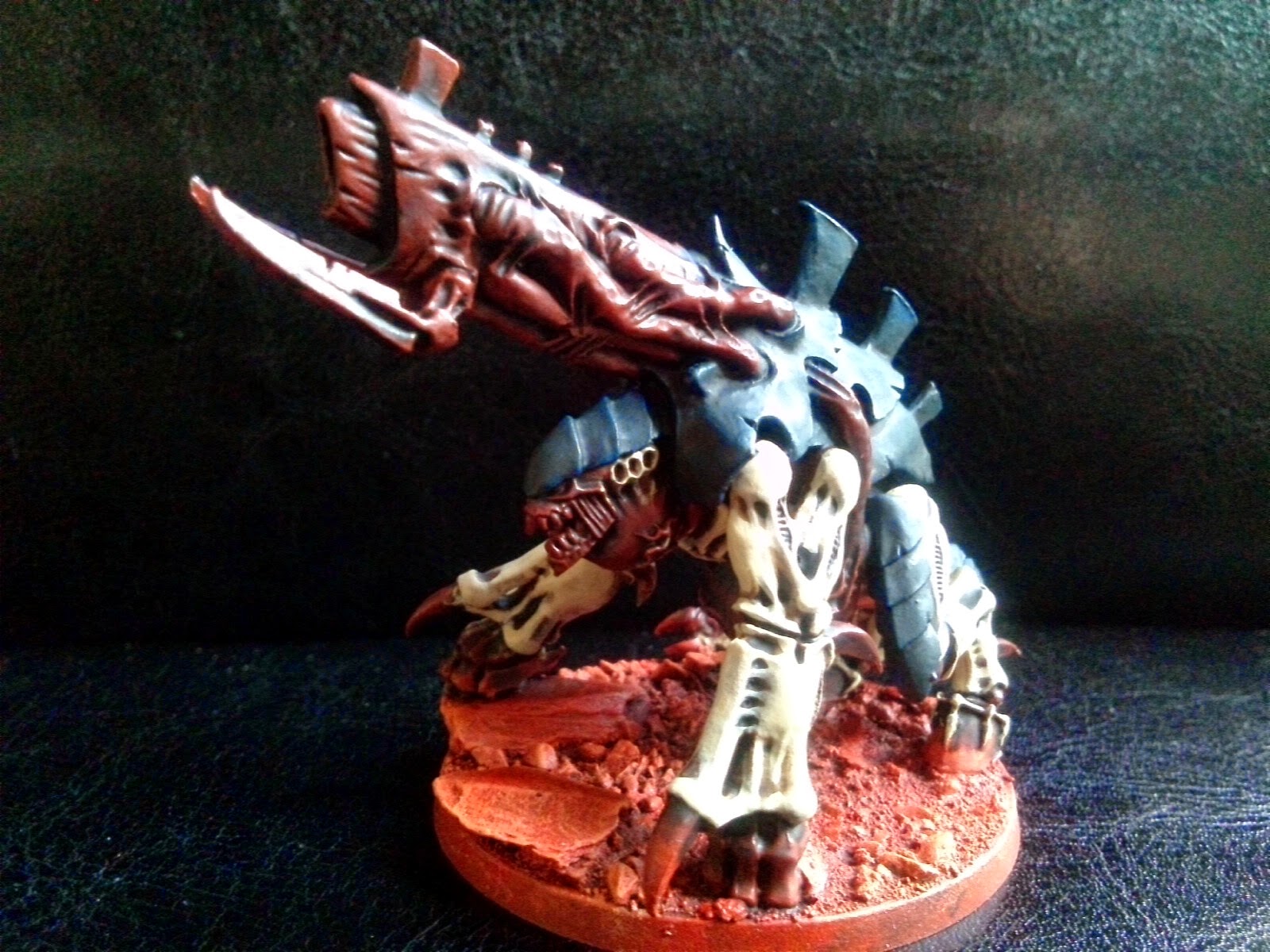 I really think this may be a way to work through the Fallen, always have a 'nid on hand, I just have to make sure I'm not spending hours on them instead of hours on the Dark Angels and a little bit of time on the 'nids to help get me through. 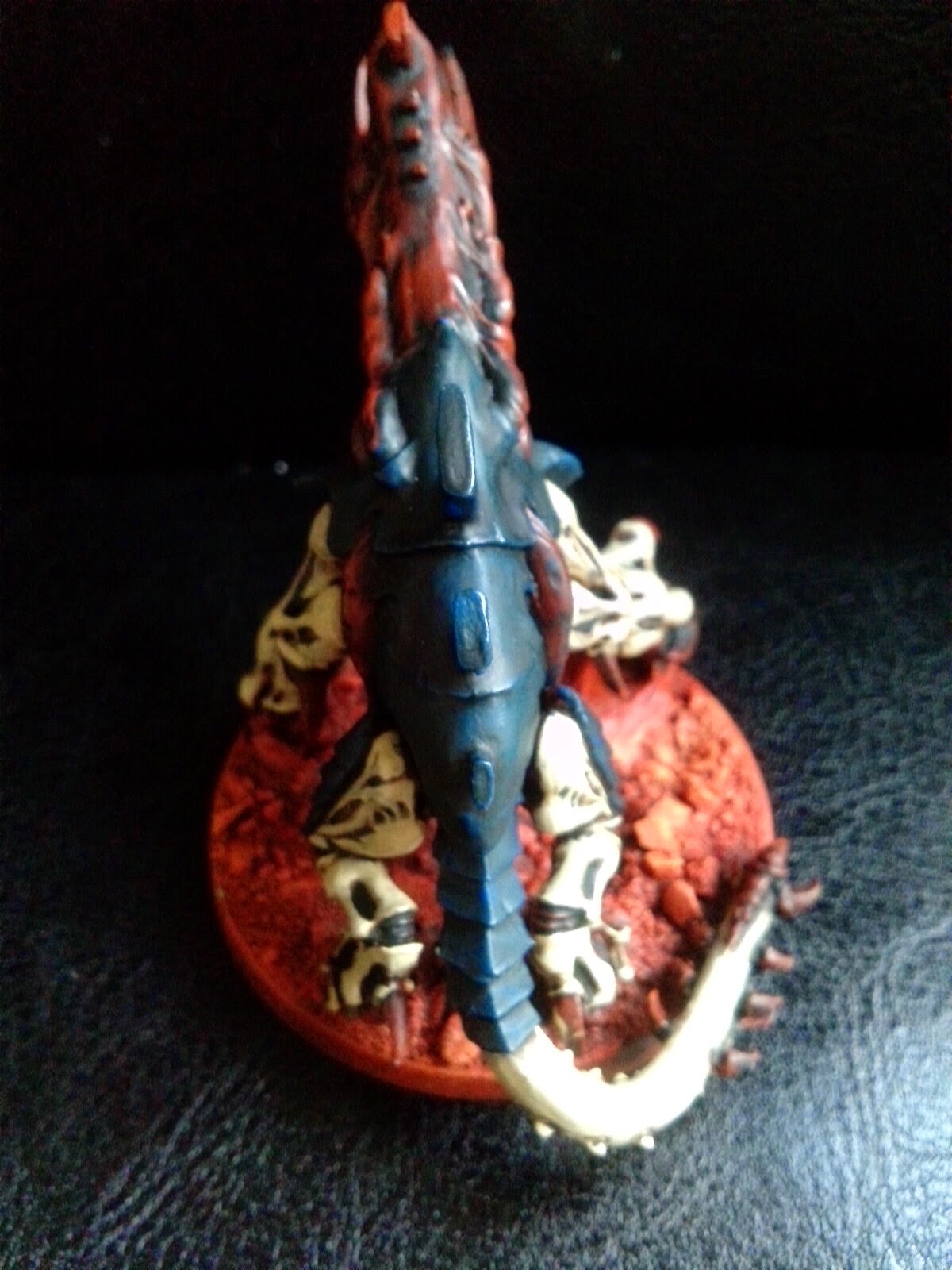 Anyway, next up more highlights, you know how this goes by now. 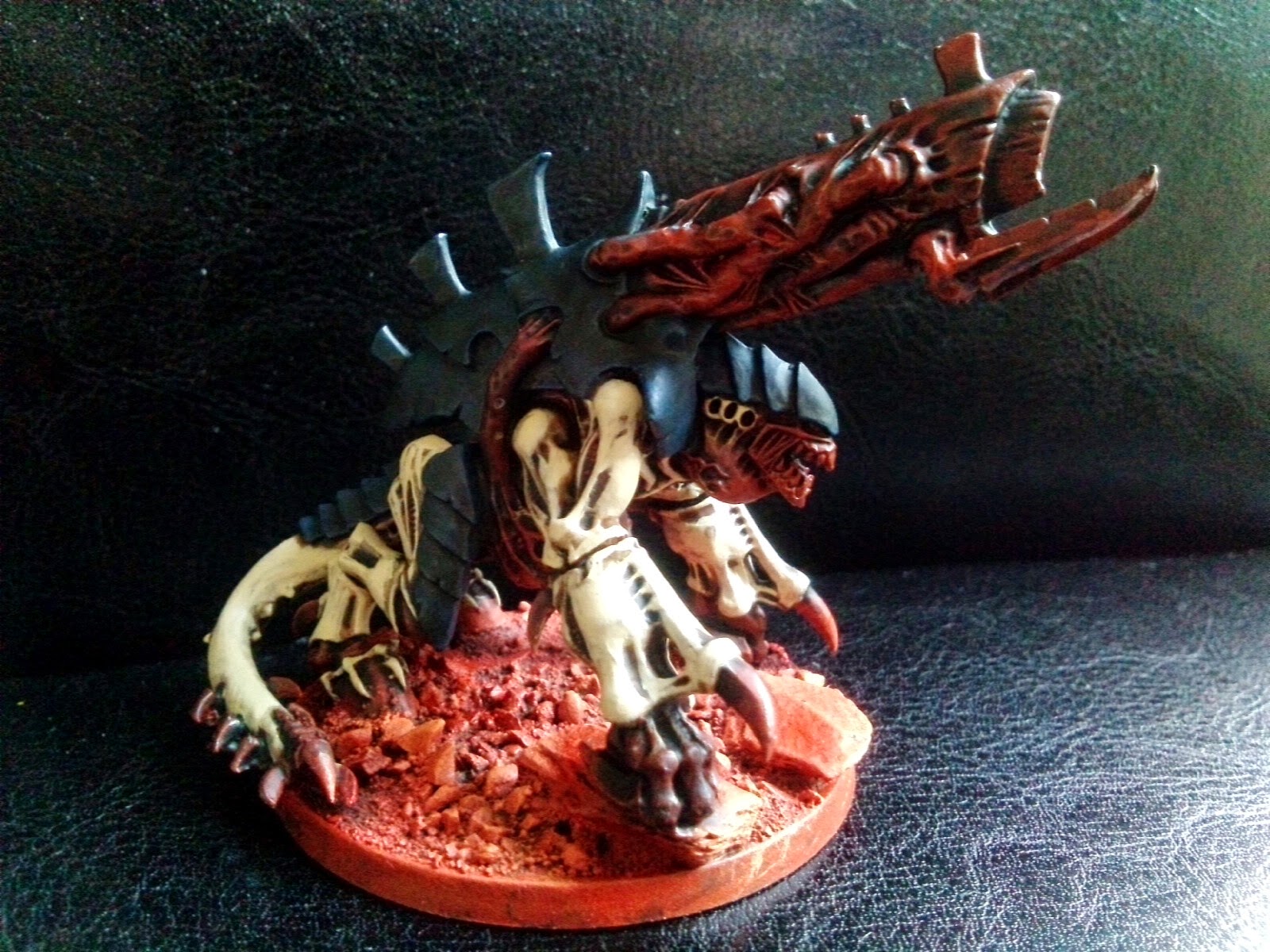 It'll be nice to finally have two 'Biovores' now. I know it's still proxying but it's much better than proxying a Warrior and this is such a decent model, even if the Codex unit is pants, can't wait to have fun with the fluff on that! 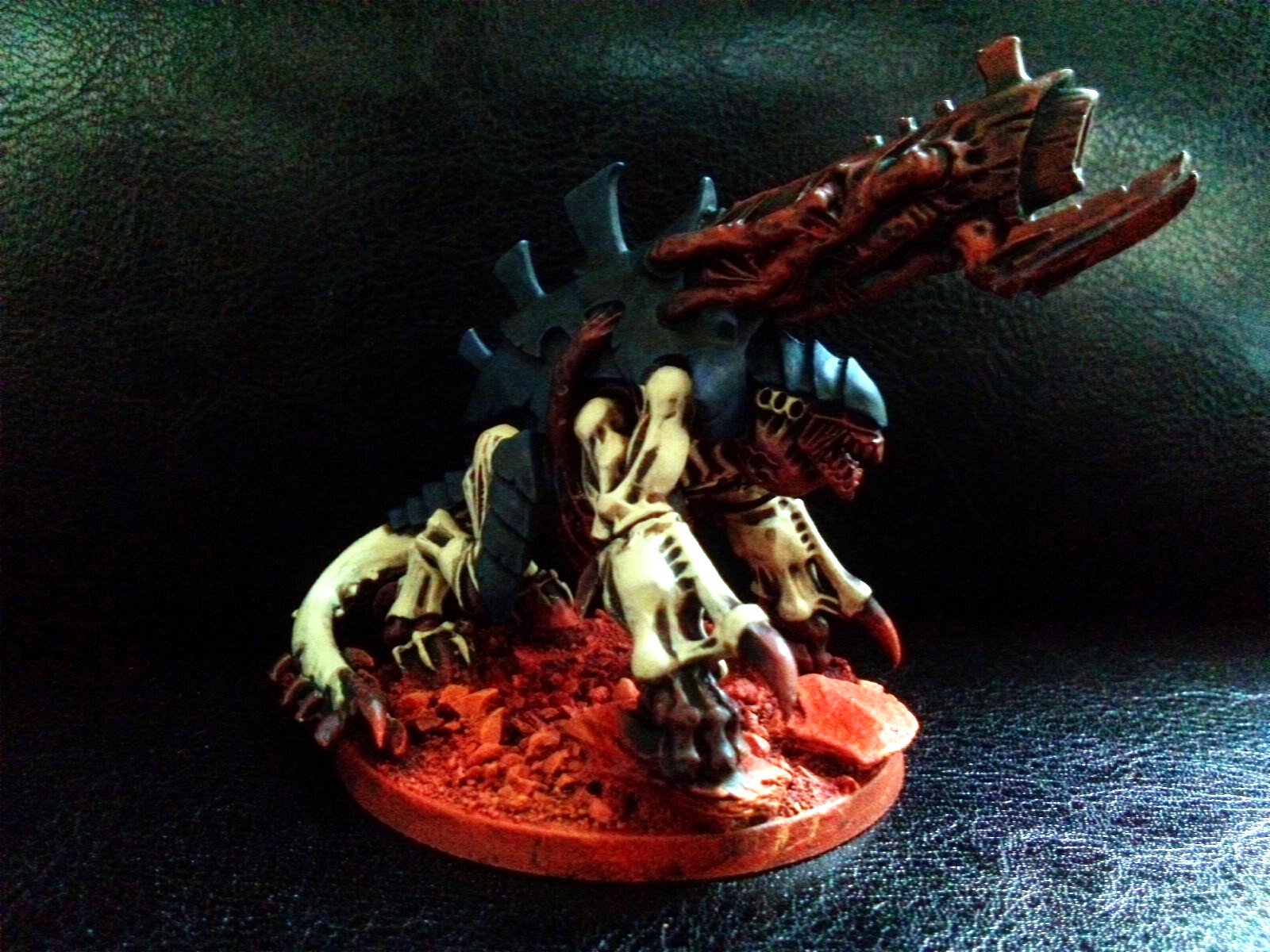