Given there are only two new pictures of the Devastator squad I thought I'd bundle in the Tactical squad too. Anway, greens gone on, black lined in places and Tin Bitz ready to do my bronze effects. All very slap dash at this stage, except around the base which needs to be kept tidy as they're done. 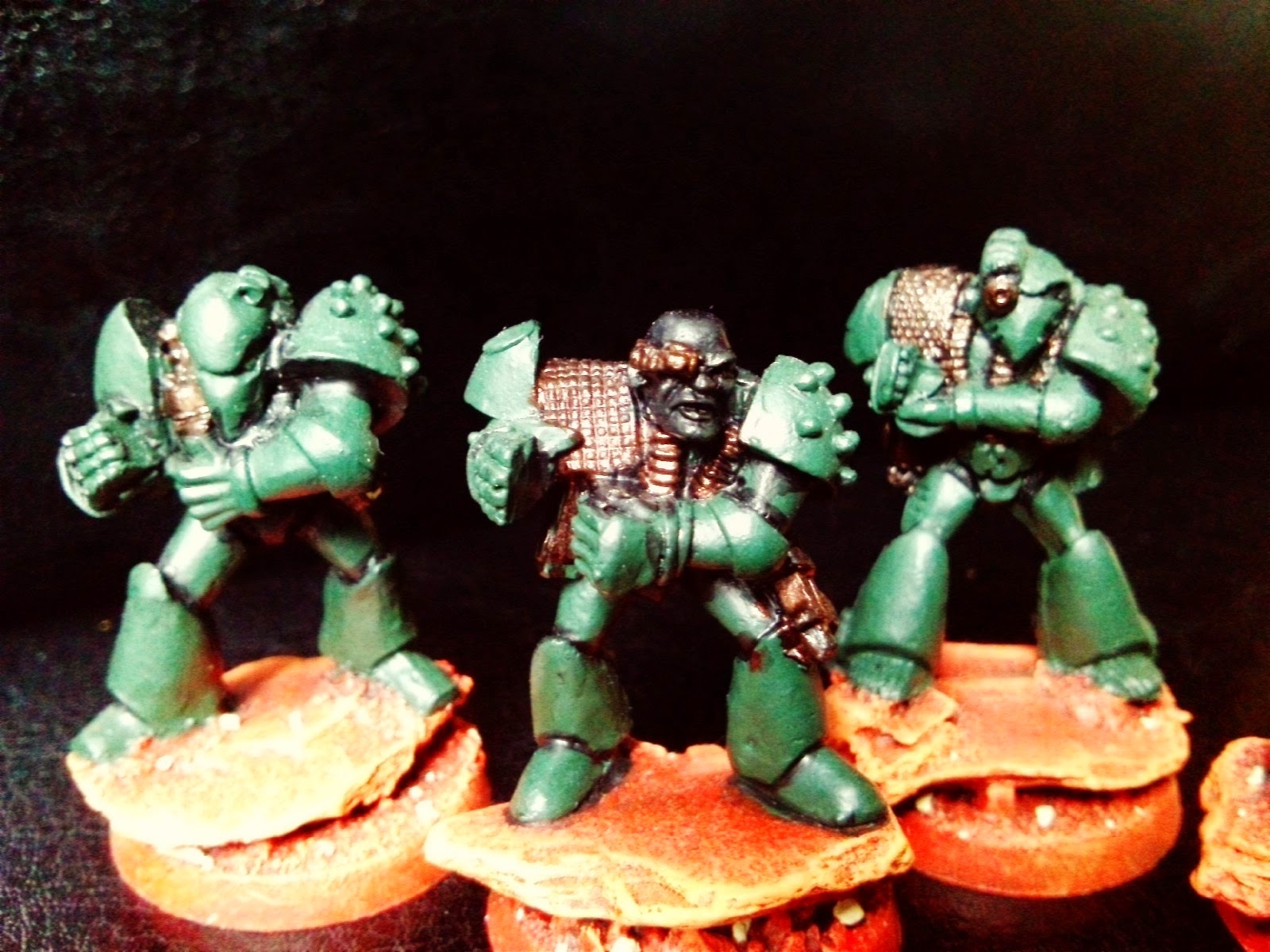 Once again it's slow progress as I'm doing these altogether with other squads and quite frankly I don't enjoy doing the metallics. Still there's only five of them and they should progress quickly once the metallics are complete. 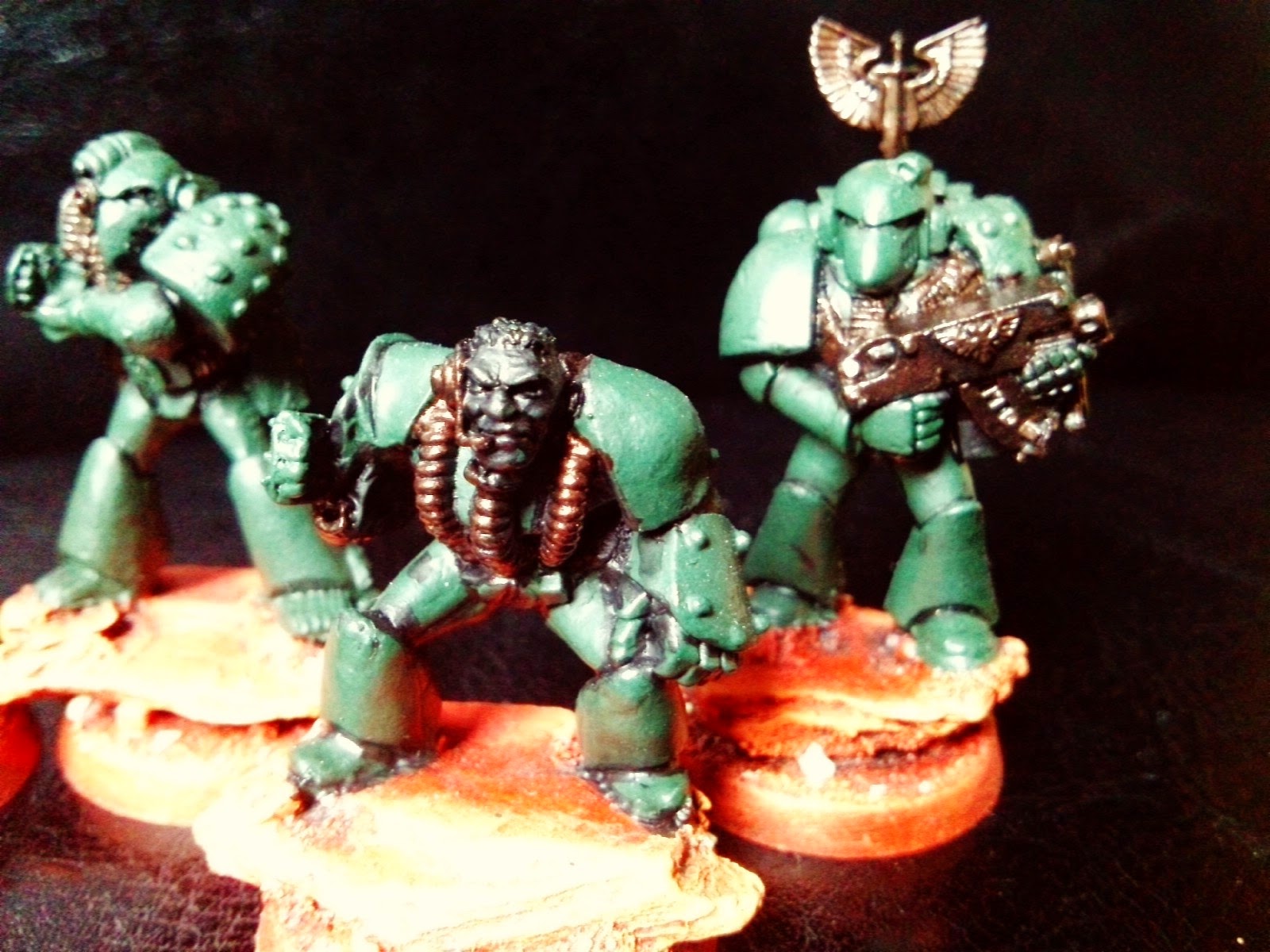 Just a little reminder of how these used to be: 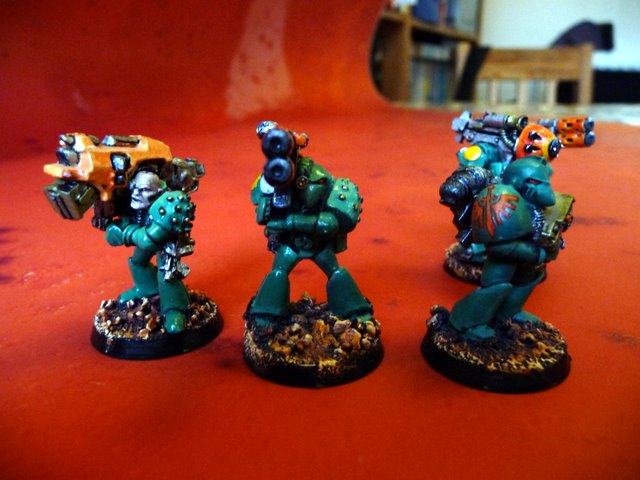 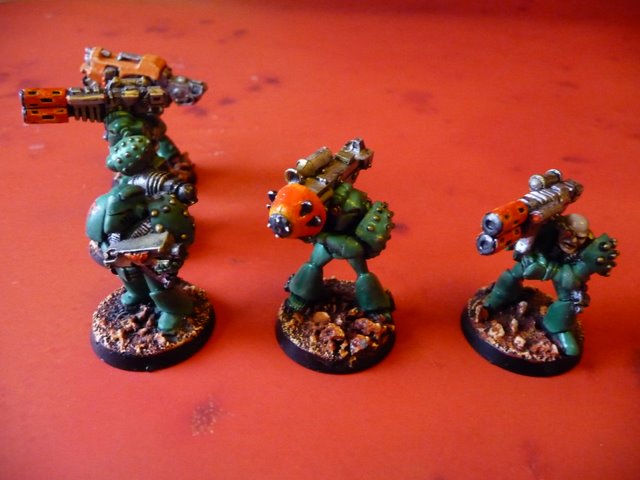 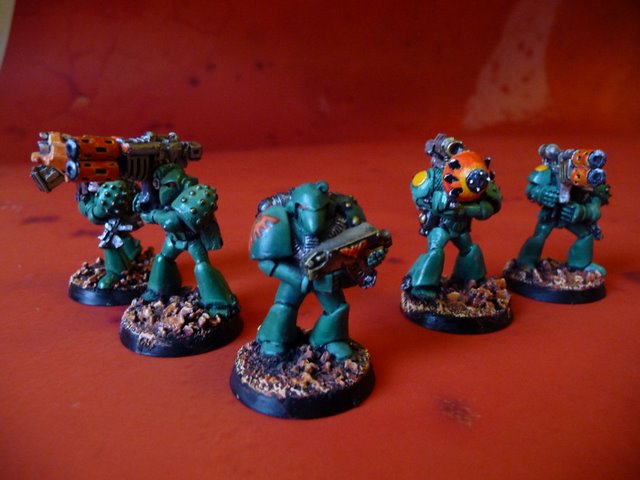 Dark Vengeance Squad is at the same stage. 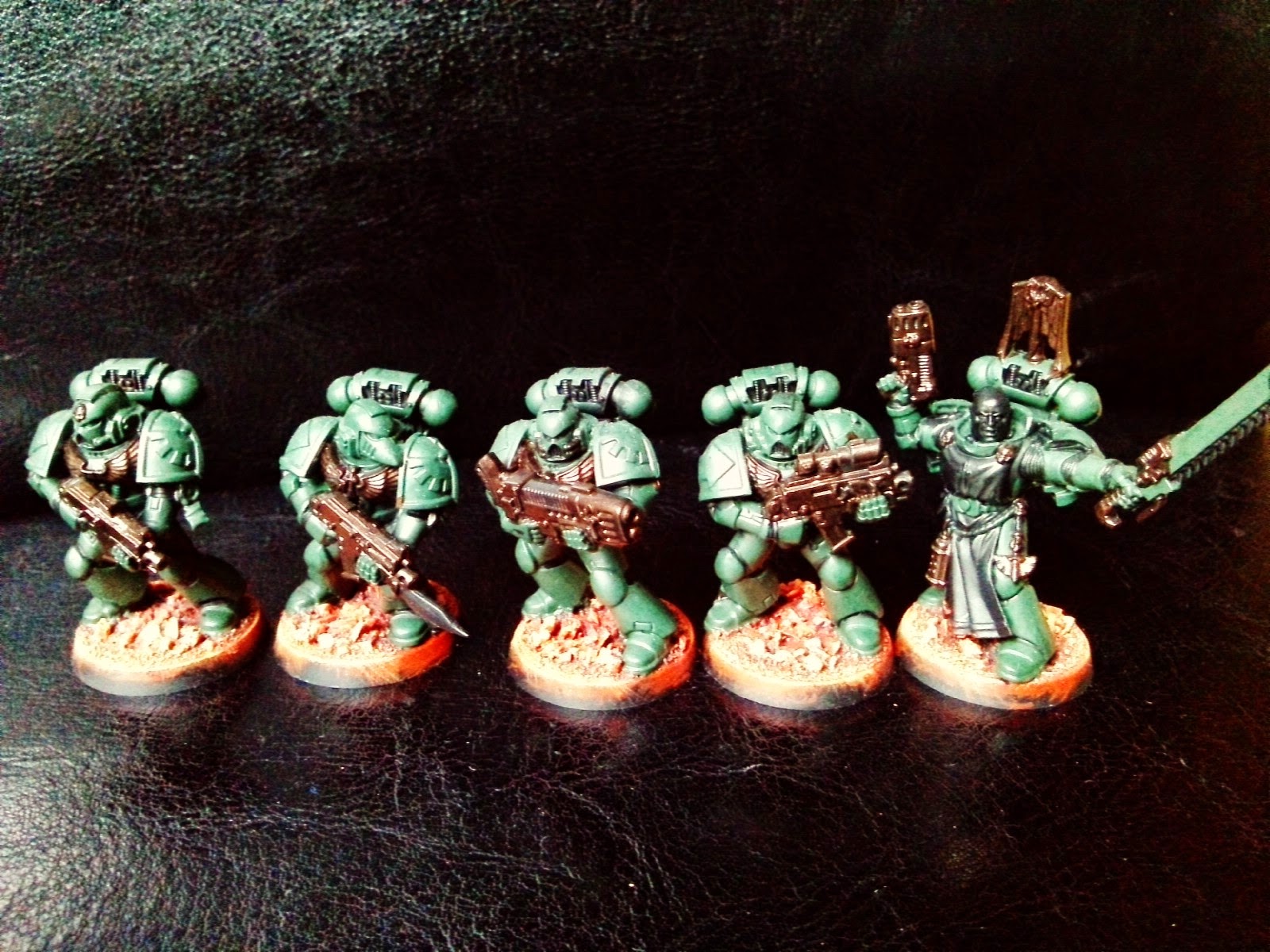 I hadn't planned to do these so soon but thought I'd just go ahead and prepare them alongside the Devastators. 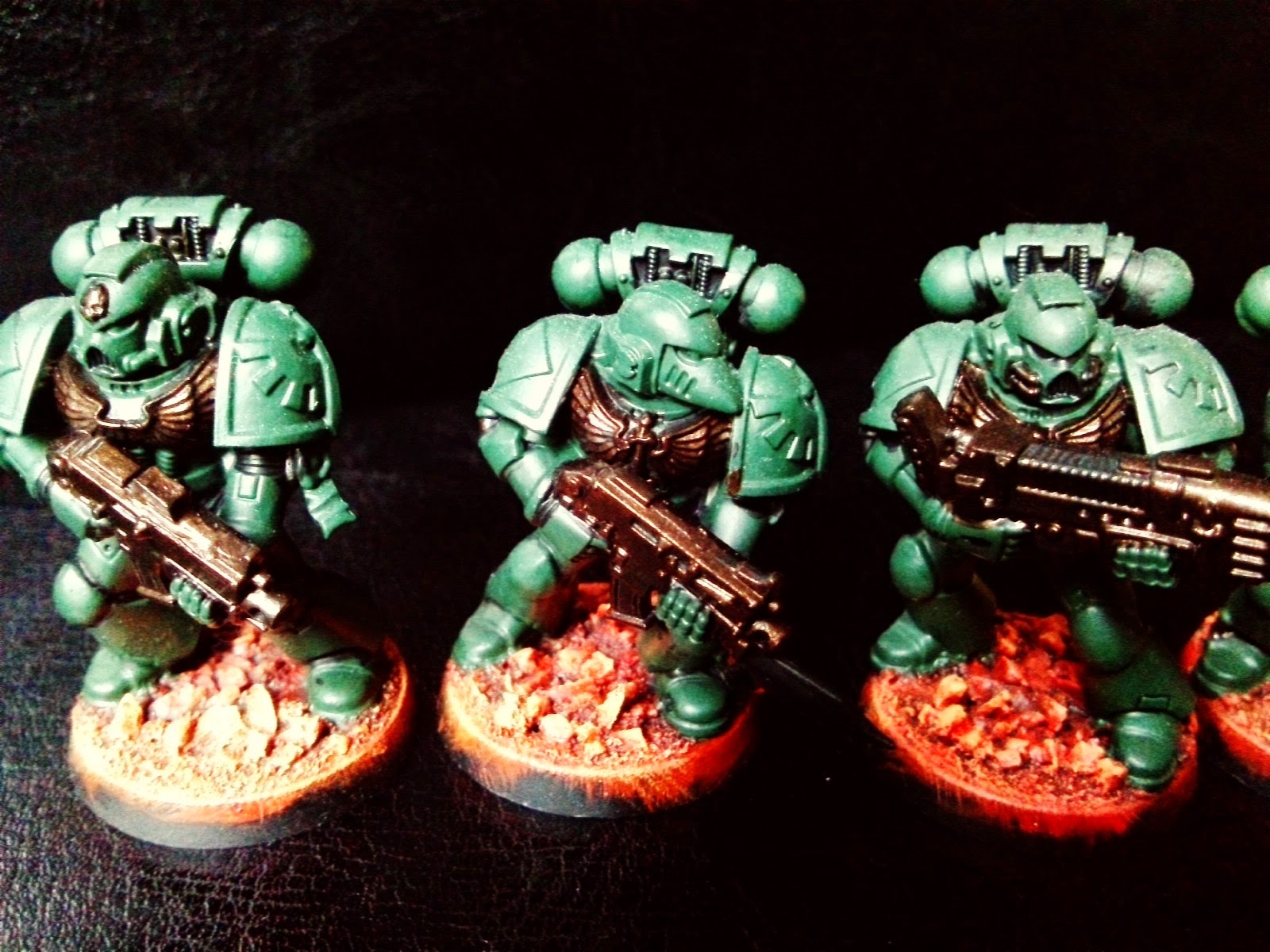 That way I can focus on the Devs but throw some paint on these at the same time and then when I get bored there's no pressure for me to carry on and I can pause as it's something else that's done.

It's amazing what a few Bolter straps, scopes and combat blades can do to just make these a little more individual. If you recall I was a little critical on the variety on these models so I did something about it.

Looking forward to doing the Plasma weapons, they're going to be yellow plasma I think. 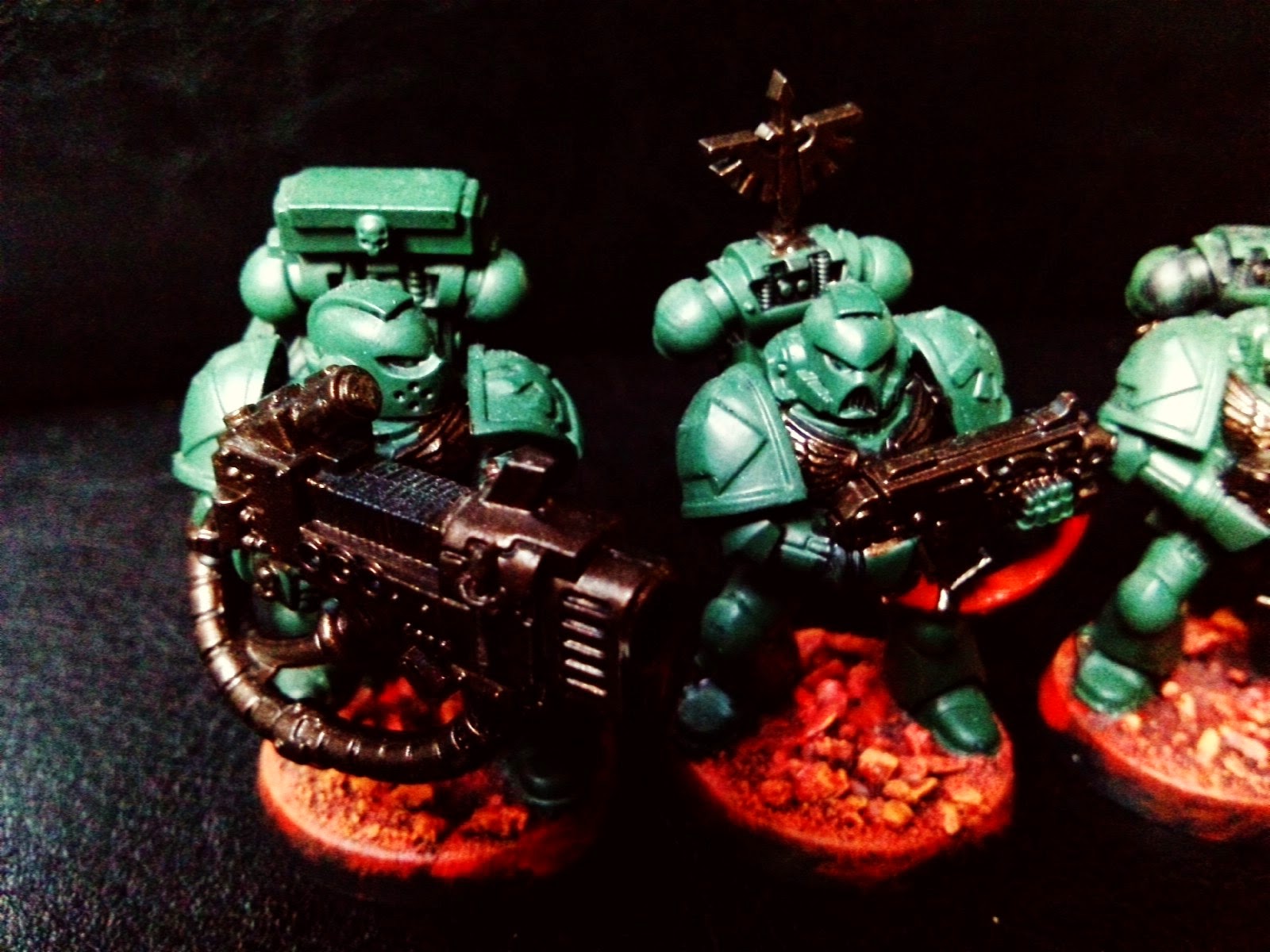 And at least it will be a relief not to have to free hand the Chapter symbol, I suppose that's one bonus against the AoBR models.

Onwards and upwards
Posted by 40kaddict at 12:23