Dark Angels - Watcher in the Dark and his mates

Micro blog alert - this is my Watcher in the Dark conversion for Azrael, holding the Lion Helm. 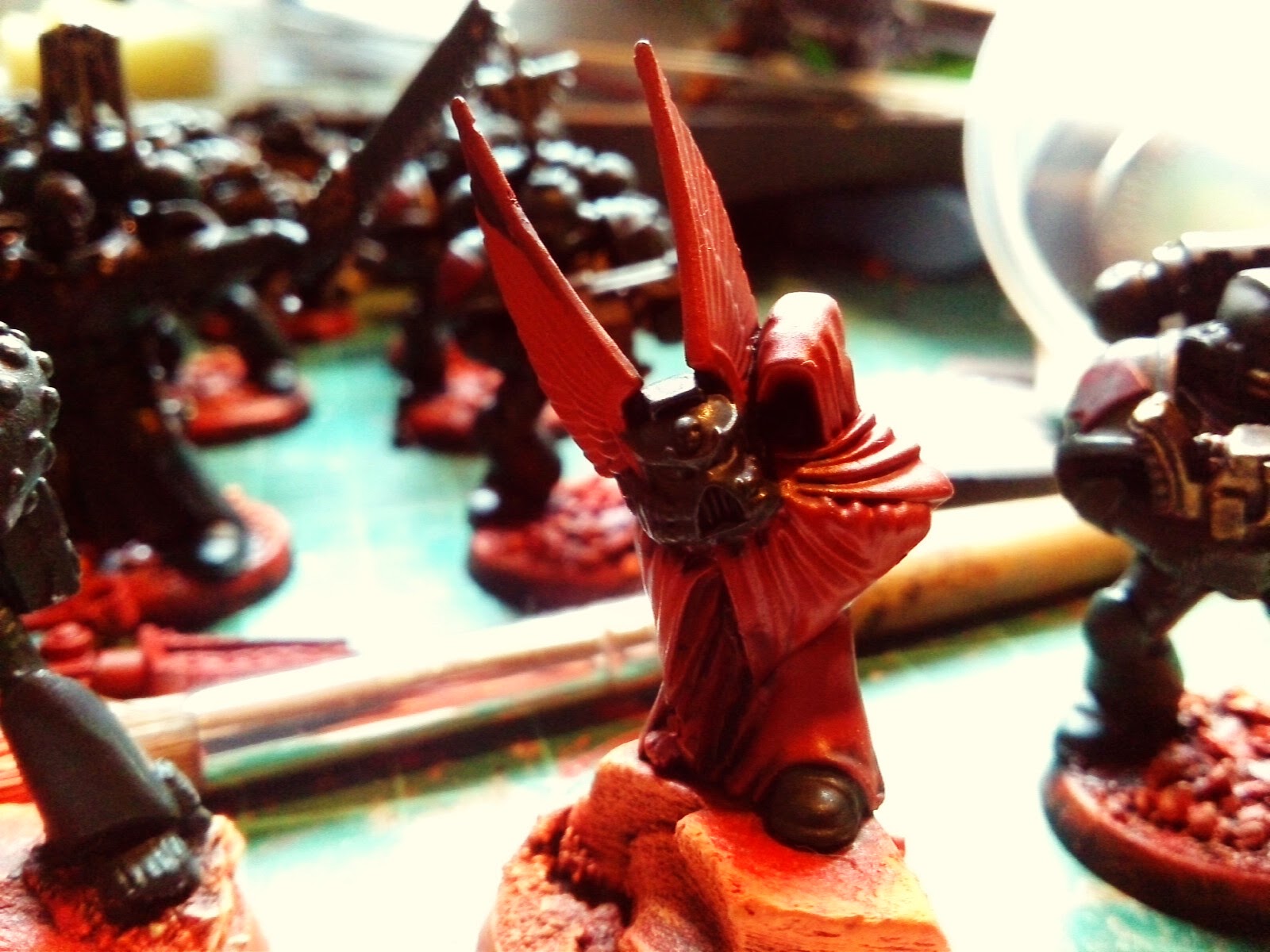 All the Tactical Marines from Dark Vengeance, plus Rogue Trader Devastators and some assorted characters. 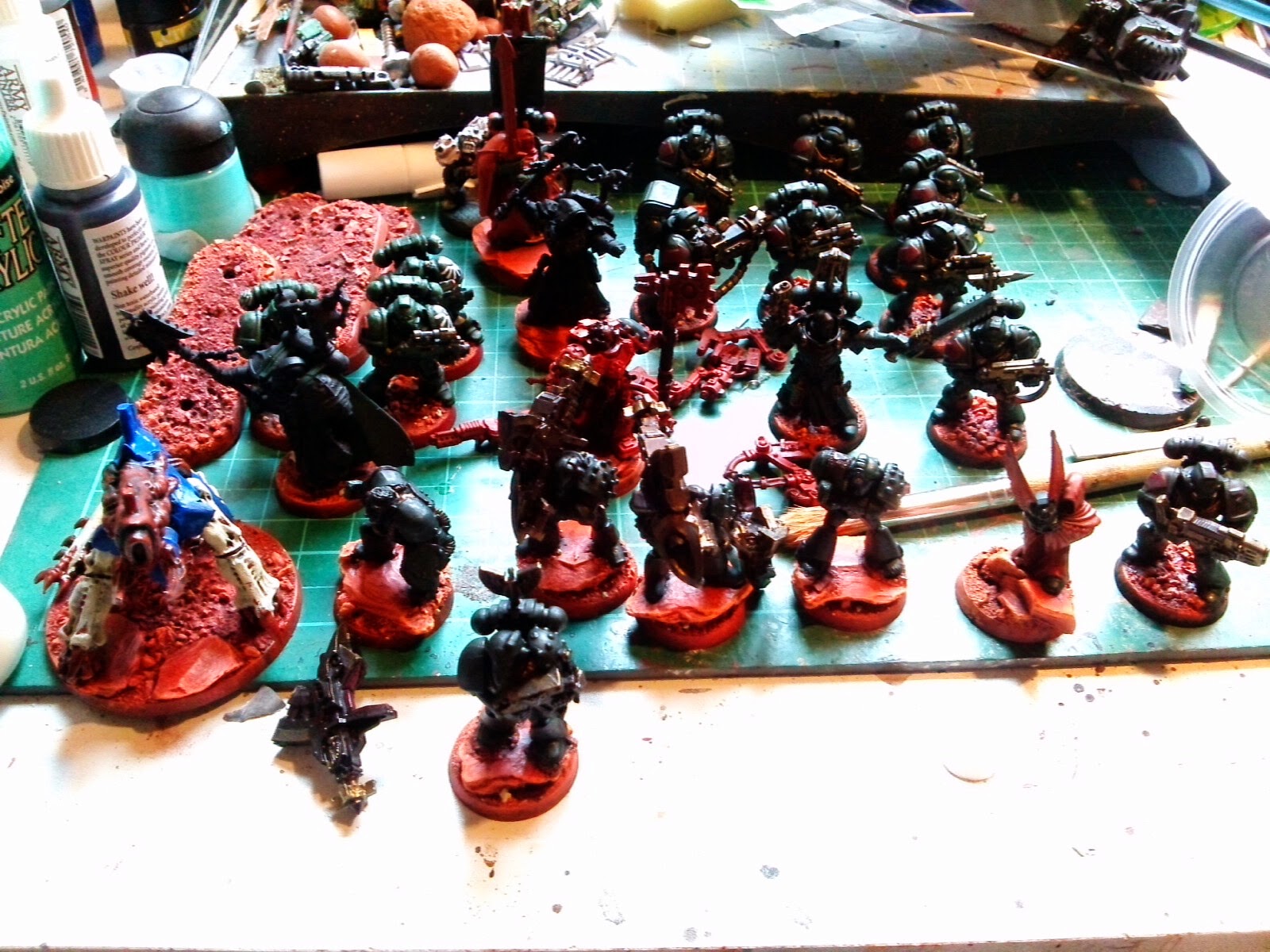 In particular my Azrael conversion from the Dark Vengeance Chapter Master in the background and Asmodai, who I got because I loved the idea of his two melee weapons - the Crozius giving +2 [or is it +1 Strength] and the Blades of reason causing Instant Death, with two assault weapons that's 3 attacks ont he charge! Then after ordering him I only went and found out he can only choose one of those weapons to fight with, which seems a bit rubbish but that's my 'nid hat on. 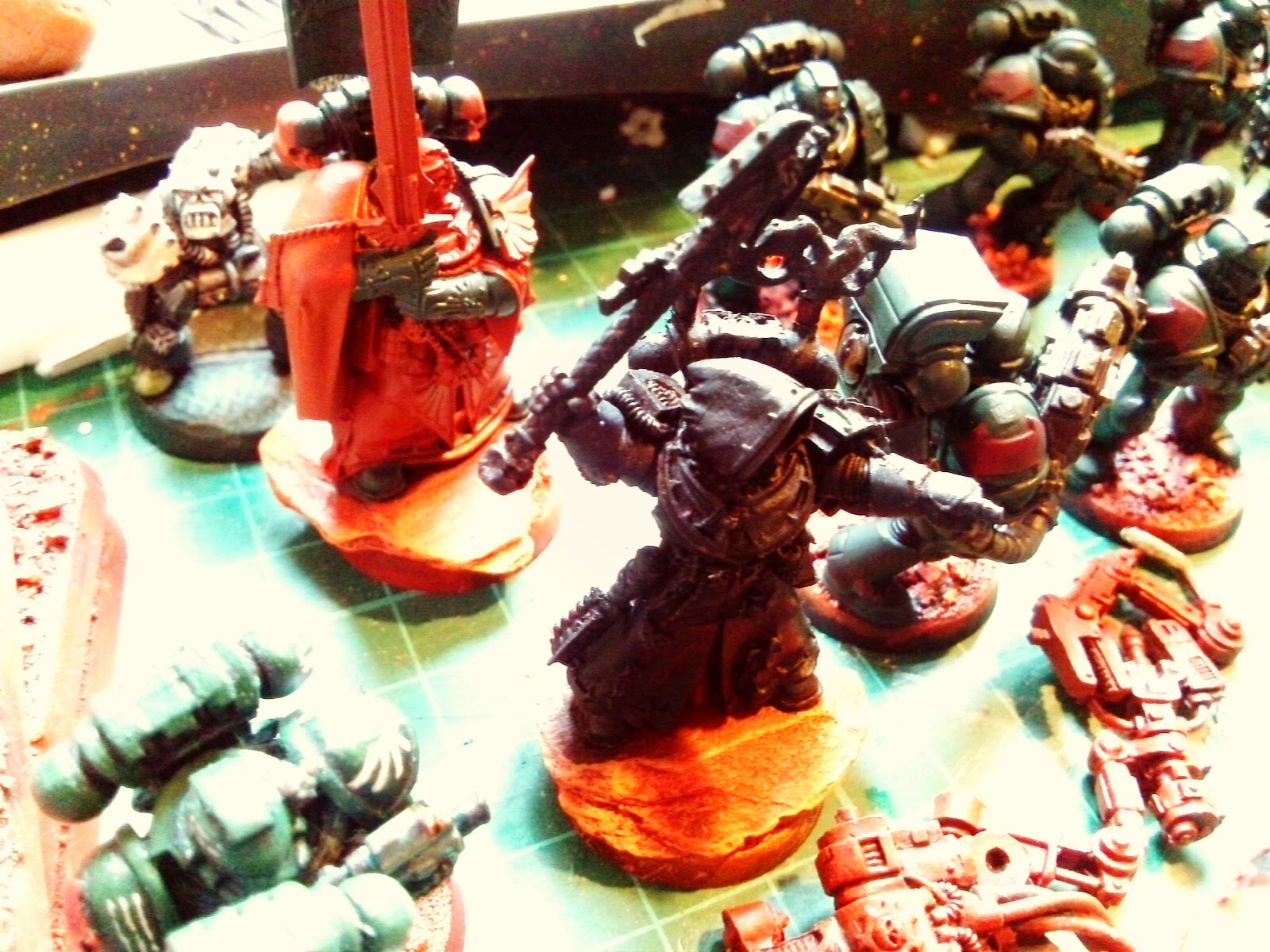 Also my Techmarine is on the go, because apparently every Dark Angel force should have one. 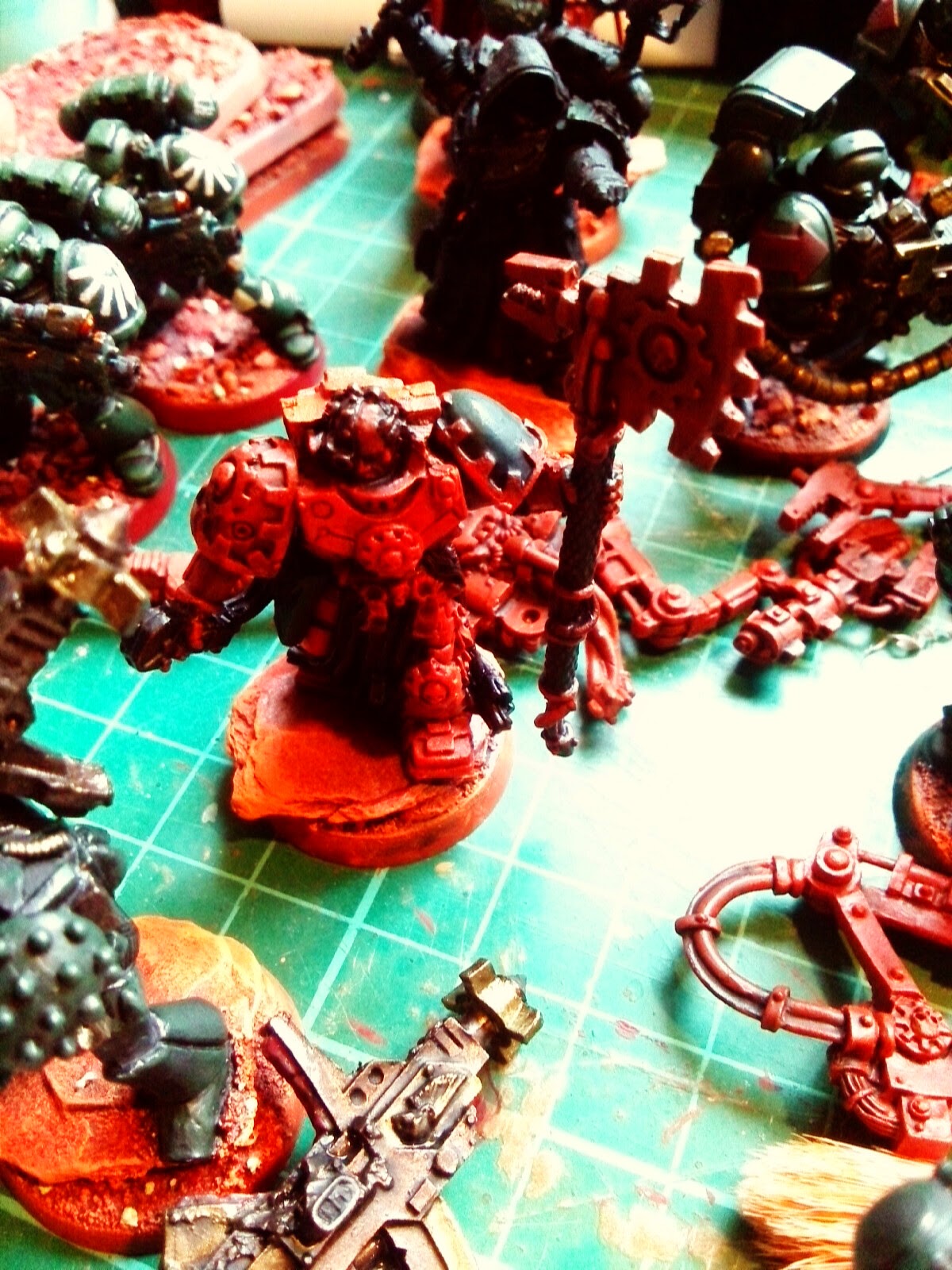 Foolishly though I've bought Asmodai, when I could have used my Limited Edition Chaplain and I got a Techmarine when I already have a Rogue Trader one, I love the model though, although the back-pack is a bit of a nightmare. I do think though, given I have a number of chaplains that a Dark Angel force could use them as their Veteran squad, half a dozen Chaplains on the rampage would look cool, and I have my tiny RT Chaplain hiding out in one of the pictures too.