It seems my embryonic Armies on Parade board is worthy of a few extra views. Now if I'm honest I've taken far more pictures than I'll be showing but it doesn't do to show all my cards at this point. What I will do is show you that the base is now complete and I spent a bit more time ensuring all the support struts on the back drop were properly aligned and pre-drilled for the screws. 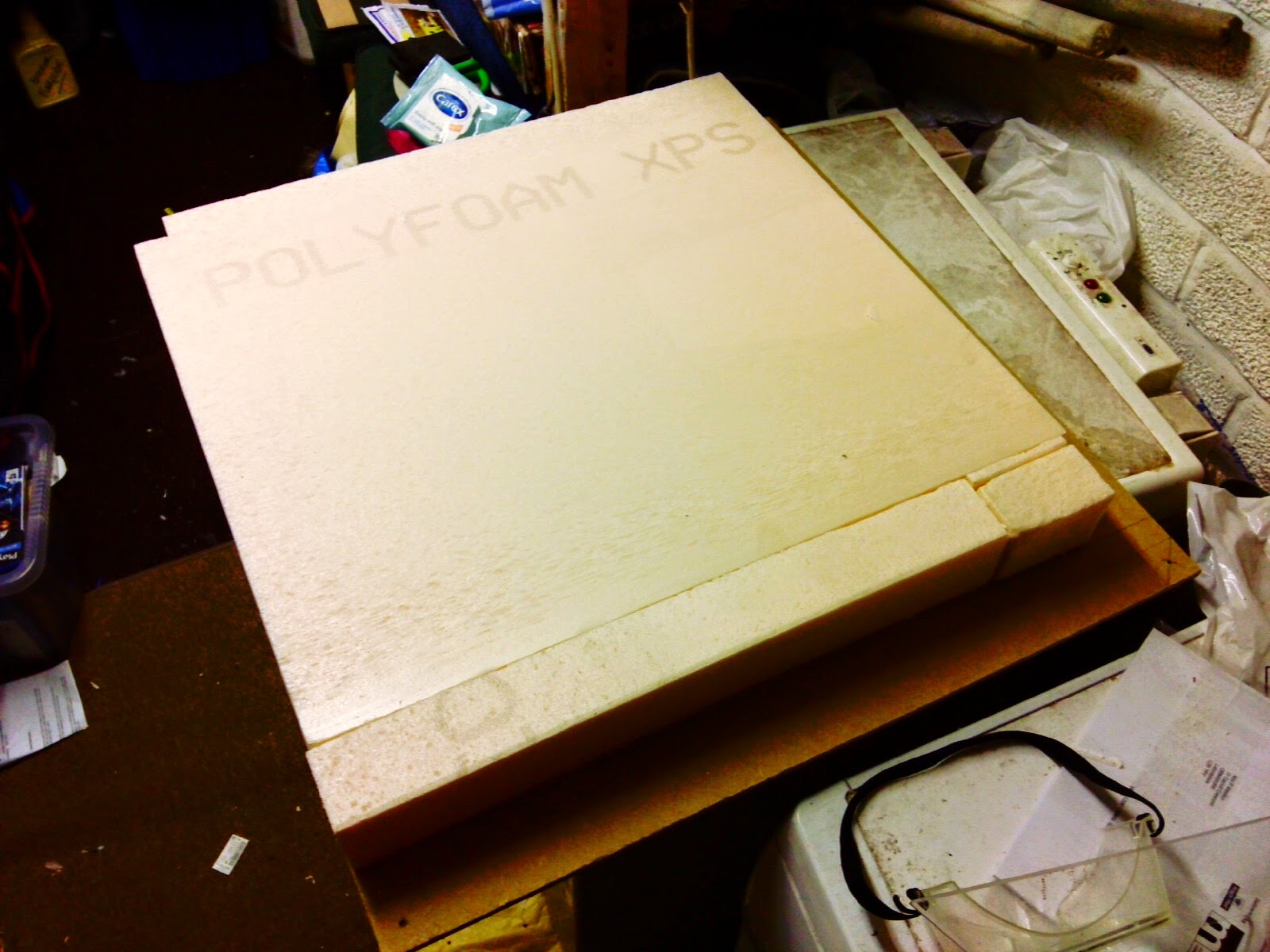 In the end I added another couple of screws in the back instead of dowling rods, to secure the left hand wall. It takes a bit longer to put together, and there will no doubt be some DiY on the day to put all the pieces in place but a quick buzz with my electric screwdriver will have it in shape. 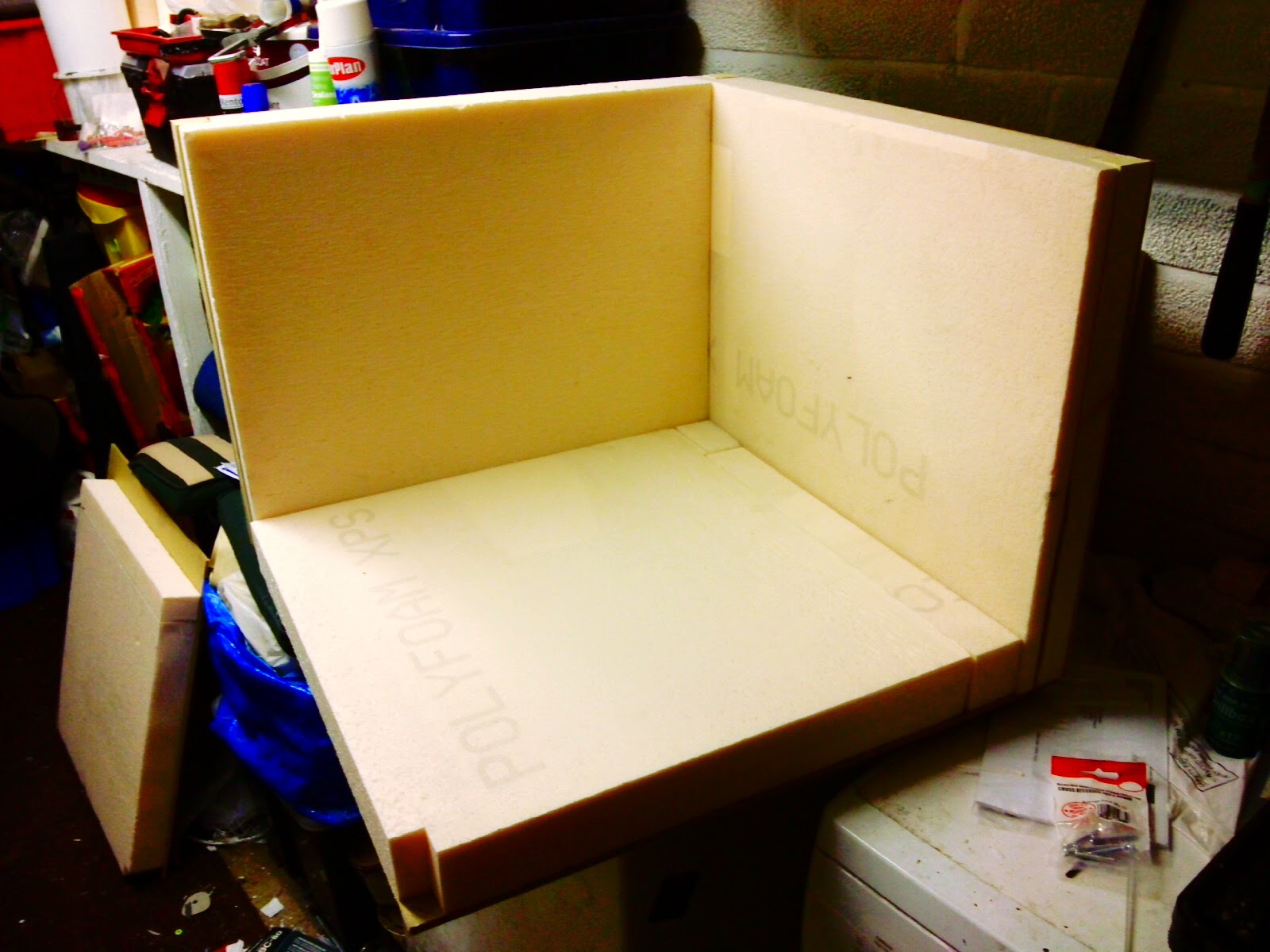 So I've got the time done so far and it's about 6 hours so far [I've recorded them all on the back of the pieces, just don't have them to hand], still seems a lot for not much progress but again, it's the measuring. What is disturbing is the wife has already cottoned onto the project. I'd dismantled everything and it was in the same space occupied as the insulation foam used in the construction so I didn't think she'd notice in the garage, particularly as she'd been at work for most of the days I've been constructing. However she went and asked me "what are those wood things in the garage?" To which I had to confess - "a new display board".

One issue is I'll be starting shaping the walls next and to make it look effective I need to add as well as take away to each fascia but if I add then storage is more difficult as added elements will 'stand proud' instead of allowing it to lie flat. This then is the next stumbling block to progress and why there are only two pics to show. This did give me the impetus to finish off the 'not Pyrovore' and press on with the Dark Vengeance Tactical Squad so I'll take whatever motivation I get in those directions, even if it's borne from a creative block.

Additionally I've been thinking some of the other decorations and there are a number of technical hurdles I need to overcome. Once again I'm thinking of transparency effects and once again I'm struggling to reconcile how to achieve them, and to do so cost effectively. I've since found out that there is no National Armies on Parade event. It will NOT be part of the new Warhammerfest, so although I think AoP is about taking part I had always hoped to go on to the Nationals and not win, but perhaps take one of the 2nd or 3rd places.

Of course with that not happening there is less incentive to go completely OTT but there are still some things I want to explore. I just have to weigh up whether solving them is entertainment for me or is the specific effect I'm hoping to achieve too much hassle and ultimately resort to what I'm familiar with [you see you don't need to use the phrase 'comfort zone'] and just sculpt clay. If only there was a transparent medium with same properties as clay, or even Milliput - a maleable epoxy resin instead of a liquid one...
Posted by 40kaddict at 12:23