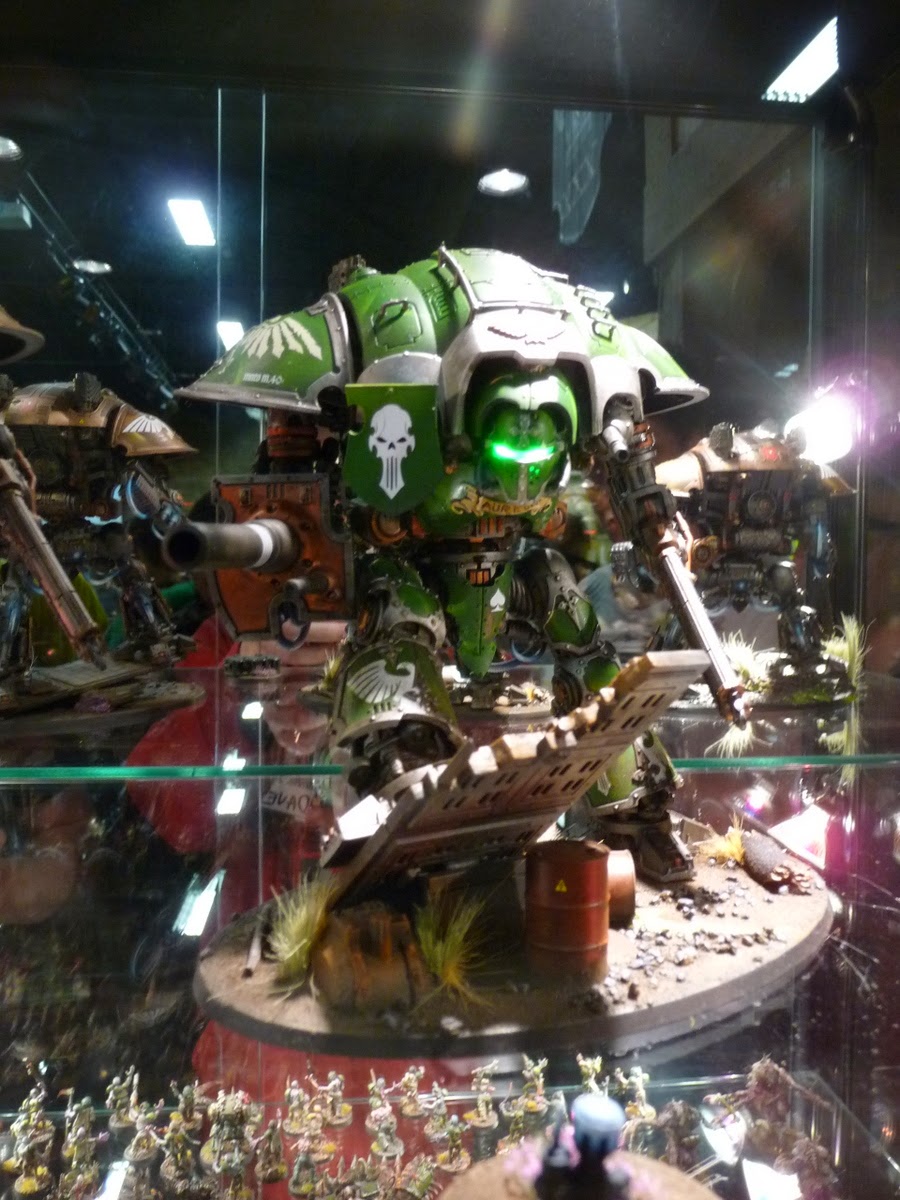 Absolutely awesome, go check out their Facebook page for more of their commission work 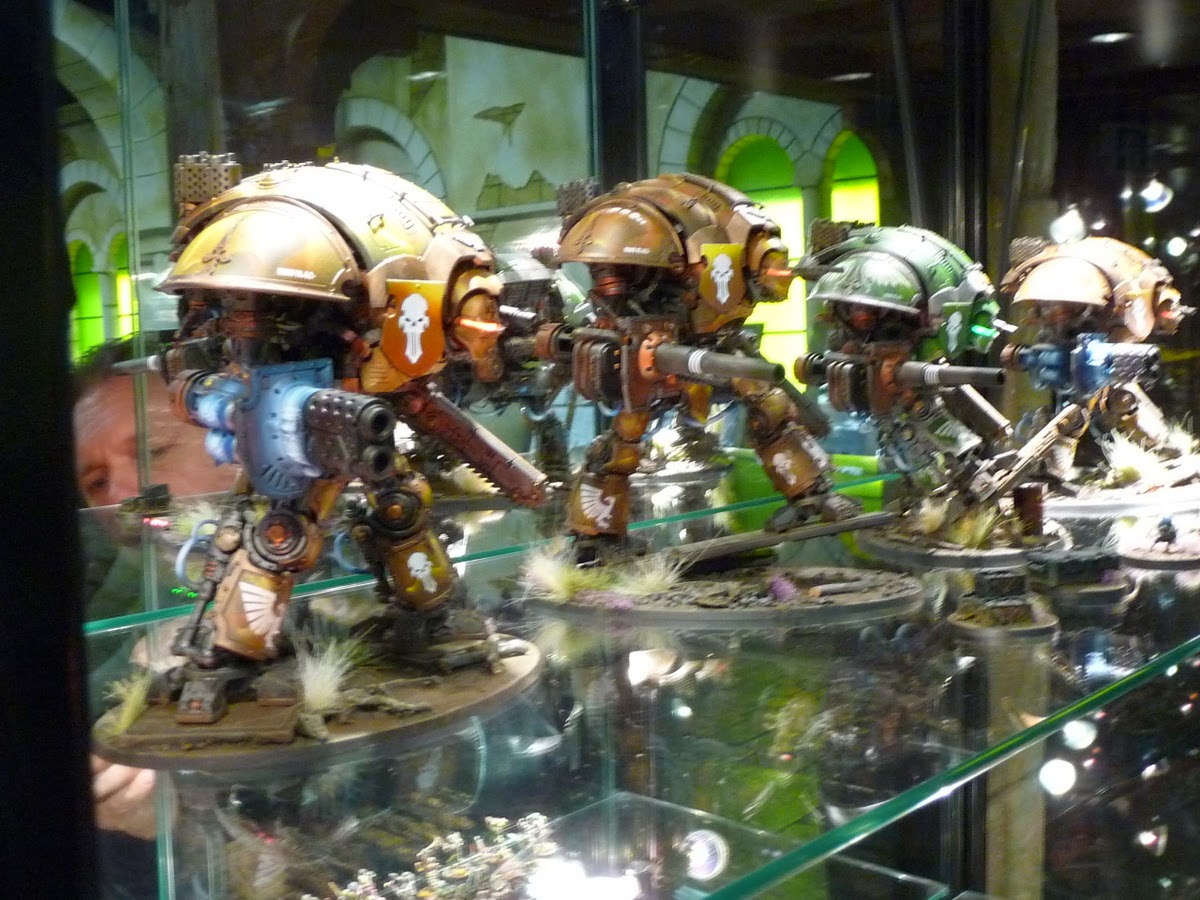 Next up Proiteus and his Rebel Gretchin run as Imperial Guard. 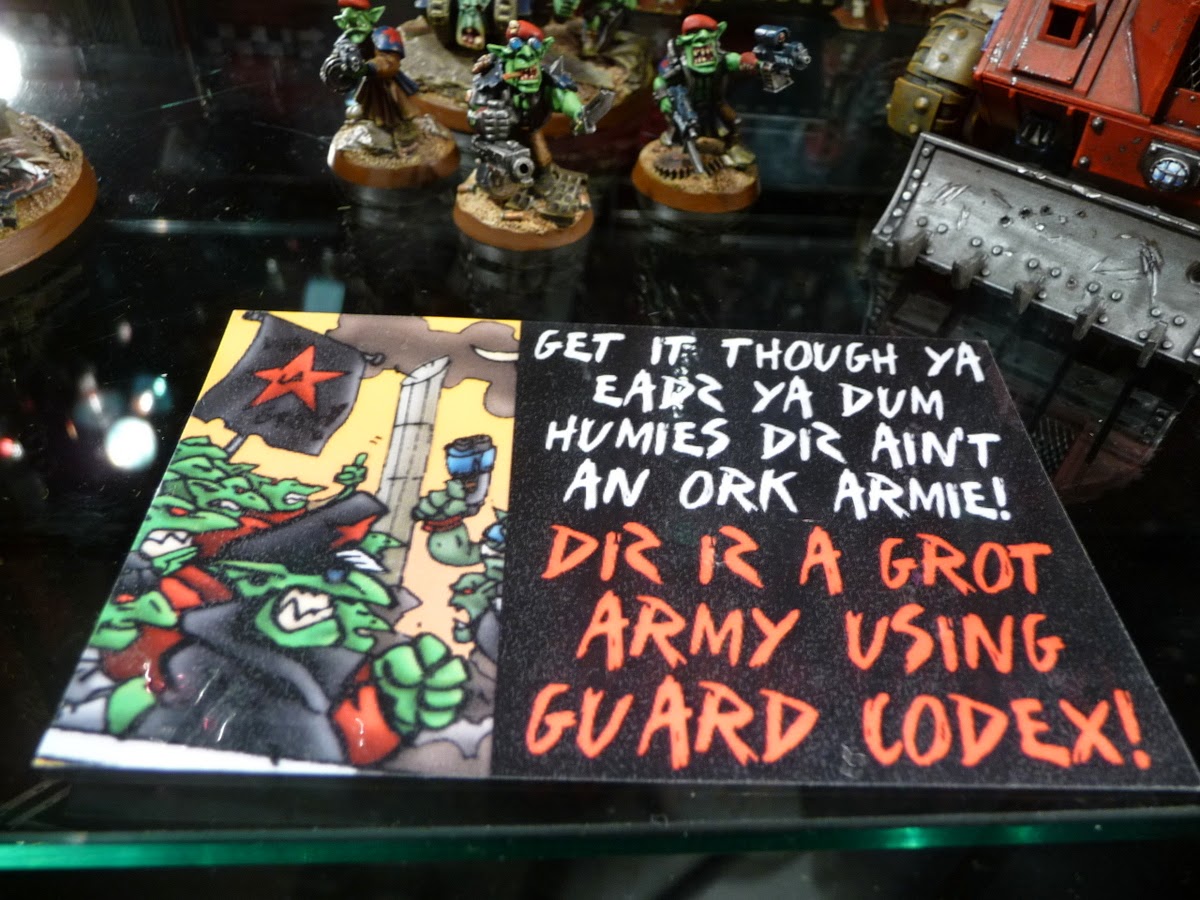 These guys are full of character. 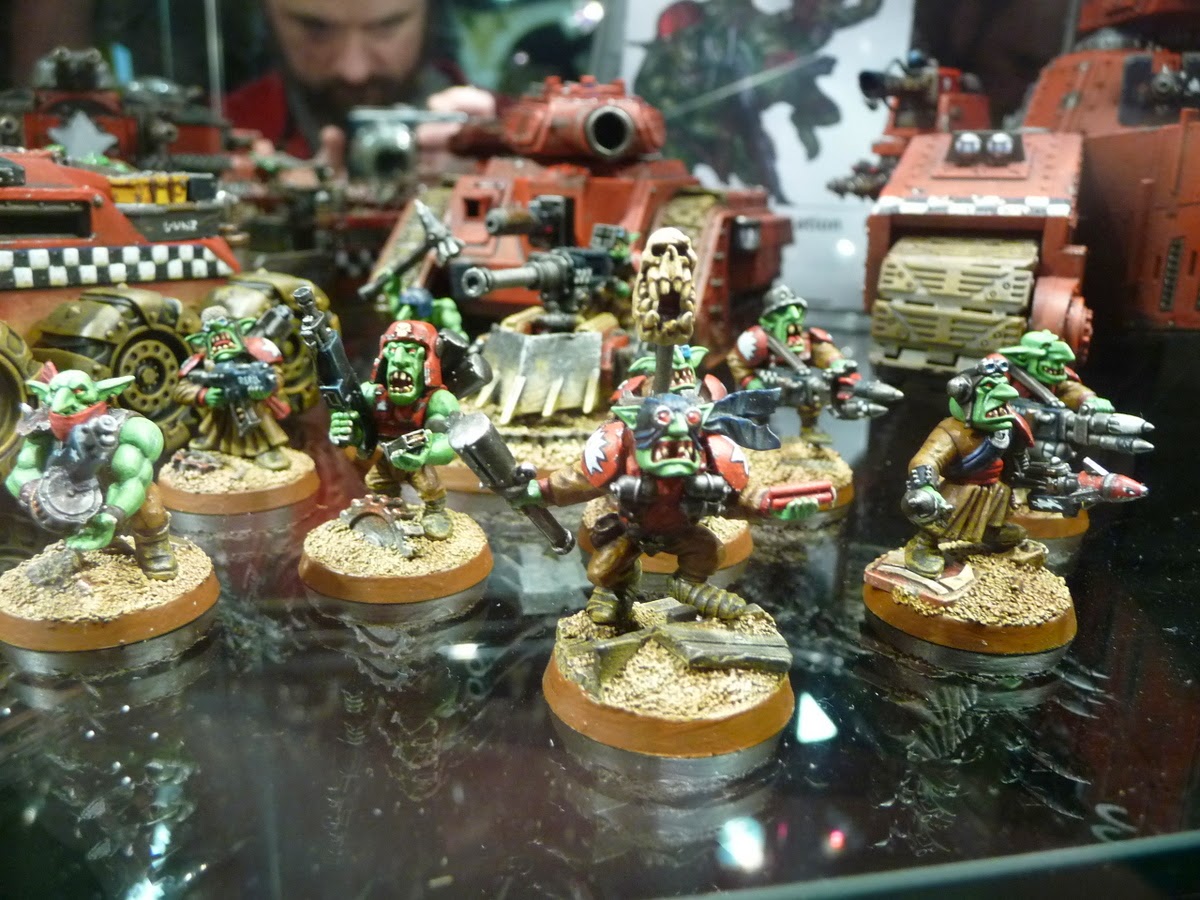 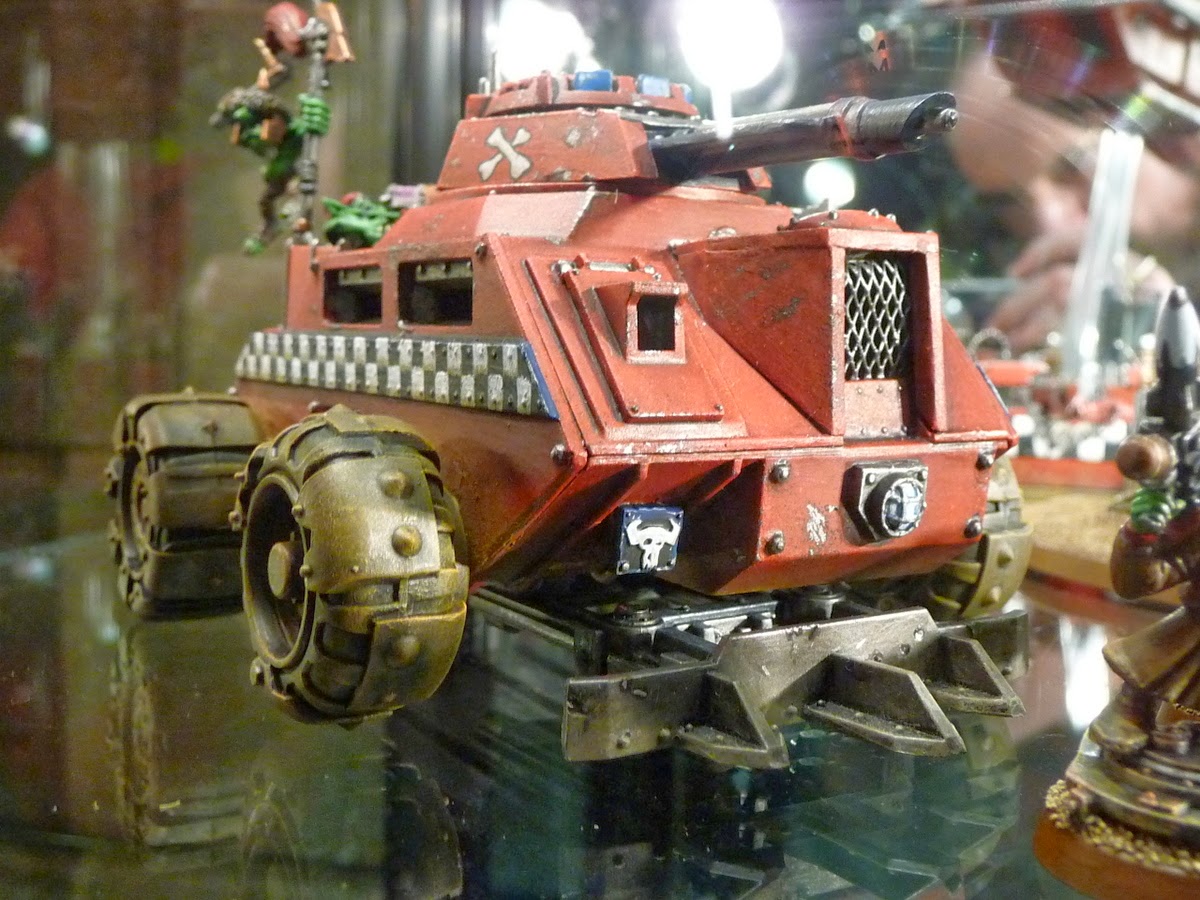 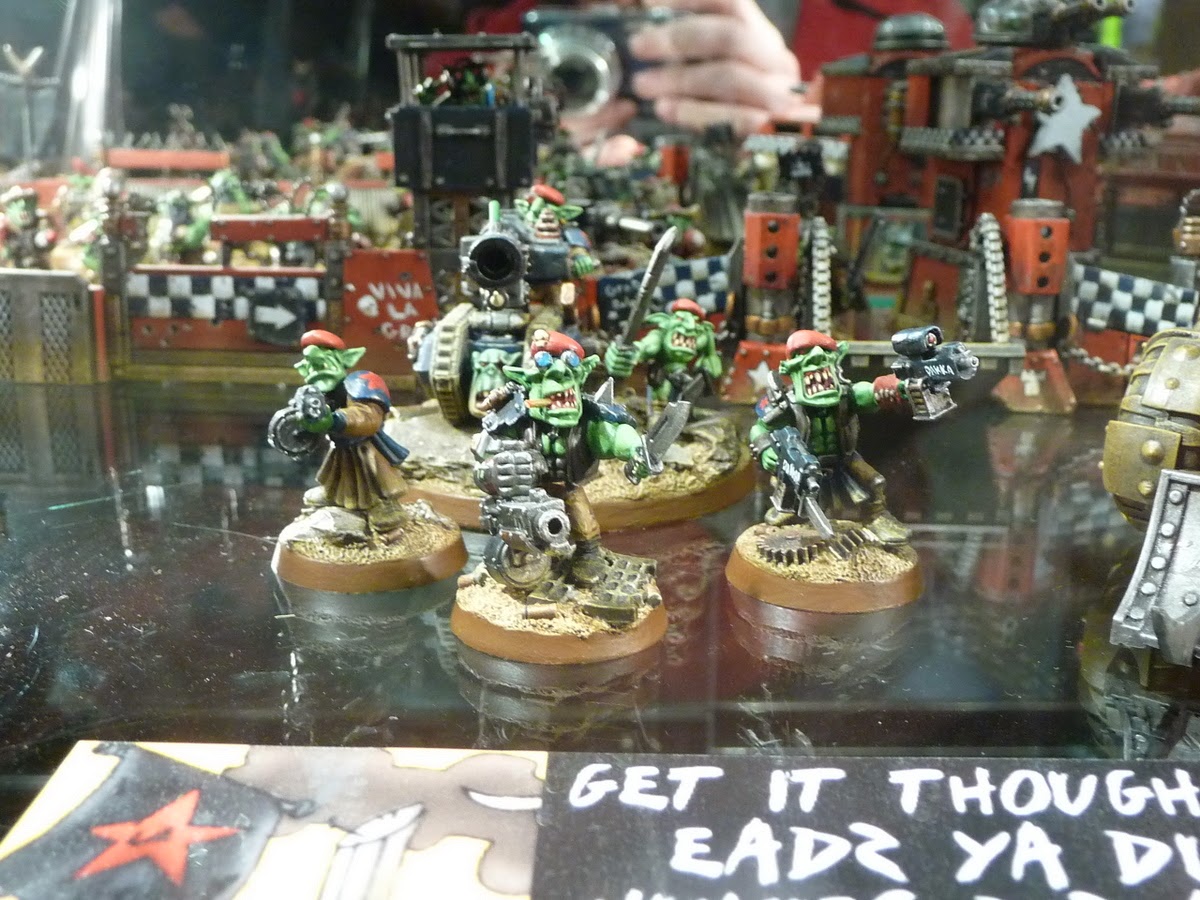 Check out the Bell of Lost Souls log of his work. 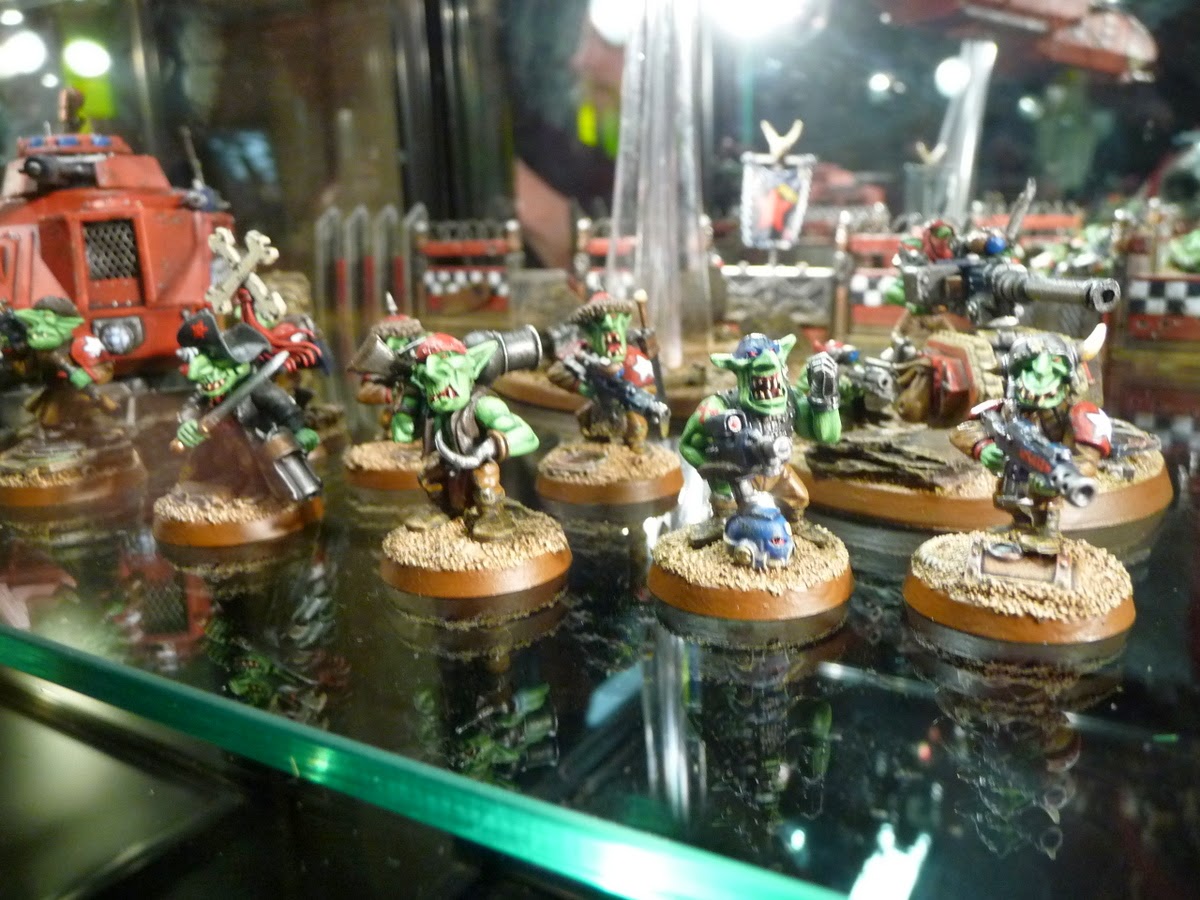 Love this watch tower on the Aegis. 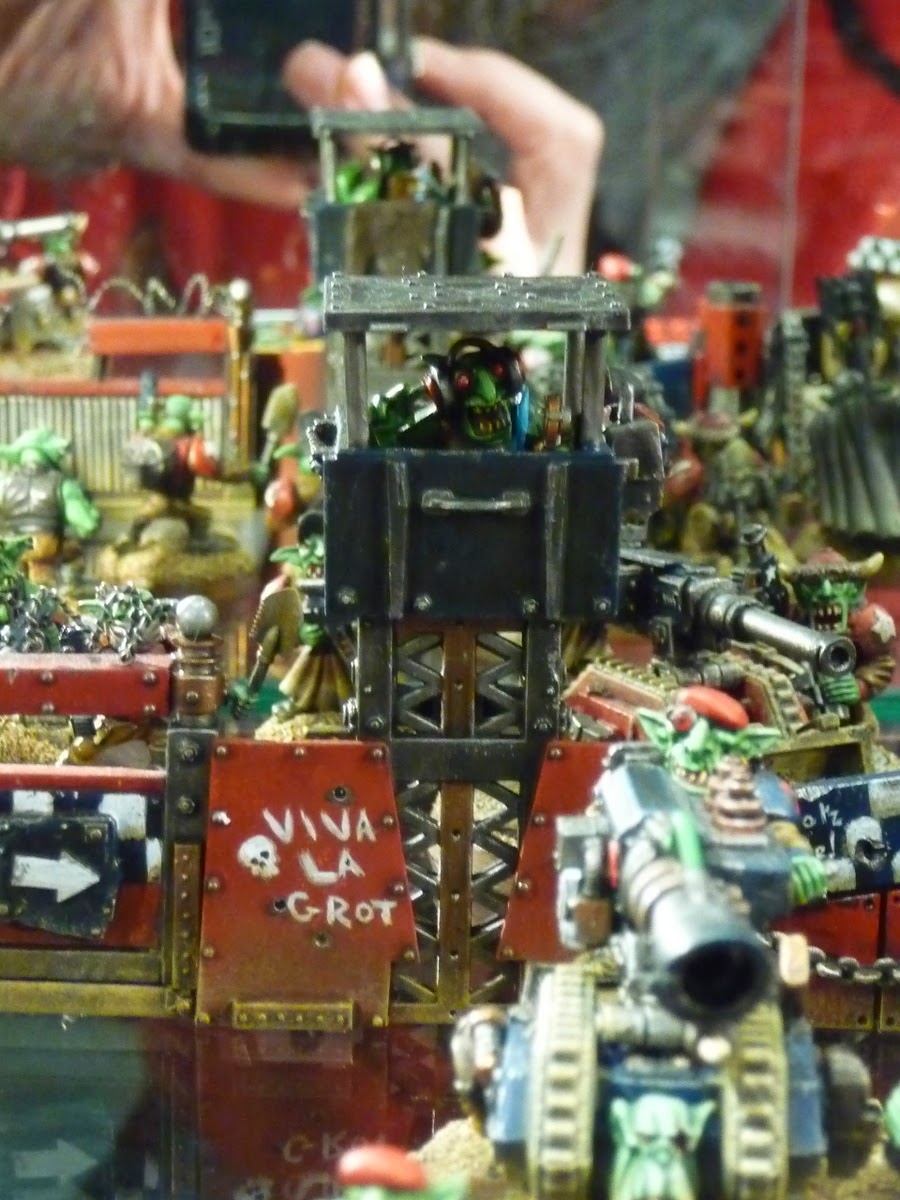 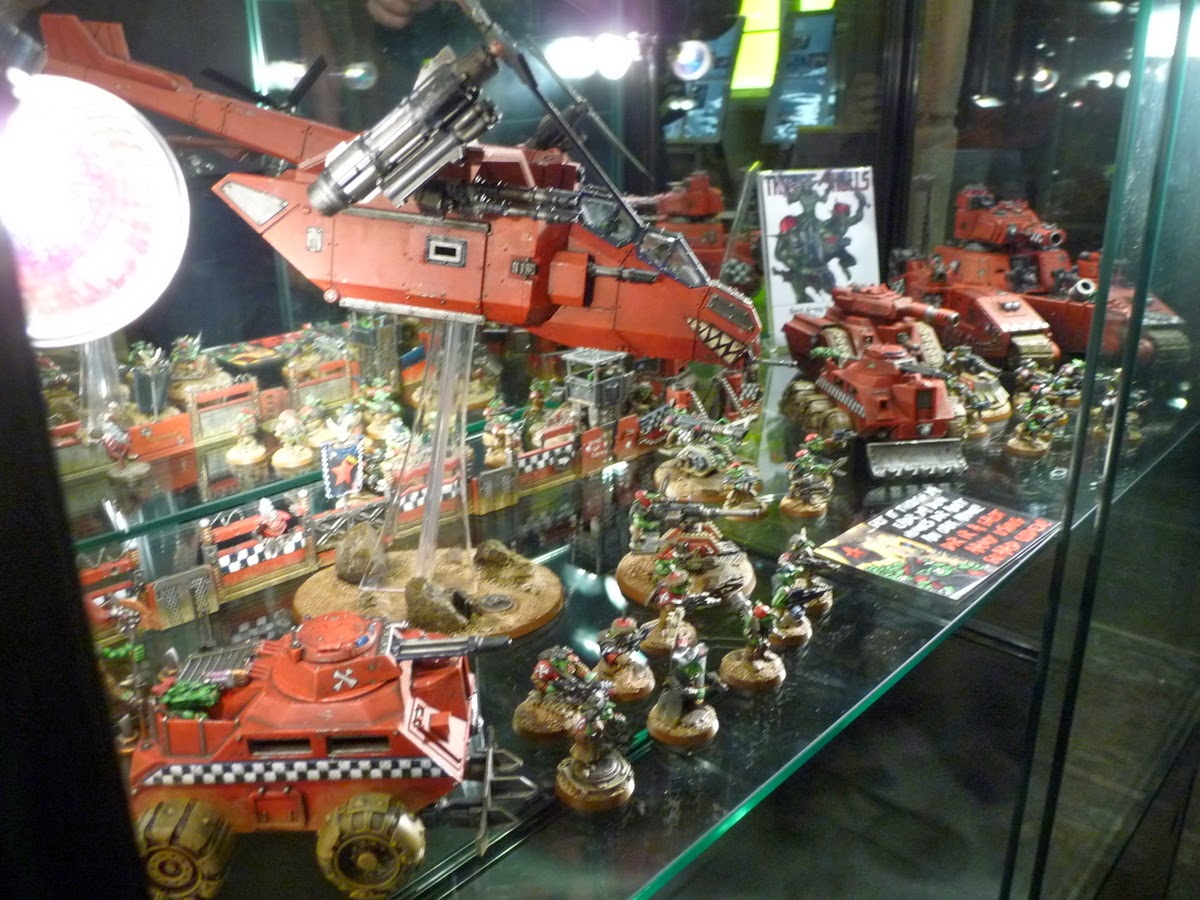 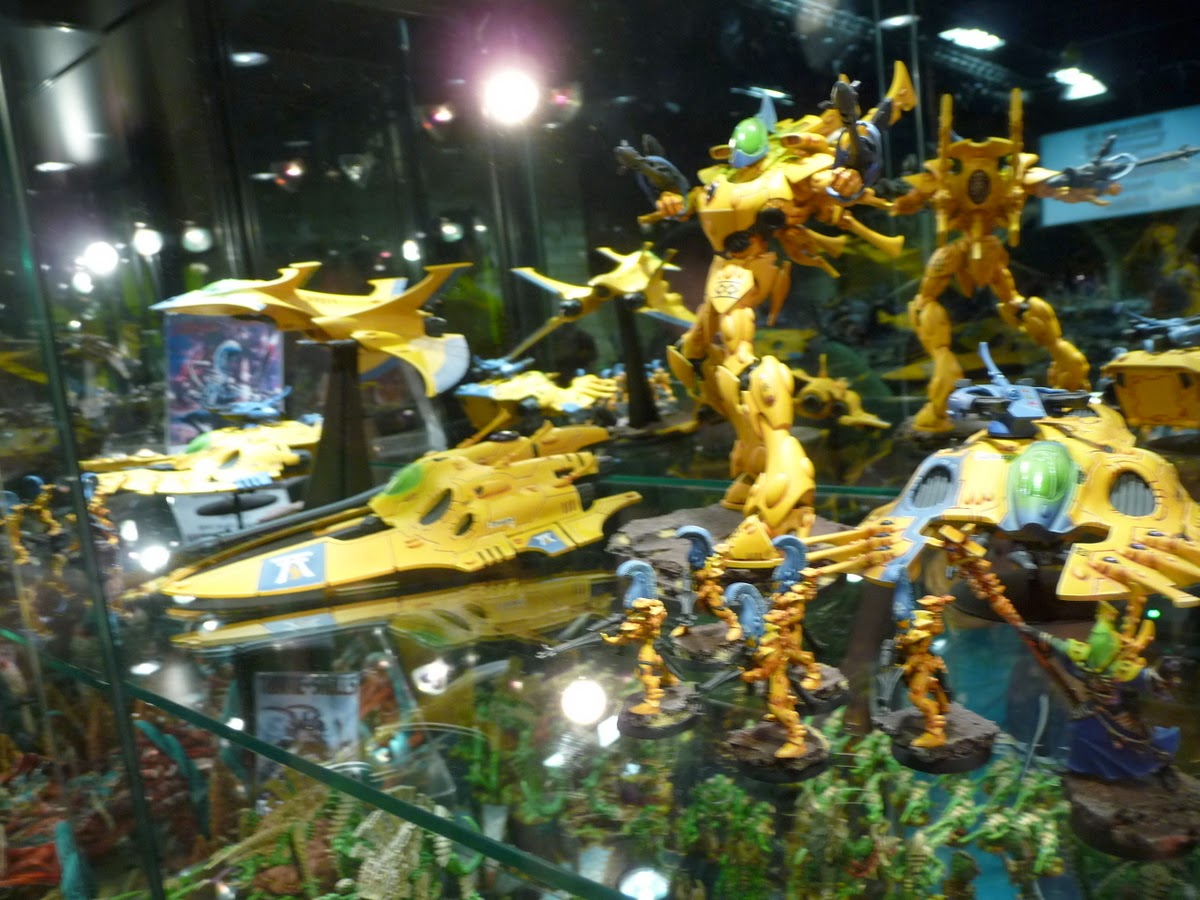 There was debat amongst my mates as the the effectiveness of the green glow on the windows but personally I liked it. 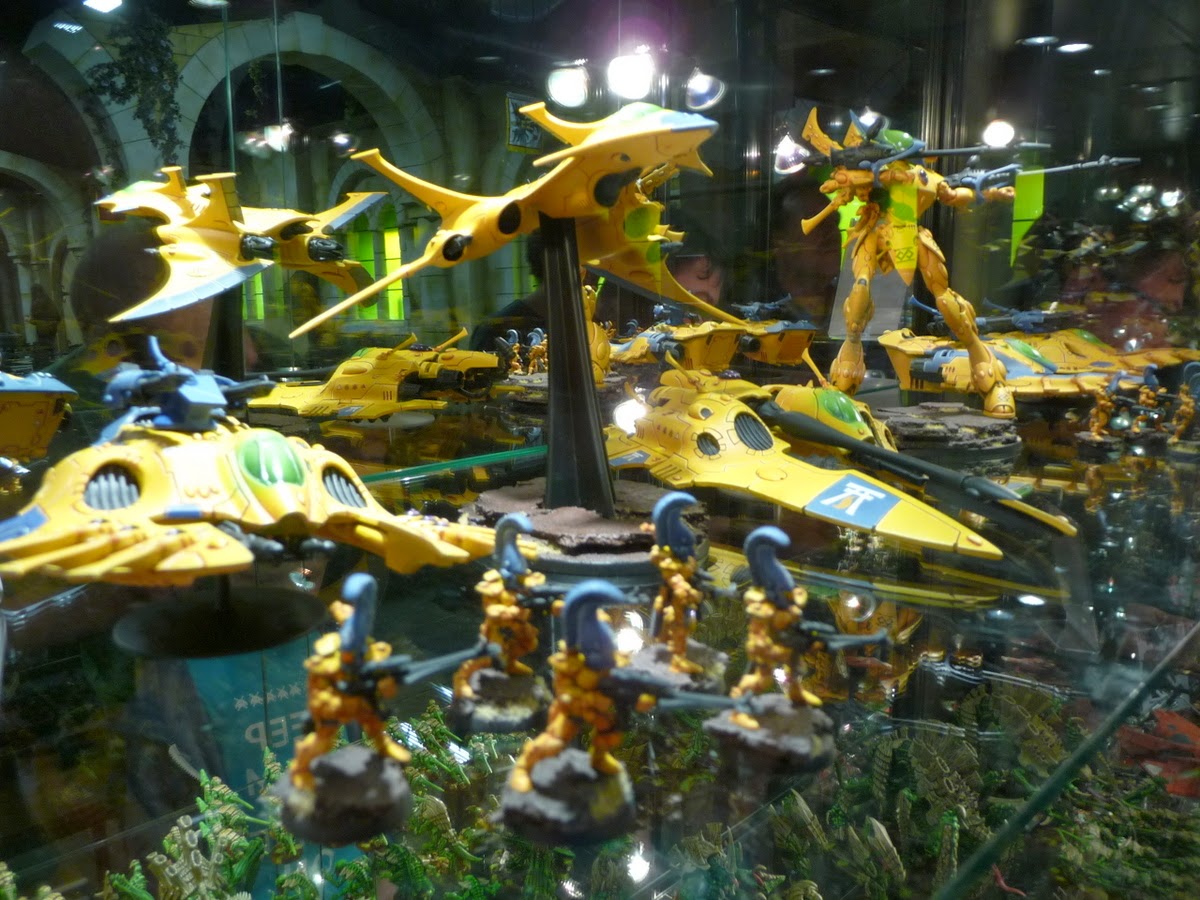 Iron Warriors, to which my Genestealer head will be added and I will be adding one of their heads. Check out the rest of the army. 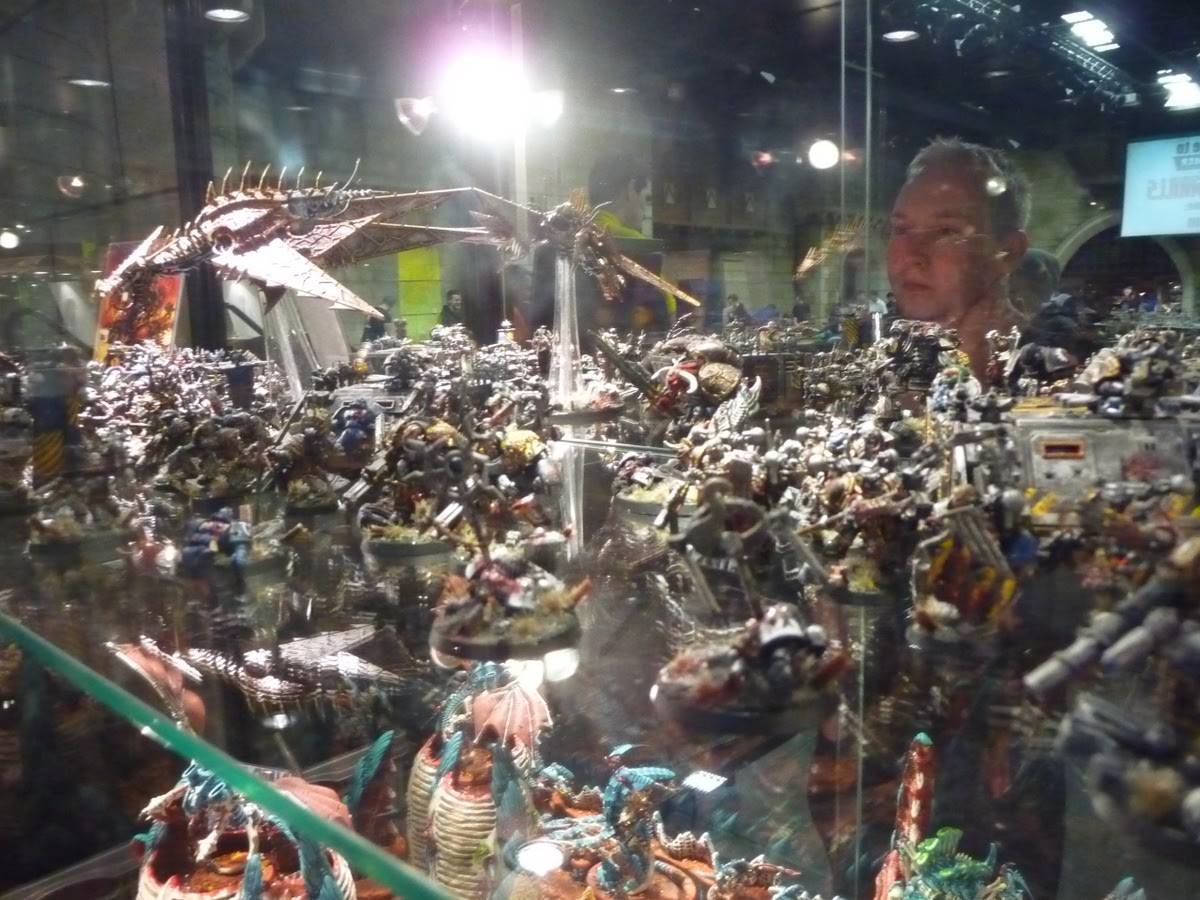 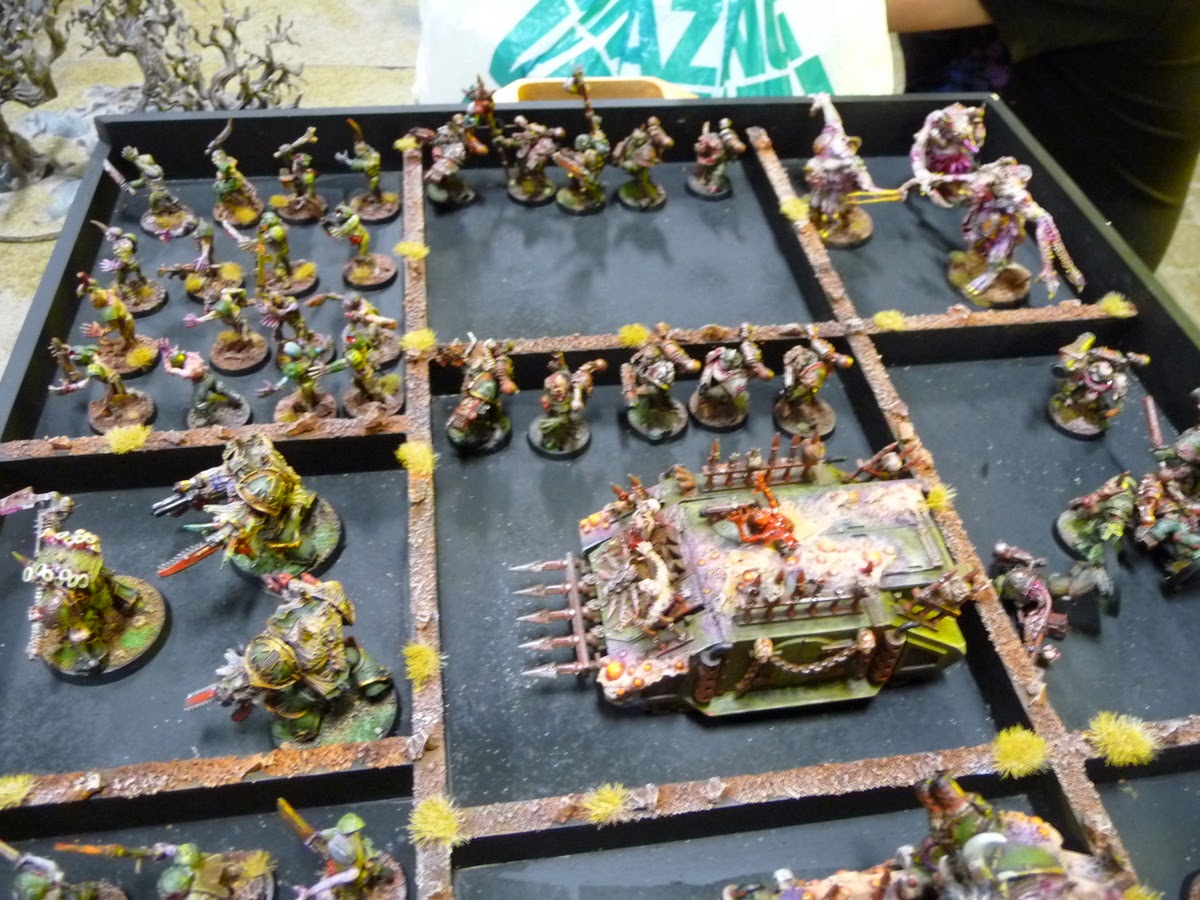 Some crazy mutations going on and old skool Rhinos. 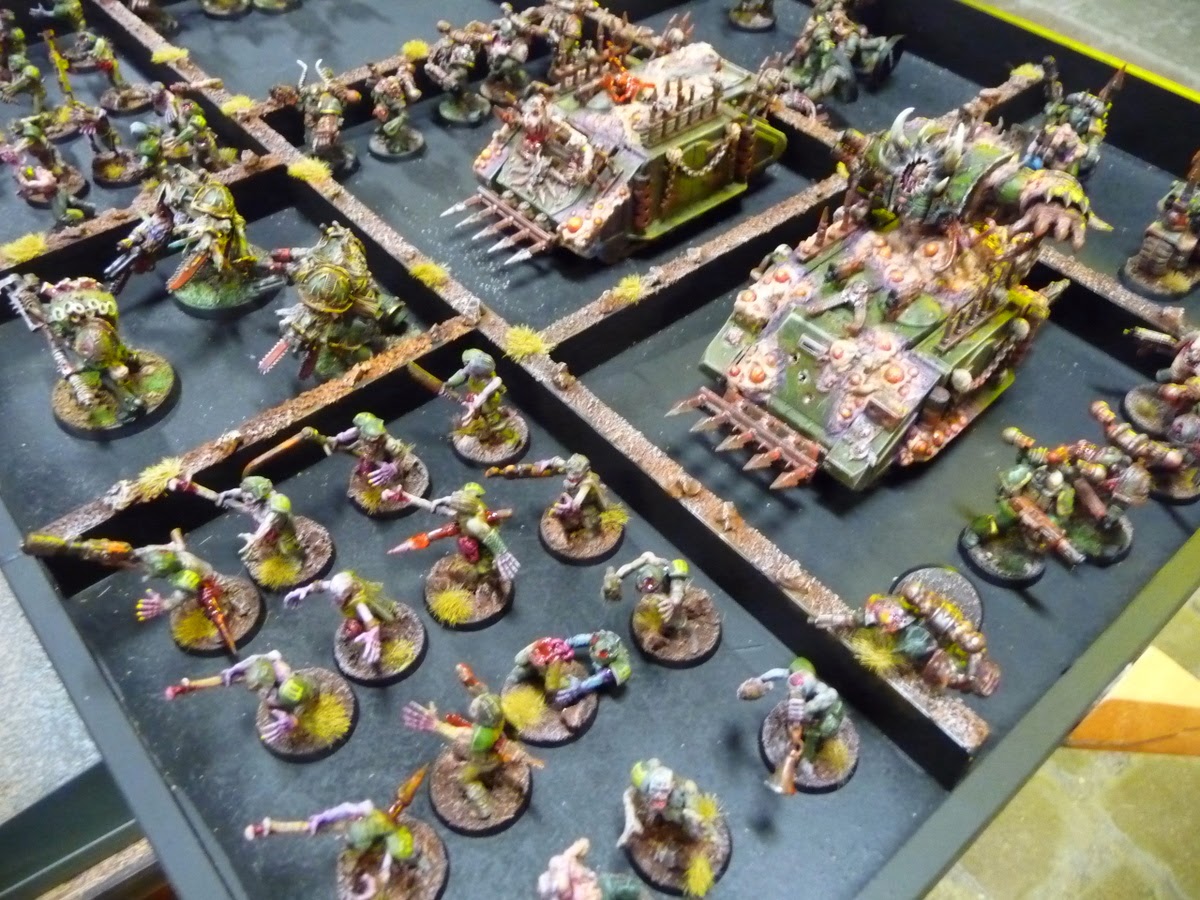 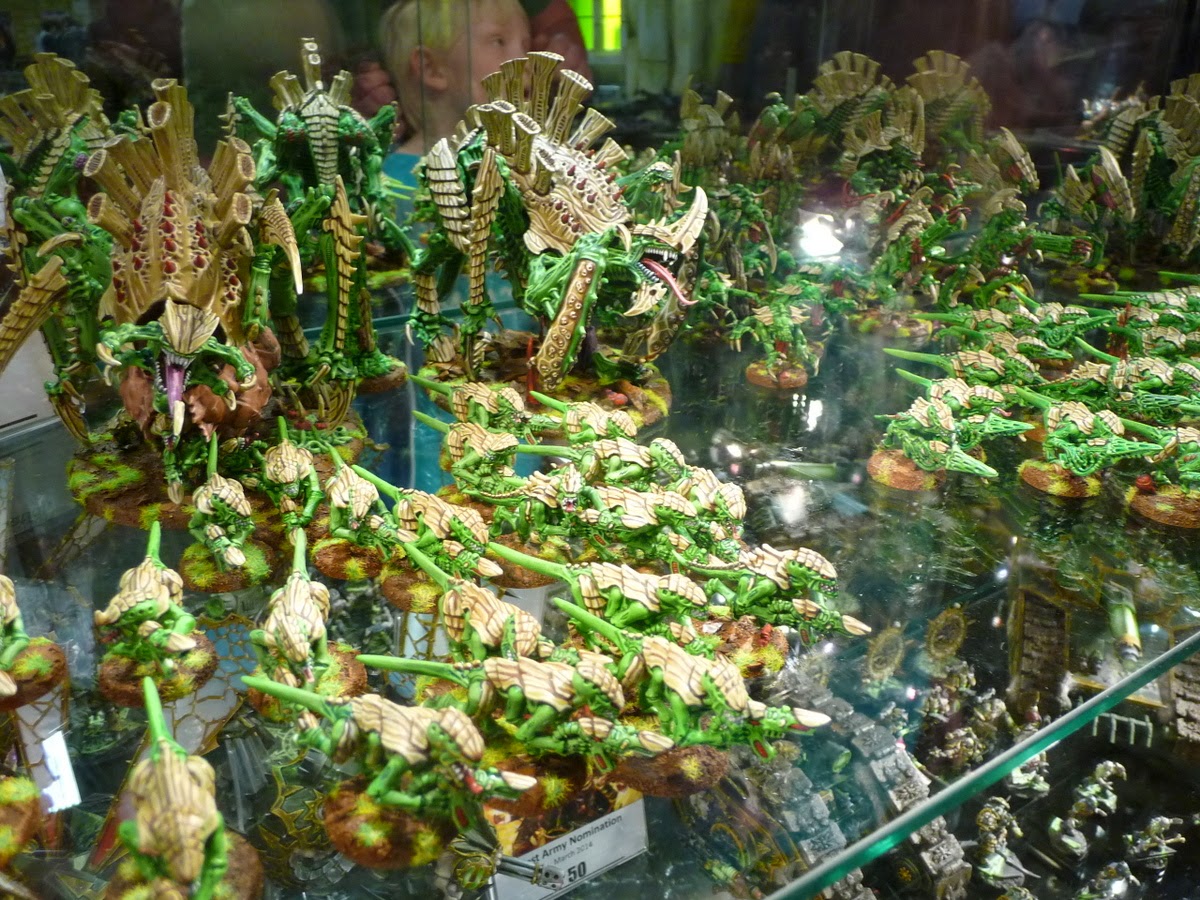 Nick from the events actually thought these were White Dwarf Editor Jes Bickham's when Otty entered one of the Tyrannofex in the Monstrous Creature competition. 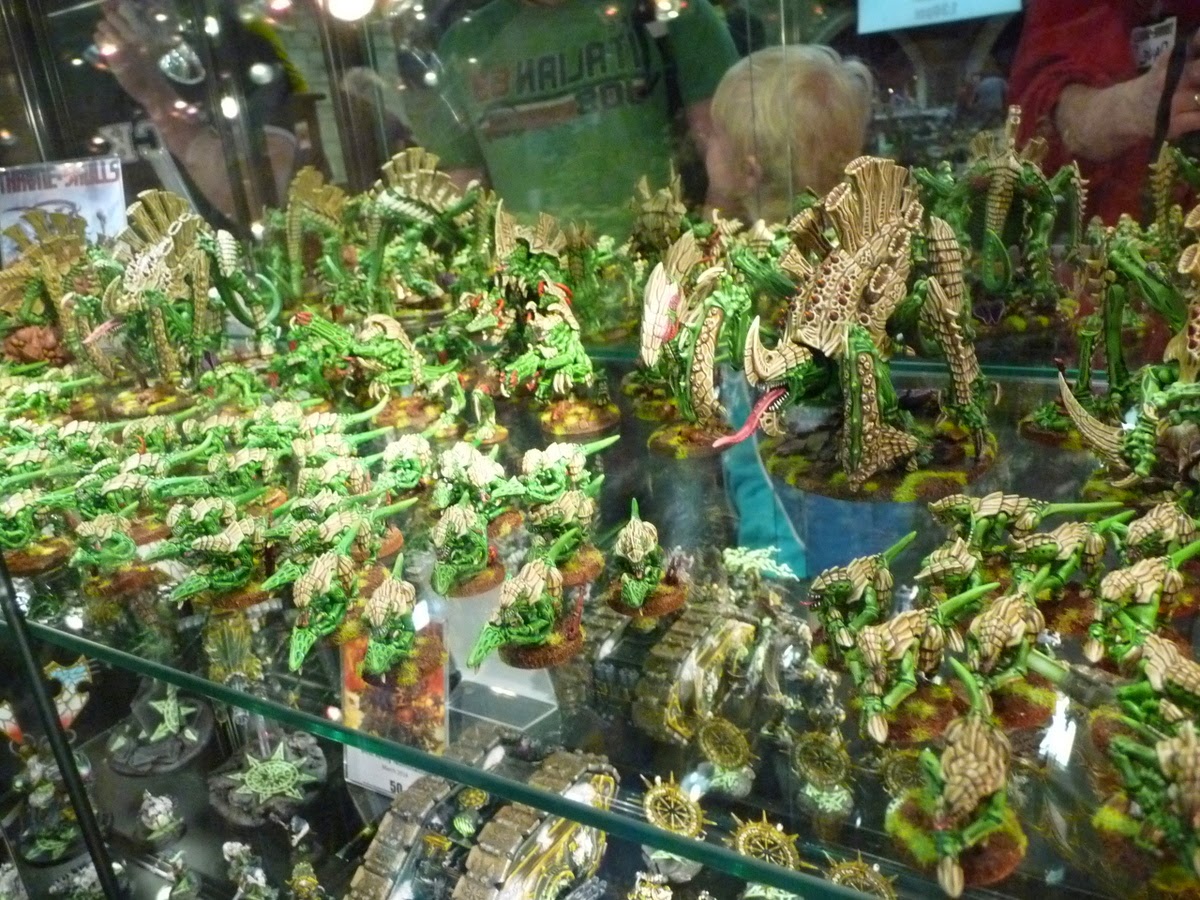 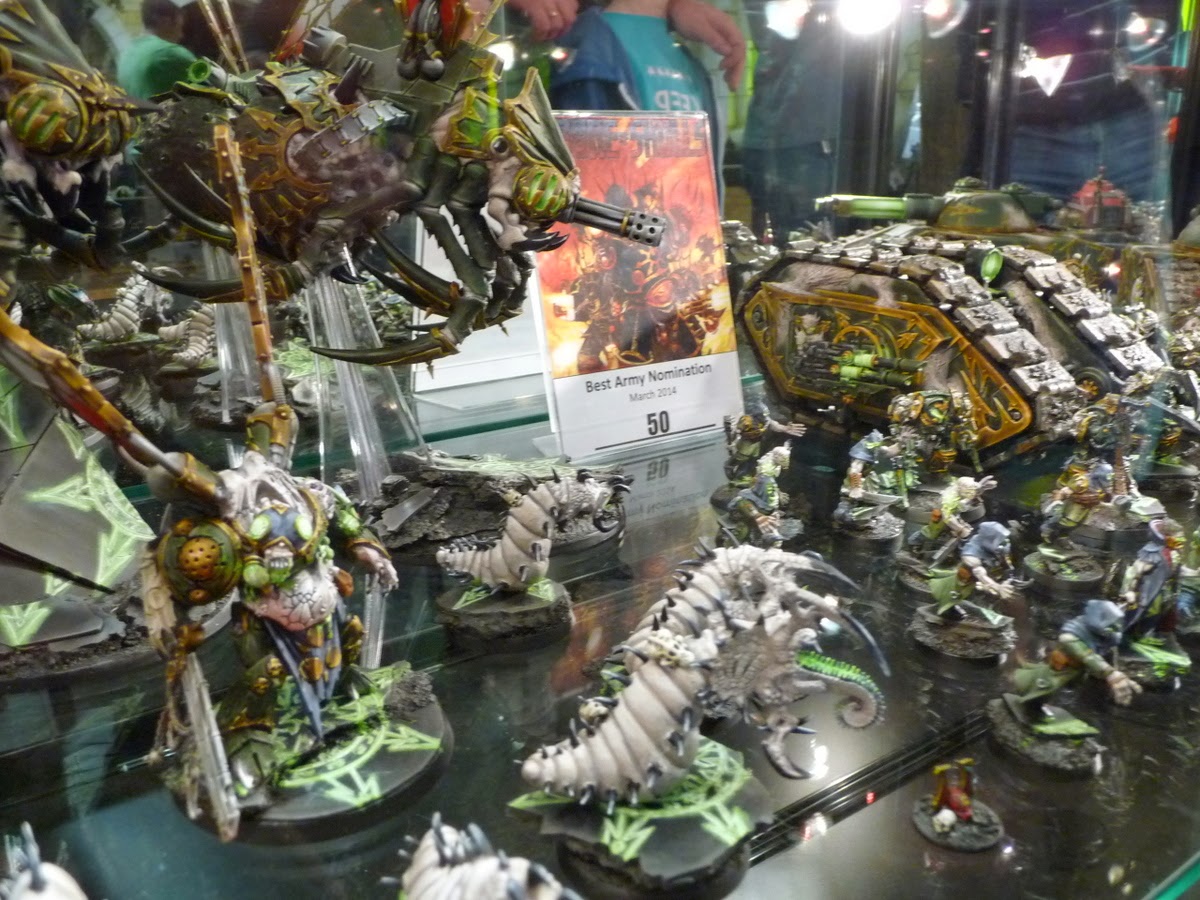 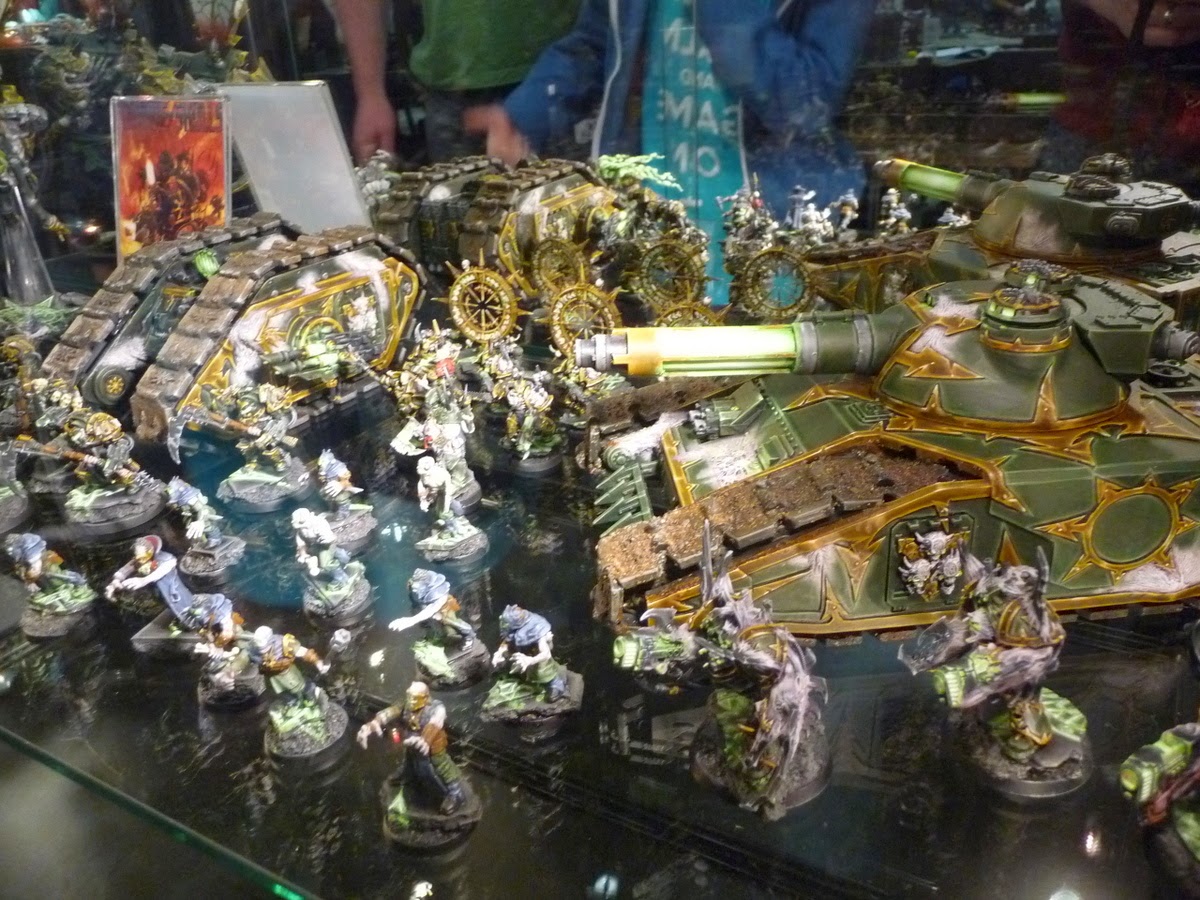 And my Nids, I had to take the towers off to make it fit, have to say I was both cursing and giggling first thing on Sunday morning testing to see if I could fit it in. Such a relief that it just made it. 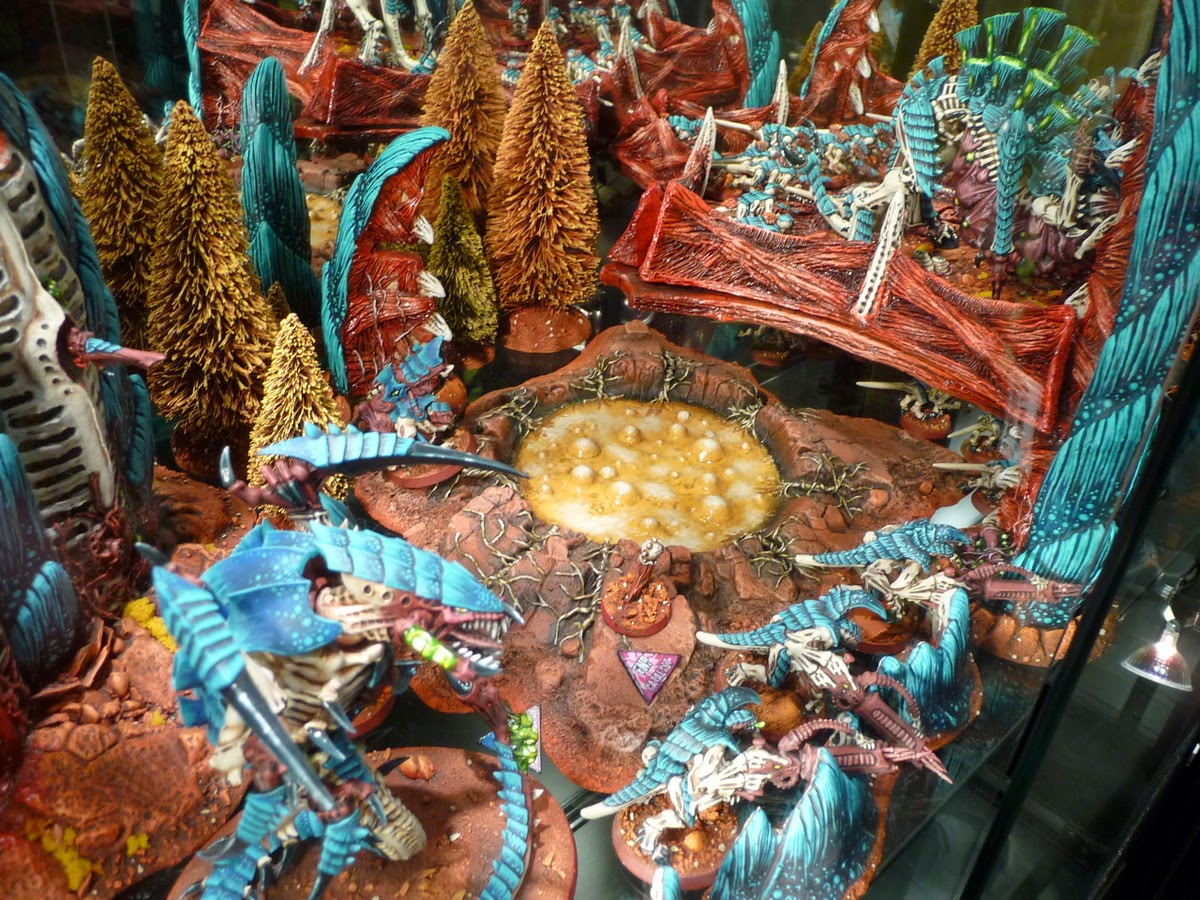 It's like it's a little Armies on Parade board. 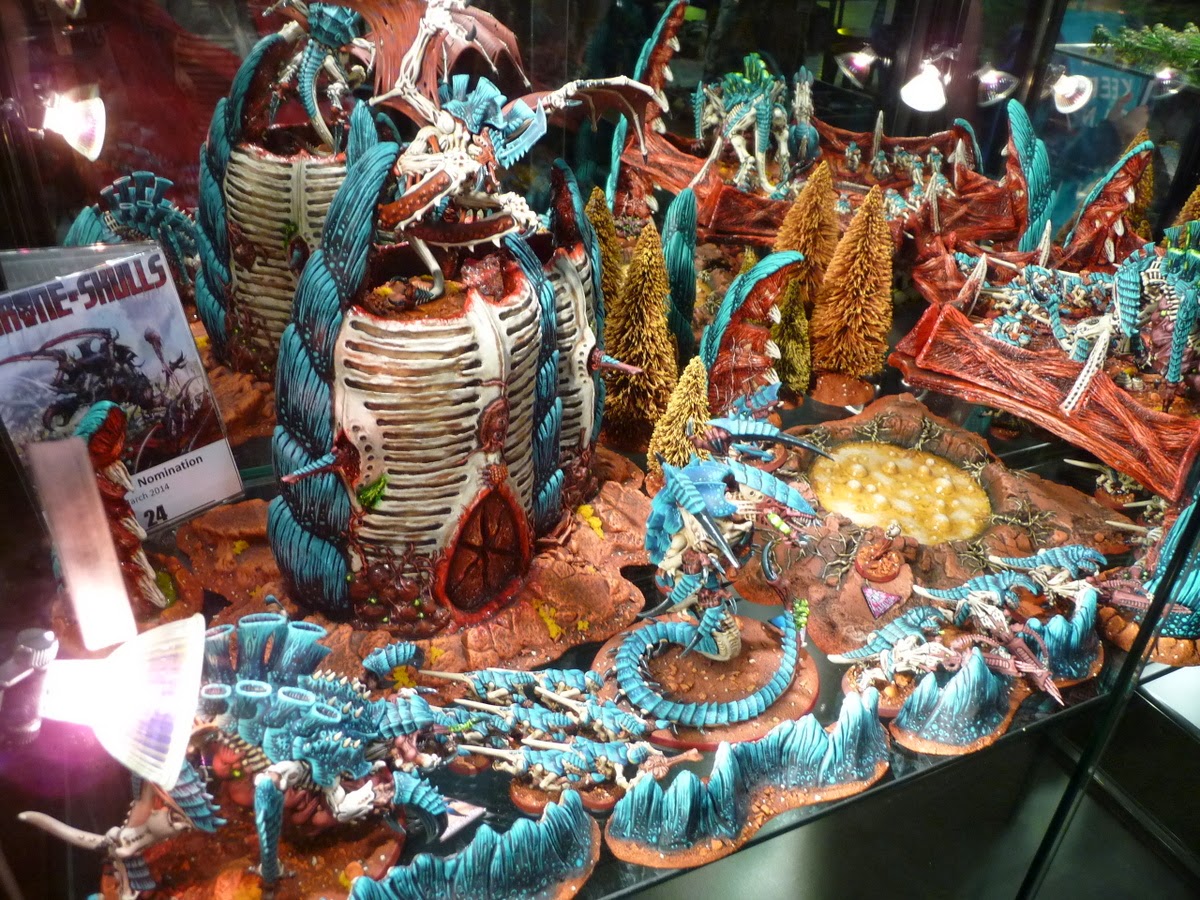 I suppose it does look kind of impressive. 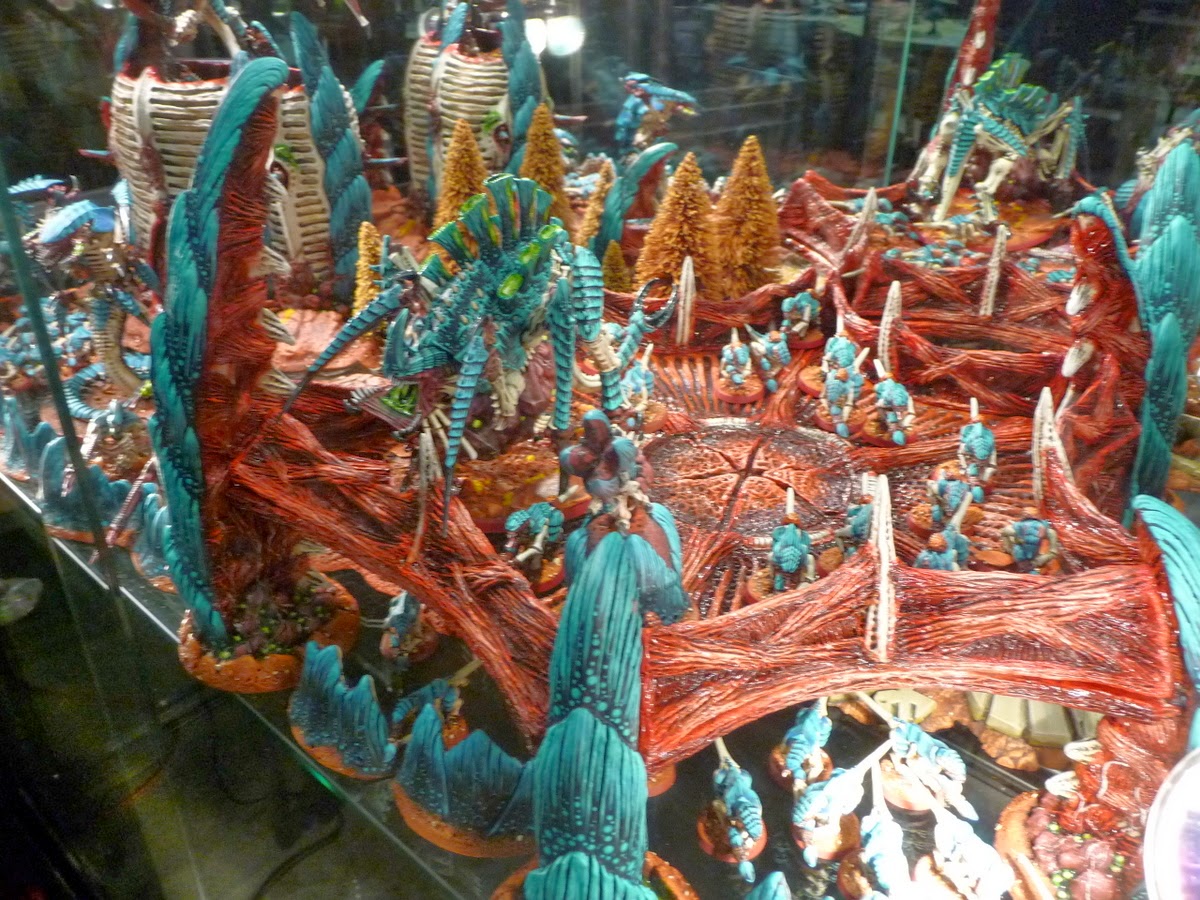 That's your lot folks, winners next. 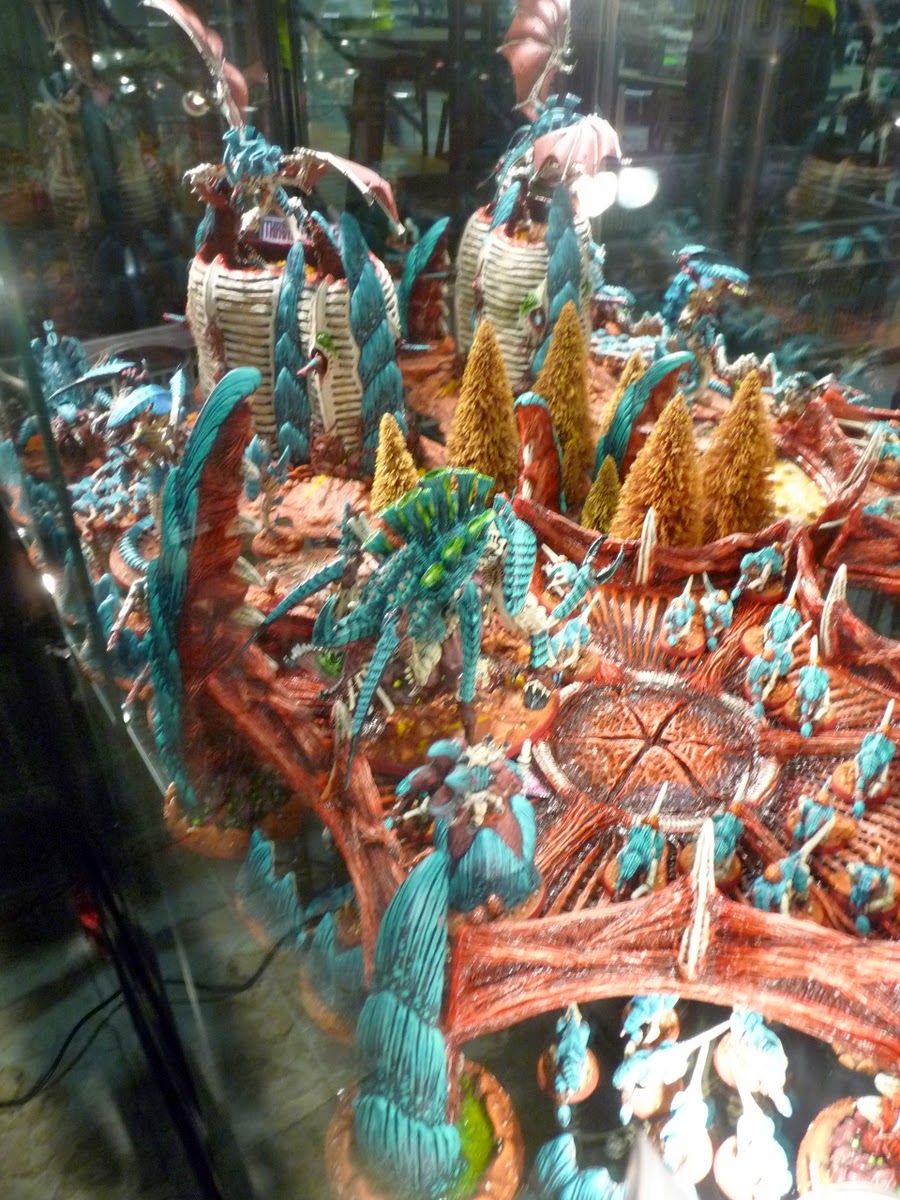