As I said in my 'what's on my palette' update I've been adding in soem extra Genestealers while painting. This Stealers kitbash was post-priming and basing so I needed to find a way to prime his arms without doing the base again. 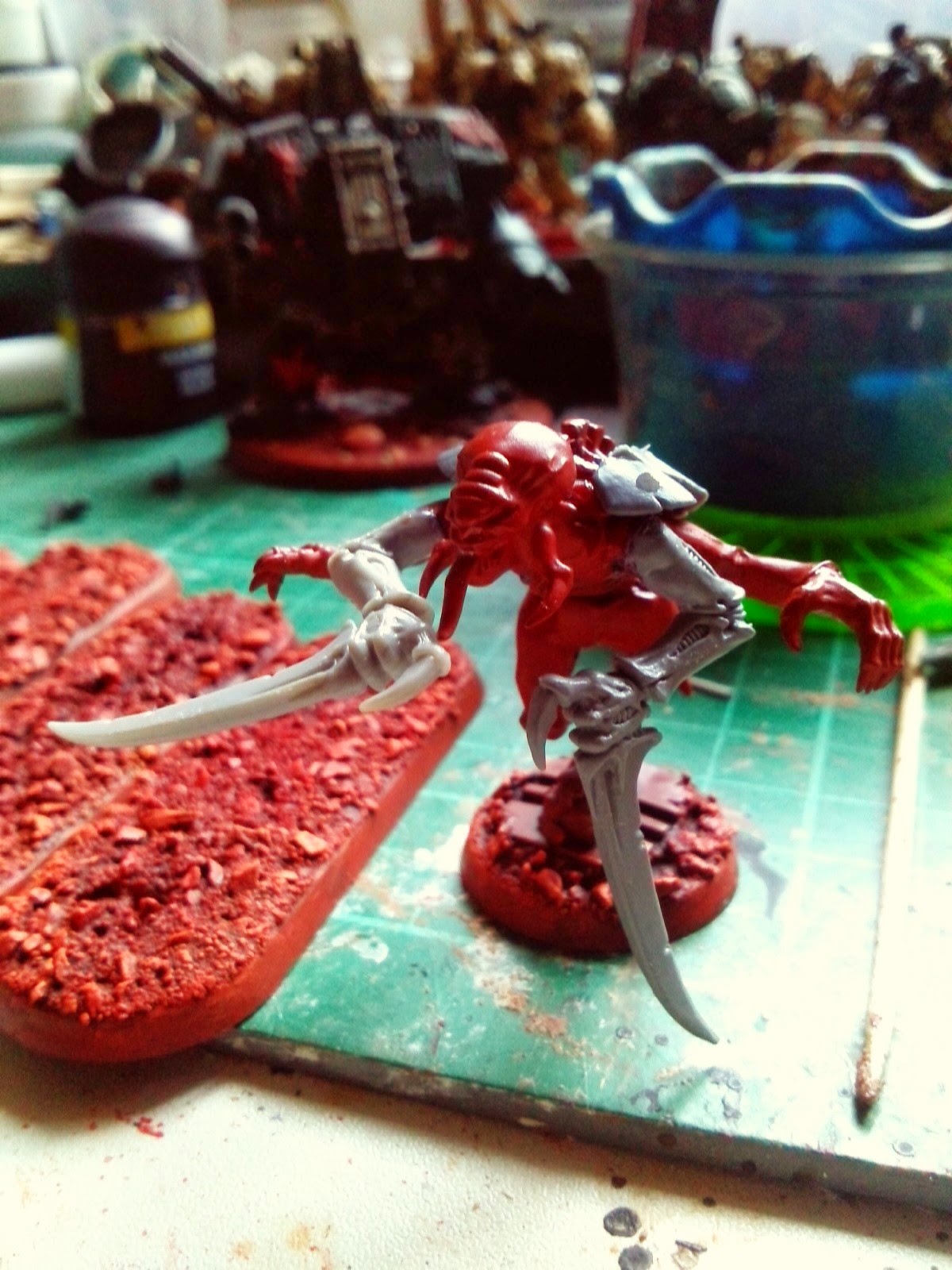 So I got a sheet of A4 paper, cut a line halfway up and used a hole punch at the end. 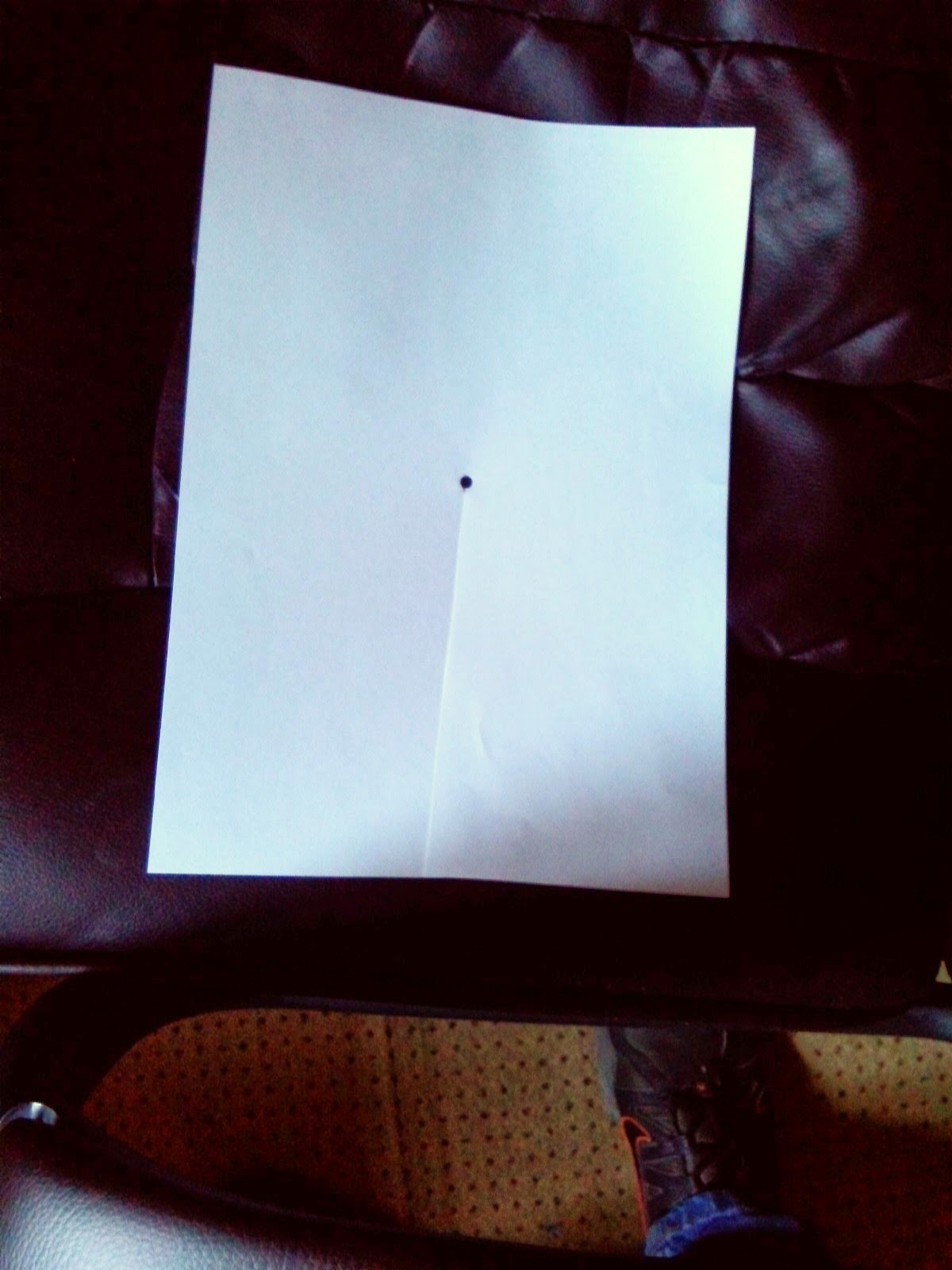 This then allowed me to simply mask off the base from the rest of the model. 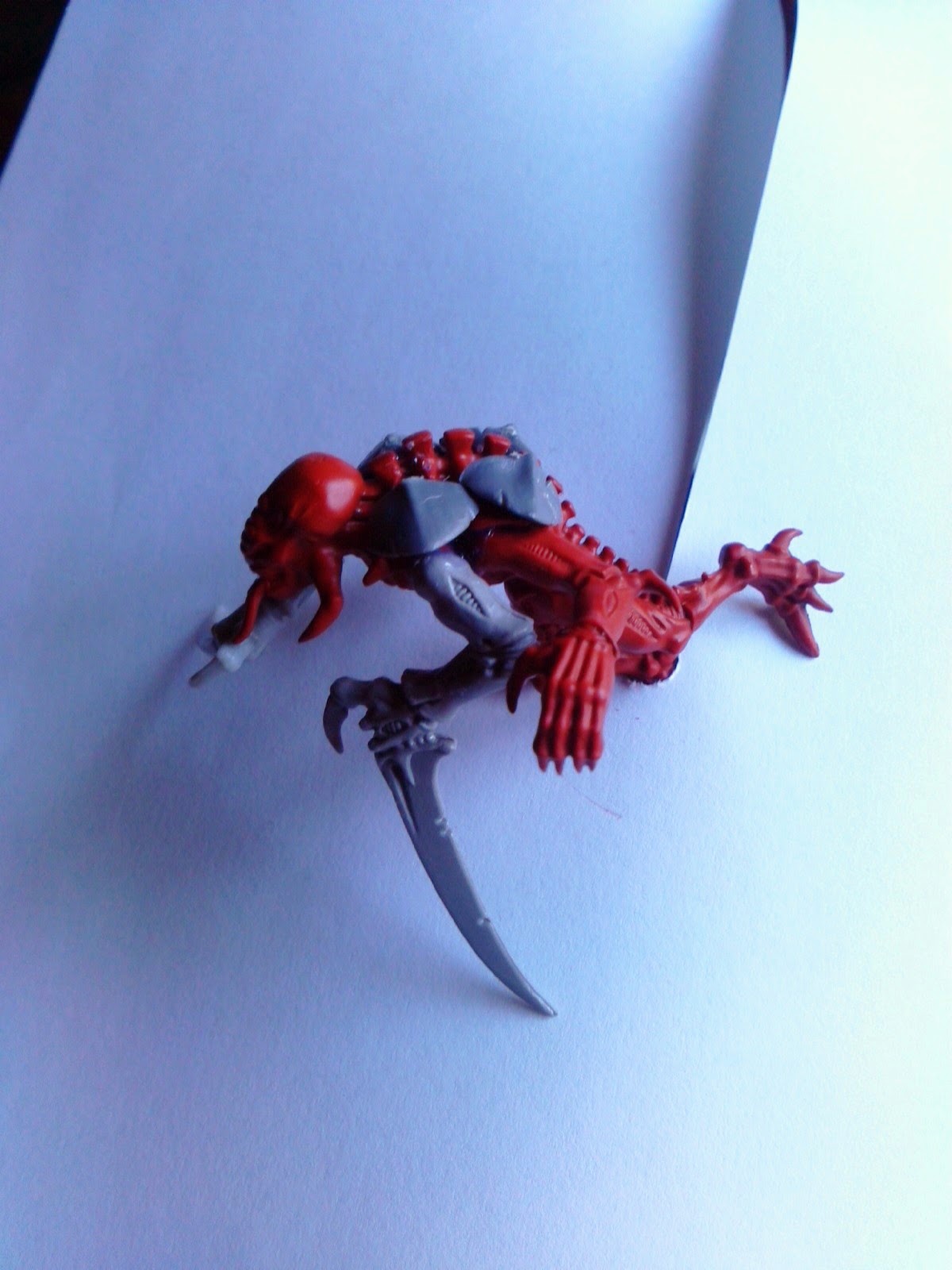 And primed without needing to paint the base again, simples! 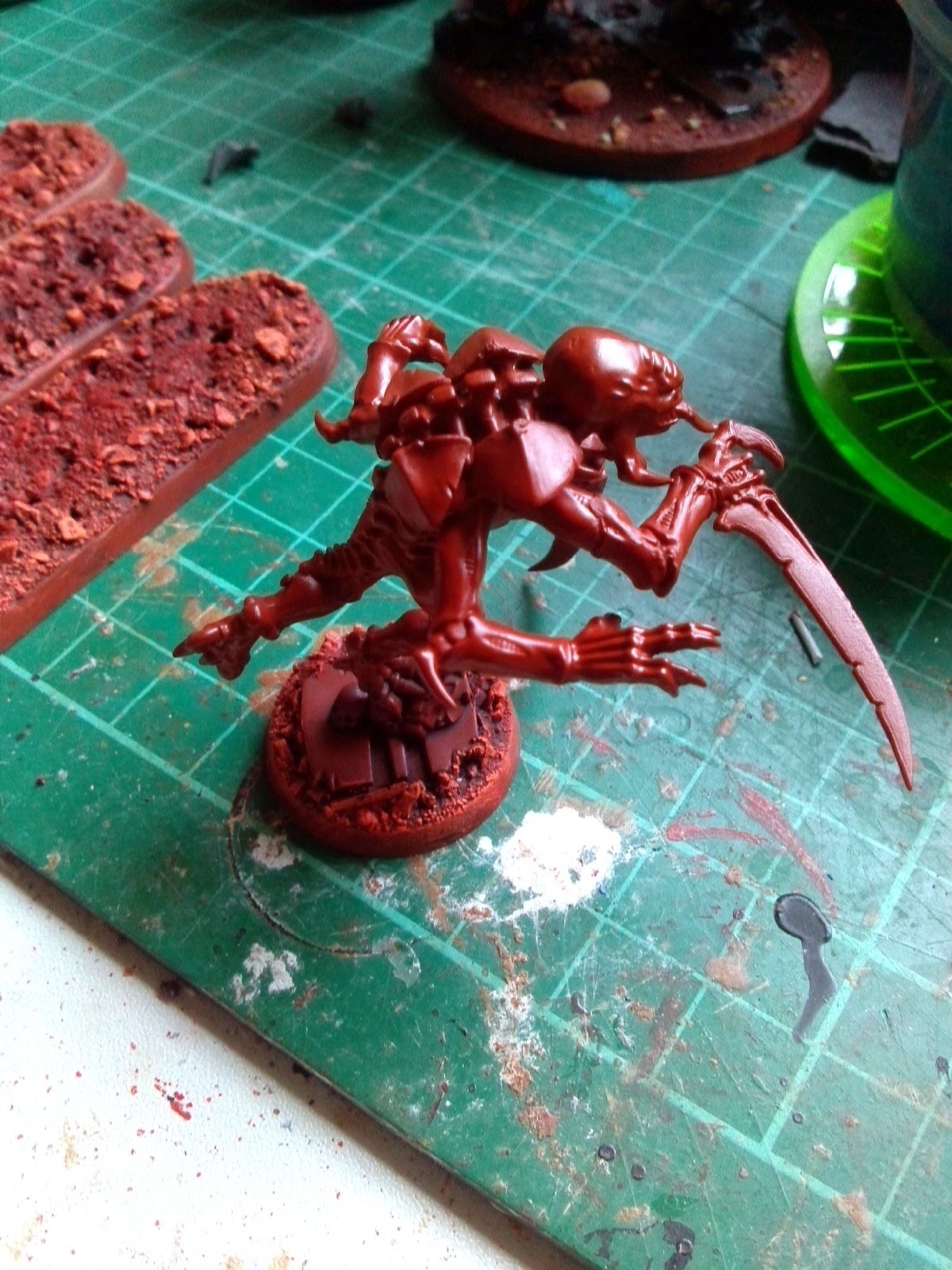 Here's the rest of the Stealers. 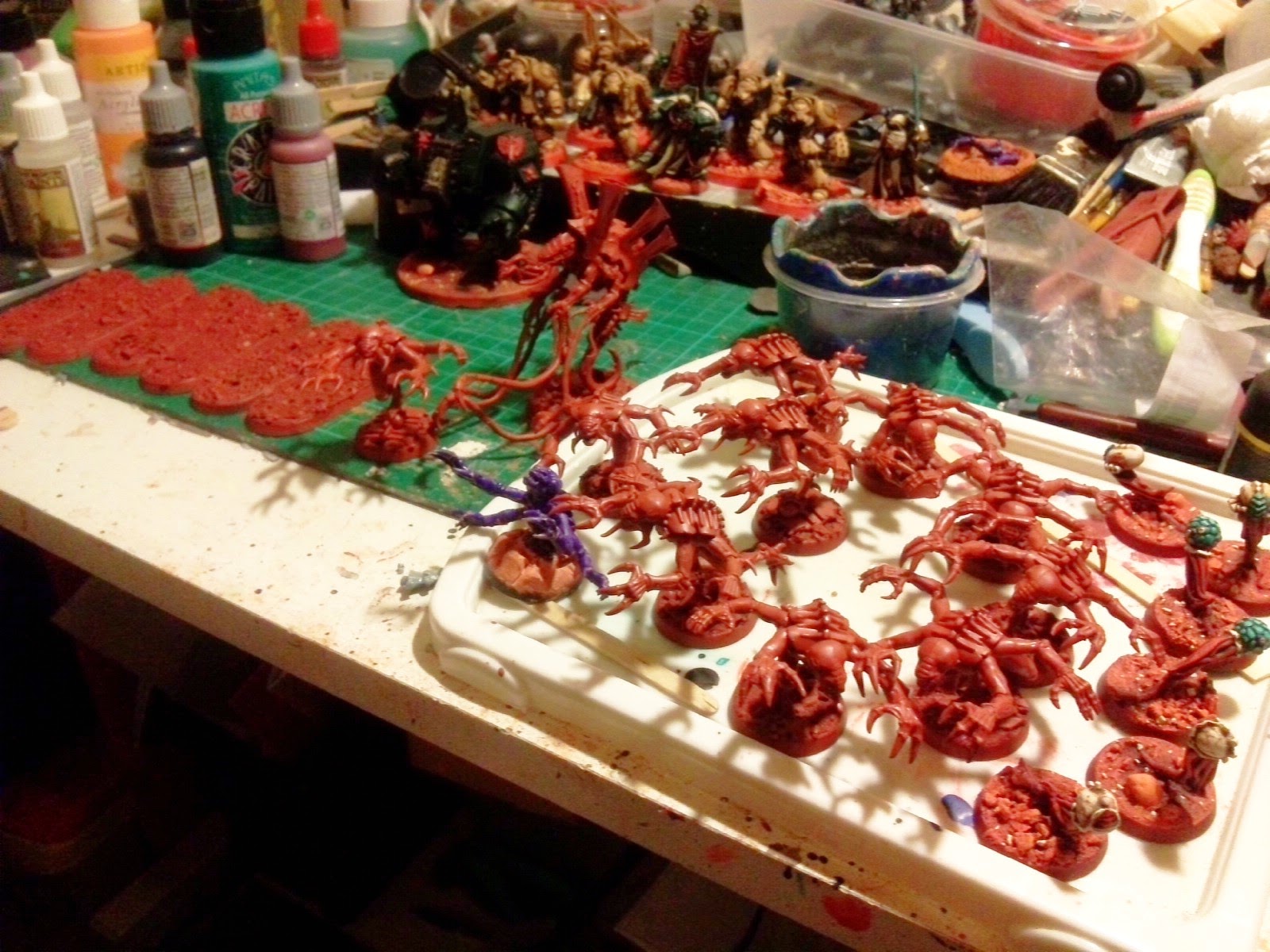 In particular this fella, he came broken, just at the ankle so I liked the idea of still showing it rising from dormancy, like a Ymgarl stealer. It also added a little variety to the brood.

He's since had some sand added to the base and his back to show it falling off him as he bursts from the ground. 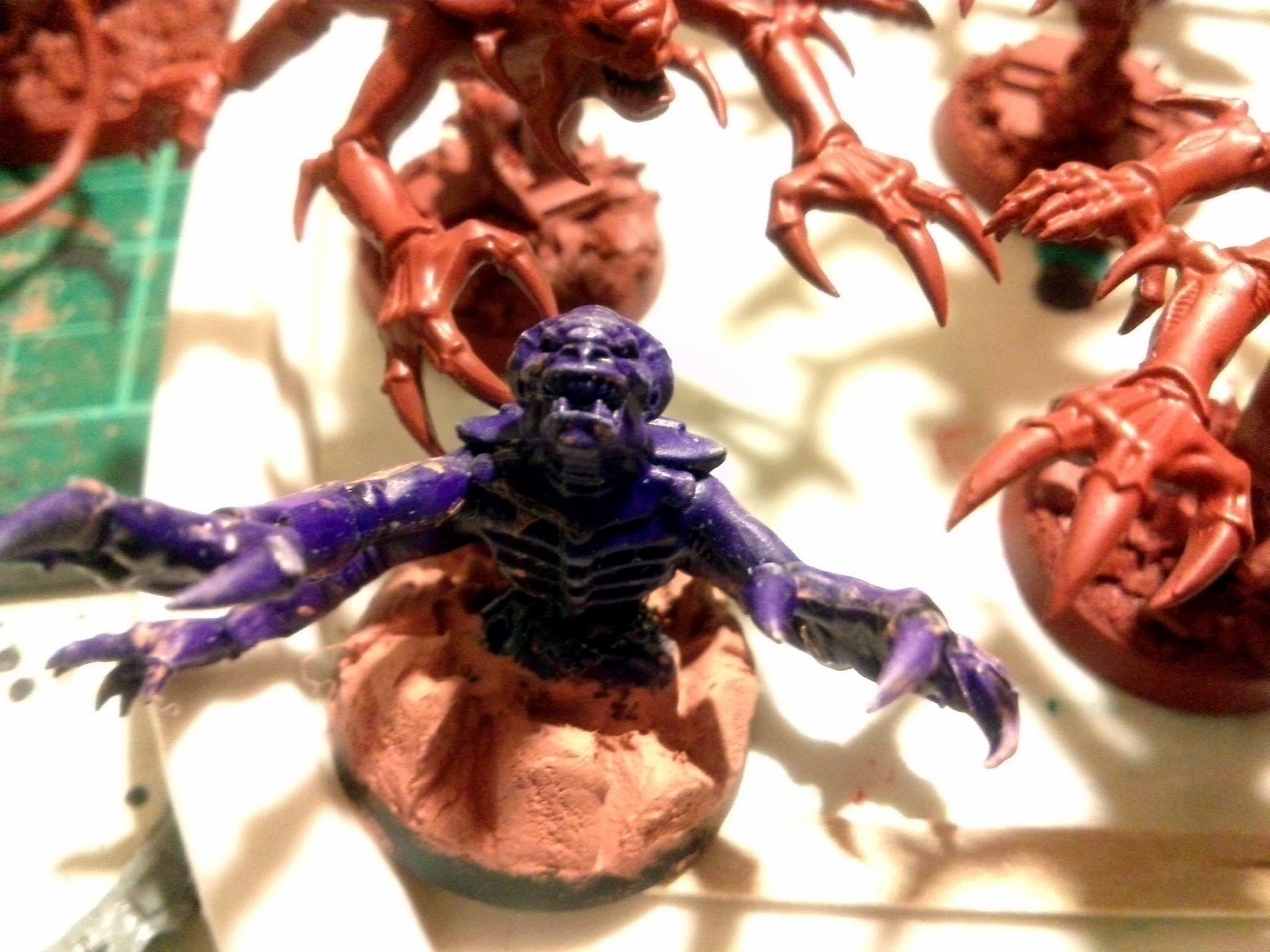 I've painted 5 stealers bonewhite so far, I'm trying to be careful so the red oxide primer can be sued for the fleshy bits but this process is slowing the base coat down and making it tedious so I'm only doing three models at a time to preserve my sanity. That way it also feels like I'm not devoting all my efforts to nids when it should be on Dark Angels.
Posted by 40kaddict at 12:27