The Great Devourer has come, he may have bitten off more than he can chew.

Well I have the new Codex and I've tried to put my first list together based on mainly what I've got :( It's probably due to taking two Flyrants but their my only viable options at the moment.

Meanwhile I think the Genestealers will be going into storage, but what of the Broodlord?! He's pointless now! No longer an upgrade so you can't have 4 Stealers and him and the Horror... oh the horror! The amount of armies you face that are Fearless. I mean it was bad before when you swapped out for Biomancy and rolled a Witch Fire spell but now we've no choice.

I may not have been using them much recently but they were always an option on bringing extra psychic abilities, scoring and the occasions where the Broodlord has tore someone apart. Now I don't think they'll come out the box unless I was feeling Masochistic but I think I can enjoy that attitude with pretty much everything else in the Codex!

Still it was £27 at my FLGs and with my second place winnings of £20 from their tournament I'm happy at that at least. I've just won a Carnifex and 3 new Warriors to convert to Hive Guard but given what I could get for 1500pts I'm not sure I should spend any more, except for Termagants, or maybe I'll just retrofit some Hormies... 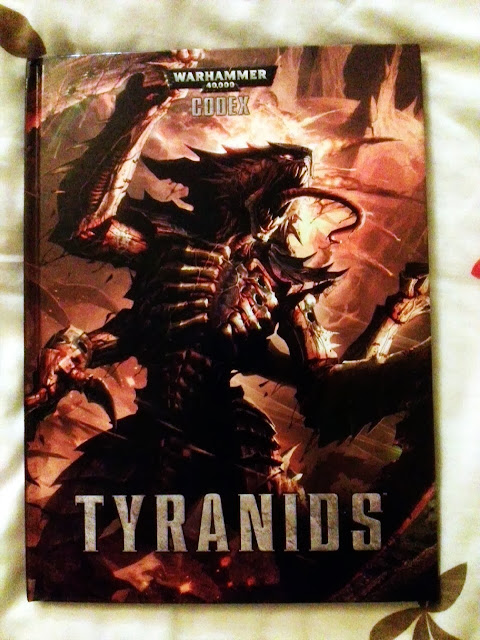