I originally wrote this post earlier in the week, that'll learn me as many of the rumours have since been replaced by facts and plenty more facts that have come that we wish were in fact sick rumours. So please take that into account, I'm not about rewrite something already written when in fact a lot of it is still valid. Obviously the Spores ARE gone, and there's no indication we lose Fortifications [and no indication we don't get use Emplaced weapons at full BS but I expect a day one FAQ to remedy that].

The Tervigon still suffers though, only one psychic power, no ability to confer biomorphs to spawned gaunts and when it pops it does so at a 12" range - so much for that big blob of 30 that made it a troop - good luck getting all of them at least 12" away, out of Synapse where they'll revert to Instinctive Behavior, doh! Oh and the lovely spawn rush I used to do - spawn 6", move 6", shoot 12" and assault 2D6" it was awesome, it was certainly unique. Now they spawn at the end of the turn and look to have the same rules as most models arriving from reserve/deep strike. That draws it into line but does remove the 'special' ability and is less fluffy as a quickly advancing horde. Still, as they now spawn at the end of the movement phase it will make it easier to get them into range of an objective and spawn 6" and Run D6" to claim/contest. Crushing claws at least do have Armourbane and +1Swhich means I can average 13 armour penetration with a potential 18 on it's 4 attacks on the charge. I was excited about this against Lords of War until I realised the 5-9 Warp Speed Smash attacks would have been ranging from 11-16 [and we get to re-roll vehicle damage]. I'm not sure what the maths is on that but I'm thinking this was a better beast in the old Codex.

Still, the Winged Tyrant has gone pretty much unchanged but cheaper and a higher BS which is great news, although Hive Guard losing a BS?! This does make the twin Flyrant list almost mandatory, which was another issue needing to be fixed. With a Tyranid Prime now over a third more in cost I don't think I'll be fielding either of my, better than the new Official model, conversions. However, it makes it essential I put the Tervigon in troops, but with Termagants now being mix and match I'm wondering whether to have a brood with 10 Devgaunts backed up with 20 Fleshborers to save points. It'll at least be something the real nerd net-listers can work out. Anyway, on to my outdated whinge. 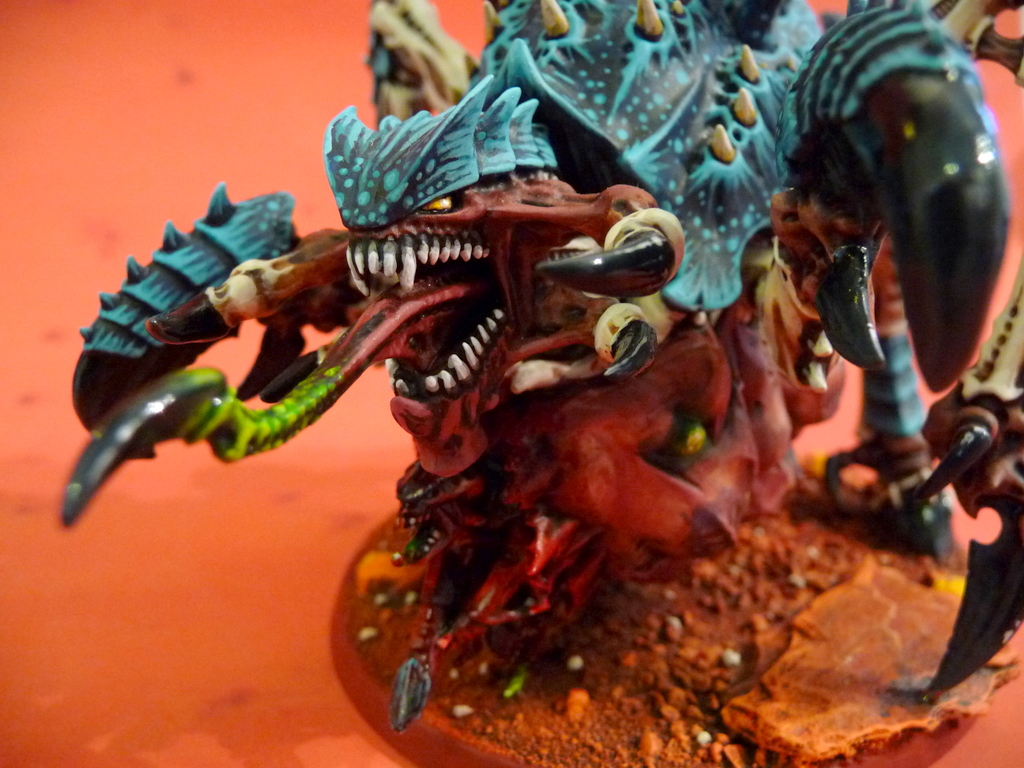 As I'm currently cresting the wave of my most productive hobby efforts for months I'm trying to continue the momentum as I push on with my Tyranid Skyshield. It's daunting as it's complicated, it's not 'out of my comfort zone' because before X-factor we didn't have those, it was something I was 'inexperienced in' or 'unfamiliar' now we all have these 'comfort zones', anyway I digress.

So although I'm thrilled with the hobby aspect and hoping I can continue with it, gaming wise I'm a bit down. Really all my expectations for tomorrow's new Codex have been stripped away. Surely this can't be right? Shouldn't I be really excited? Instead months of rumours followed by recent photographic facts have put paid to that. We still don't know for certain about the Mycetic Spore but I've accepted the loss, and the loss of the Doom. Biomancy too has not been completely ruled out but I think it will. Now I read Ymgarls are gone :( and by the looks of the rules in White Dwarf standard Stealers have had no extra rules that would make them the 'ultimate shock troops' so described in those pages. 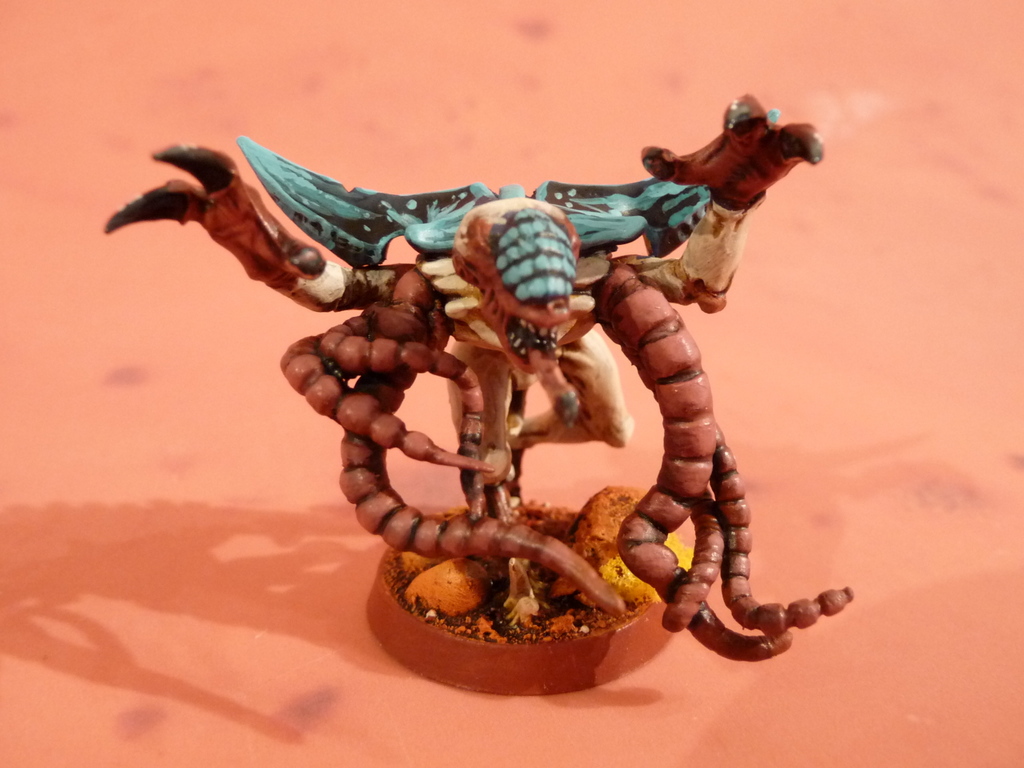 If Fortifications are denied us too then that will be it but right now the thing that has upset me the most are the changes to the Tervigon. Now I know a lot of opponents will feel that these changes make them fairer. Currently you can run five of them, three as troops and when they're Iron Armed up they become nigh invincible. But you know from the blog I run two, and was considering a third just because the £ price was cheaper than the new figures. But now the deal to make them troops is 30 Termagants, not 10 and as far as the tiny little picture in White Dwarf indicates for each full brood of 30 you can unlock ONE Tervigon as troop, not all as initially thought. So the Tax got a whole lot more for these. It doesn't end there though, without Biomancy they are easier to kill with no access to Iron Arm and Endurance. Without Warp Speed I  can't get my extra D3 Smash attacks and apparently Crushing Claws are rumoured to no longer add D3 attacks but possible be increased strength so you don't need to Smash. That helps the likes of Tyrant Guard but suddenly my 5-9 S10 Smash attacks on the charge becomes 3! 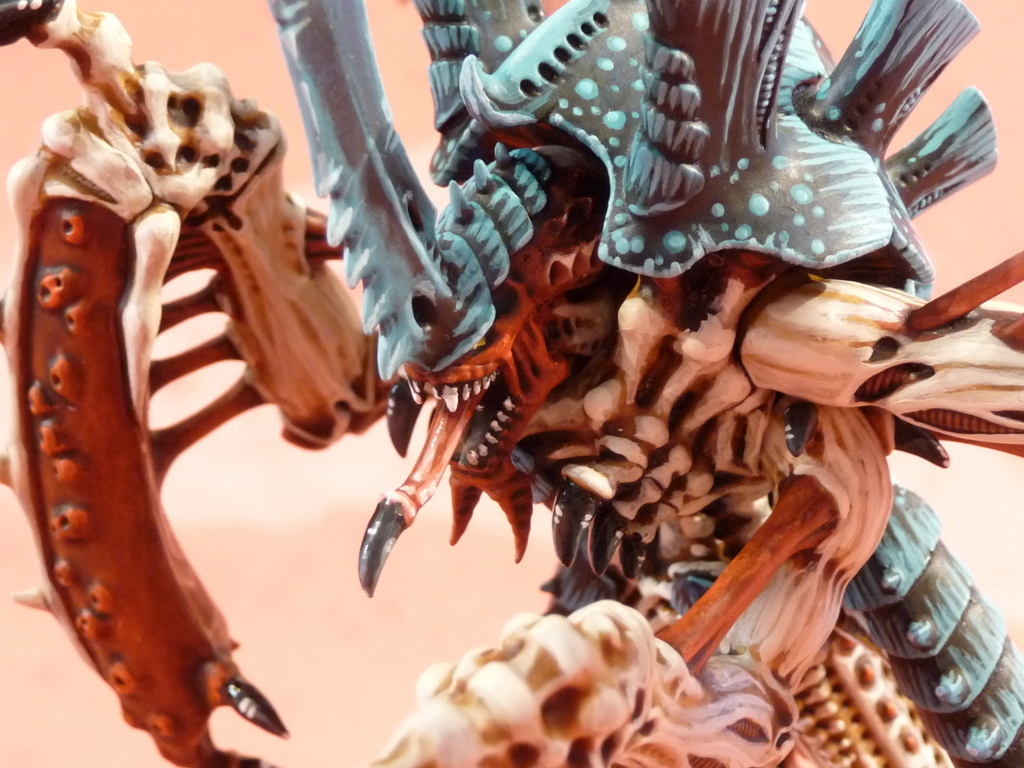 The Tervigon can be played in a variety of ways, it can spawn, it can hold objectives, it can be the corner-stone of your force and it can be the spearhead. I've used it in pretty much every one of those configurations and although I've used it as a HQ choice and think it makes a great one I also know I need to take advantage of those slots with other creatures. The WD battle report also shows they now cost more, so ultimately it seems as though they've nibbled at every aspect of the model and made it worse. 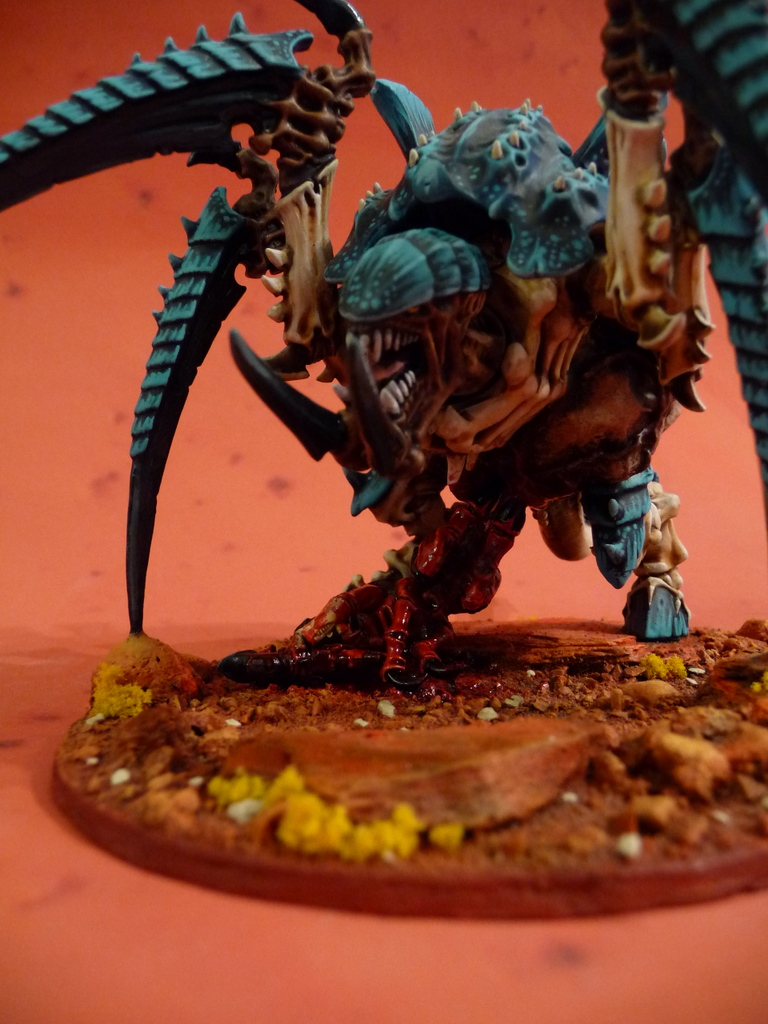 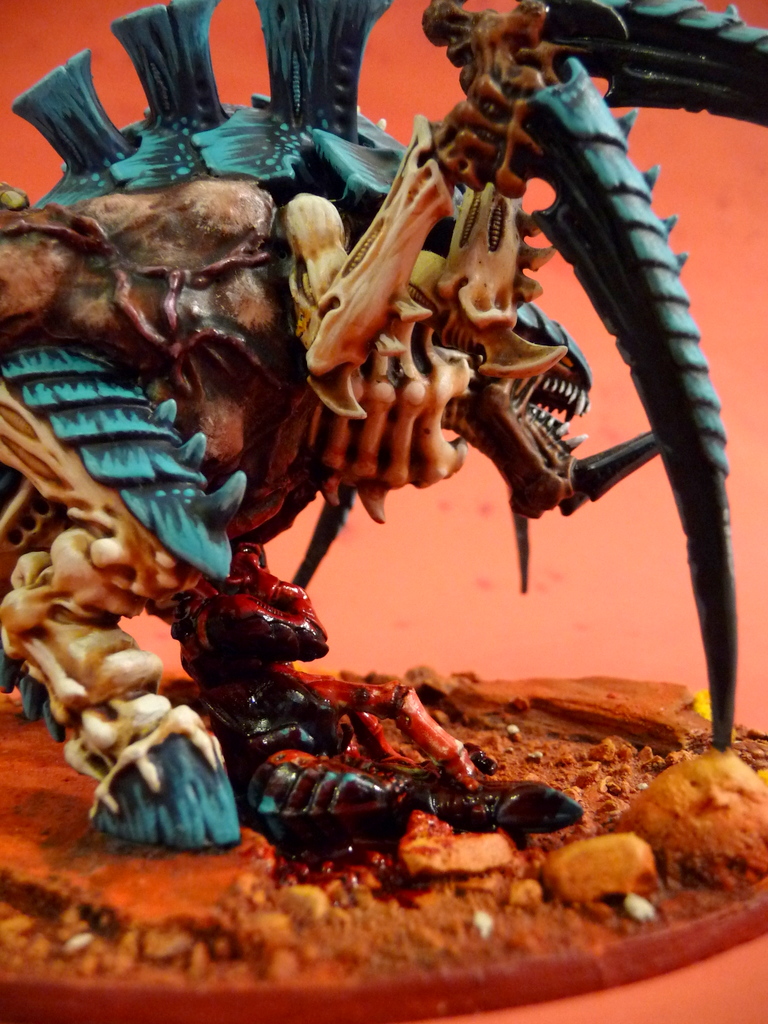 The ridiculous thing is that they were tough but they weren't overpowered. When you spam them, sure, it was a way of losing friends but two was always a gamble on whether I'd win or not, three was a better chance. I've no idea how I'm going to run them in the future, the brood of 30 gaunts... well I can't decide whether to mount up a further 10 Devgaunts and have a big blob, but I don't want to shoot 90 Devourer shots at one target, certainly with no way to deploy them. However normal gaunts are now 1pt cheaper so I can spend 120 pts to unlock a more expensive troop choice that's now potentially less durable and/or effective!

So, as I lay down to sleep tonight I can honestly say I am not completely looking forward to tomorrow. I know that a lot of people were let down by the 5th edition codex, but when my son chose 'nids we practically came into it new and bypassed the transition and the pain that went with it. I fear though that all the things that worked, or were eventually made to work with 6th Edition rules will have been broken and we'll have nothing left. The only thing I think that remains is maybe Devourers on Winged Tyrants but even then I've read we no longer get the -1 modifier to the victims Leadership roll! We will have to wait and see but I think this may well be a dropped ball. All those rumours of 'every unit viable' may have just been nonsense. I hope I' wrong, but my appetite for what may come is rock bottom. I've a game lined up with Ben using the new Codex a week on Sunday we will see how it fairs then.

In the mean time I'm going to continue modelling but I've not much blog material for it at the moment, I've been 'doing' not 'recording' again, so please be patient should I miss a days posting or two.

Just clarify, I truly think we should all, as Tyranid players, be rampant with excitement. I don't feel that, I feel there are are lot of things we've been let down on. Things that did need to be fixed - Trygon tunnel rule for instance have not. There are some good things, but this is by far from a universally anticpated release. In fcat the attitude is predominantly hostile on most of the forums I've been on. I can't imagine this is what they expected. No one sets out to make something rubbish but I think the information so far is a release that will not inspire people to pick up the bug, if they haven't already and will anger those already bitten. A shame, I'll muddle through but this feels like knocking us back to January 2010
Posted by 40kaddict at 12:13