When last we left the Landing Pad I'd been quite content to have masking tape as the base for the detachable walls. It had texture and was flat enough so that where the walls join would not look all goofy - change of plan! Having primed the pad with Red Oxide car primer I was particularly underwhelmed by the result on the masking tape as it just looked like sprayed masking tape. So I quickly whipped up some PVA and plaster and coated the edges. I think I'd even added the first set of washes so to back track like this was quite a step. I hoped I could just spray the edges without losing too much of the wash already done. I don't usually rewind like this so if I did, trust me, it must have been sub-par.

I stupidly did not mix some water with the plaster first so the end result was a mix of PVA and plaster but it had quite a few clumps of plaster did did not mix properly [face palm]. Thus the end surface was all over the shop, my lovely flat join was gone and when I came to try and sand it the stuff was just armour plated. I was forced to using my Dremel to get through the stuff, with the end result cracked and pitted but at least somewhat level compared to when I began. 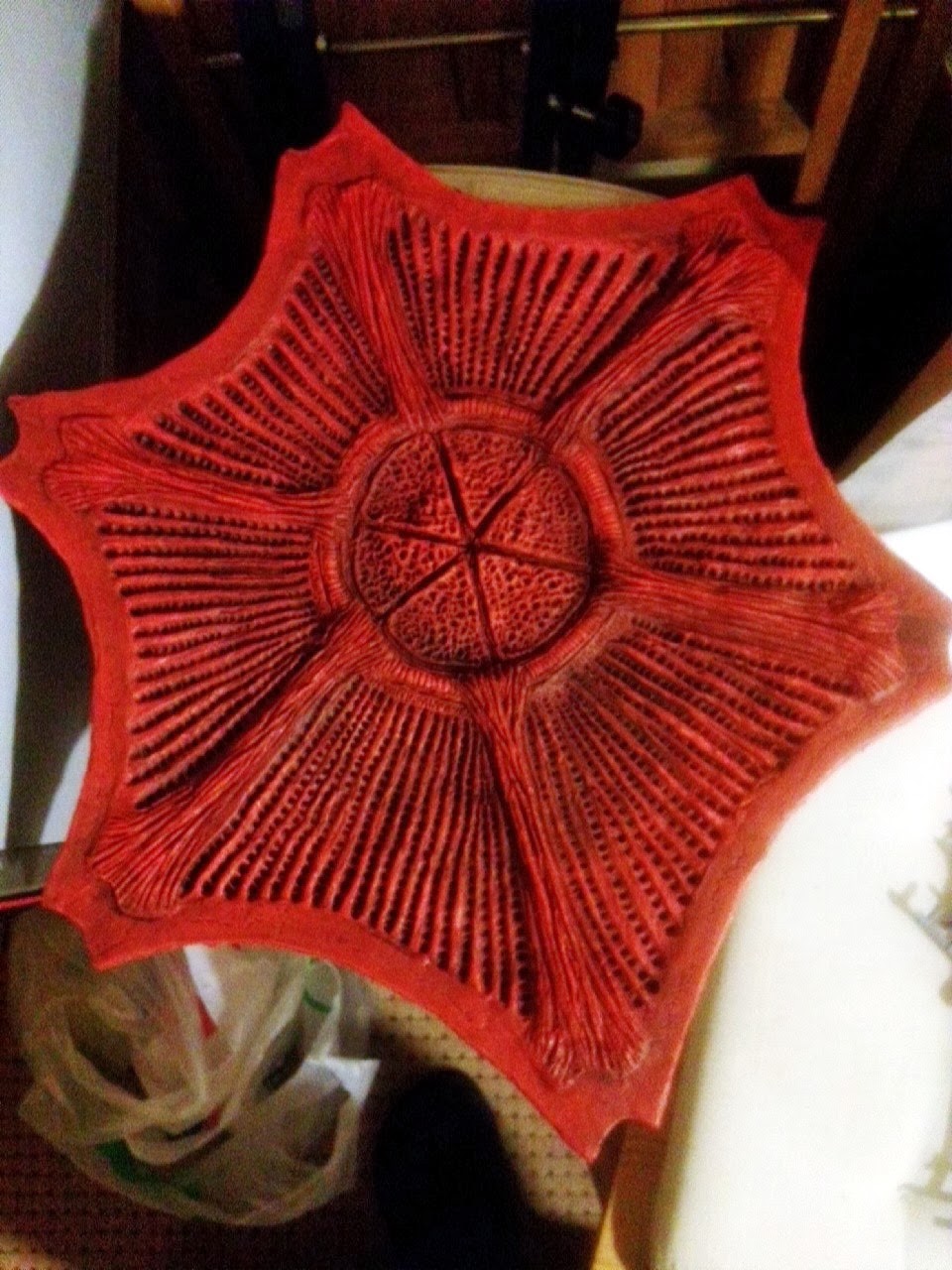 Now I'm hoping whatever sculpting I do on the walls will hide some of the mess on the join but the resultant texture and cracks on the edges are considerably better than the masking tape alone. The flatness is a compromise but I think I've done enough that it will only be something I'll notice and if I can live with it then others will overlook it.

With the usual quick progress when it comes to painting my flesh colours, it's mainly based on the same Vermilion craft acrylic I do my Red Planet Basing and there's just so much I have to paint I use a big brush and this means it's painted so much quicker. The Vermilion was highlighted twice with white and I cut in some Bonewhite for the Sphincter ring, I'm not sure biologically speaking if that makes sense but I wanted to break up the expanse a little bit and it gives the Capillary support something to hold onto. 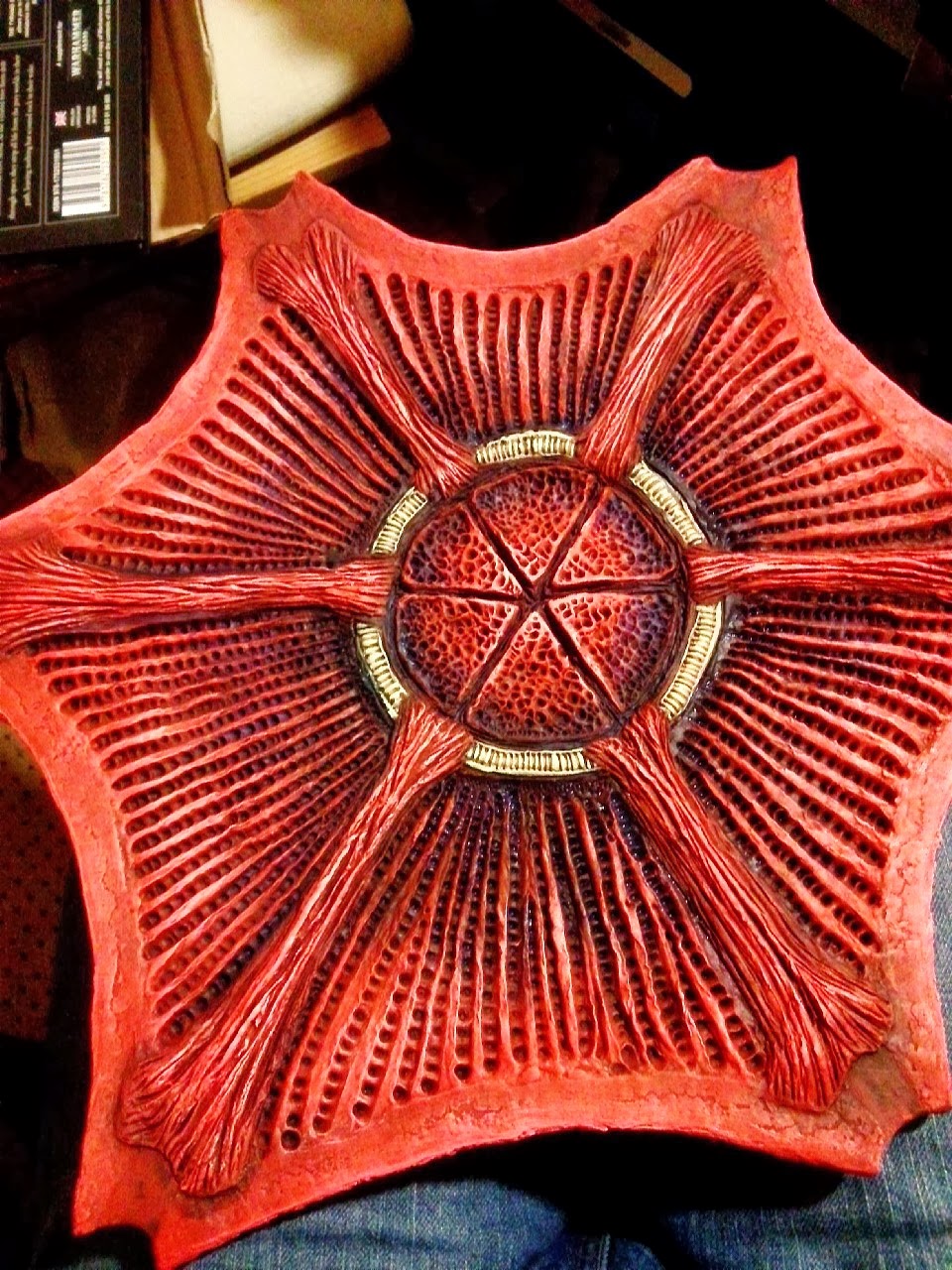 I introduced some blue and purple into additional thinned paint washes. I wanted the sphincter to be subtly different, like the roof of the Bastion. I then did a quick dry/moist brush with Vermilion over the blue/purple to smooth the transition. The washes were all in the stretched bits to highlight the Capillary supports and lift them from the surrounding flesh colour. 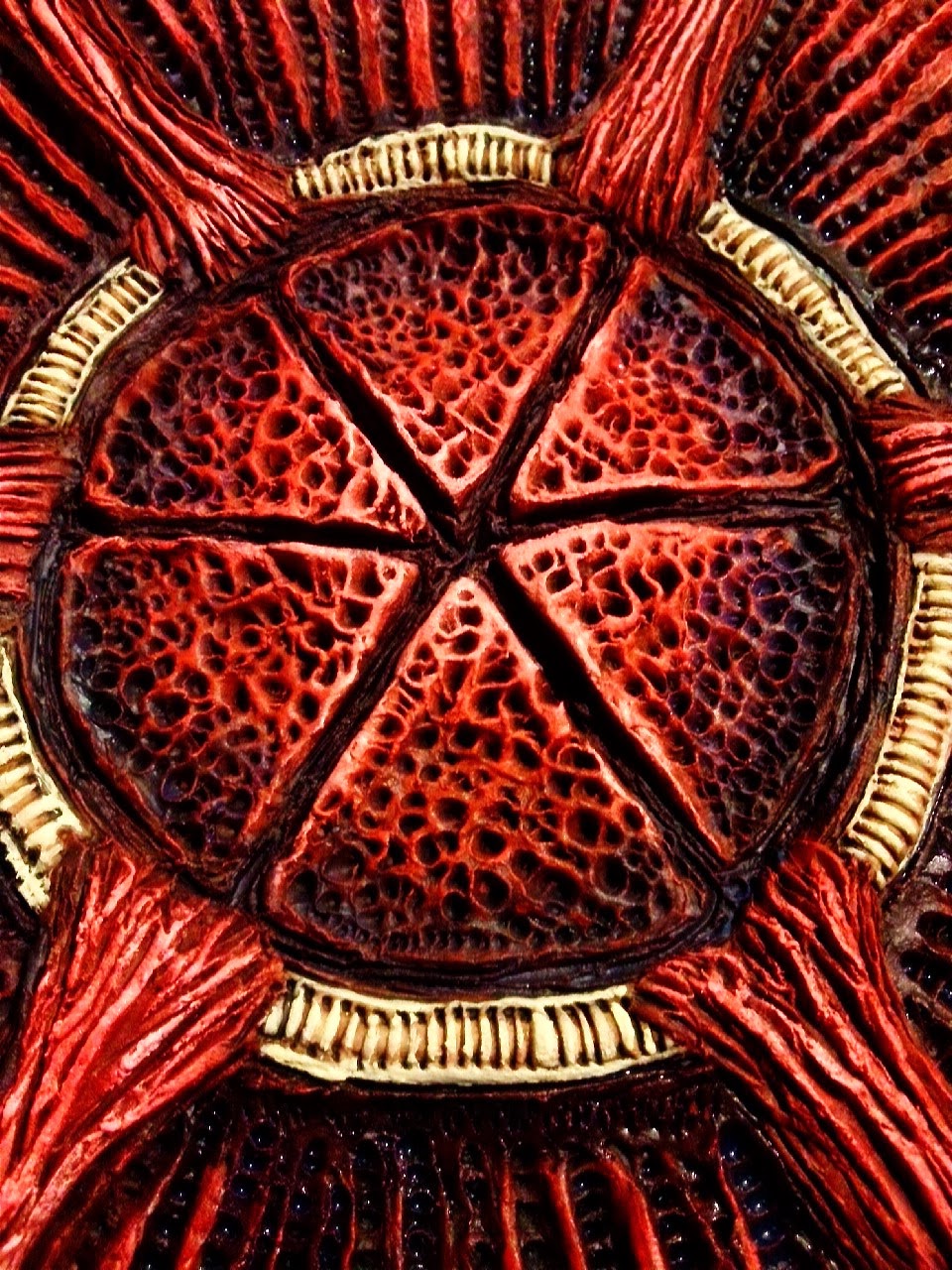 Here's my test fit of my first wall. I added extra pieces of plasticard at the end, using sprue as additional support. Then I had a piece of clear plastic sheet that came wrapping my son's birthday cake. I've cut it to fit and will add Milliput flesh strands across the divide. I think I went a little short on this one. I was aiming to be Termagant head height but the Imperial one is much taller and I think I should probably add around 8mm to the others. If I'm clever I think I can add some extra height on these with the Milliput strands. 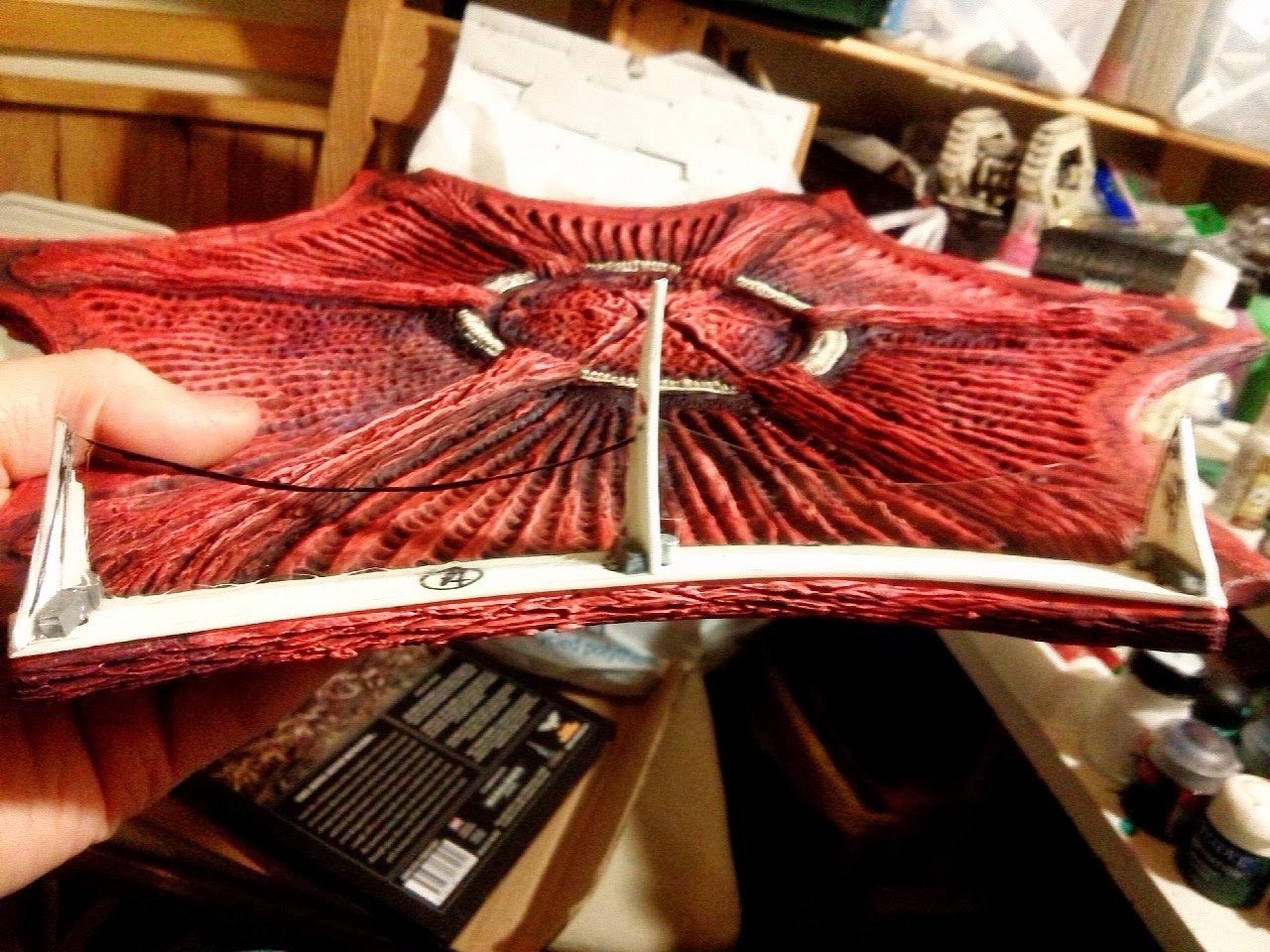 I'm obviously less concerned with the walls as a priority as it's playable without, only I'm sure if I don't push on with it I won't bother. Building the wall supports are quite fussy and making the strands will probably take about a nights work each, as I'll have to do both sides. I've also got to make sure I don't leave too much of the Milliput exposed on the rear view when I won't be able to paint it - I'll see the Terracotta. I'm hoping Tamiya Clear Red X-27 will solve the problem.

And lastly I utilised the cracked PVA/Plaster to create some veins around the edges. 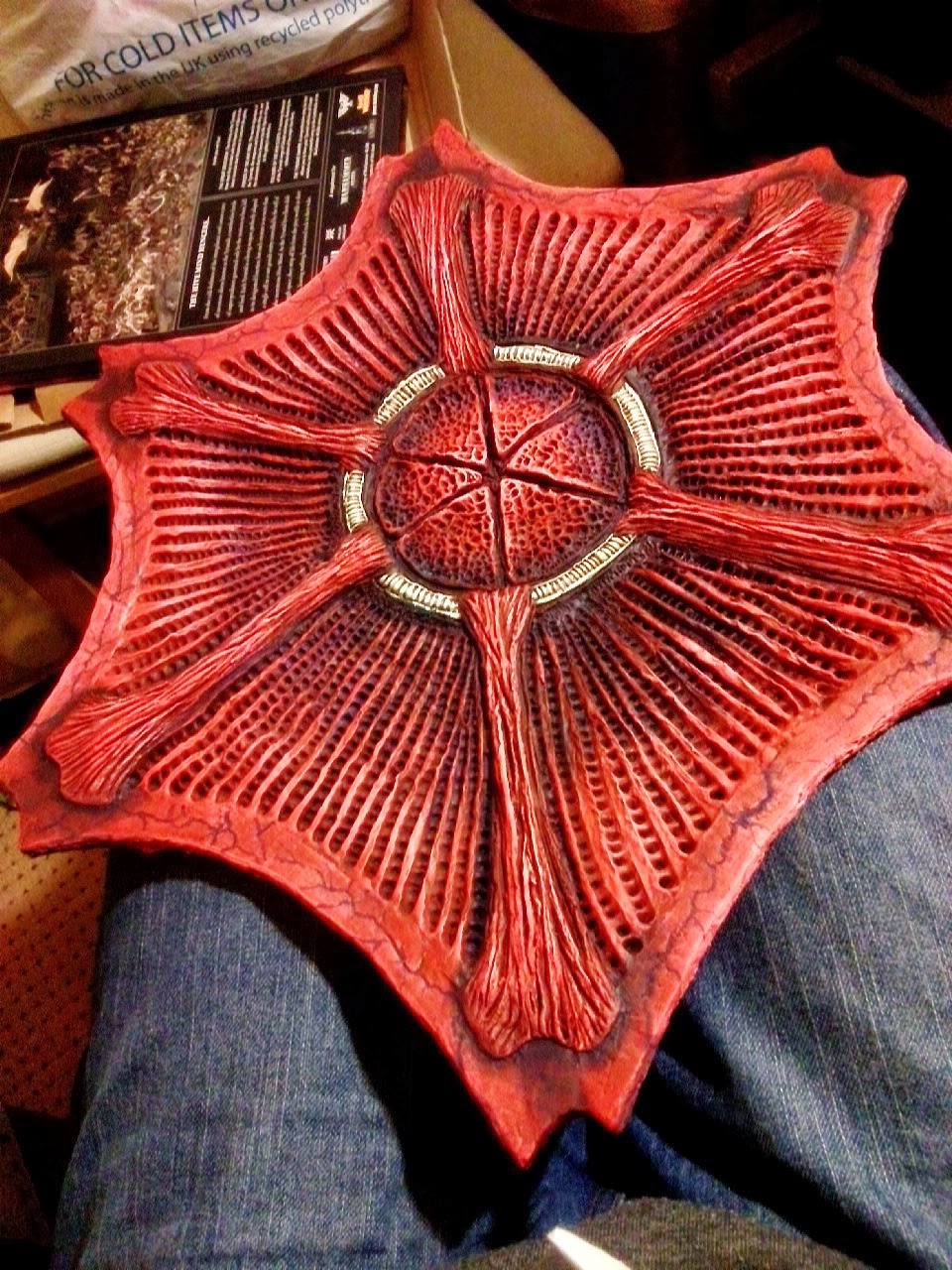 Just thinned blue paint just to add some more dimension to it. 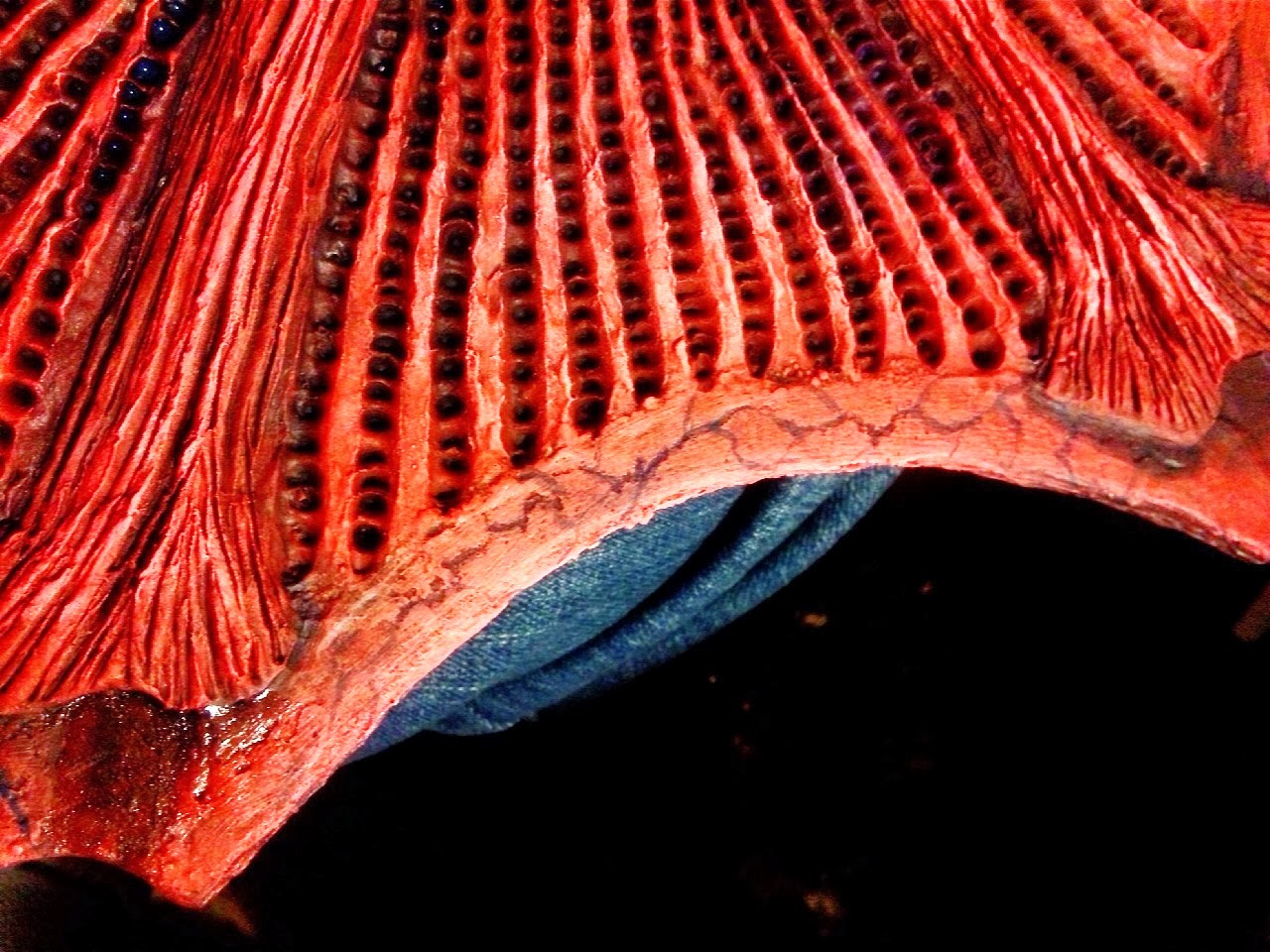 Next step - matt varnish, then gloss varnish and then Tamiya Clear Red X-27