Another short but highly important update. Here I've magnetized the base of the Skyshield detachable walls. Having cut the strips of plasticard to fit I then added a magnet just off-centre of the middle of the arc. I removed a chunk of the foamboard and hot-melt glued a corresponding magnet inside the core. This way the cardboard and glue should hold it in place so it remains solid. 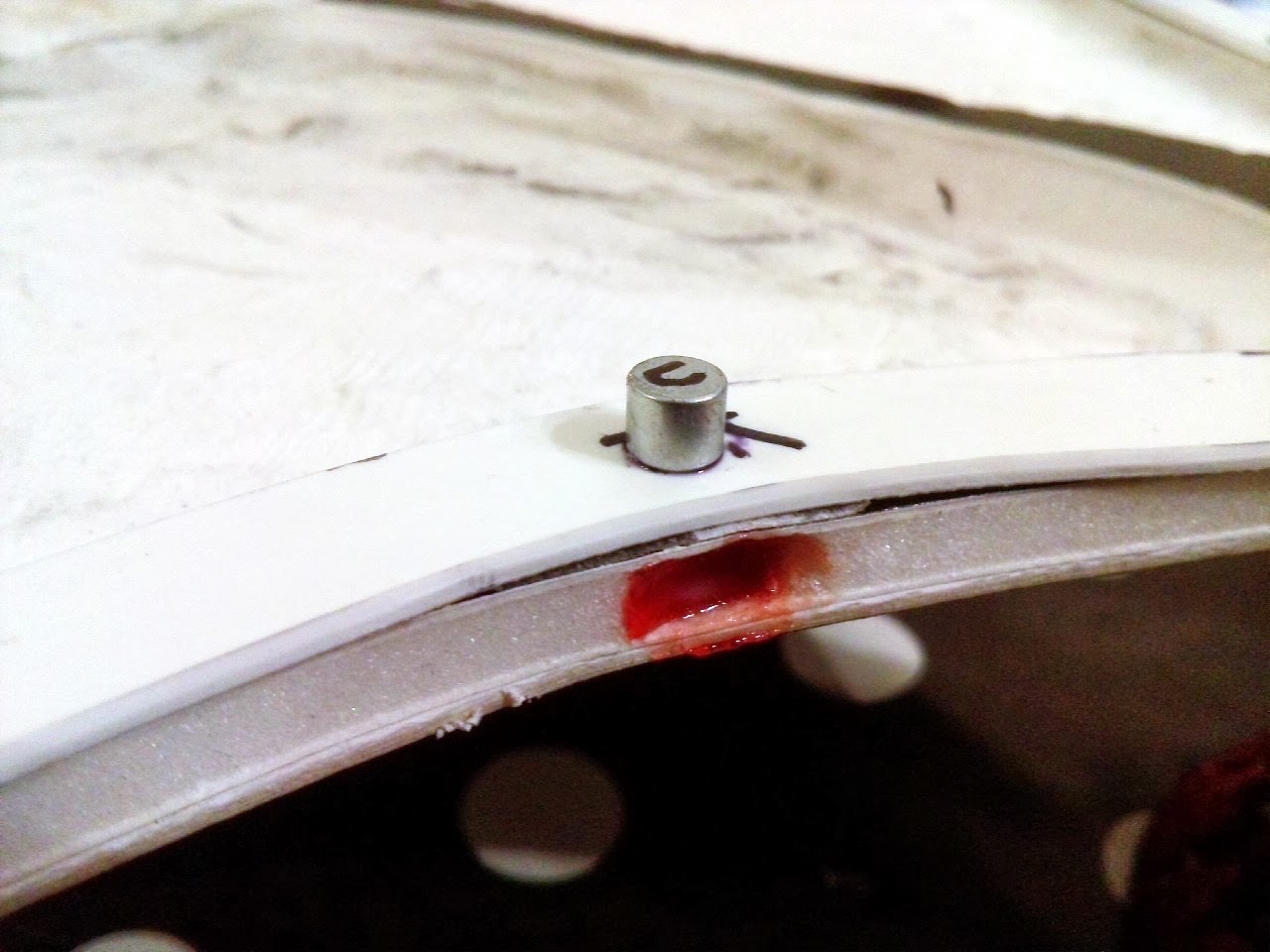 I thought about adding two magnets at each end but thought this overkill and in reality having one in the middle works better as when the plasticard chooses to not sit flush with the landing pad it is usually bowed up in the centre. The magnet pulls it down flush. The only wall arc that went awry is the one nearest the camera below. For some reason the shape of the arc is a bit wonky. having printed out a template I stuck this to the foamboard, then made a 12-14mm inset all the way round, this was cut out to when I used my dremel for all the sculpted areas. The remaining edging strips formed the templates for the plasticard versions but somehow arc 'F' [as it's known] must have moved when I was tracing it onto the the pasticard, still nevermind, it'll do. 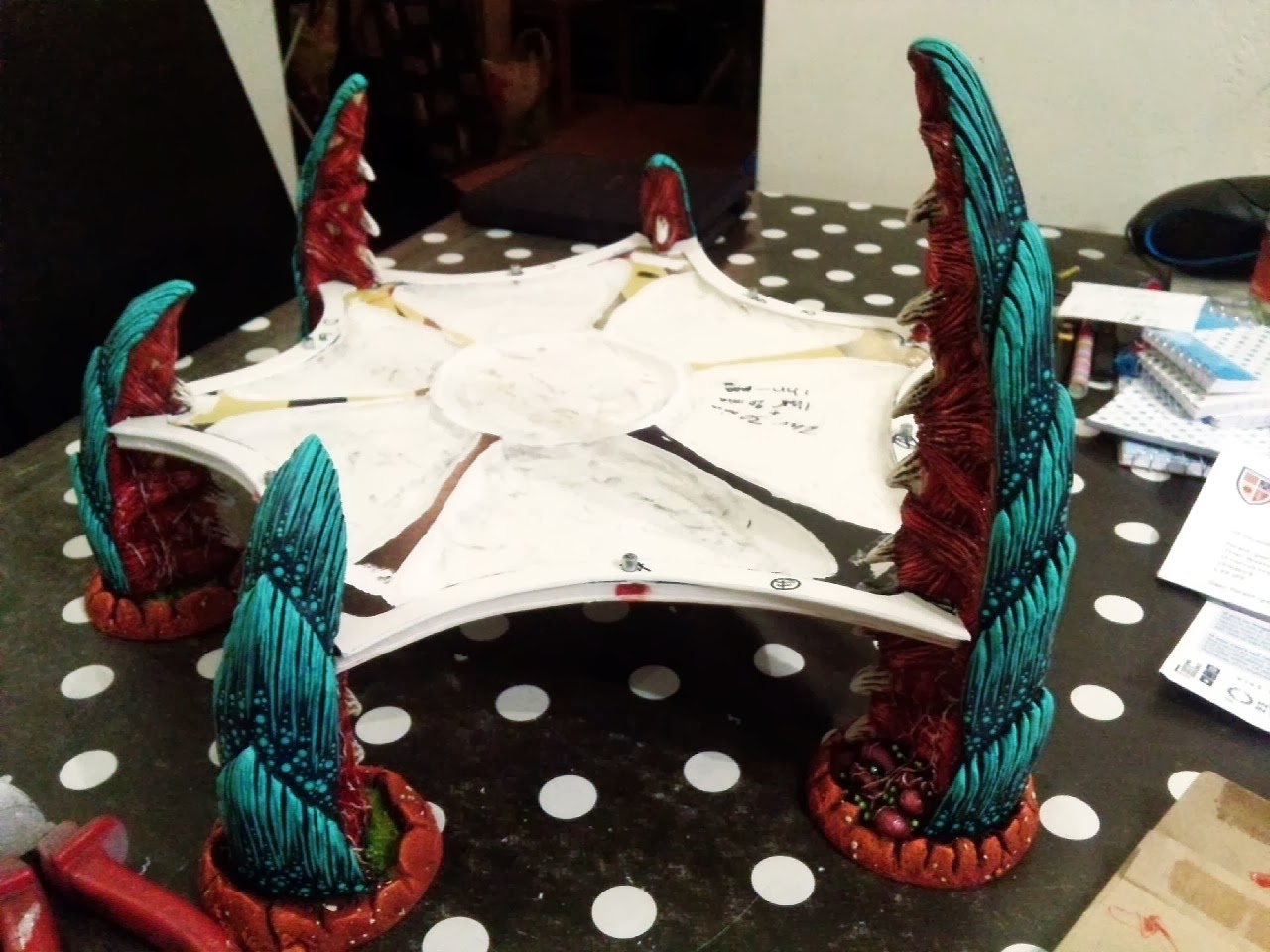 Next up I'll be starting the clay sculpting on the pad, something I'm looking forward to. This whole magnetizing aspect was preventing progress so although the hour spent doing it shows very little progress it's quite a hurdle overcome. However, the creation of the forcefield walls is an equally big hurdle but I can deal with that after I've sculpted the pad at least. 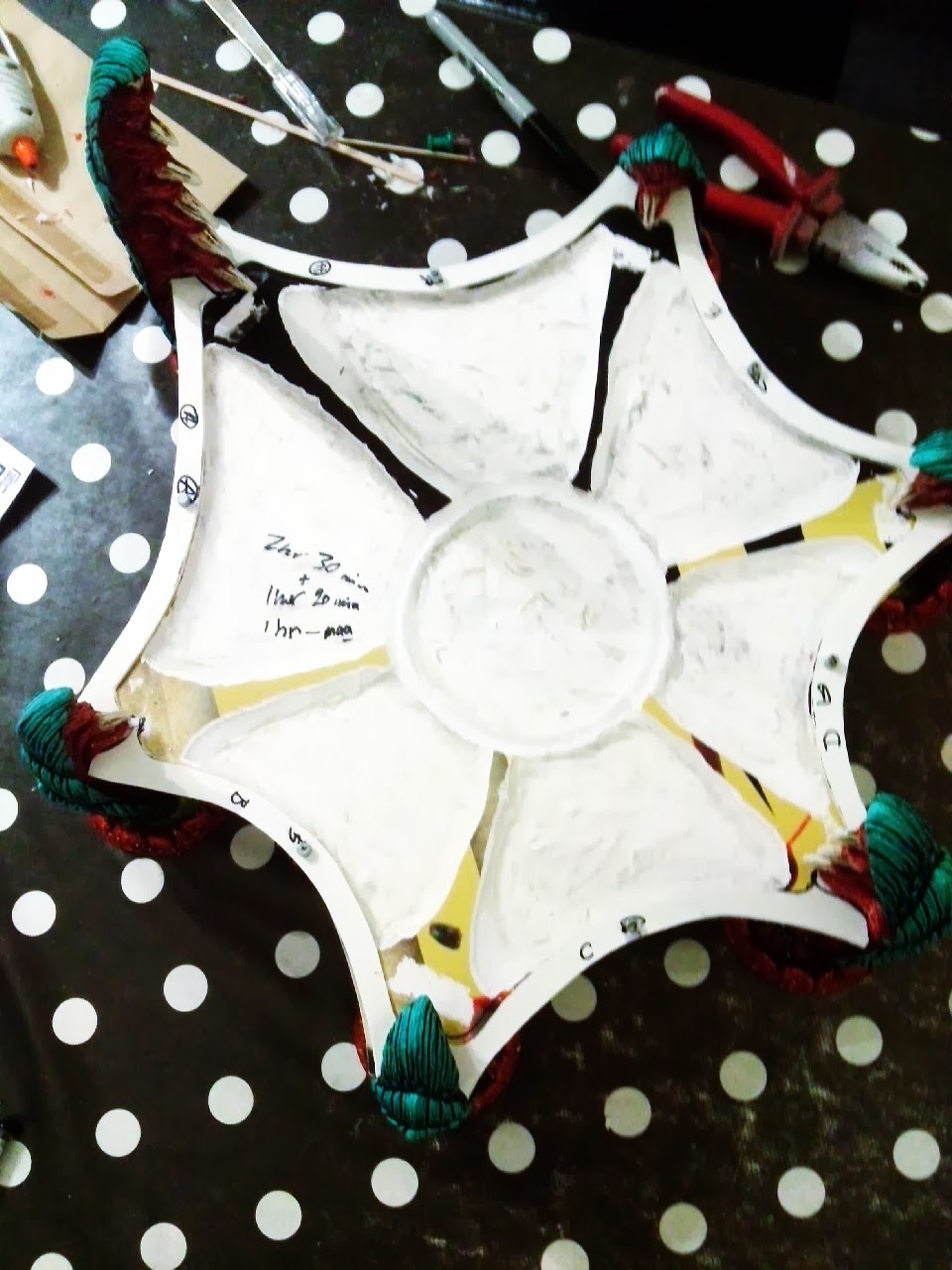 Handily I wrote on the pad some additional effort. The 1hr is for the magnetizing and then absentmindedly I retro explained the other two efforts as 'min' thinking I'd written 'max', look I am doing this at 11ish at night. The 2hr30 I think has already been added in my last update, but I think the 1hr 20 is some additional time somewhere, I'm not sure for what so lets just add it move on. 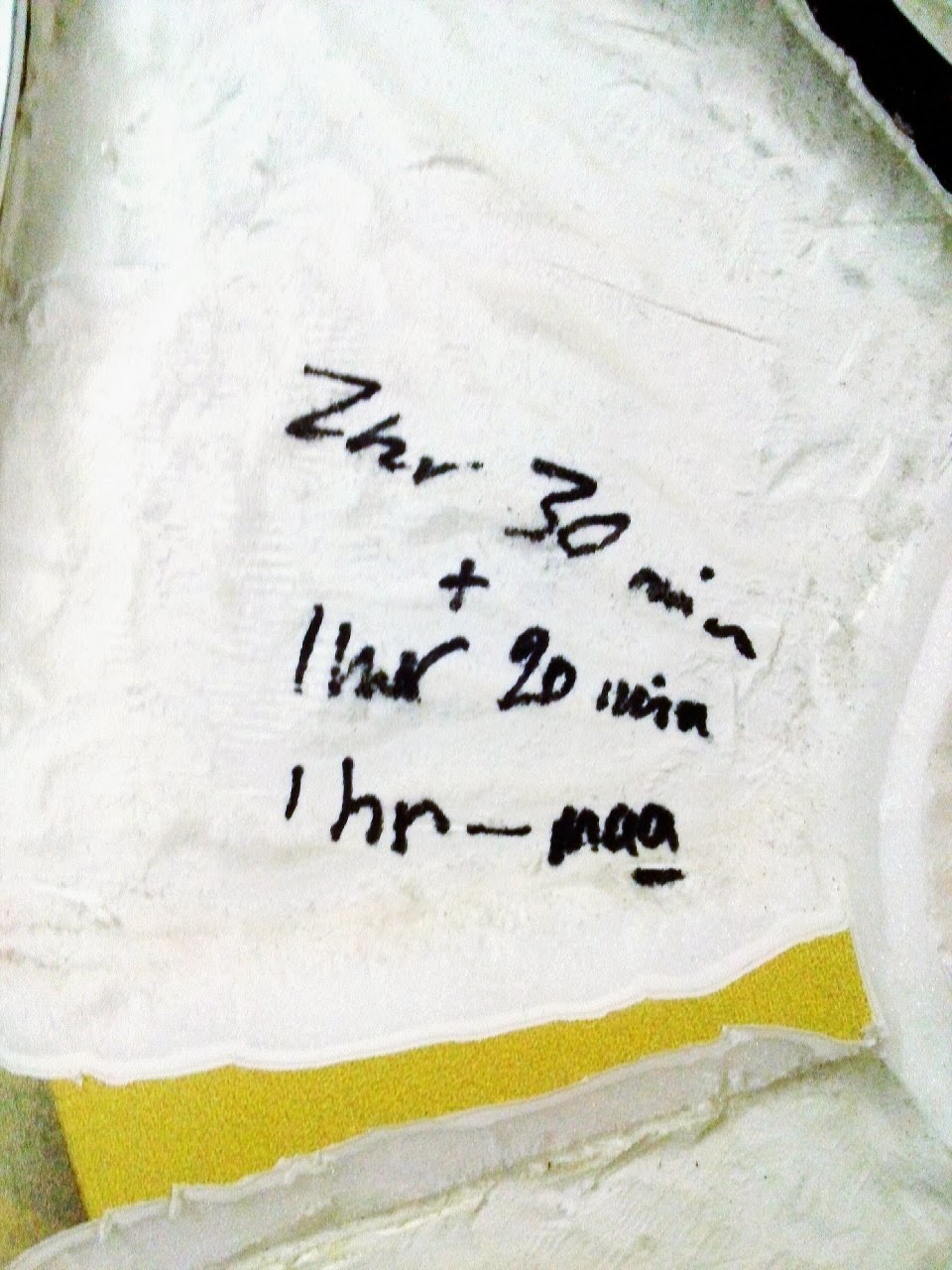