Heldrakes are kind of a big deal and you'll find that a lot of Chaos players want more than one and when it comes to that second robot daemon dragon a Nurgle variety becomes very appealing. I've seen some awesome attempts ranging from a straight scratchbuild to the inventive kitbashes that have been achieved with the Arachnarok Spider, enter stage right for my mate Liam's take on this beast. 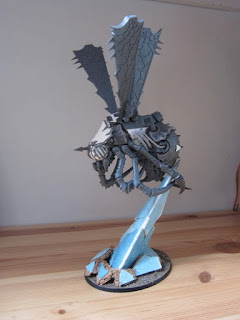 As you can see Liam has managed to combine many of the Arachnarok Spider parts with elements of the Heldrake and I think the Storm Talon too. He's managed to blend the various components with some quality sculpting and his own cast resin elements for the custom flying base. 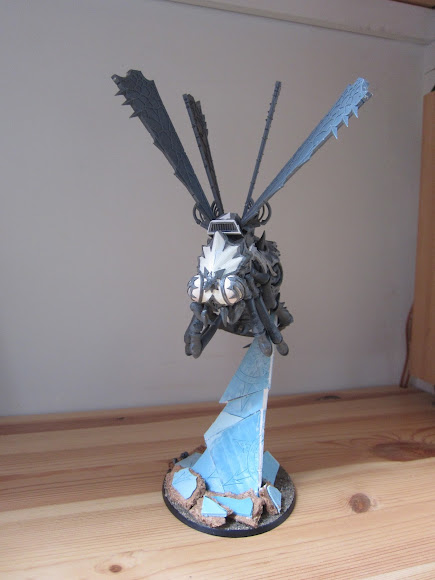 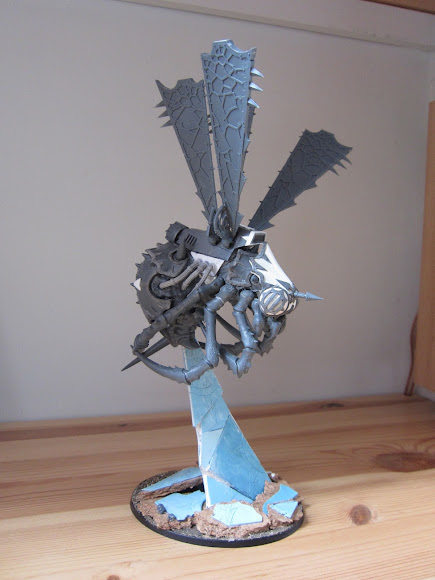 The rear view shows some artfully positioned plasticard triangles that will create a chaotic mark out of the beasts abdomen. 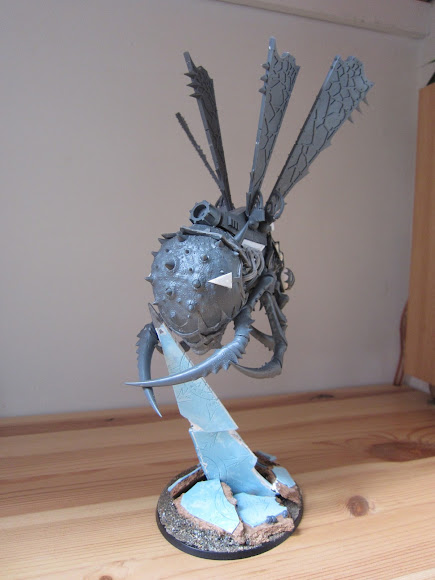 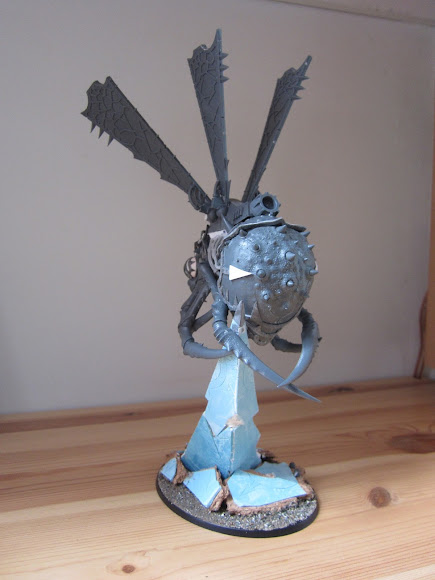 A close up of the Heldrake's head really gives the impression it's a giant robotic daemon engine. 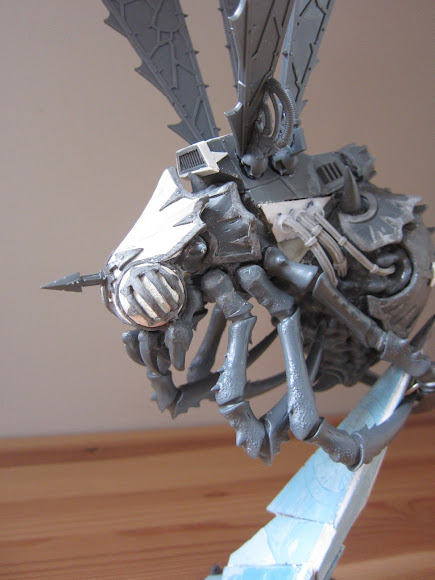 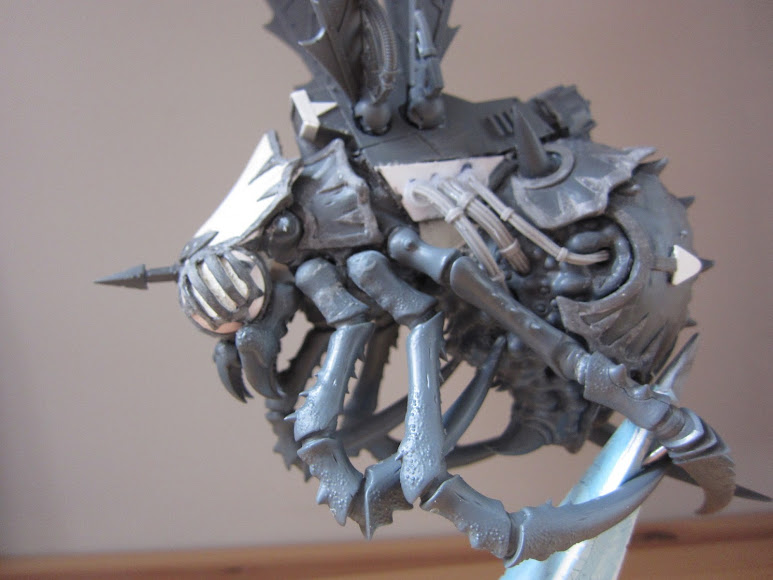 For some reason I couldn't judge the scale of it though, the oval base didn't convey the sheer size of his endeavour so I asked him to include a miniature so it can be judged and I think you'll agree it really fits the bill for a Nurgle Heldrake. 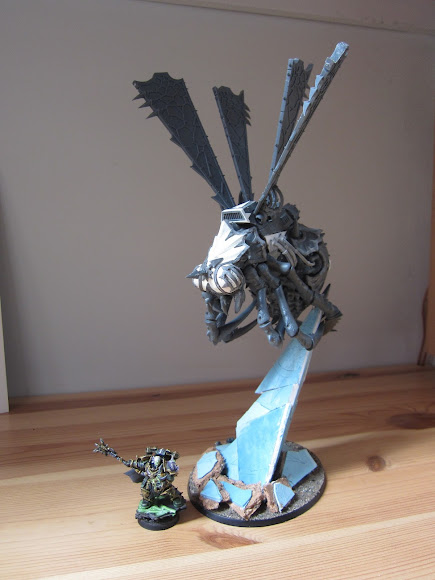 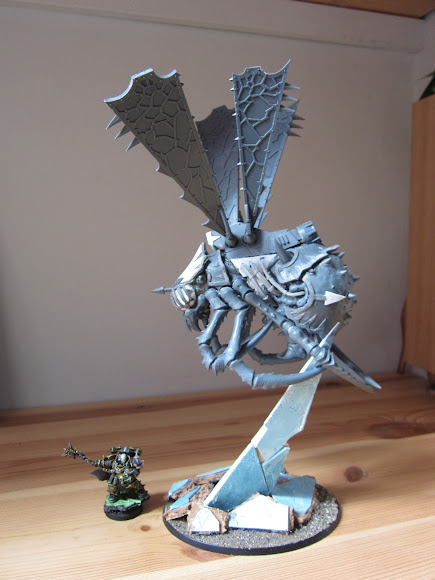 No doubt I'll have painted pictures in my in-box soon, can't wait to see them although I could quite happily wait a really long time before I see it gracing the battlefield!