If you're bored of my mate Liam's work then what's wrong with you? I've still got another couple of posts worth of his work but here's his continuing Nurgle efforts for his Chaos Space Marines. I like the sneaky way he chose CSMs so he can have his Khorne army then introduce Nurgle elements and then end up with a Nurgle army too. I wouldn't put it past him to start seeing either of the the other two ruinous powers turn up.

Anyway he's tweaked Typhus a bit. I believe he was underwhelmed by his apparent stature so has gone about 'engorging' the model. 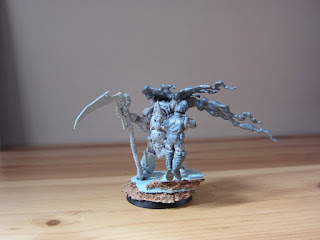 He's obviously introduced a victim for the Lord to take out his vengeance upon and mounted it on cork with some of his cast chaos symbol floor tiles. 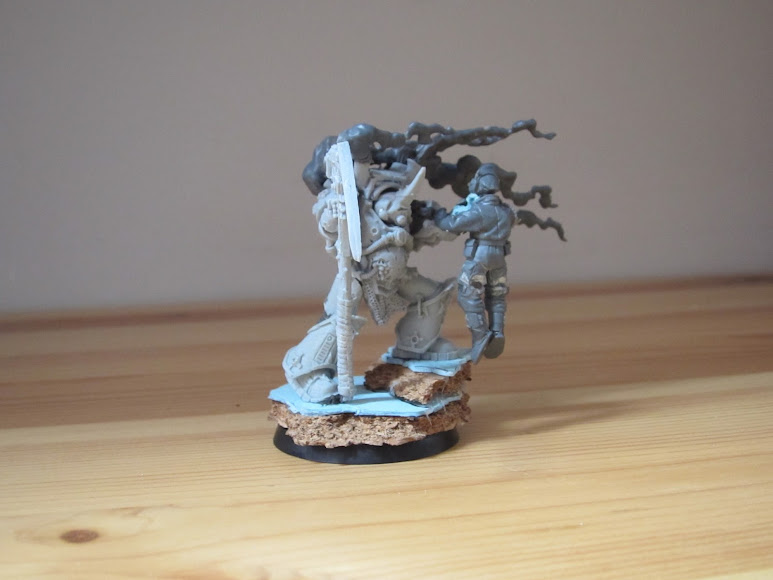 Also some pestilential smoke billowing from his back vents and some grey stuff added to achieve the pose. 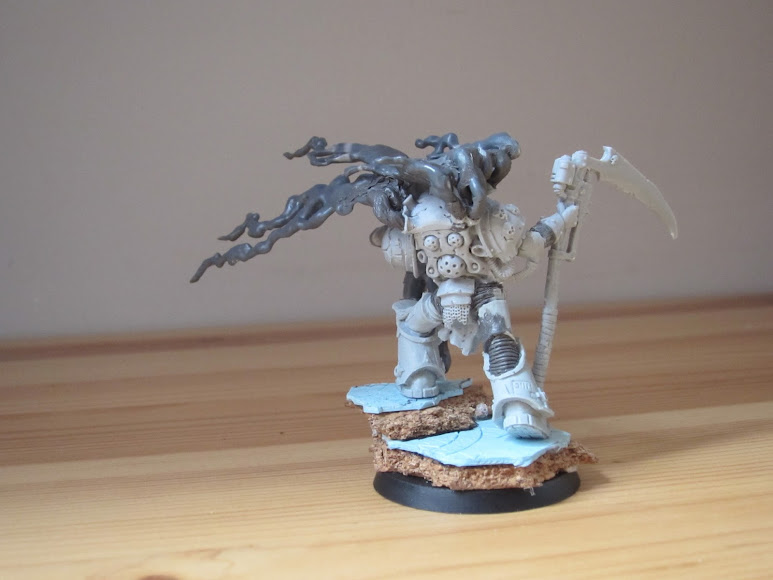 Can't say I envy the Guardsman. 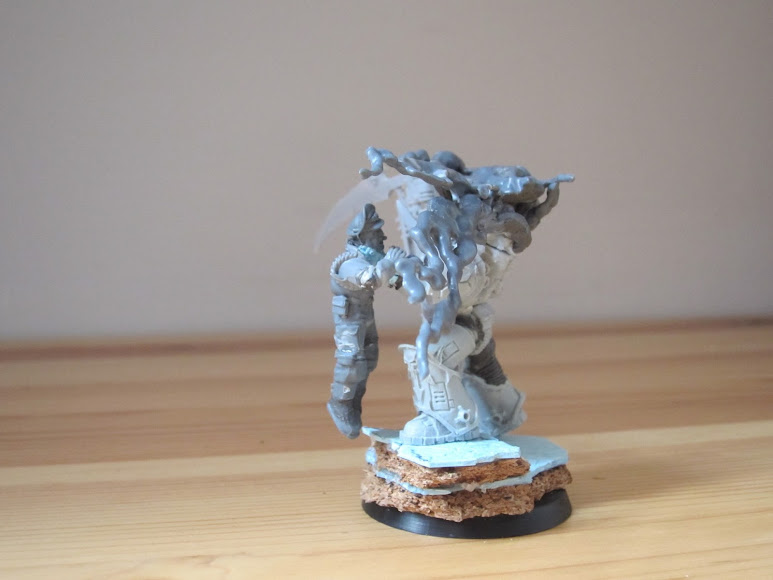 As you can see Liam's managed to create something that represents millennia of fighting on behalf of the chaos powers, a beast of gigantic proportions compared to even a Chaos Lord. 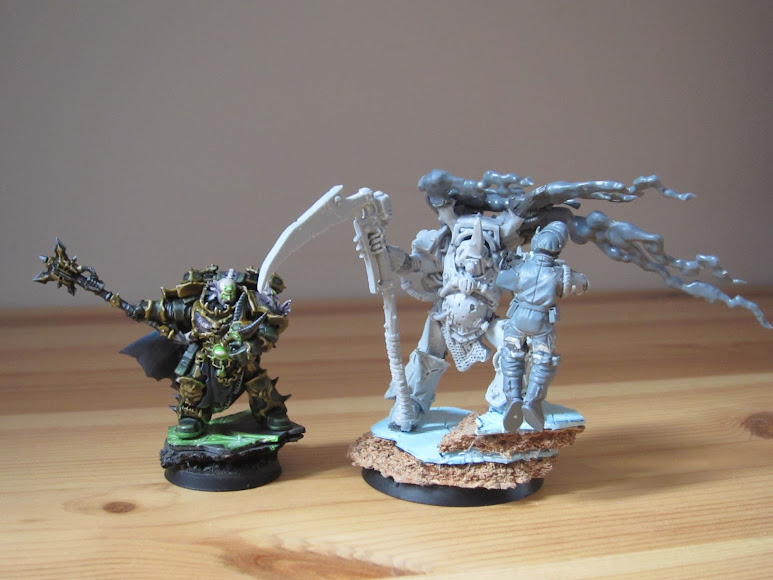