Afternoon #WarHamFam and #WarhammerCommunity I've been #PaintingWarhammer on these #Oldhammer Tyranid Warriors, now Tyranid Primes. Definitely worth updating them and upscaling the base from 40mm to 50mm for yet more height. 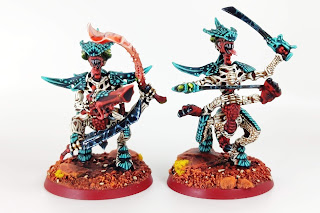 I did get lazy and not add any yellow highlights to the Adrenal Glands on the join between abdomen and thorax. All the Termagants are highlighted this way and it looks cool, but I thought it would create an unnecessary focal point. 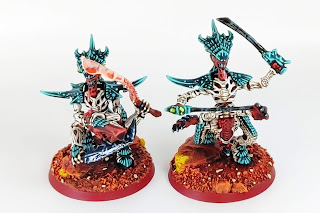 Really the gland is only there to bulk out that area, as it looks a bit weedy otherwise. I'm honest, as much as I like the design there are some parts that don't quite work and I'm sure there are much better ways to bring them in line with the new design but my efforts are easy and still effective. 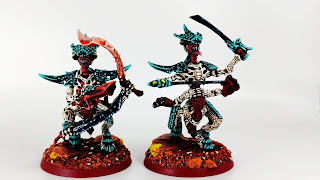 For instance I added Tyrant Guard crest piece on it's back. This wasn't on my original kitbash, but I had the piece and fit really well on this one. I did leave the boneswords untouched from the original paintjob. 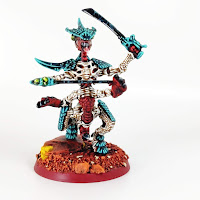 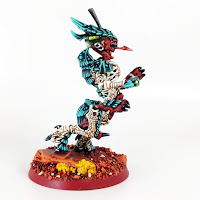 I mean it wouldn't have taken much to highlight it improve it a little but I wanted to hold onto some of what I had done so long ago. It's not perfect, but it's a true reflection of what I did then. 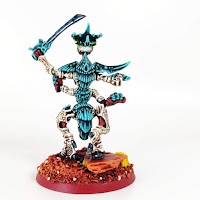 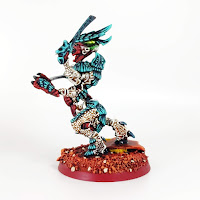 The second Prime I kitbashed and there wasn't room for the crest on the back. I did swap out original bonesword kitbashed lash whip. The weapons themselves I am happy with. 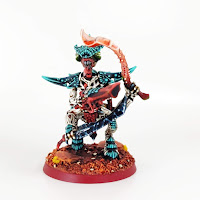 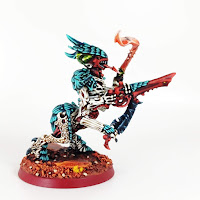 But the arms are a bit too chunky, which is odd as they don't appear so obvious on the smaller Warriors. I guess it comes down to build - these Primes are taller and more slender, whereas the Warriors are shorter and stockier. But it was the right decision, for consistency across the models. 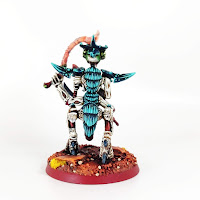 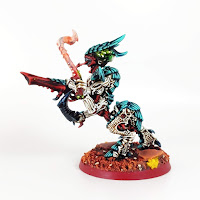 Here's my progress diary, a month for 11 medium sized models is OK for me I think. I mean it felt neverending and that's despite my being 'at peace' with my scheme and the process. The diary helped and hindered. It let me understand how long things would take, but it also estimated how much I still had to do and when I would finish. When you're in the middle and know there's still 2 weeks worth of work left that can be daunting. 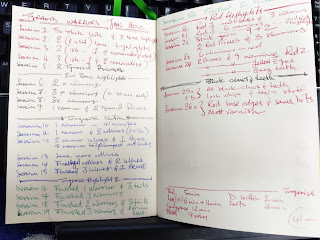 But, it wasn't just Warriors and Primes, I did this Spore Mine too. 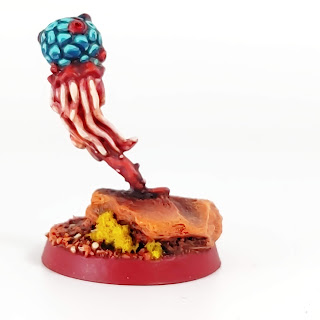 I played a bit with the pink, alongside the lashwhips. It's nothing special but I no longer have to look at it's stupid unfinished 'face'. 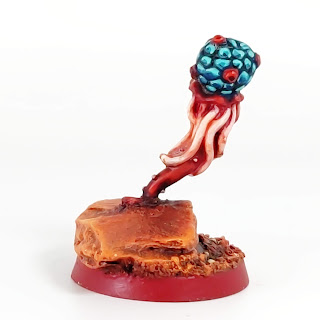 Upon completion of all these I took some time off. All Marvel shows on Netflix were being removed so I thought I'd try and catch some of them and binge watched The Punisher. I was actually angsty to get onto my Talonmaster - a motivation I was surprised by and worried it would dissipate while I was taking a break. Luckily that would not be the case...
Posted by 40kaddict at 12:00