Afternoon #WarHamFam and #WarhammerCommunity I've been #PaintingWarhammer my Ravenwing Talonmaster. I have, but technically these are not what I painted. These parts were painted of July last year and for reasons I can't recall I didn't share the progress. 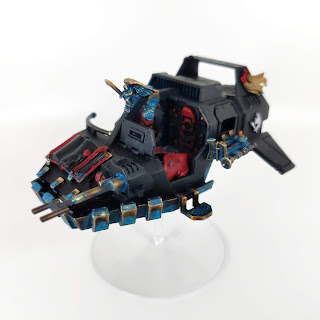 Having completed the fussy bits of blessed verdigris and orange glow FX I was left with highlighting the black which killed my progress stone dead. 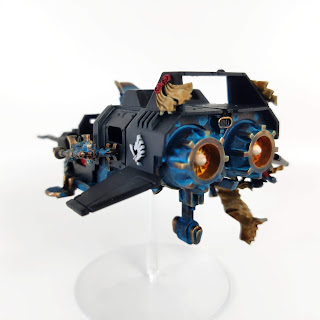 In fairness I was building a lot of stuff and finished off my Macragge Tactical Squad, which was a challenge in itself. But something about the prospect of the black highlights did nothing for my mojo. Luckily I did have plenty of projects to keep me busy, it's just a shock when you realise this has been on hold for 9 months! 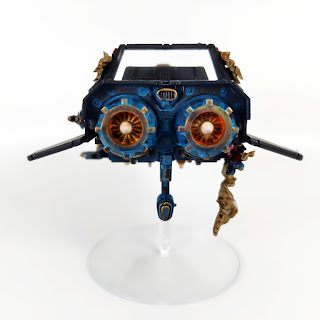 Now, I went a bit overboard on the blessed verdigris, far more than I previously added to my Land Speeders, but this is a special one, so deserves more blessing. 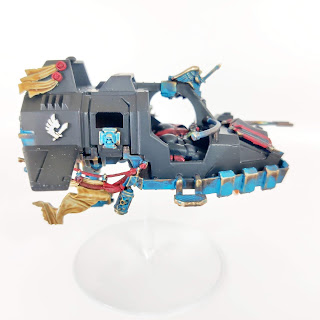 It looks worse than it does in reality actually, but even so I was shocked how generous I'd been with the AP Hydra Turquoise. 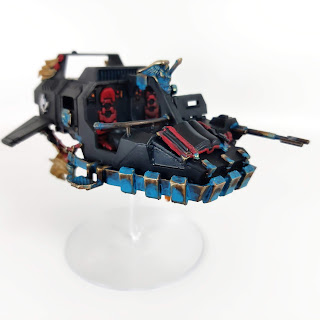 But it works on angel 'hood ornament'. I was dubious about using it but I think it works, so I'm happy now. 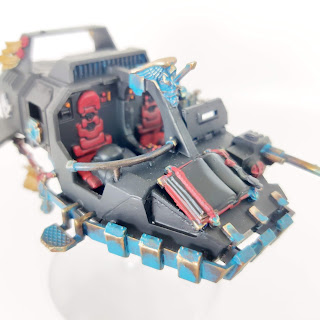 I know I'm a little inconsistent with my plasma, jet and maglev glows. Actually I'm consistent as I use orange for all of them when they're different tech, but it looks cool and I'd rather not have loads of blues, purples, reds and green glows [he says with red light glows]. 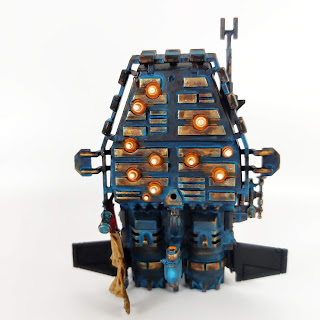 Whatever, the palette didn't need a load more colours and I surprise myself sometimes with how this orange comes out. 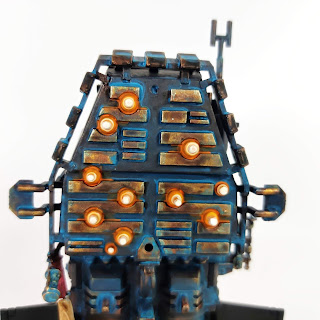 Of course, it's underneath so you're not really going to see it, which is a shame as I think it's pretty good. 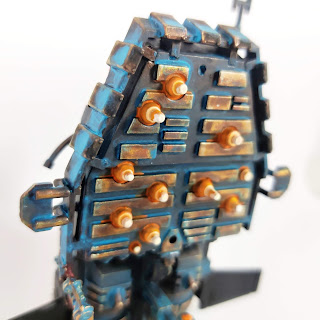 Anyway, I have started the black highlights so we'll be more up-to-date with our pics next time
Posted by 40kaddict at 12:00